3 Ways To Understand Your Man, His Ego and Why He Pulls Away

Guys can be hard to understand - especially if you think you hurt his ego.

And when you're curious about someone else, or even a group of people, you're going to find yourself learning more about yourself along the way.

Are you ready to discover something about MEN that you didn't know before?

Flip on your curiosity switch and let's get started... 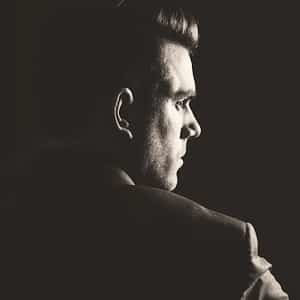 In general, a person's ego is the part of them that gives them solidity and identity in the world. It's what allows you to function normally in a world of "other egos."

Yes, even women have egos.

And in spite of common spiritual beliefs, you can't get rid of your ego here on planet earth. You need it to endure the struggles of your life.

For a MAN, however, his ego enables him to do what men do well:

- Overcome challenges and hurdles (domination of his environment)

- He lets the women and children go first...

- A woman can defend herself from an attacker, but a guy walking next to her keeps her from feeling that fear to begin with...

- He's quiet when there's nothing to be said... 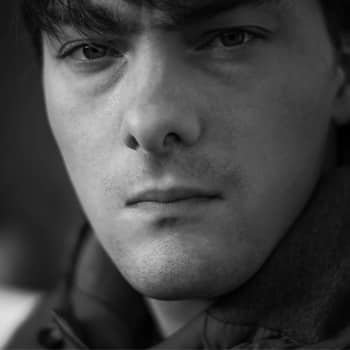 So if we recognize that egos are necessary, we realize that a man's "enhanced" (AKA - larger) ego is a benefit, not an encumbrance.

I've spoken to many a woman who feels that a man's larger ego is something she needs to take on and actively fight.

To some of these women, it's like something that should be crushed under her high heel shoe and then set afire. It's almost as if a man's sense of self is offensive in some way.

Time for a reality check...

Of course, you never want to hurt a man's ego.

YES - a big ego is the foundation of all the obnoxious behavior in the world. I get it.

Some guys just never really have their ego put in check. As a result they seem like they could use some humbling.

But here's the Truth that so few speak about:

UNDERSTANDING MEN - 1: His ego isn't what you think it is...

A man's ego is extremely fragile. His ego is the structure around which he builds his feelings of competence and purpose in the world.

AND - a man's ego is NOT what he actually thinks of himself!

Oh, I know it seems like guys have this inflated self-opinion.

But in reality, it's a kind of mutually agreed act that we men use to get on with the business of life. And we use our ego to broadcast an aura of self-confidence.

Now, I have to reveal a little secret that men won't admit: Women have more influence over men than they think. 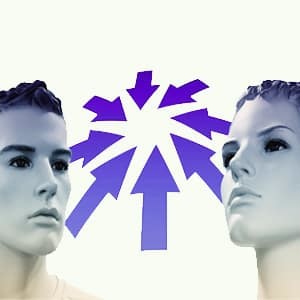 Let's take a look at how boys grow up...

- During his first 5-6 years, he's attached very closely to his mother. All of his self-esteem comes from her - and also all of his weirdness and issues.

(This is why I always recommend to women to look FIRST at his connection to his mother when you're dating a guy. It will tell you 90% of his character.)

A boy during this stage is living for his mother's expectations. He's trying to live up to her ideas of him.

If a man puts himself "out there" for a woman, and she unintentionally sticks a pin in his balloon, he will not come back to her with love anymore.

This is when he will likely pull away from her.

(For more information on how this works, go take a look at my video on The Connection Code.)

A woman's version of this vulnerability is to share her feelings with a man. A woman believes that a man "gets" her when he understands her feelings and her emotional life.

But a man doesn't focus on feelings. To a man, his soul IS his purpose and abilities in life.

So he ignores feelings in lieu of this driving force.

Can you see how a disconnect is created here?

UNDERSTANDING MEN - 2: Why he grows cold and pulls away from you, and disconnects... 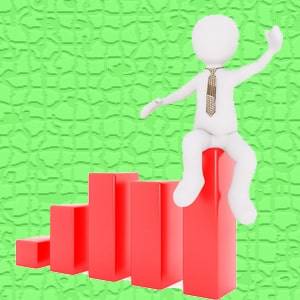 Even if it seems like it's silly or wild thinking.

And what many women do is take this talk as being serious, and they shut it down.

He says: "Someday I'd really like to open a dojo, and teach the martial arts to people."

She thinks: "Oh, boy. Another one of his pipe dreams. Seriously?"

She says: "That's kind of irresponsible to our family, isn't it? I mean, how do you expect to make money at that? Come on, honey, you haven't even gotten your black belt yet!" (She tries to soften it a bit at the end, but it's too late.)

He thinks: "Ouch. I thought she had my back here. And now she's gone and shot down my idea. Even if it wasn't that serious. That stung."

Men interpret words literally. "Irresponsible" is like a punch in the groin. Calling a man irresponsible is like calling a woman a "slut." It wounds deeply.

He says: Nothing. Shrugs, disconnects, and walks away. Quietly resolving to not share like that again. At least with her.

There's another great lesson here, and it's how to get men to DO what you want him to do.

In the world of men, we DO STUFF all the time. We would rather DO something than talk about it.

For example: A guy has a male roommate, and that roommate won't wash the dishes. Guy is nice and asks roommate to do those dishes, but roommate keeps "forgetting" or some other lazy excuse.

Guy jokes (with a serious edge): "Next time you forget, I'll just leave you a reminder."

One day, Roommate doesn't wash dishes AGAIN. Guy takes all the dirty dishes ... and puts them in roommate's bed.

Roommate now gets it and washes the dishes.

Now, that scenario requires that the two of them be on relatively good terms with each other.

BUT - this is how men interact all the time! We don't talk about it over and over, we just DO something about it. 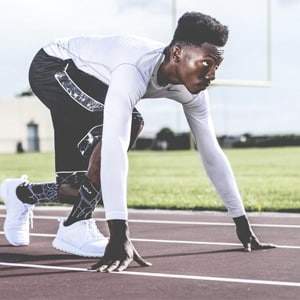 And you can apply this technique yourself to your own relationship to get him to do those chores he just can't seem to "remember" to do...

Don't use your words. That won't work for most guys.

It goes in one ear, out the other. Simply because talk seems empty.

Instead, take some ACTION and you'll see your man respecting you in a new light.

UNDERSTANDING MEN - 3: A man's built-in purpose is to please women...

You ever wonder why guys throughout history have worked so hard to impress women?

It's because we have a built-in part of us that needs to DO.

WAIT ... Hold on. Before you start trying to understand this, recognize that you may not BE like this.

Most women don't understand men because they simply AREN'T men. 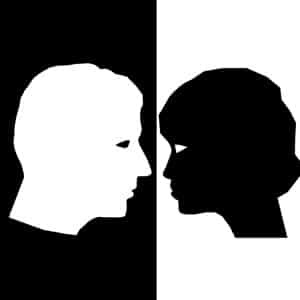 The same way most men can't grasp a woman's struggles.

You can only ACCEPT this as The Way It Is.

Sorry, but that needed to be said..

Now, back to his Purpose:

Men will work very very hard for your approval and acceptance. We NEED to please you to feel good about ourselves. Kinda crazy sounding, huh? But it's true.

So the key to getting a man to stay with you is to give him the ability TO PLEASE YOU. To make you happy.

Mind you, this isn't about you chasing him and trying to meet his every man-boy need. It's about letting him work for you.

The problem is when a man doesn't seem to respond to a woman, she then tries to get him to connect by force of conversation or other methods ...

...and finally she starts to reverse the chasing - running after him.

Yes, approval seeking is always UNATTRACTIVE. It doesn't matter who is doing it.

But you have to understand that men do what they do (including the crazy stuff you can't stand) to get your approval and acceptance.

BONUS: You want to know why he "man-splains" things to you?

It has NOTHING to do with the distorted media blowup of this phenomenon. It is also not nearly as douchey as many people seem to interpret this behavior. 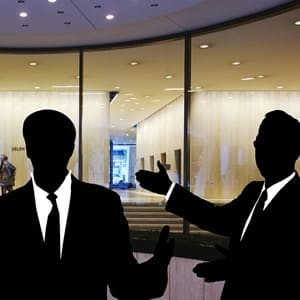 If you have had more than 20-30% of guys in your life who "man-splain" something in an arrogant or condescending way, you need to cycle these guys out of your life. There aren't that many out there.

Most men explain things to women not because we think you're a frail naive object of complete helplessness... We explain them because it makes us feel good to KNOW something that we can share with you.

We want to impress you, yeah, but we also want you to feel that we're competent men. That we can take care of you when things get tough.

And face it, so few women give men the opportunity to BE men these days. It's become extremely awkward for a man to get what HE wants in this new politically correct zone of behavior.

So before I get too ranty, I'm going to close this message there.

I hope you'll be able to take this new understanding and create more compassion in your relationship for your man - and for yourself.

The first step to getting a guy to stay and commit to you is understanding where he's coming from, emotionally and intellectually. What you've done just now is take the first step in looking at the reasons behind his behavior - and why he chooses to stay or leave.

So you need to keep on that path to discovery to strengthen your connection with him.

I'm not just talking about knowing how to attract guys here. What I really want is for your man to give himself COMPLETELY without his rational side holding him back. 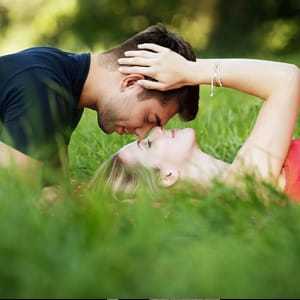 All those reasons he's programmed into his head (including the ones we just talked about) goes out the window once he experiences a massive internal shift. Some call this the "Cupid Effect" - once this takes over, he can't stop himself from having those intense, burning feelings for you.

This is something ANY woman can pull off because it all boils down to a set of psychological principles you can easily apply.

It's as straightforward as starting a car. All you gotta do is turn that key in his head to get his motor running.

Sounds good? Then watch my video on how to completely erase those excuses in his head - CLICK HERE...