If you want to figure out if someone is a "romantic" or not, the easiest way is to ask them one simple question: "Do you believe in soulmates?"

The practical, no nonsense friends will tell you that "there's no such thing as soulmates! You should put your feet back on the ground." 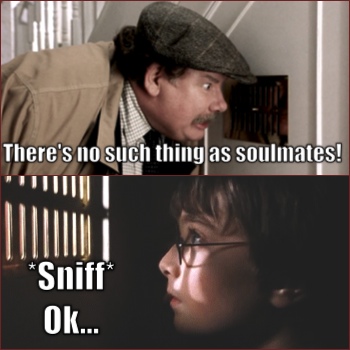 And they'll come up with a dozen depressing stories that really don't have much to do with the topic of soulmates - just their own poor relationship skills.

The more creative and emotionally connected friends will tell you "Of course there are soulmates!" And they'll come up with dreamy and farfetched stories of love that escaped them.

They usually finish up with a wistful look in their eye that makes you think that finding a soulmate must be a painful ordeal - not a joyous and magical destiny.

Consider a few of these soulmate quotes:

"Soulmate is an overused term, but a true soul connection is very rare - and very real."
- Hilary Duff

Hilary is hinting that there is a rare kind of magic when we find someone that we work well with, and that's something most people can agree upon.

“What’s the difference between the love of your life, and your soulmate? One is a choice, and one is not.”

Attraction, as some have said, is not a choice. So in that way, a strong chemistry between you and your man is something that cannot be denied, or avoided. 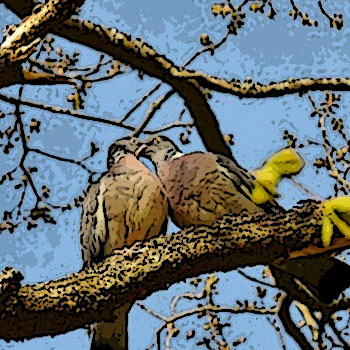 What we hope to find is the love of our life that IS our soulmate.

And don't forget one of my most favorite dysfunctional soulmate quotes:

"He felt now that he was not simply close to her, but that he did not know where he ended and she began."

Leo proved that you can take a good thing and go way too far with it. Look, it may sound really romantic to "lose yourself" in another person, but you rapidly discover that this is more a mental and emotional disorder.

Losing your identity is a definition of mental illness, not true love.

But here's a good one that balances the perspective on soulmates:

“To say that one waits a lifetime for his soulmate to come around is a paradox. People eventually get sick of waiting, take a chance on someone, and by the art of commitment become soulmates, which takes a lifetime to perfect.”

Which is one of the most real-world definitions of soulmate that I've ever heard. Especially if you're one of those people that finds yourself waiting more than taking action to cross paths with him.

So what's the truth?

*Is* there such thing as "soulmates"? 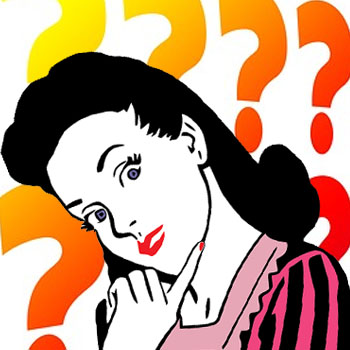 Is there someone you were meant to be with waiting for you out there?

Well the truth is a little of BOTH the practical and the romantic side.

Yes, there are soulmates... and there is a part of finding that person - and possibly MAKING that person - that you need to recognize.

You can't fall victim to the soulmate fairy tales that you've been told.

But at the same time, you can't give up hope that there isn't a guy out there who fits you just right - and makes all the effort to find him worthwhile.

It's when a bit of healthy expectations meets positive attitude, and combines with a little intelligent action.

Hey, no one ever said your soulmate will just appear out of thin air. You have to do some of the legwork. 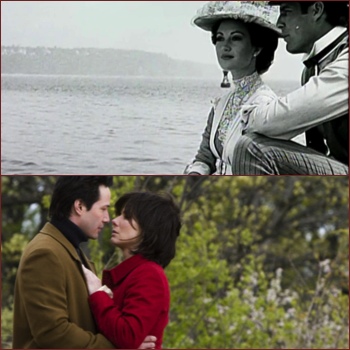 It might even connect you to a common destiny - a shared path you and he were meant to walk.

Let me start up front by cautioning you not to look for soulmate signals as the only way to find a person to be with.

If we rely too heavily on mystical methods of finding the one we love, we might overlook the very real possibilities right in front of us.

At heart, I'm a romantic. I believe there are people we're meant to be with, and some that we absolutely should not be with.

And when we find one of the good ones, it's like two Lego blocks snapping together. If that's a reasonable definition of Soulmates, then YES, I'm a believer.

So how do you find this person - this soulmate?

Are there soulmate signals you can use to pick them out of the masses of would-be boyfriends, losers, and those jerks you wished you could have avoided?

As it turns out, yes - there are soulmate signs to tell you when you've met someone who could be a true soulmate for you.

These aren't magical or mystical signs. They're very real and down to earth.

First, let me warn you about a couple ways you might *think* you can see a soulmate sign in him - and how these might fool you...

Sorry, but in a world where you can change your name - or the way you add up the numbers - knowing whether or not his number matches yours is not a good way to figure out if you've found a life partner. 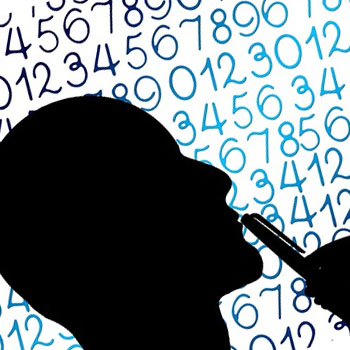 There are a lot of ways to determine compatibility and if he's a good match for you, things like his maturity stage, his focus, his personality type.

I'll cover those in the future - but I always advise to stick to the nitty gritty and the real methods to figure out compatibility.

(Yes this goes for most of those online love tests, too.)

Which leads me to the last BAD signal…

Look, I realize there are more things in heaven and earth than are dreamt of in my dating philosophy.

If they could, they would have been working a little harder on stock picks and lottery numbers than on your love life, right? I'm just saying, let's be honest about it.

So let's not use too many mystical and supernatural methods to tell us the things we can figure out for ourselves.

Most of the time, using "mystical methods" is more our wanting someone to just tell us what we should do in a very uncertain world. 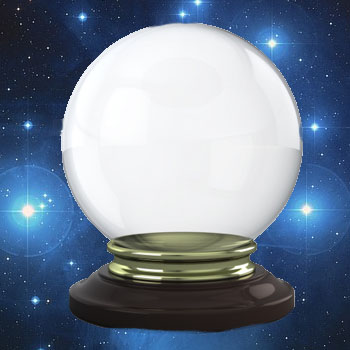 Now, let's get to the real soulmate signs that do work:

The First Sign You've Met Your Soulmate: Everything is just so EASY...

Look, relationships will always be a challenge. But sometimes you meet someone that just seems to "get you" on all the right levels. It's not the usual struggle that you experience to make things work out.

It feels like you've known each other your whole lives.

- You don't feel like THEY are resisting... (doesn't that feel great?)

- You don't feel like the odds are stacked against you...

Of course there are other factors to watch out for. But if you find it easy to be with him, and you don't get all the usual resistance and reluctance, you've found someone that you can mesh with.

The soulmate part is something you may have to create by just working at it.

At the very least you've found a guy who's available emotionally. And that's a big deal these days...

The Second Sign of Soulmates is that you both bring out the best in each other...

There are some couples that are just fire and gasoline when they get together. Sometimes they're like a Michael Bay action movie full of over-the-top explosions. 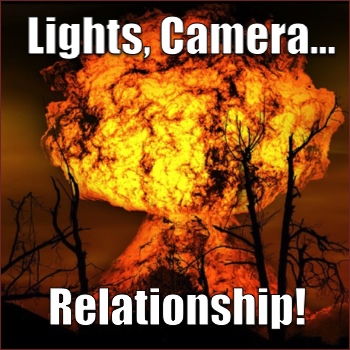 But when you're with someone that could be your soulmate, you'll find that each of you knows how to lift the other one up instead of getting caught up in ugly shouting matches.

He helps you be a better person, and you help him aspire to be the man you've dreamed about.

In that way, sometimes your soulmate evolves from the man you had no idea would be The One.

The Third Signal of meeting your soulmate is that you support each other...

In the same way that you bring out the best in each other, you have to take an active role in lifting the other person up. 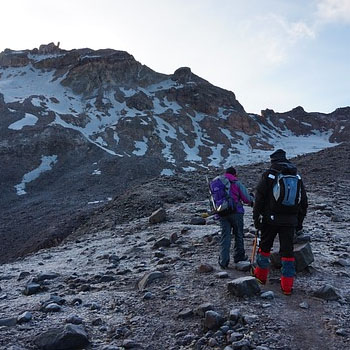 We've all had a relationship where our partner was jealous or threatened by our direction in life, probably fearful of being left behind. He blocked your success at every turn, and pretended that you were crazy to think otherwise.

In a fully functional relationship, especially one where you've found your soulmate, you notice that there's none of that low self-esteem nonsense going on in there.

He just wants you to succeed, and you want the same for him.

Maybe you find yourself sending him article links online, or cutting out interesting things you find in papers and magazines for him.

But one thing is for certain: You get a joy out of helping him move forward in life, because you know he'll want you there right beside him the whole way.

By lifting him up, you lift both of you up.

The Fourth Signal of finding someone that could be your soulmate is that you feel secure in your relationship...

This is a big one for most women. Having a sense of stability and relaxation in your relationship is probably the ultimate goal for most of the people I've coached.

And this could be a contributing factor in why this relationship succeeds.

After all, if you're feeling insecure, you're more likely to have a freak-out from time to time that will scare your partner off.

If he grows distant after an argument, and you're not prepared for it, you'll get even more freaked out... and the cycle continues until he's gone for good.

But if you can find your way back to a sense of calm safety about your connection, you'll be much less likely to self-sabotage. And your relationship will be as solid as a rock.

The Fifth Sign you're soulmates is that they know how to manage your moods.

When you're with a guy who's your soulmate, you know he'll be patient with your emotions, no matter how wild the ride might get. Of course, this is just as much a function of his maturity as yours, but you need to know he won't lose his cool when you're having a "moment."

He just seems to understand how women work, and he flows with it.

And that makes everything flow so much easier between you two.

As you can tell, the signals that tell you that you've found your soulmate can be subtle. It's not as if you can just have him pull out a number 2 pencil and go through a test.

But if your radar has been fine tuned enough, you'll be able to recognize his soulmate signs in advance. And then, all on your own, you'll know whether or not you should stick around and work through it with him.

Your soulmate won't fall from the sky into your lap. You also can't wish him into being.

But if you put yourself out there, in the path of many different men, you'll make it almost inevitable that you'll find the man that can be - at the very least - the love of your life.

Give him a chance to be the man of your dreams...

If you'd like to know if this guy is the right one for you, you need to know how to read his signals.

He's sending you ALL the signs you need to see right now...

CLICK HERE FOR YOUR COPY OF "READ HIS SIGNALS"

And don't forget to take the Soulmate Survey HERE..."