Is He Scared Of Intimacy? 7 Signs

One of the most popular concepts in dating is the idea that ALL men are scared of relationships and commitment. In fact, you might even have felt this way at some point - if you don't right this moment.

Part of this comes from the way men and women interact. Men have behaviors that feel more "aloof" to women - and women respond by wanting even more verbal emotional intimacy.

However - be careful of generalization. There has never been any substantial proof that either sex is more or less "wired" to be afraid of commitment. We assume women are the ones that want the commitment and men run from it. But this is not as established as you might think.

In general, not all men are afraid of relationships. But some men are.

I've also dated many women who could not be truly vulnerable in a relationship. And they would avoid recognizing it by blaming ME for being a commitment-phobe. Hey, we do a lot of crazy stuff to avoid our own stuff, folks.

Which is why I want to show you 7 signs that he might be scared of intimacy...

But before we dive in -

One thing I want to be clear about my articles and advice: Except for a few select differences, men and women do about the same amount of "tomfoolery" when it comes to relationships. A lot of this is not commonly known, unless you read the same research and books I do.

And yes, this even includes avoiding intimacy and - (gasp!) - cheating...!

So while it may be tempting to think to yourself: "All men are jerks" for doing X or Y or Z... keep in mind that there's a lot of behavior we choose to not recognize in ourselves.

I don't ever want this to become a "man-bashing" party here at datingadviceguru.com.

Oh, and if you want to review some more signs related to this, be sure to read my other article on why he acts interested and then disappears... 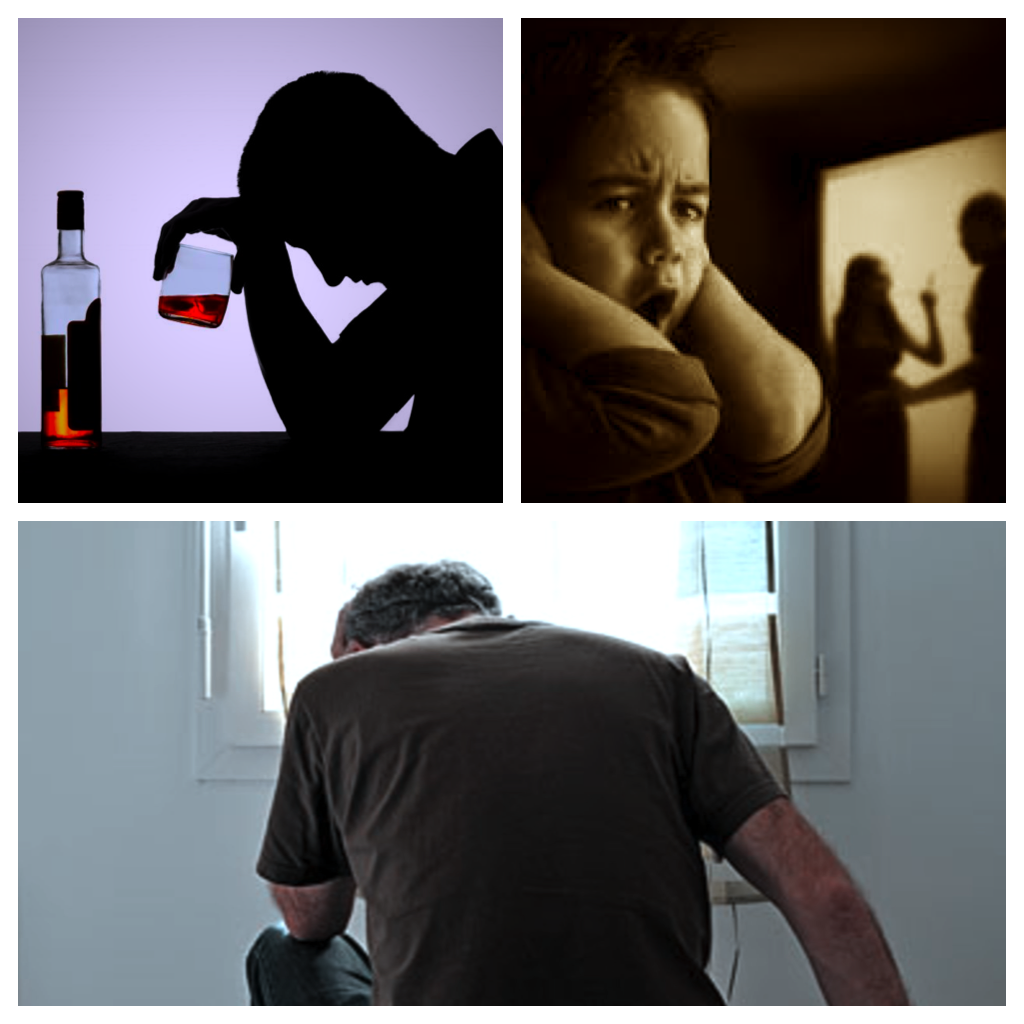 Now, there are a bunch of reasons why he might not want intimacy. Some of the reasons are:

Sometimes this is just within his family, such as a history of verbal or physical abuse. Absent parents, abuse, and all kinds of family dysfunction can lead us to avoid vulnerable connections with other people.

Reason 2: He's got other non-relationship issues...

Being bi-polar, depressed, or any other kind of psychological issue can also make it really difficult to form intimate bonds with another person. Women who suffer from the same issues sometimes get into relationships where they do the opposite: They shift their internal issues into the relationship.

Addictions in our world have almost become the norm. From substance to "electronic addictions" - like our phones - there is a lot of this behavior going around. Addictions are often a signal of another gap in our emotional world.

An addict will be very guarded and secretive about their world, and this will make it very hard to get intimate with them.

Now - let's get on with the signs!

Is He Scared To Be Intimate? Sign #1: He's always avoiding the "talks"

A lot of guys avoid "deep talk" when it comes to the relationship. Sometimes this isn't always because of a fear of intimacy.

First, there are four kinds of intimacy:

But the last one - EMOTIONAL intimacy - eludes a lot of men because we were never brought up to discuss feelings at length. Or to "deep dive" into our emotional state. 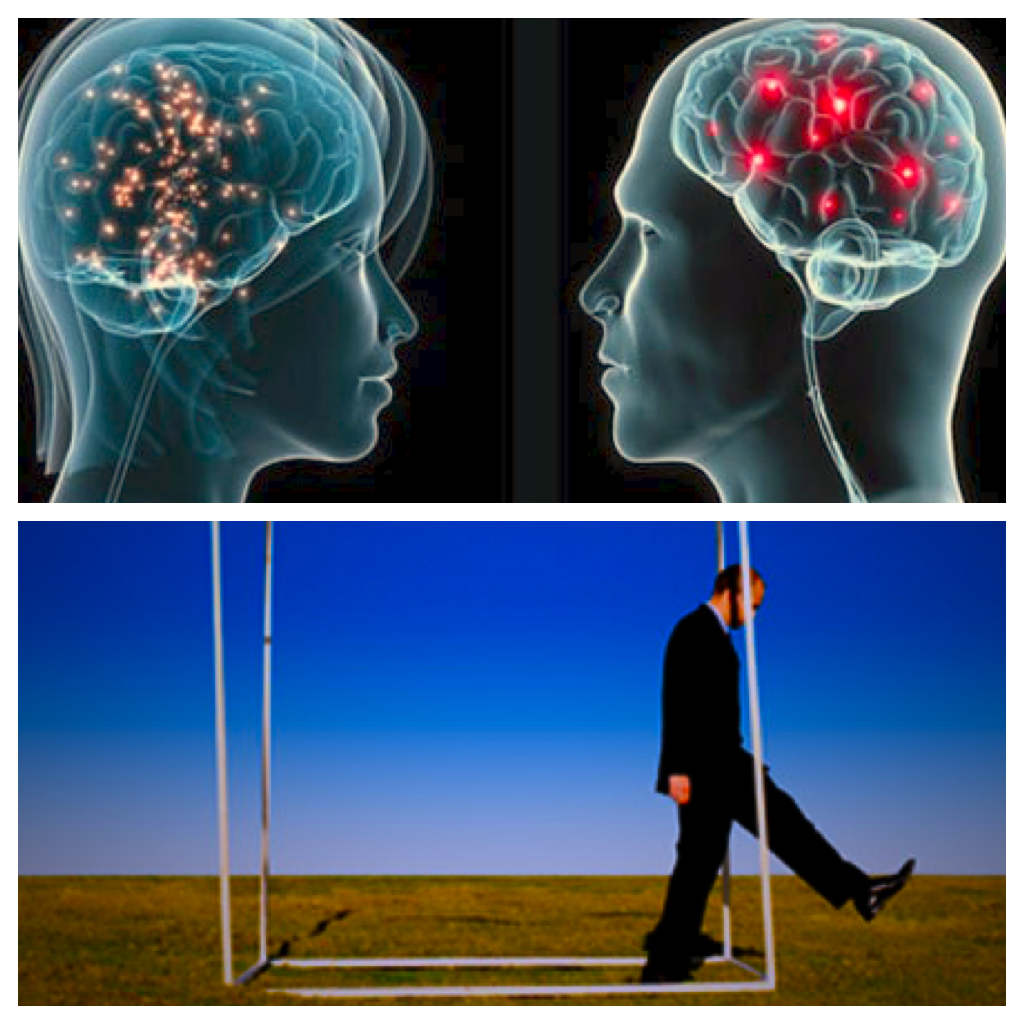 AND - this one is REALLY important! - most men do not have the "hard wired" brain capacity for this behavior.

In plain English - men don't work like this "out of the box."

This is a fundamental difference between men and women that simply is ... DIFFERENT. Men have a different capacity for this.

Now, thankfully this is changing as gender roles have shifted a bit. But keep in mind that scientific studies have discovered very fundamental differences in brain structure that change how men & women experience the world.

One way we are all hard wired to experience intimacy is through touch. No words are necessary, which makes it an easy way to express emotions for guys.

And of course, it also lets you connect sexually.

Here's where men and women differ, though: 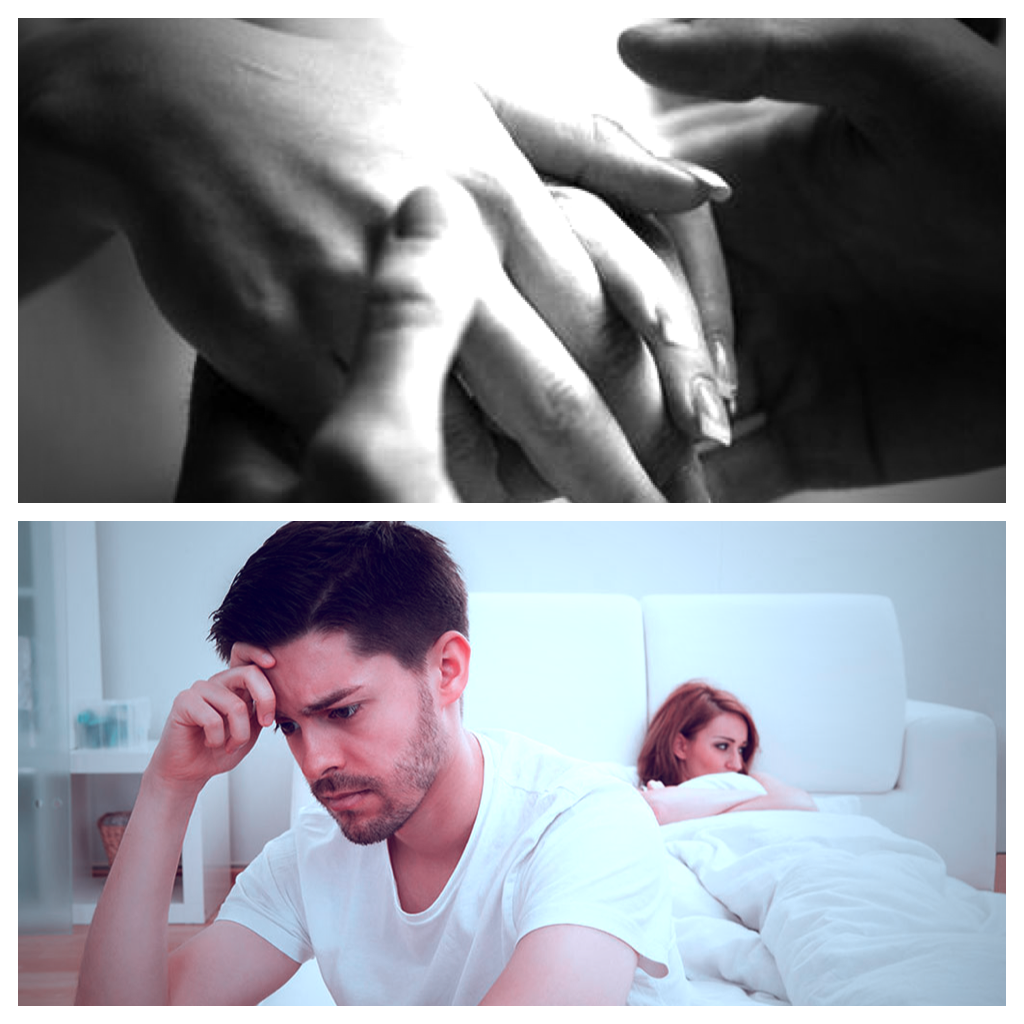 Which explains why so many women don't always feel connected this way. Guys feel emotionally connected because sex IS a big part of his emotional intimacy expression.

Guys use sex to express feelings they don't always know how to speak.

It's right there under the surface of his bedroom advances.

So if your man is disconnected in his physical touch with you, it can be a sign of deeper problems. There may be more trauma in his history...

You'll want to find a way to talk to him about that. I'll explain this more in a bit...

Some men have a complete shutdown when it comes to their emotions. They just can't seem to handle ANY emotional expression. 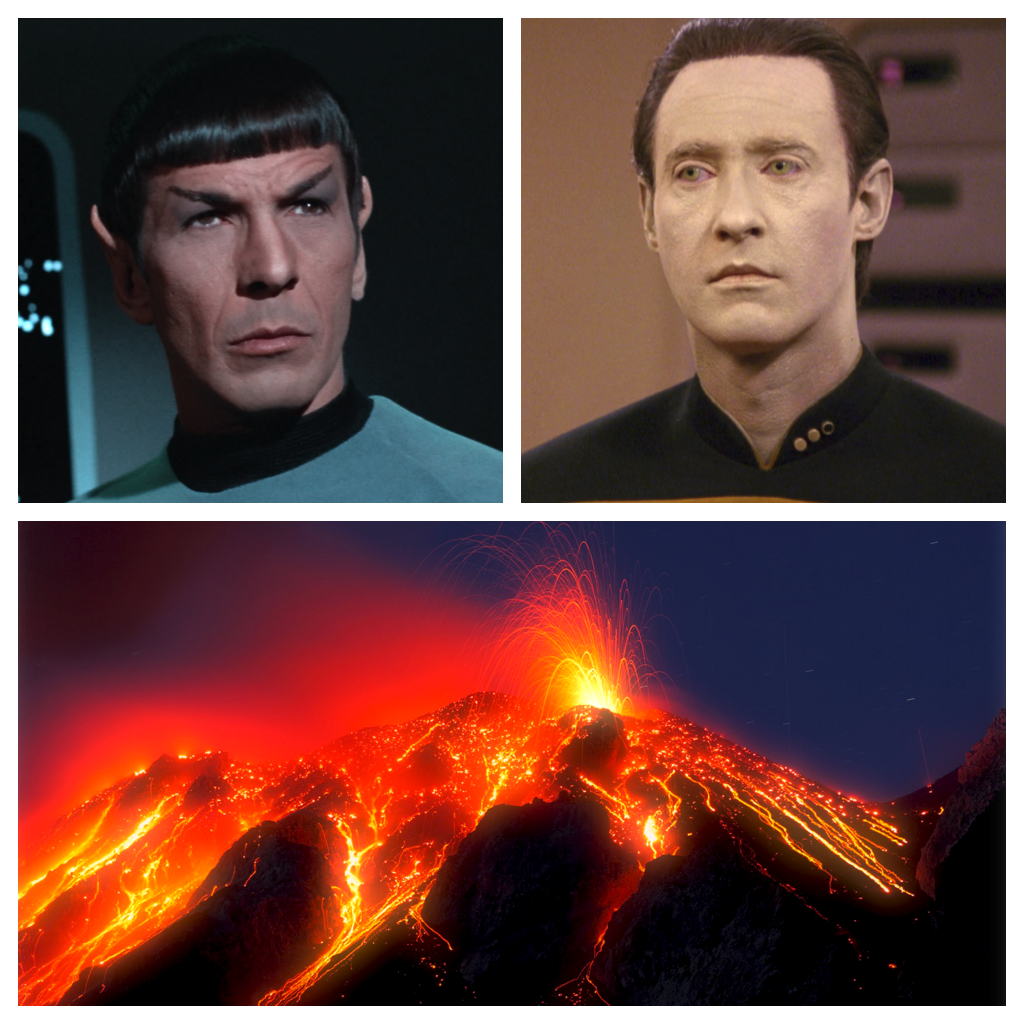 Whenever an emotion comes up, it gets squashed right off the bat. Or sometimes it goes to the extreme.

If your man shows signs of emotional "damping" or "spiking," he may have some intimacy issues that will show up later.

If they haven't already...

When a guy can't connect intimately, you'll see that he will keep things on the surface. Everything will feel very superficial to you.

What he's doing is keeping you at arm's length to avoid having to deal with the emotional stuff. And as a result, the relationship will get pretty boring for him.

You have to keep an eye out for this behavior - and pay particular attention to any avoidance behaviors. If you sense he's blocking you when you want to talk about deeper emotional subjects, you want to consider that a red flag.

Is He Scared To Emotionally Connect? Sign #5: He's a controller...

If you haven't read my article on being in a controlling relationship - make sure you check it out.

Guys who control are often using this strategy to keep themselves at a very emotionally distant place. This feels safe to them, but it doesn't deepen your relationship.

One of the places they control the most is in the bedroom.

And you'll see it as a sexual immaturity. 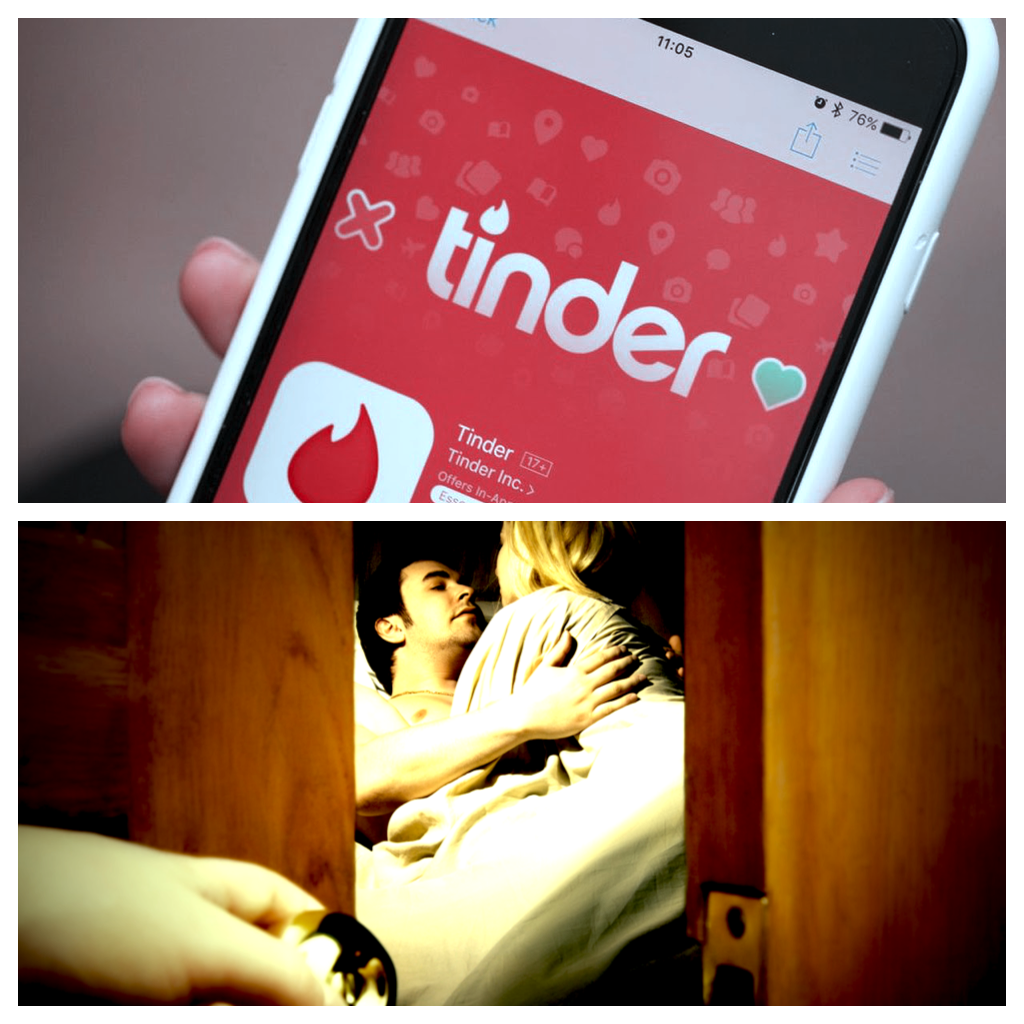 And if he's on the other end of the spectrum - he avoids sex, is uncomfortable with sexual discussion or physical intimacy - you may also have a guy who's sexually stunted.

Remember that you need a man who is both willing to get naked physically as well as emotionally for you to feel fulfilled.

Some men cannot be emotionally intimate with the same person they are physically intimate or in a relationship with. It's almost like they have a block against mixing the two worlds.

And as a result, he may seek that emotional intimacy with someone else. He'll go for "drive thru" intimacy with others. It's a bit like being emotionally unfaithful.

The funny (and not-so-funny) part is that this kind of infidelity is often the most hurtful form of "cheating." You could almost handle sexual infidelity better.

If your man goes to another person - woman, family member, friend, coworker, whoever - about their problems or issues instead of you, there's a problem.

Is He Scared To Emotionally Connect? Sign #7: He's got a pattern...

The honest truth is that a person who can't be emotionally intimate is pretty obvious.

They behave like a person who you just can't get close to.

They have a long-standing history of running as soon as someone gets close to them.

It's really that simple. You'll see it in every area of their life when it comes to their ability to be vulnerable and connected. And you'll hear the same complaints from everyone they know.

Sure, they make up for it with a bunch of endearing behaviors.

But ultimately they can't give you what you really want. 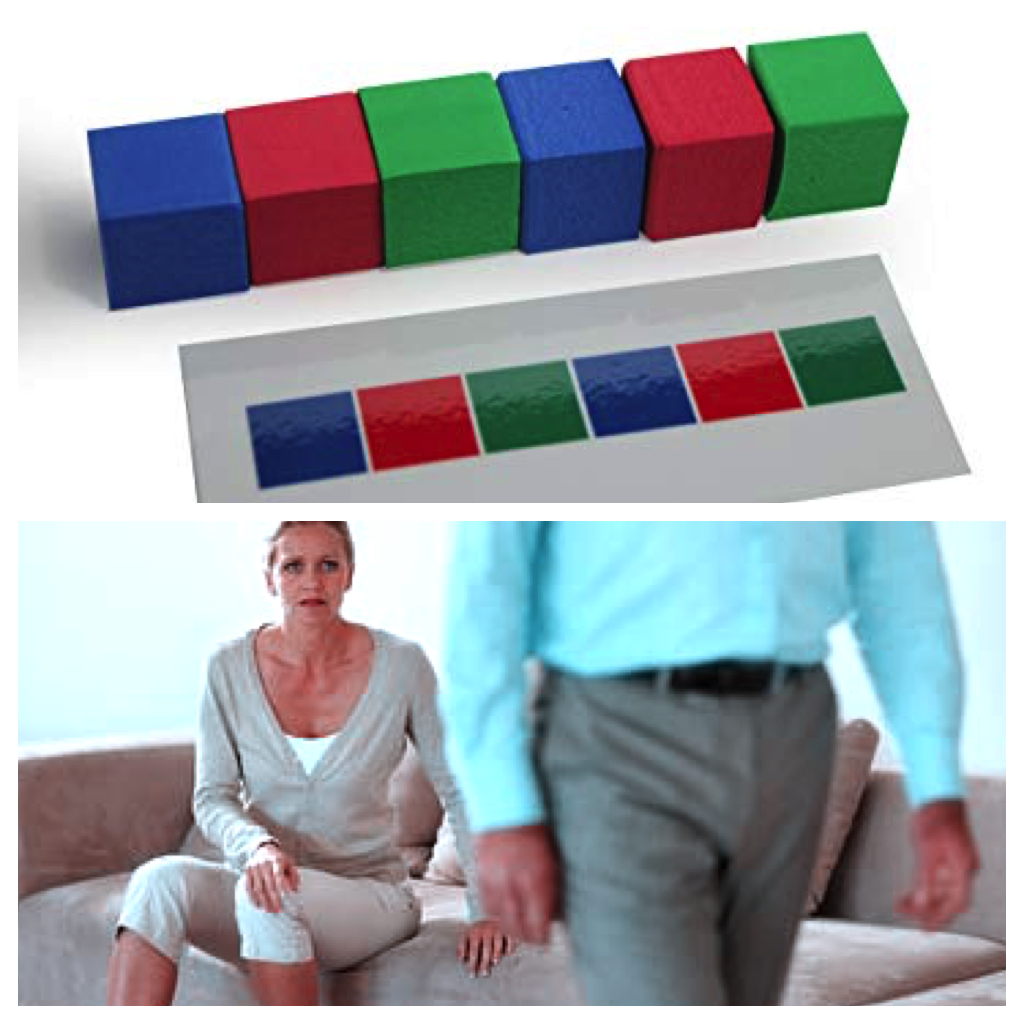 And that's where many women become addicted to the relationship as a response. Because you NEED emotional connection, you may find it hard to disconnect from him. You find yourself working harder and harder, investing more and more energy in a relationship you know will go nowhere.

AND sometimes this is a woman's way of hiding her own emotional intimacy issues.

After all, if she can find a partner that's easy to blame for the same thing, she never has to deal with her own intimacy issues. And she gets to sound really self-righteous in the process!

It can sound a bit twisted, but this happens much more frequently in relationships than we want to admit. Our issues become intertwined - and we start seeking partners with that same strategy over and over to not only avoid ourselves, but prove that "all men suck" - or "all women suck."

There is a solution for this -

It's knowing how to connect with a man.

Connecting with a man is a skill that less than 5% of all women really have, from my estimation.

And I've yet to find a large population of women who just "get men."

(Yeah, even in San Francisco and L.A.)

How do you do it? 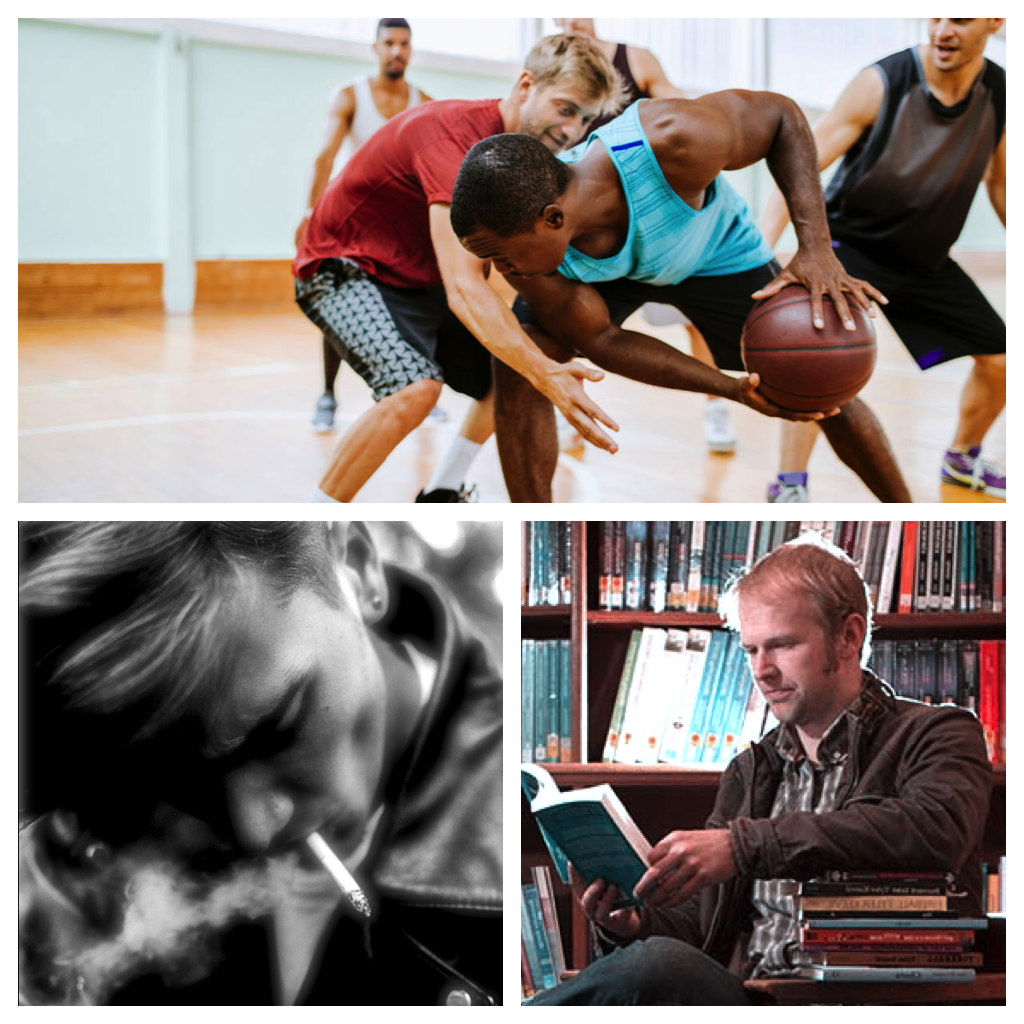 You gotta know how men connect - and what his "Connection Code" is.

There are lots of different types of guys out there.

However, Men come in only 5 flavors when it comes to intimacy:

Do you know how to connect with each type of guy?

If you don't know how each man works, you'll find that he will probably hold back on intimacy with you, because he will feel like you don't really understand or accept him.

If you don't, then go learn the Connection Code HERE...