FOLLOW
Dating And Sex Advice, Decoding His Signals And Feelings

This week, I decided to go for something more grandiose to talk to you about...

If you want the perfect relationship, and the perfect man to have it with, you need to know how to find him. Contrary to Hollywood and a lot of pop psychology, this is not simply a matter of having it fall into your lap through luck or circumstance.

BUT - there are a few steps that require you to know what you want before you dive into the singles pool to find the man of your dreams. 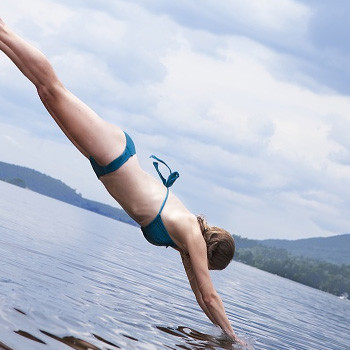 I want to give you 5 steps to find this guy - and get him to make a commitment to you.

These steps don't need to be followed in any particular order, but #1 is probably the one you should get done first.

So let's start with:

FIND HIM STEP 1: Know what you want FIRST

The key to finding the man you want is to know what you're looking for. After all, how will you know you've found him if you don't know what you want or need?

Yet, less than 1 in 20 women I talk to has a written list of qualities she's looking for in her Perfect Man.

I believe a lot of women make a subconscious choice to not decide on a kind of man she wants because this means she would have to eliminate all the men that do NOT match her list.

Thus, making it even less "likely" she will find him. So she wants to keep her "possibilities open."

Or so this line of thinking goes...

But the problem with this kind of emotional logic is that, if you try to cast a wide net, you're going to catch a lot of skanky fish. 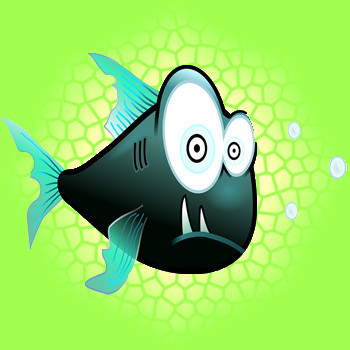 And those fish will waste your time and distract you from seeing the quality man you're looking for. You HAVE to eliminate the men you don't want, no matter how much this may seem counter to your goals.

So take the time and come up with a short list of qualities.

I usually advise women to have two lists for this purpose:

LIST 2) A list of NICE TO HAVEs - these are the things that would add spice and a sense of mutual interest to both of you.

Every relationship either has some of these, or it must create a few of them - or it won't survive.

Keep your list on hand, and review it regularly. Revise it when necessary.

FIND HIM STEP 2: Don't compromise your list for convenience or panic!

This is the other part of the first step that is pretty darn important. Because of all the women that DO have an idea of what they're looking for, most - if not all - of them would abandon their list if they find a man who will make a commitment to them. 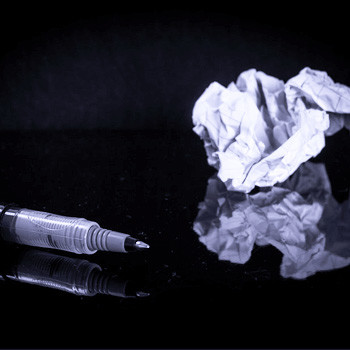 Even if he's not the right fit.

The problem with this is that one of two things will happen:

- Either he won't keep your interest - at the very least. At the worst, he will drive you insane.

- You might forge a relationship out of it - but there will be issues that come up - frequently.

Some people even discover that the list they created wasn't very accurate to begin with. There are a lot of things you might consider MUSTs right now, but aren't that big a deal.

If you discover a few, change your list. Keep evolving it.

It's a living template of your needs in a relationship.

But don't compromise it simply because sticking with it means you will have to break up with him.

If you're in a situation like that, don't think that you don't have the strength to end it.

You're going to be challenged by your insecurities, and your areas of weakness in your relationship. This is how we evolve and become better partners for the next person. 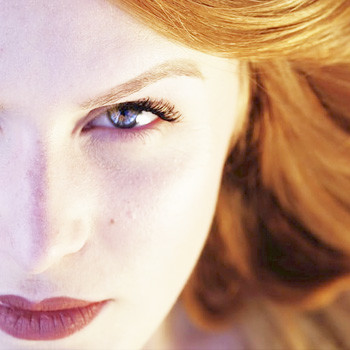 No one is born an expert in handling relationships. And unfortunately, only a terribly small percentage of women and men will EVER get really good at the skills that make relationships work.

Don't let the emotional panic of a relationship freak you out and compromise the things that are important to you.

One of the first things a woman wants to do when she finds a worthy "candidate" for a relationship is to want to lock him down. Make him a "sure thing."

- Makes her stop hanging out with her friends, after all she'd much rather spend all her time with him...

- Makes her start spending all her available time with him - even time she knows she should be spending on her own life...

- Makes her neglect other areas of her life, like family, exercise, career, etc.

- And then she usually stops dating other guys

That last one is more important than you think. You can't stop dating other men for at least the first few months of getting to know a guy.

Mostly because men notice when a woman no longer keeps her options available. 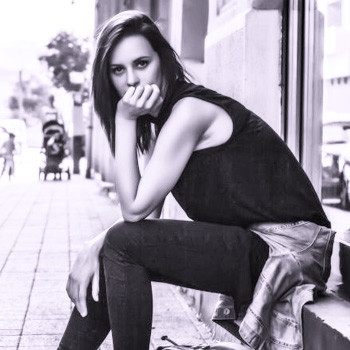 You have to have more than one guy in your life for several reasons:

- It fuels the challenge that we men need to summon our best to win you.

- Having more than one guy will ensure that you see all his qualities - good and bad.

- You'll have a frame of reference for comparison...

- You'll feel more relaxed. And HE will sense that you're not the usual kind of woman that's only after the fastest commitment she can get. (This is immensely attractive to him, by the way.)

- You'll have an emotional buffer. If one guy isn't making the grade, you'll have another possibility to play with. You won't have to feel like you are facing loneliness or despair.

This creates a feeling of abundance that will keep your attitude positive, especially when you need it most.

Let's face it... we're all on our best behavior in the start of a relationship. We put on the best behavior to keep the other person interested as much as we can.

After all, what if he sees your flaws?

Or your not-so-perfect side?

Would he still love you?

Better to not take a chance, she thinks. So she keeps the illusion up as much as she can.

Now, there's a natural amount of good behavior that happens at the start of every relationship. But there comes a time when the facade must slip away, and then you can start to get real for him.

And the sooner this happens, the better it is for your relationship.

Eventually he's going to see you, with or without your help. It's inevitable.

But if you think that putting on a false front and pretending to be someone you're not is going to make him more likely to stay... well, let's just say that it won't.

It's a balancing act in the beginning. You only need to avoid breaking the spell of his interest in you.

And if you think about it, the person we're often trying to be at the start is not a bad person. In fact, that person is just an ideal or more evolved version of you. That's the ideal person we often aspire to be in real life, which is not a bad thing.

NOTE: You need to keep your eyes open for HIM as well. You want to be able to read him and know what's going on in HIS experience along the way.

Most of the women I coach find that they get so caught up in their own perspective that they completely miss many of the signals the man is sending.

So keep an eye on him - watch for his reactions. But don't torture yourself trying to interpret every little thing he does. Just check in from time to time and take note when he's not as "into it." 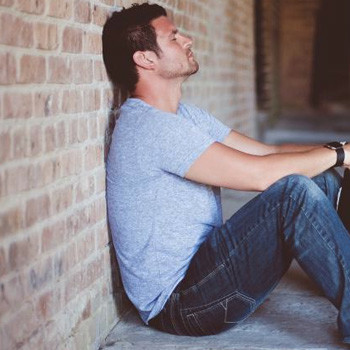 Be willing to check his reality from time to time. Because if he's not happy, he won't stick around no matter how happy YOU are.

Which brings us to one of the biggest steps in creating THE relationship you've always dreamed of...

STEP 5: When the time is right, MAKE him commit...

There does come a time when you have to be willing to pull the trigger and get him to commit to you.

How do you do this?

First you have to...

Get Him To Commit: Be sure!

If you did step 1 and you have a good list, and you kept your "winning qualities" list alive - without compromising it...

Get Him To Commit: Choose well! 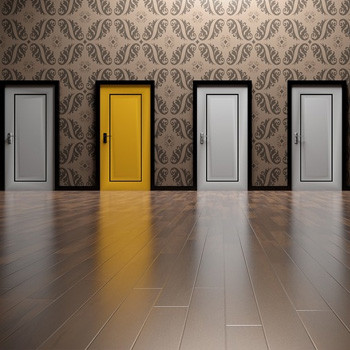 It will feel weird to you at first, but you'll soon realize WHY you need to shake off any trace of neediness and desperation to attract the man you want. Having other guys lined up will keep you from having a sort of tunnel vision for one man.

Like I said, you won't know what you're missing out on if you don't know what else is out there. So don't be afraid to date a few men before settling down. That's pretty much the only way you can be sure you're making the best possible choice for your relationship - and your future.

I've had to help plenty of women who knew deep down that they didn't gel with their man. And yet, they still pursued the relationship out of fear of losing him. Eventually, that only created a whole lot of unmet expectations and a ton of resentment.

Get Him To Commit: Keep it real!

Remember when I said to relax a bit more when the time's right? If he's showing signs of getting serious, then you need to gradually reveal more and more of the REAL you.

To do that, you need to walk the fine line between brutal honesty and being too secretive. 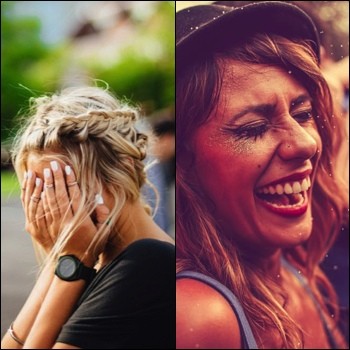 Shy women might not give up much about themselves, while the extroverted ones have a tendency for going overboard with sharing TOO much.

Whatever side you're on, it's always a good idea to start off with harmless subjects first, then work your way into deeper stuff as you go along.

But maybe you're not sure if it IS the right time to make a move. Too soon and he'll freak out - too late and he'll already have moved on.

Well, there is a way to bypass that little roadblock altogether and accelerate the process of making the perfect man fall for you.

Men are hardwired to obey something I call the "Love Law", and this is the key to make him fall for you. 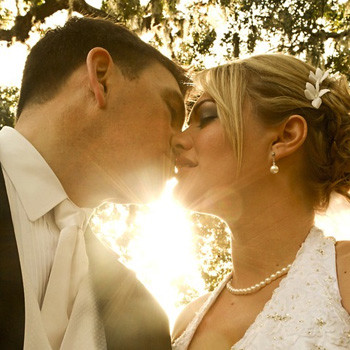 The beauty of this is that once you trigger this built-in psychological mechanism, he'll automatically feel like he's known you all his life.

So when you start dropping those truth-bombs on him, he won't run for cover. Instead, he'll feel privileged and special that you shared those deeply personal details with him.

If you'd like to know how AND why men decide to commit to a woman wholeheartedly without fear, I've made a short video presentation about The Love Law - CLICK HERE to see it now, while it's still online.

If you're looking for the right guy to settle down with, then CLICK HERE now. REMEMBER: Commitment is never forced - cultivate it naturally... Click Here to see the4 video now....