A lot of women find themselves in the situation of needing to know how to get your ex back. If you've ever been through a breakup, you'll know that often times it's not hard to get them "back" with you. It's usually harder to keep the relationship from breaking up all over again.

Why is this, and what's going on?

Why is it so hard to KEEP a guy?

I mean, it's probably no good to you to learn how to get your ex boyfriend back unless you know how to keep them for good.

This article is for any woman who wants to know how to get her ex back - and not have the relationship break up over and over again.

There are 5 critical rules to getting him back, and each of them involves some focus and attention from YOU.

I'll tell you right up front that most women that write in to me have the same essential problem:

You may think I'm kidding about that, or exaggerating - but I'm not. When we get into the desperate situation of wanting our ex back, we start to entertain all kinds of crazy possibilities... 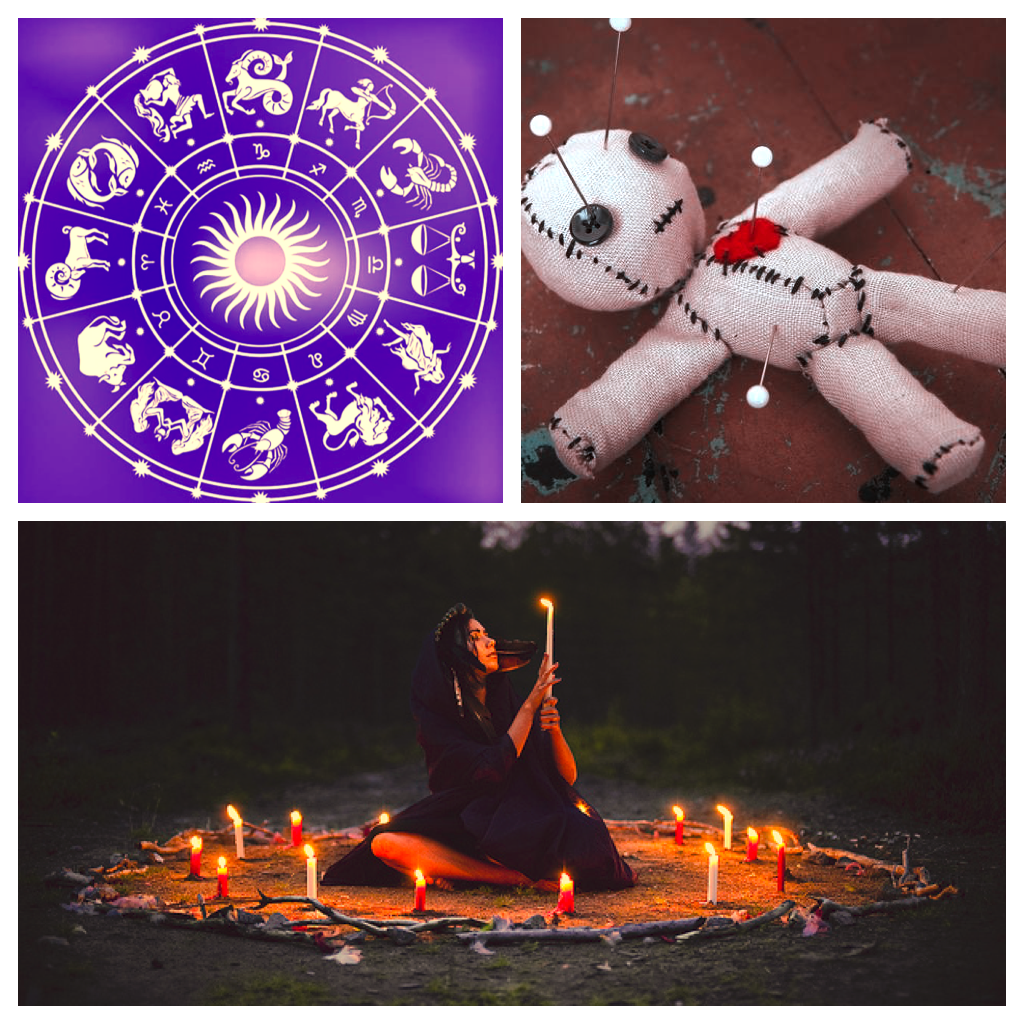 Admit it. You have entertained these, at least once...

Do you think these are ridiculous? Maybe so. But when you're in that crazy headspace of losing someone you really love, you'll consider anything to get them back.

So let's dig into 5 Rules you can use to get your ex-boyfriend back.

The first step in treating someone who is in a crisis - and a breakup sure qualifies as a crisis - is that they need a secure base. This simply means they need a place to be stabilized in their emotions.

They need a secure base of support and grounding from which they can feel stable and centered.

Breakups will induce a panic state in you - especially if it's a breakup you didn't see coming. 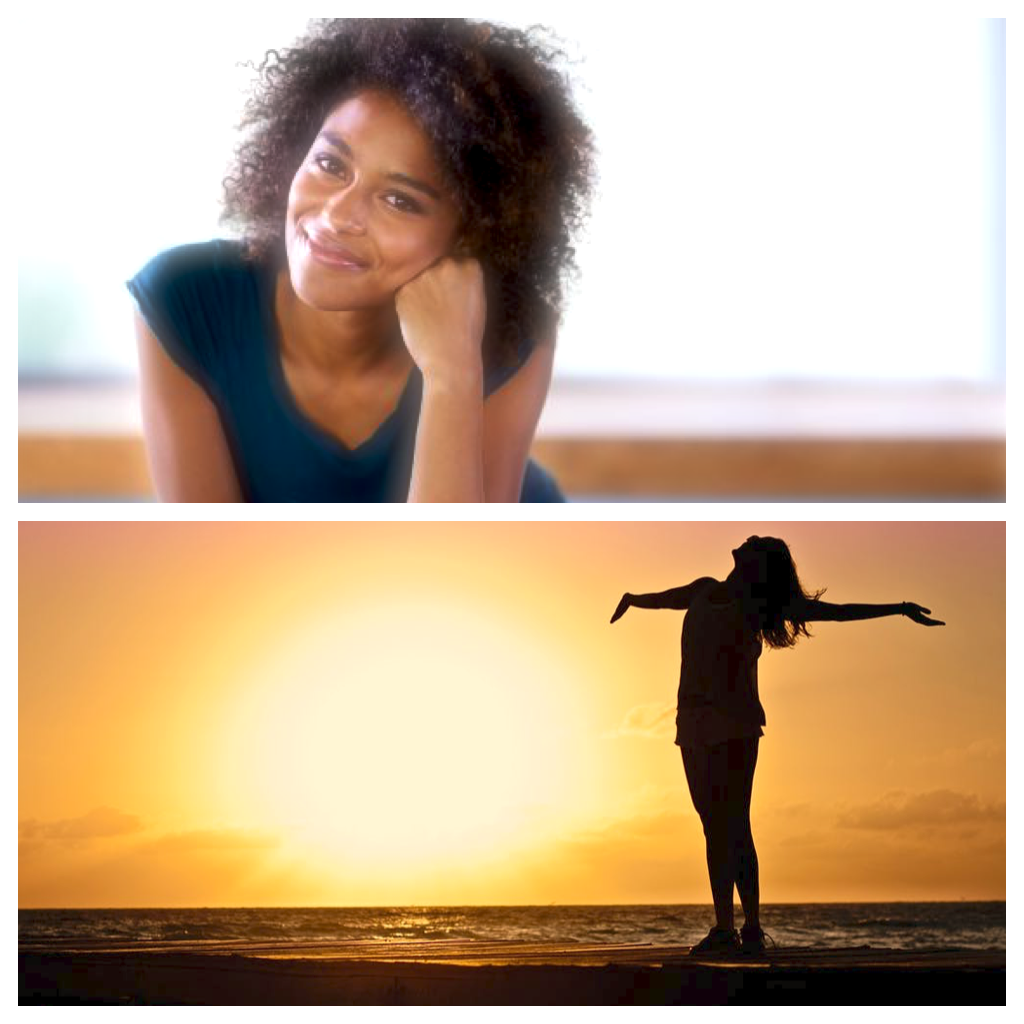 Never go into the relationship "needing" anything...

So you need a place to feel secure about yourself. Otherwise, you'll be freaking every waking moment, and you'll do crazy stuff that will scare him away. And that will make it nearly impossible to get your ex back.

When you have this secure base, you won't be as likely to violate the next Rule of How To Get Your Ex Back:

Let's face it - your value to a man is in direct proportion to how fast he thinks you could go out and find a new boyfriend if he broke up with you. If you're able to get a new guy at the drop of a hat, he's going to consider you valuable - a keeper.

Watch out for this:

Ex-Back Mistake #1: Calling, Texting, Emailing, and messaging him all the time

It's a huge mistake to do this, and you really shouldn't call or text them even ONCE. They need to feel the scary vacuum of your absence to appreciate you.

When you act needy, insecure, clingy, or desperate, he's going to know immediately that you don't consider yourself a prize, so he will know to not treat you like a prize.

Think about that for a second, because it's huge: How could you be valuable as a mate to him if you don't think of yourself as valuable? 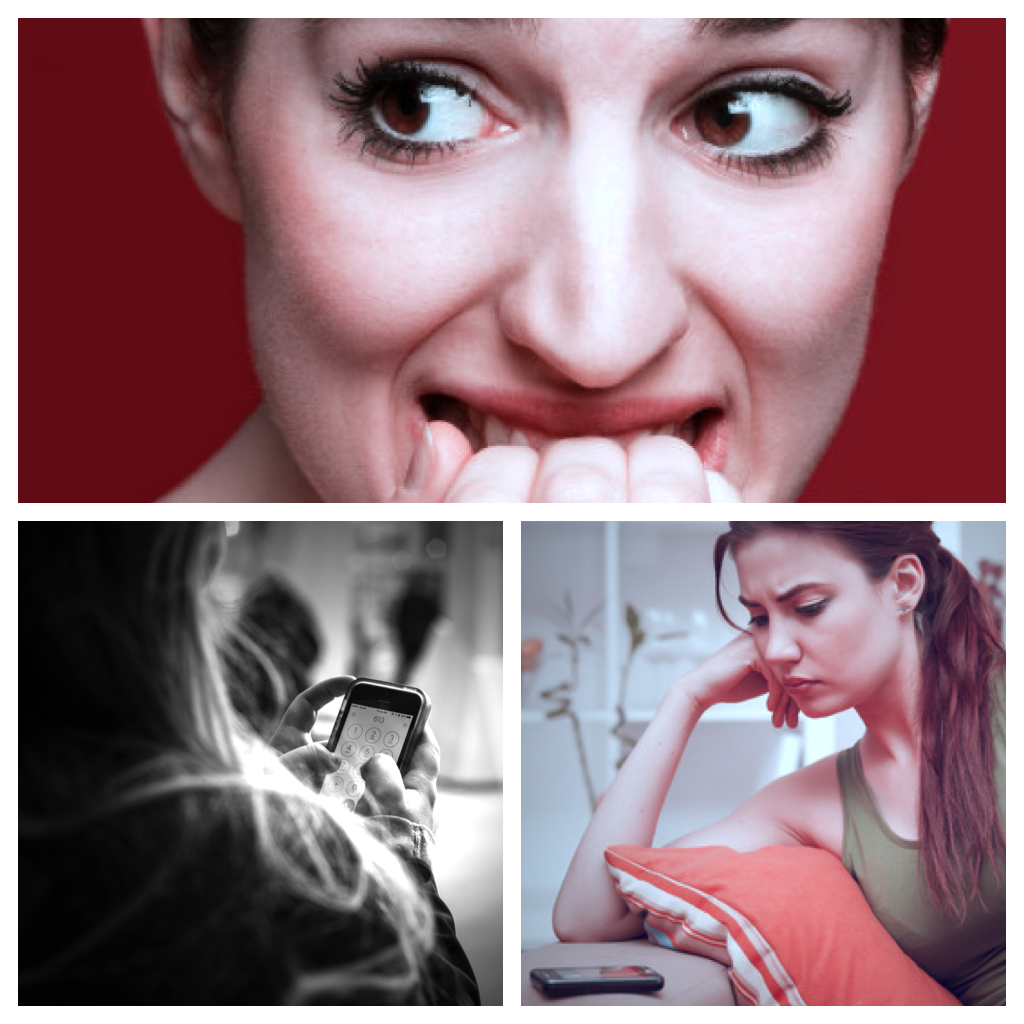 Women often ask why men love bitchy women. And it's not that they really want a woman who acts like a bitch.

Far from it, in fact. We really love warm, loving, feminine women.

But here's how the logic goes:

This may not seem "logical" - and it isn't! But it's how we work as humans.

And quite frankly, some guys are willing to pay the cost of a "bitch." (Not me. Never have, never will.)

Sure, let them break up with you. Go ahead.

Won't do them any good, if you're a dating ninja - like the women who know my stuff.

You ever try to discourage a kid from doing something? What do they do?

Yup, they get stubborn and even more convinced they need to do that dumb think they were considering.

Ex-Back Mistake #2: Begging and trying to get back with your ex using pity, guilt, or both

As the saying goes, if begging worked to get back with them, no one would break up. Even if you do manage to get them to take pity on you, they'll resent you and eventually wind up cheating on you.

Which is why you don't want to argue or fight against their "decision."

As I always say:

Someone convinced against their will is of the same opinion still...

You will find that people don't respond well to someone trying to force them to do anything. We dig our heels in and fight with all we've got. Even if it's in our best interests to change our mind! 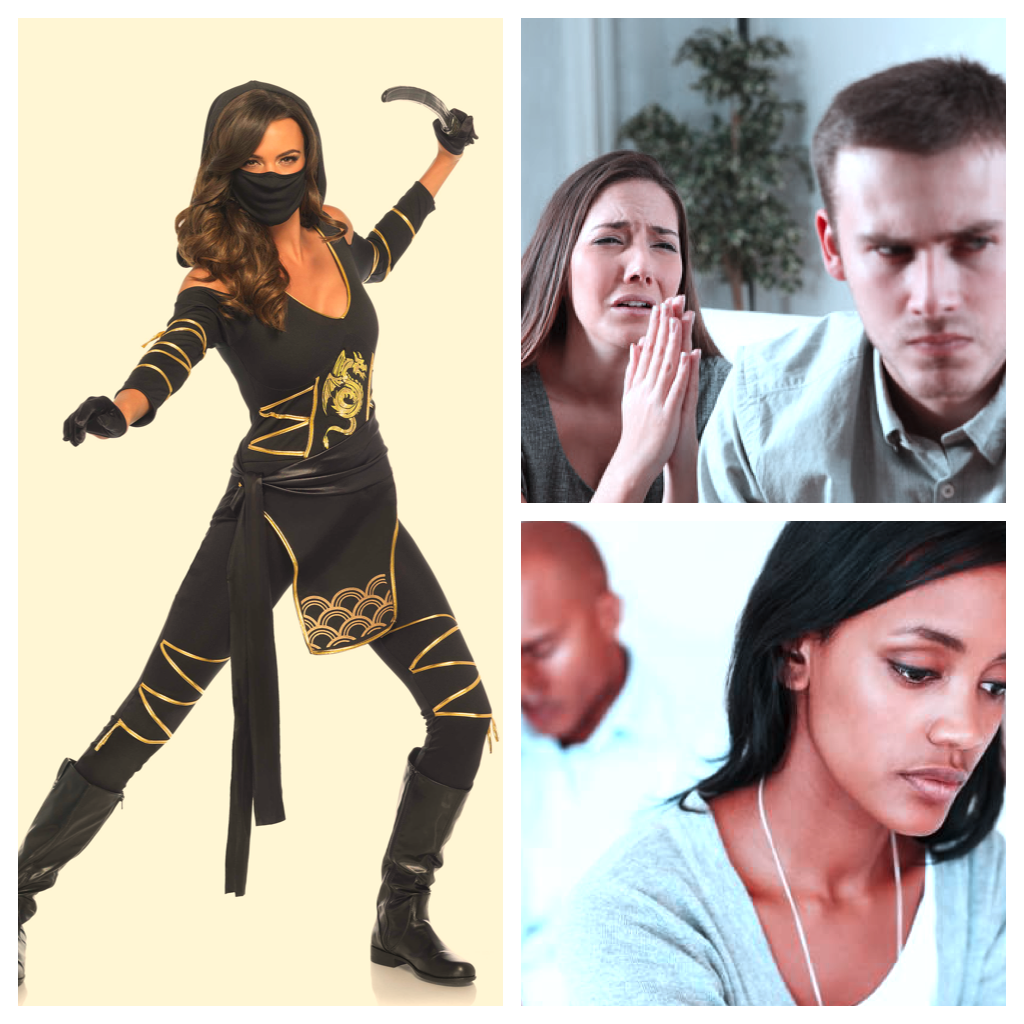 Use REAL skills, not tricks or passive-aggressive tactics...

You have to let him go so easily that he wonders: "Wait a second... why didn't she fight to keep us together?"

The curiosity will get to him, and he'll start to think about losing you to someone else. After all, maybe he's making a mistake...

By giving him way more space and more time than he might have asked for, his imagination will be asking all the questions you would be:

Give him about 30 days to really feel the space between you.

This is the time you can now spend to get your game on. This is also where most women make the big mistake of just waiting for something to happen.

If you just spent this 30 days waiting on him, you'd go insane by day 2. You need to keep yourself busy at the very least.

But there's an even better way to keep busy than to just keep busy.

Instead, make yourself IRRESISTIBLE to him...

You have to get out and enjoy your life during this time. You have to make a REAL positive change to your life. Several changes, if you can swing it.

You might be thinking, "Carlos - are you tricking me into getting over him? Into moving on?" 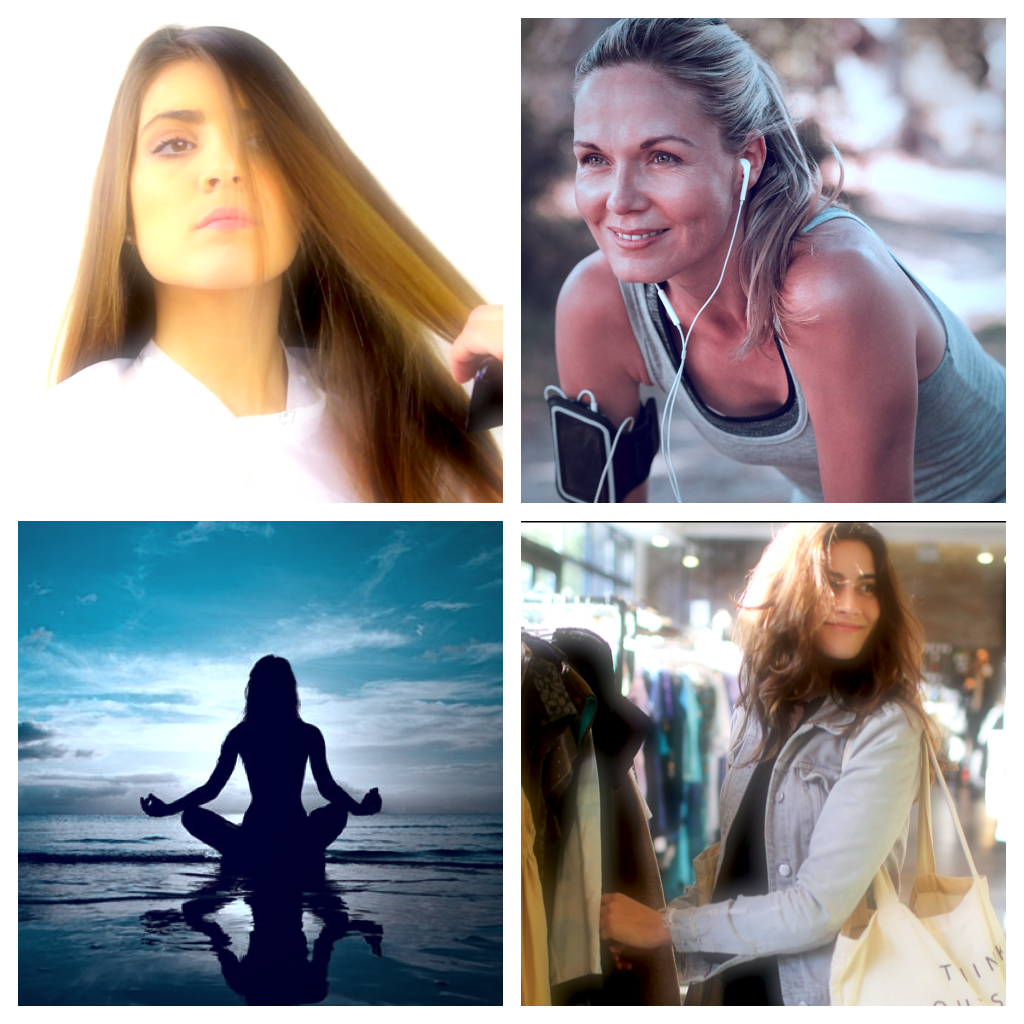 Get back on track.

You need to go out and act as if you are training to get ready for round 2 of your relationship. Work on yourself a bit:

Look, the fact of the matter is that there is NO GUARANTEED way for how to get your ex back. Ultimately you do have to face the possibility that it's really over between you. You might not want to think about that, but you should.

But the other truth is that it's ten times more likely that he will want you back if you ARE over him than if you're just sitting around at home casting spells to make him come back to you.

We want the things we can't have. And you're going to seem mighty hard-to-get if you're all ready for a new relationship with someone else.

We don't feel appreciation for something unless we have a small fear of being able to lose it.

HE didn't make you happy... it was what you thought about him that made you happy.

It's time to unleash the hounds, honey.

You've spent all this precious time working on yourself, it's time to walk the runway and let this guy know what you've got going on.

You want to basically hit the "reset" button on him and initiate contact once again.

When you two ended it (or HE ended it on you), he was probably feeling smothered and fed up. So now he should see that you're not THAT woman now.

He'll be wondering about you, where you are and why you haven't been bugging him to get back together. He'll also have forgotten all that bad stuff. 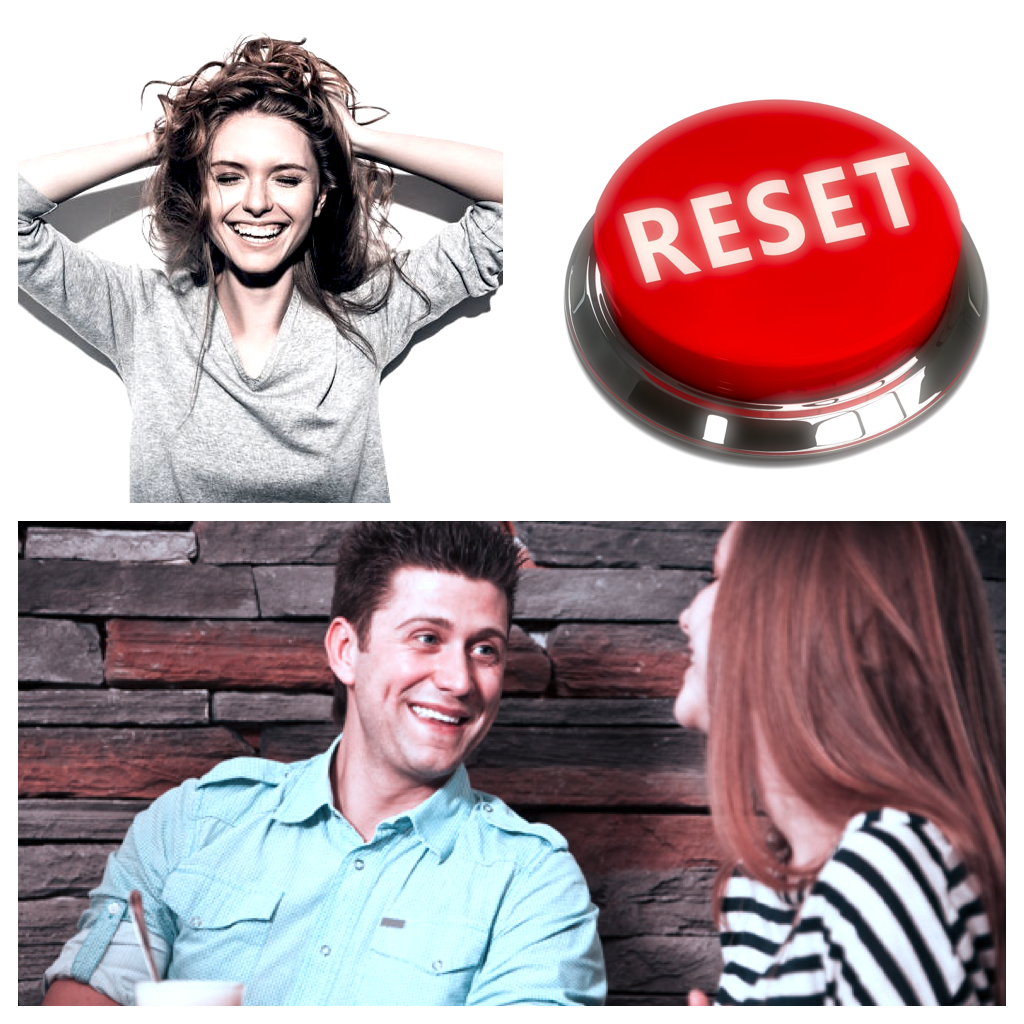 Remember: If you haven't made any positive changes in your life, it's probably a huge waste of time to contact your ex and try to meet up.

So the right time to get together with him is after you've made those changes and grown...

The best way to do this is to first send him an email that tells him:

Then send him a text reminding him of something cool (not romantic) that you did when you were together. If he responds positively to that, you will have a good idea you can then setup the next time to connect and talk.

And that is very likely the meet-up that will mean getting back together.

Keep it VERY casual and laid back sounding. If it feels too "romance-y" he might bail on you, and then you'd have to recover from that. 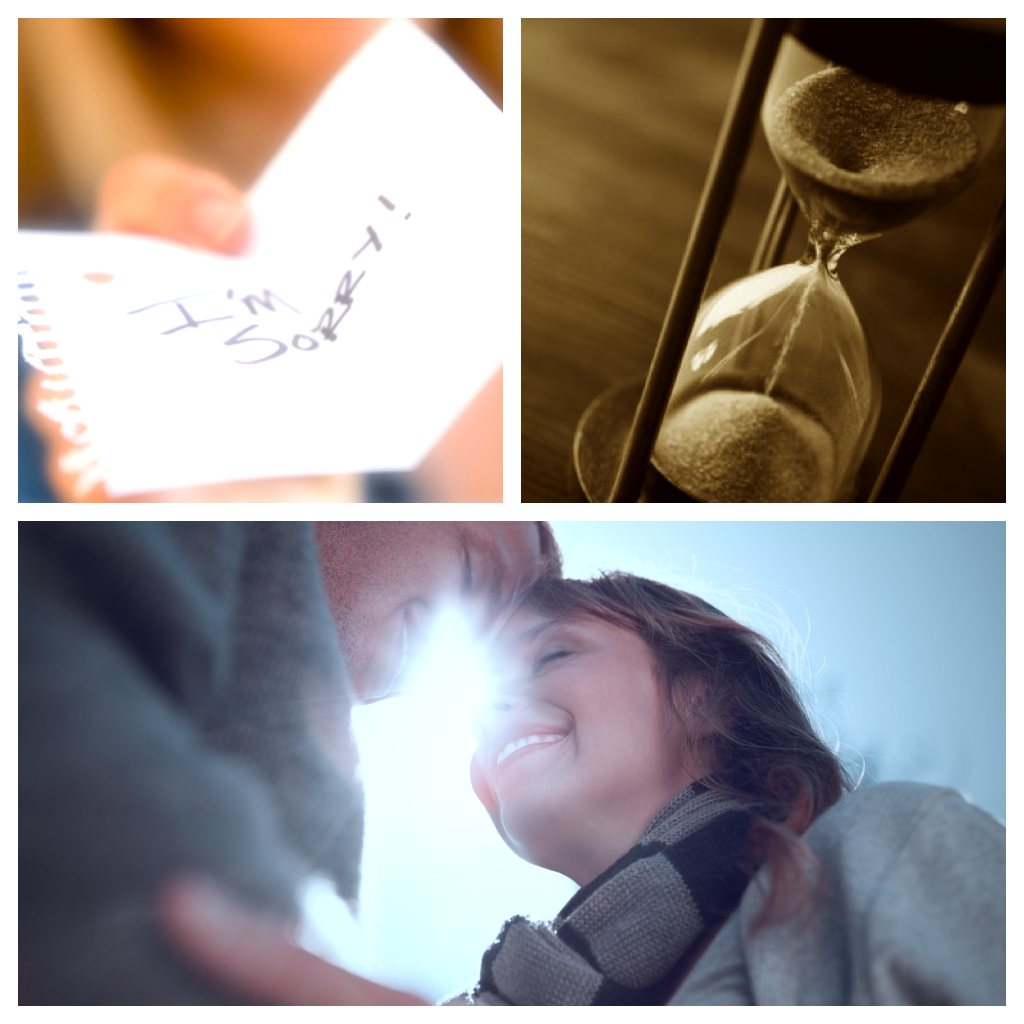 One of the best things you can do at this point is to use one of my Passion Phrases ™ on him. If you can, you want to use the "reset phrase" - the one that gets him to reconsider your relationship.

Guaranteed, this one phrase can turn him around and help you get your ex back.

There are tons of questions like this. You can think yourself into complete lunacy by trying to foresee every little what-if in the world.

The real goal here is to simply get moving on your plan NOW.

You might need a little extra help going forward, too. I can help you with that. You may want to know what to say to him - and when.

You may want to know how men think, and what you can do to get him to fall in love and STAY in love with you...

Go check out my simple plan for Irresistible Desire...