FOLLOW
Decoding His Signals And Feelings, Did He Lose Interest?, How To Attract Men, Relationship Advice

What Makes Guys Shut Down Emotionally And Withdraw

It's one of my top coaching questions: What Makes Guys Shut Down Emotionally And Withdraw?

Look, it's no secret that there are two things that every relationship question boils down to in my experience...

And if I'm perfectly straight with you here - and I always am - #2 is pretty much the same as #1, even if it doesn't seem like it on the surface.

Let's be real here - Guys are not easy to reach emotionally.

So yeah, I get it. Men seem emotionally distant. 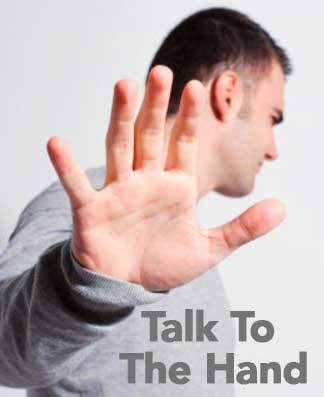 It's challenging but you can reach him...

But here's the honest-to-gosh truth:

Men feel emotions just as deeply as women do. We just keep them out of sight.

FACT: Men are never rewarded for being "more emotional" or expressive. In most men's experience, we never win by being emotionally transparent to anyone. It's how we grew up.

So while you might THINK this is a shortcoming, you would actually get really sick and tired of a guy who was emotional all the time.

Trust me. I used to pull that on some women back in my 20s, and I noticed that they would lose attraction for me in just a few dates. Almost like clockwork.

FACT: Men are not attractive when overly emotional.

You know it. No matter how much you WANT a guy to be more emotional, you also know you'd get sick of that really quickly. It's okay in your girlfriends, but not in a guy.

That being said, I think guys need to know how to BETTER communicate their emotions to women.

And truthfully, we will share our feelings more - if you do something first.

I'll tell you what that special thing is in a bit, but first, let's talk about what makes guys shut down emotionally and grow cold.

Why he goes distant on you - REASON #1: He's overwhelmed.

Yeah, you might have heard me say this once or twice. Guys don't respond to women's emotional expression in the best way.

Let me give you a quick example:

After a few weeks of relationship problems, you've had enough. You've reached your limit, and now you decide to have it out with him. Let's say you've just spent 15 minutes explaining your frustrations with him.

Hey, it's easy to "ride the rapids" of emotional purging when you finally feel free to express yourself.

THE PROBLEM: This leaves him with about 2 minutes of emotional tolerance left over to talk to you. You see, he just spent 15 minutes coping with emotional dialogue that has probably flooded his system.

He's now completely spent from just keeping his act together while he listened and held your emotional container for a quarter hour. You probably feel GREAT, venting all that anger, panic, fear, and hurt. 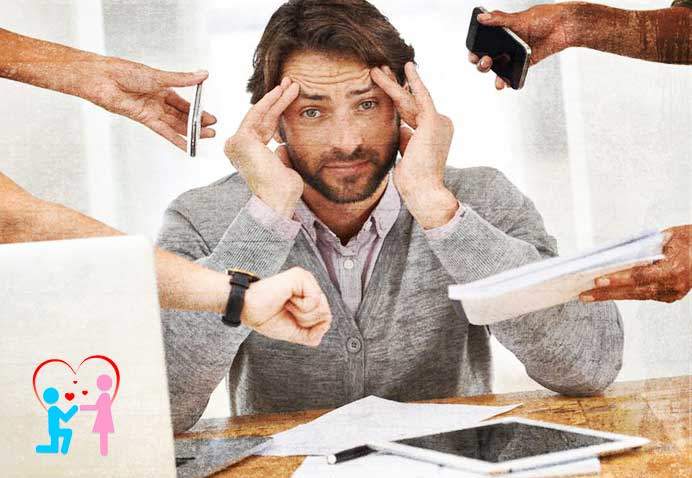 He feels like dog poop. And now he just wants this whole thing to be over so he can soothe his raw emotional nerves with a game of Call of Duty on the X-box.

He feels it all in his body: A big CLENCH that starts from his toes, works it's way through all his muscles, his gut, and then up the back of his neck into his brain.

He's like a cat backed into a corner. All he wants is OUT - in any way possible.

Which means you're unlikely to get a lot of emotional sharing from him.

Recognize that you may have to split this emotional venting session up into two parts...

And then let him go. 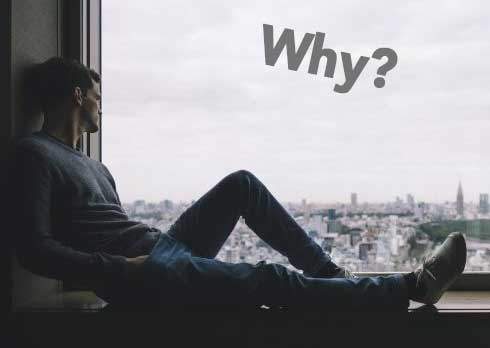 Give him the time and space that he needs.

Don't force him into responding to everything, or you'll get the fastest and least helpful information from him. Give him an opportunity to breathe, think it over, and get back to you.

2. If you have to, set a time and date for the next half of the meeting. After you give him some time to recover.

And then extend him the courtesy of not interrupting him, or you'll likely see him shut right down again.

Men need a lot of space to feel safe and comfortable enough to open their heart and feelings to you.

Just as much as you need to express your feelings TO him!

Why he emotionally shuts down on you - REASON #2: He's overlooked...

Men are happy to listen to you and hear out whatever is troubling you. When we're in love, we have no problem with that. Your happiness is everything to us.

There's a saying in Italian families - and it's said by the men: "If you're happy, I'M happy."

It's the simplest way a guy can express this desire to please you.

However... if we sense that we can't do anything to please you, we'll shut down. 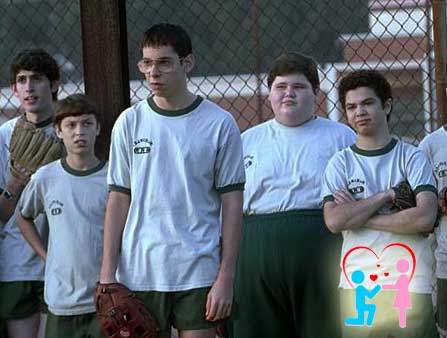 Feels like being the last person picked for the team.

Yeah, I know YOU feel there's something he could do for you - but very often the EMOTIONAL content of your conversation sends us the opposite message. Especially if it doesn't feel like HE is being heard.

Ultimately, that's the problem in 90% of all conversations between men and women in relationships.

It's HUGE. And usually neither side feels like they're truly being heard. Either one side is on the attack, or the other side is defending way too hard.

Just check in every so often and find out where his head is at so he doesn't feel overlooked. And he won't shut down on you.

Yeah, you heard me. You're too flippin' nice to him!

Guys don't need you to be so indirect about telling us how we need to shape up. We respond best to straight and clear communication.

Which is something you would normally NEVER do in conversation with your girlfriends. Women are conditioned to be very soft and gentle in the way they handle the other women in their lives.

However, the more indirect you are with a guy, the more likely he will interpret your request to be "not a big deal." Since you made it sound like... not such a big deal. 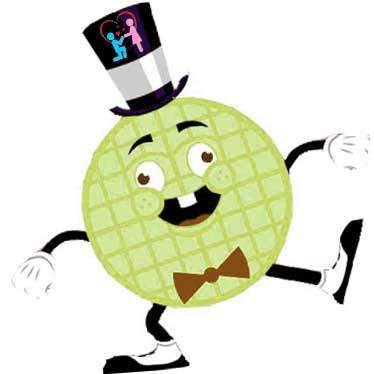 Don't give him the old song and dance routine.

You gotta be clear and straightforward with him. Don't waffle and dance around the subject like you're afraid of him getting mad at you for getting a little mad at him.

If he's leaving his cruddy underwear lying around, TELL HIM: "Dude, what's with the nasty underwear? Throw your nasty chonies in the laundry hamper...."

If he's not washing the dishes, bust his chops a bit: "Dude! There's nothing clean for me to eat my bon-bons off of! Whatever shall I do?!"

Don't nag him. You have to know how to talk to him to get him to listen to you. Something I'll show you here...

Just remember: Don't nag - instead be disappointed. It will kick his butt into gear.

Look, this one is going to come as a bit of a shocker to you, but when men are asked why they're not romantic anymore, it usually comes down to one simple reason:

"She's never romantic with me."

Yeah, guys want you to be romantic, too. Remember, that cute stuff you used to do back when you were first dating?  Guys loved that stuff.

It's a two-way street, folks. 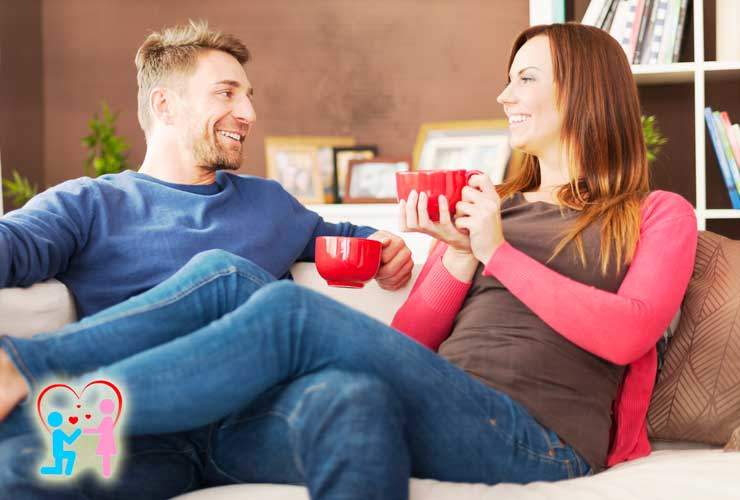 It's okay to take the lead... On occasion.

On the other hand, if you're breaking your back being romantic to him now, cut that out. If you're doing TOO much work, he'll figure he doesn't have to do anything. There's a comfortable back-and-forth of romantic effort in relationships that work.

You'd be surprised to know just how many women ask their man to show initiative, but then never demonstrate any initiative of their own.

Remember that you control only you. The way we get others to do stuff is to meet their expectations while we communicate our expectations.

When they don't live up to them, it's time to move on. Don't cling to a situation you can't improve.

Why he grows cold and distant - REASON #5: He's not feeling desired, or respected...

Guys are actually pretty simple to please. We only need two things to run our romantic engines forever:

Respect for a man is pretty easy. Just tell us we're appreciated for what we do.

Yup. It's that simple. 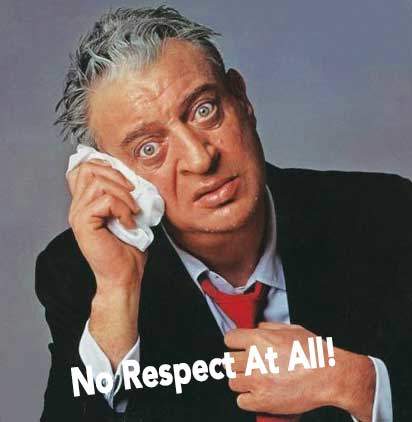 Can he get some?

Just like the rule with kids: Catch him doing something right - and then recognize it.

What's gets recognized gets repeated.

Which means that when you only recognize the negative stuff, he will probably repeat that. You might experience this now.

Sometimes we want ANY recognition, so we settle for the negative... but it's not what makes us open up to you.

All relationships that work are built on overwhelming positive communication. Which simply means you talk more about the good stuff than the bad stuff.

And the only reason people do it the other way is if they fall into the habit of expecting less from their partner - and never asking for what they need.

Usually, it's not that you don't feel respectful or desiring of him -

You're probably just wondering HOW to COMMUNICATE it to him...

How do you make him FEEL desired and respected?

And you might wonder how to ask for what you need.

It's all in the words you use with him.

You can trigger any man to resume the chase...

You can have him wrapped around your finger, just like he was when he wasn't sure how you felt about him...

Learn how to trigger his "seeking system" so that he wants you and only you!

CLICK HERE to discover the secret love language of men...