What Men Want - 5 Things He Wants In A Soulmate

Meeting your soulmate - a.k.a. the One who seems to have fallen out of the heavens just for you - can be a hard concept for a lot of people to grasp. Skeptical folks love to dismiss this idea because to them, the odds of finding someone so perfect is next to impossible.

I mean, do YOU know anyone who's actually in a flawless, conflict-free relationship with a person they NEVER disagree and ALWAYS get along with? 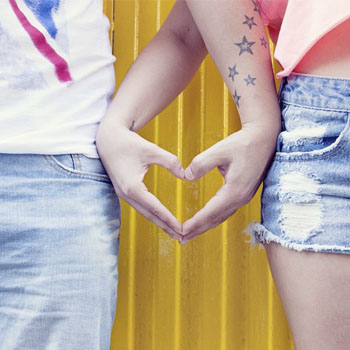 So, I find it a little far-fetched to think that you'll somehow find a guy who could do no wrong and fulfill every Disney-princess desire from your childhood.

But guess what? I STILL believe that soulmates DO exist.

Even if you don't get along with him 100% of the time or get into the occasional argument with him, that doesn't mean he's any less of your soulmate.

When you strip away the fairy-tale packaging, soulmates are REAL.

But they exist in the form of someone whom you a share an EFFORTLESS connection with. He's the kind of guy that instantly "gets" you and you don't have to explain anything to him because he knows where you're coming from.

It doesn't mean that you won't have those challenging days, or that you won't disagree. In fact, the occasional friction is what creates sparks in a loving relationship.

You see, over my 14 years of helping hundreds of men with relationship problems, I can tell you that guys are ALSO on the lookout for their soulmate. Like you, men also believe that there's a girl who'll simply understand them on a gut level. 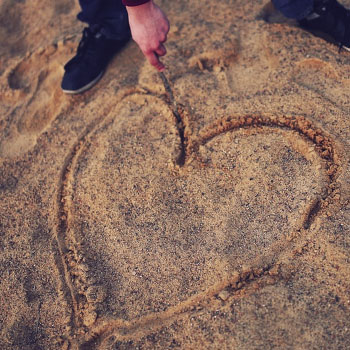 But how do guys figure out if they've finally found their soulmate?

Well, I've put together some feedback from my male clients.

And these are the top soulmate signs a guy is looking for:

What Men Want From a Soulmate - #1: Someone Who Enriches His Life

If being with you creates a positive ripple effect within his social circle, he'll take that as a sign you're The One for him. Most guys I know have told me how their ex-partners were too possessive of their time and would always get into arguments over "who he loves more."

I get it that a lot of women can find it hard to win a halfway decent guy, or at least someone who's emotionally available. And when that connection seems to be threatened by other people (and sometimes by his work or hobbies), it sets off a panic reaction in some women.

And that's why men value a partner who can give them the freedom to keep pursuing those other connections he has with his family and friends - without the drama.

Better yet, it puts him at ease and helps him relax into his relationship with you, knowing that you complement his overall life. And that's instead of it being a source of conflict for him. 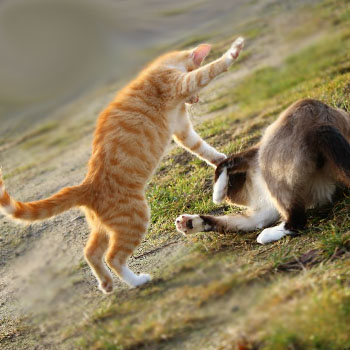 Now you might tell me "Hey Carlos, don't lump me in with those other women, because I'm totally cool with my guy hanging out with whoever he wants, even his female pals!"

I'm not trying to put you on the defensive here. But take this as an opportunity to think about whether he REALLY feels that sense of freedom in your relationship with him.

You're The One Meant For Him Signal #2: You Keep Him On His Toes

Most guys are born hunters. What do I mean by this?

Right from childhood, they're raised to be achievers, to reach an end goal and see a worthy quest to completion.

This is what defines his masculinity. So it's in his interest to Get It Done.

This can take many forms throughout his life, like academics or sports in school, his career when he's older, and yes, even his relationship with you. To him, nothing worthwhile in this world is easy to get.

You've probably heard before that men love a challenge. You shouldn't just let him win you over too soon. But that could easily get mistaken with simply playing "hard to get."

Challenging him is just scratching the surface of what a guy REALLY wants in a partner. Deep inside, he yearns for that special person who makes him feel that he needs to EARN the affection and approval. 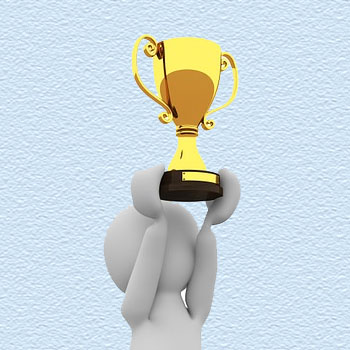 When your guy knows that you're worth THAT much to him, you're on the right track.

Here are some key ways to give him a healthy amount of challenge:

- Avoid full disclosure right out of the gate. Guys want to earn the privilege of knowing the personal details of your life as you progress along with him. That means no unsolicited stories about your ex-boyfriends, or traumatic past events he’s not ready to absorb just yet.

- Give him credit when credit is due... But try not to ooh and ahh over every little thing he says or does. That's actually a buzzkill because we LOVE the challenge of trying to impress you.

Excessive and undeserved praise feels needy to a guy, no matter how much you think we want our egos stroked. Ok, maybe we DO want a little of that, but too much and it turns us off.

- Don't devote every single minute of your life to him - that's the hidden signal that tells him he's 'got you.'

He doesn't want that kind of responsibility (especially so early on) and it even gives off a 'Fatal Attraction' kind of vibe that makes a guy think twice.

Instead, set aside a decent amount of 'me time' in your calendar and let him miss you for a bit. Missing you is a powerful way to get him to fall for you. 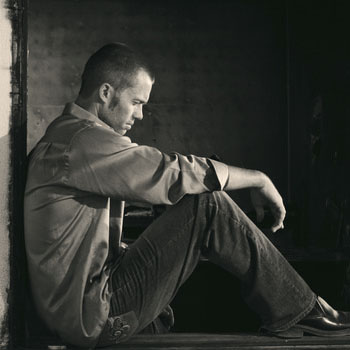 By the time you get back together with him, he'll be thirstier than a stranded sailor on a remote island.

This is a HUGE factor and every guy is on the lookout for someone who brings this to the relationship. Without respect, it feels like the relationship is fragile and will eventually crumble.

If you can't even see him as an equal, how can he stay with you?

For example, men are wary of when you get nasty during a fight and attacks his personality instead of the issue you're arguing about. 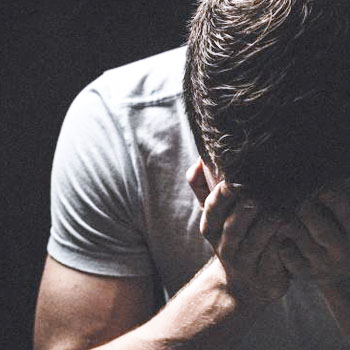 Todd, a building contractor manager from Michigan, told me:

"My ex-girlfriend and I used to fight about shared expenses, and she often played the I'm-earning-more-than-you-card. It was really disrespectful because I never once resented her having a bigger paycheck than me. But she used it as leverage and made me feel I wasn't pitching in as much as her."

It's important to men that you're STILL on the same page as him when you're working through your differences, which is basically attacking your problems from a 'Team Us' point of view.

When you start belittling him or throw hurtful words meant to take him down a notch or two, that's when he'll start to pull away and check out of the relationship.

How To Be The Biggest Blip on His Soulmate Radar #4: He's Not Scared To Be Vulnerable Around You

Have you ever been with someone you feel so comfortable with that you have no hesitation at all to relax, kick back, and open up?

You probably get this vibe from some of your closest friends who make you feel at ease and drop your guard around them. And you feel like you can talk about almost anything with them. 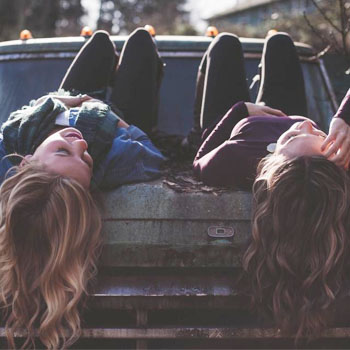 Guys want the same thing from you, but with physical attraction and romantic feelings mixed into the relationship, of course.

I'll admit it: Guys can be defensive with women by being emotionally distant.

Sometimes we suddenly pull away just when things are getting hot and heavy. Women misinterpret this as "commitment phobia", but the truth of the matter is that men flake out when a girl triggers his internal warning system.

That's why a guy will be totally relaxed around you and won't be afraid to show you his softer, sensitive side if he thinks you're The One.

Of course, I'm not talking about the kind of guy who reveals his deepest, darkest secrets on the first date, but rather one who gradually opens up over the course of knowing you. 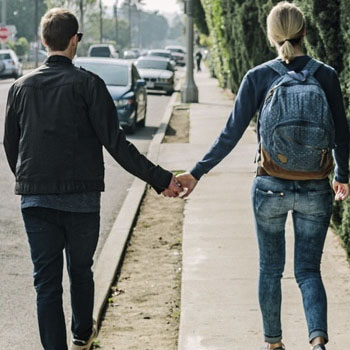 If you can offer him this kind of “safe haven” for him, then that's something that'll inspire devotion and adoration for you like nothing else.

Best Way To Seal The Deal - #5: You Complete Him

I fully realize this is completely cliché and probably made you cringe, but hey, just because some ideas seem worn out doesn't make them any less true.

Yeah, that famous line resonates EVEN with the manliest of men.

Guys won't say it out loud, but they truly want a woman who fills that gap in their life they didn't even know was there. Or that they needed! 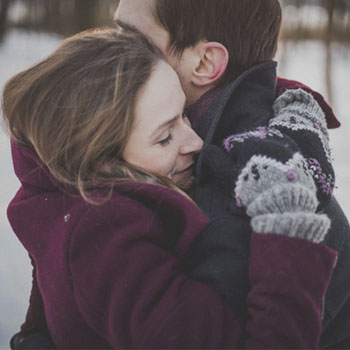 This isn't to be confused with someone who treats a relationship as a band-aid to heal a wound that he needs to fill for himself, like low self-esteem, childhood issues, or a dull social life.

What I'm talking about is being the kind of woman that can stand as his equal partner AND support him in ways that no one else can.

He knows you're The One if he can:

- Lean on you (within reason)

This is heavy stuff that guys are always contemplating - even if he's NOT always aware of it on a CONSCIOUS level.

These 5 signs let him know you're probably The One.

BUT there's a whole other set of signals that tell him you're TRULY his soulmate. 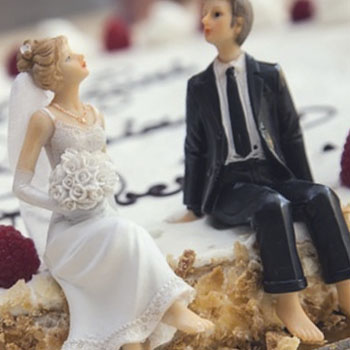 This is something that a lot of women miss, and not giving off these signals could determine whether or not he'll choose you as his LIFELONG partner.

I've detailed these VITAL indicators in my free video presentation. I reveal exactly what he needs to see in you before he will commit his heart to you.