So why won't he marry you? Why don't men get married?

It may not be "PC" to say it, but l know for a fact that women everywhere still entertain the thought of getting married someday - or even married AGAIN...

And even if you don't want marriage, you'd like the OPTION to get him to propose to you. To know that he loves you THAT much, that he'd devote his life to you.

If he's not proposing to you yet, there's a reason. But you might not know what that is...

The facts of the matter are that men are not as interested as they once were in getting married.

Fewer women are interested in marriage, too - but not in the same numbers as men.

The fact is that men are not any more immature - or commitment phobic - than they have been in the past.

Women end up working a lot more just to make marriage work, while men often end up reaping the benefits of it.

Guys aren't hopeless, ladies... just a little ignorant. Which is why I spend all my time teaching women how to be the leaders in the relationship.

So I'm going to explain 7 (SEVEN) of the most likely - and possibly shocking - reasons why he won't marry you. 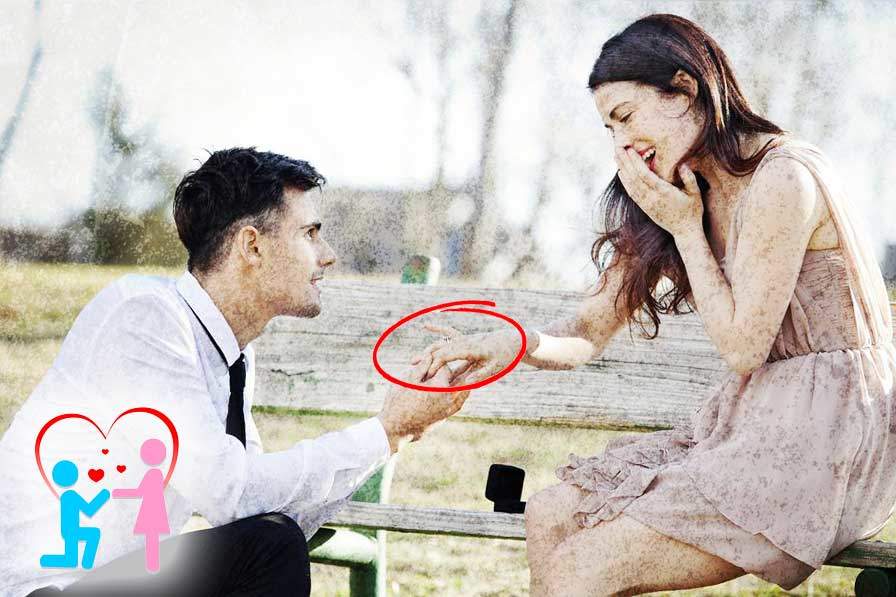 How do you make this a reality...?

Before we get into these reasons, however... I want you to really understand the reason why you want to get married in the first place.

Do you simply want to get more security in your relationship?

Keep in mind that just because you have something 'official' to point to, doesn't make your relationship more secure. Studies have shown that marriages are just as likely to break up as long term relationships. And in some cases, marriages are more likely to end.

So don't seek a marriage proposal just to get some imagined "security" in your relationship that you may feel is lacking now. That kind of superficial commitment doesn't really mean anything.

Do you want to finally get him to focus on you?

Maybe he's got a wandering eye... maybe you think that getting him to say "I do" will make him treat your relationship more seriously...

But I'll save you some effort on this one and tell you that if you are looking to change the nature of your relationship just by getting married, you're barking up the wrong tree.

If your relationship isn't solid and steady before you walk the aisle, you're not guaranteed to get any more security AFTER you get married. In fact, that's kind of a "hail Mary" pass.

Don't roll the dice for your relationship.

Okay, let's move into those seven reasons he won't marry you:

REASON 1: You only want to get married...

Okay, it might not be the ONLY thing you want, but you send out clear signals that marriage is one of the most important things to you. 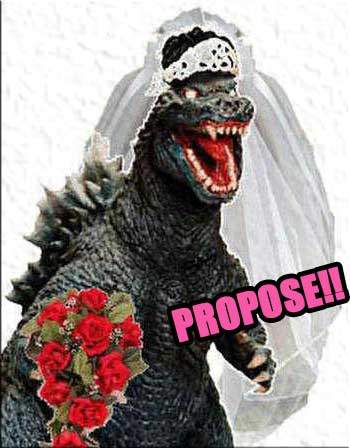 You know what I mean. There are women out there that are insane for anything related to weddings.

Don't be that woman.

Men are very wary of a woman who seems to want the marriage more than HIM. We know that we will always be less important than your idea of the "perfect" relationship.

You have to want the strength and love of your relationship before the marriage.

Because he will decide based on his feelings of what your motivations are - and your level of commitment to HIM...

Well, not LITERALLY going to prison. That would be weird.

But if he feels like he might lose more freedom getting married than he will gain love, respect, and a position of status...

Keep in mind that men fear the loss of freedom more than anything in the world.

And I don't mean that he needs the freedom to date other women - he only wants that if the relationship isn't giving him what he needs. 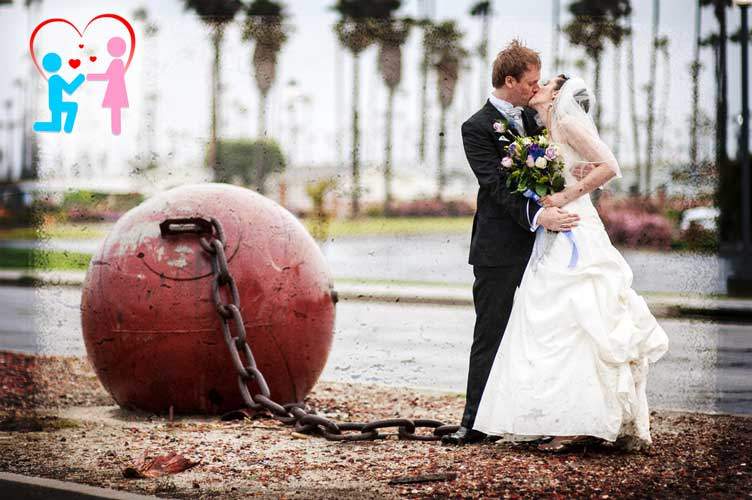 Have a relationship that lifts you up, not weighs you down.

He needs to know that he won't have to adhere to a strict schedule of texting and phone calls to keep you feeling safe and secure. Or that he'll be expected home by 6:00 PM every night.

Sure, you need him to be responsible - but you don't want him to feel like he's got a parole officer either.

Make sure he feels like he's still got some freedom, or he will avoid marriage like the plague.

REASON 3: The Gang Will Disappear...

Sadly, right along with losing all his freedom, the next thing he will likely lose are his friends. Most men sense that his gang of buddies will have to take a back seat to the relationship.

Well, the reality is actually quite different for both of you. BOTH partners tend to lose some of their friendships in the process of creating a marriage. We all know how the single friends are usually the first to go.

(C'mon, you've probably seen this yourself with your own married friends...) 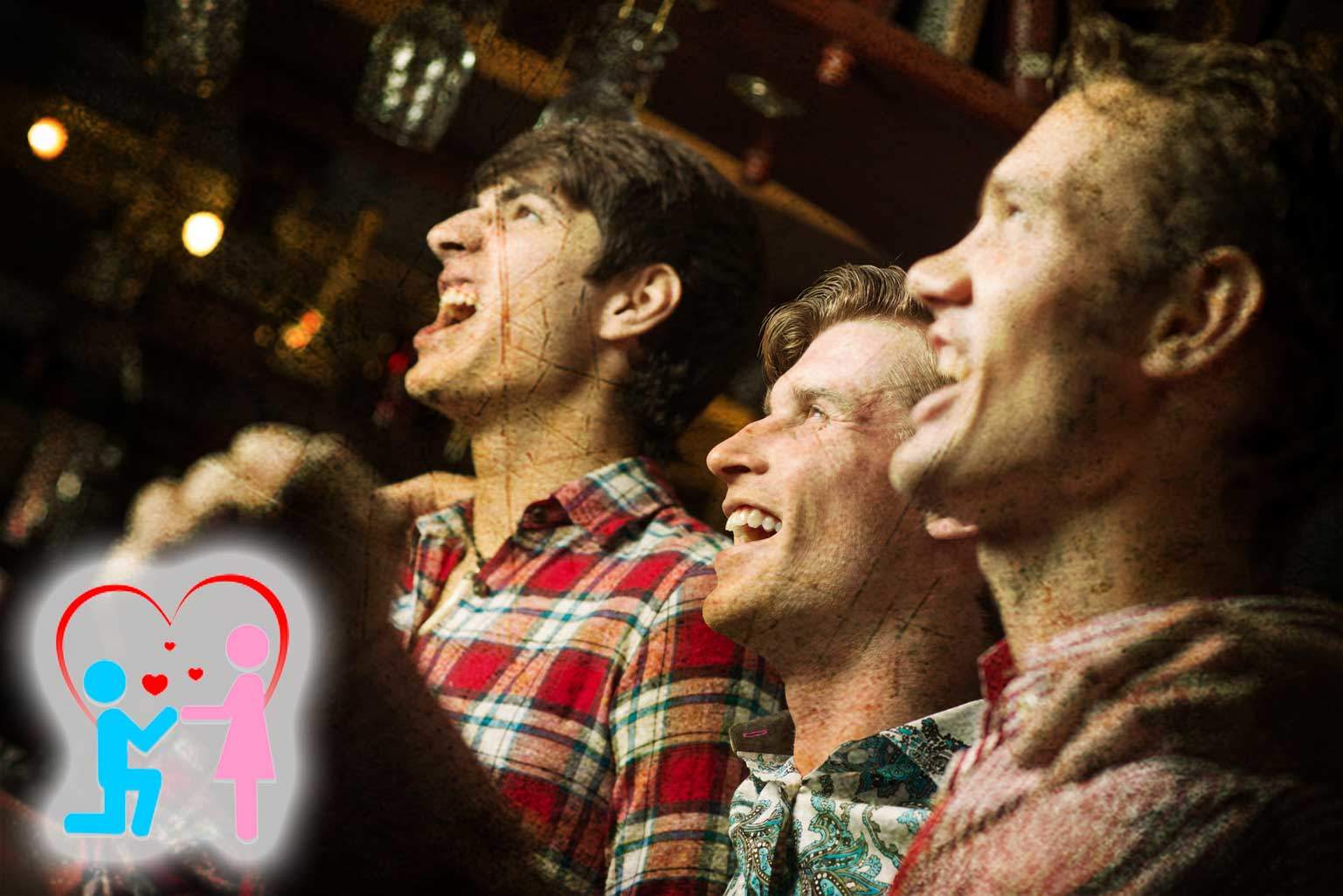 Be willing to share him with the other people in his life...

It's harder for a man to lose friendships, as men tend to invest more emotional value in fewer friendships than most women do. And the loss of a man's friendship tends to hit him harder.

So you want to make sure your man never feels like his social circle will suffer because of the new relationship. Deep inside, he probably knows that a few of his buddies will probably disappear - and that's okay.

But the primary relationships can't - and shouldn't - be threatened.

Look, it's never been a better time to be a single guy. Guys tend to use online and mobile app dating tools more consistently and frequently than many women, so the "balance of power" has shifted back to the middle.

In order for a guy to feel like he really needs to make that marriage commitment to you, he has to REALLY want it. 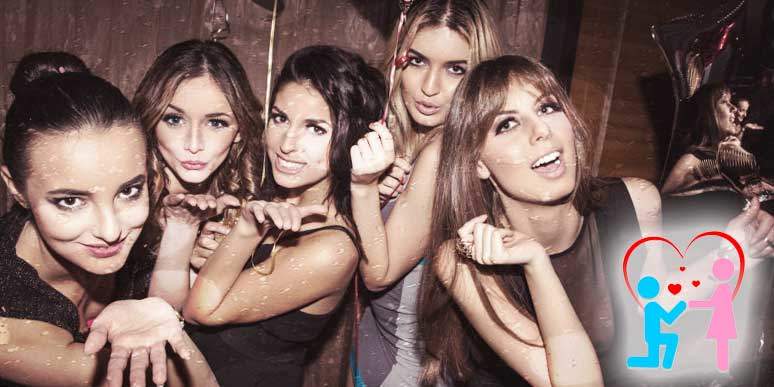 Make this something he'll no longer want or miss...

It's not like the old days - where he had a domestic life all pre-packaged for him, complete with a wife waiting with a martini for when he got home from ' a hard day at the office.'

So you have to know how to show him a really powerful vision of your life together as husband and wife. A man wants to forge a single intimate relationship to provide him with his primary sense of connection - and that's his wife.

So your relationship has to be more appealing than staying single.

When a man is single, his apartment or house is HIS to do with and live in as he pleases.

When he gets married, he tends to lose more and more control of that living space. Suburban lifestyles have exiled men from the rest of the house, and now he's got to find a nook of the garage or attic to create a "man cave" in.

I have my office and man- cave in a large room in our house, but most men don't get this luxury. 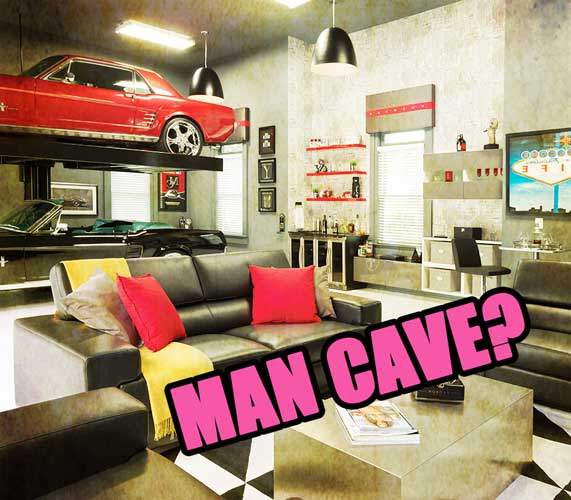 Give him a space where he can "be".

So go easy on the redesign and decorating of the house. Make sure your man feels a part of the decisions regarding it so that you both come together in agreement.

You don't want him feeling like the home he's helping to support and build is something he can't enjoy.  If he feels exiled like this, it will start to create a feeling of separation in him.

This one is a real double whammy of DE-motivation for guys.

First of all, men are often vilified in relationships as being the reason his woman is unhappy. (It's not all him, ladies.) Men often feel that it's a no-win situation, where his manhood is being stomped on. Guys don't want to feel emasculated in the name of a relationship.

Even worse is that men are told to "man up" and be better men, in a culture where masculinity is not appreciated - and usually scorned and rejected. So we're told to just BE better men where there's no reward for doing so.

Women everywhere complain about men being men. Sorry, but if you want us to live up to your idea of masculinity, you're going to have to accept that men will check you out, wink at you, and hit on you in public. 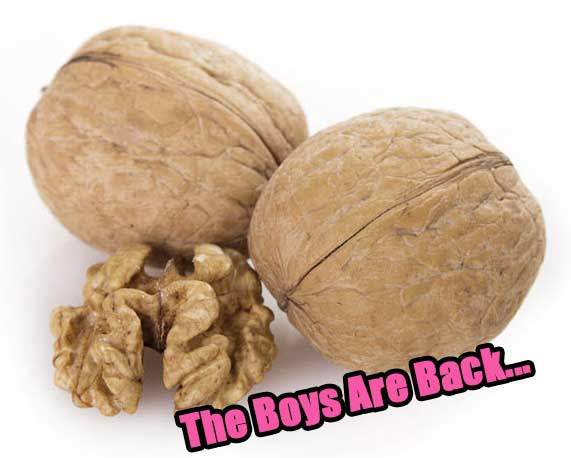 It's what guys do.

Or at least we used to do before it was a Facebook shaming contest.

Recognize that you have to take the good with the bad. Yes, there will be some creepy dudes out there - in about the same ratio as nasty, unfriendly women.

But thankfully, it's still a small minority. Most guys are actually sweet if you tune in to us.

Each of us have a very specific need - and that need is different for men and women.

For women, it's a need for connection. And a need to connect by experiencing emotions.

For men, it's a need for connection... and a need to feel connected by being appreciated and valued. (Women have this, too, but for a man it's CRITICAL.)

If a man doesn't feel needed, he feels disconnected right at the core of his being. His relationship will be null and void if he can't feel NEEDED in some way by his partner.

That's where women need to let go of their need to establish separation and independence all the time. 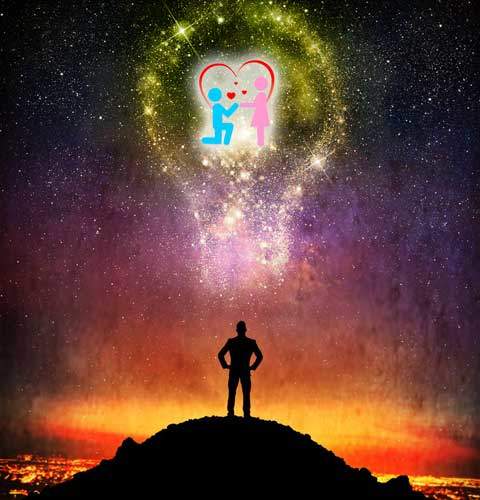 He needs to know he has value and gives purpose.

Yes, men do know you can do it all for yourself. But where in that is the place for him?

It can be tricky for most women to know how to make a guy feel needed.

What do men need, anyway?

If you've ever wondered what a man needs - and how it's different than a woman's needs...

Then you need to know how to crack a man's "code." Specifically, his "connection code."

There are 5 special "connection styles" of men. Do you know what they are?