10 Romantic things to say to your boyfriend

What is the last romantic thing you said to your boyfriend?

If you're like many women, you start out with wild sparks of romance, and it generally starts to get harder and harder to up the amount of goodwill. It takes more and more energy. Knowing what romantic things to say to your boyfriend gives you an arsenal you can use to keep it up.

Showing your love and appreciation for the man in your life is one of the most important things you can do in your relationship.

Communicating the positive is so critical, that many experts suggest that it's the ONLY way you should be talking to your boyfriend or husband.

Here's the truth: Nagging will never work. Even when it works. 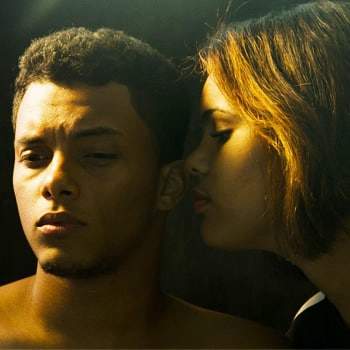 We want to do it when we're not forced to do it...

In other words, pressuring him to do something, or be something, or say something - pressure of any kind makes him pull away from the relationship.

It sounds kind of obvious, but you'd be really surprised how many women push and push a guy, thinking that making him DO what they think they want will somehow make their relationship loving and complete.

It really comes across as a demand.

The irony is that he'll gladly do whatever you like, if you can generate that loving vibe... 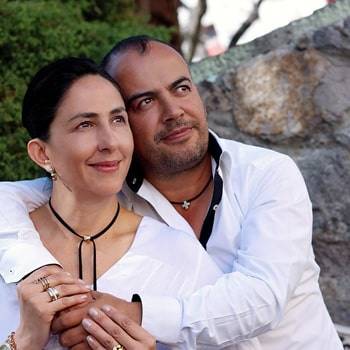 Here's one way to do it: Say the things that stir his heart and make him remember you're The One for him.

Try these 10 romantic phrases to say to him...

Romantic Words For Your Man 1: "Every time I see you, I'm happy!"

There isn't a guy on the planet who wouldn't be happy to know that he makes you happy. In fact, it's the primary driver of men in relationships.

It's hard to spot if you're in that weird place where he started out hot and heavy and now he may be a bit colder. 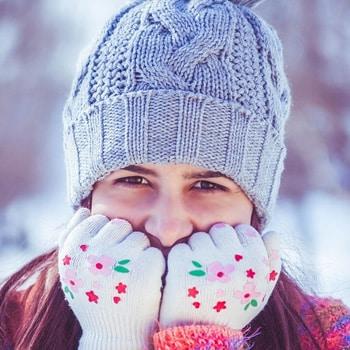 Don't let this happen in your relationship...

But if you can step back and let him know that he makes you happy, he'll find more little (and big ways) to make your heart sing with happiness.

This is also powerful because it tells him that he's the source of that happiness. Most guys are used to women only communicating that the RELATIONSHIP is what makes her happy.

I love this one, mostly because it communicates two different things.

1) You appreciate him. Yeah, this never gets old...

It was YOUR choice. As much as a man needs to feel like "The Man," he also has to know that his being in your life is because you chose him. 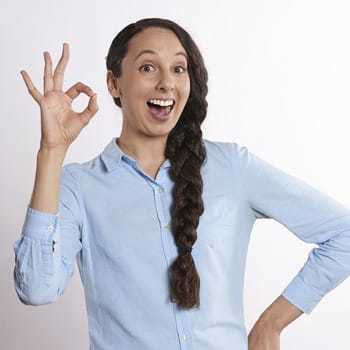 He won't tell you, but he LIVES for your approval...

You see, a man will let a relationship go to his head, if you let him. And most women make this mistake at least once in their lives.

What typically happens is that the second you let him think he's won you, he loses interest.

Now, this only happens if you haven't gotten him infatuated with you FIRST.

I'll tell you more about how to do that in a bit.

Romantic Words For Your Man 3: "Dude, you rock!"

Yeah, it sounds like something a guy would say to another guy. Which is why this one works so well.

Guys get tired of all the romantic schmaltz and ... blechhhh that hits them upside the head in every romantic comedy and television show and song and...

Well, you get the idea.

You have to cut to the chase sometimes in speak to him in a language that he understands. 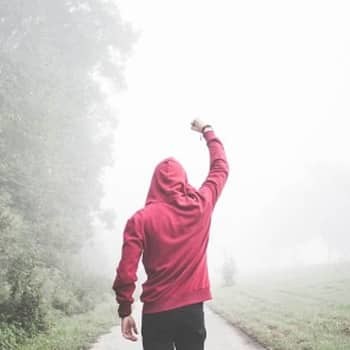 Go ahead and pump him up, he'll love you for it...

Yeah, a guy would appreciate another guy this way.

And hearing it from you won't change the appeal. In fact, it will endear you to him because he probably has never heard this from a woman before.

Romantic Words For Your Man 4: "I don't know about you sometimes..."

Huh? Carlos, this is romantic?

Sometimes the most romantic thing you can say is to bust his balls a little bit. 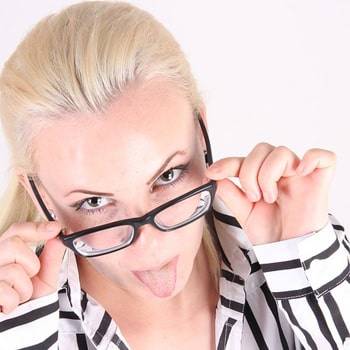 Keep him on his toes and throw him a little curveball every now and then...

Romance is not about flooding a man with your feelings of love so that he drowns in it. In fact, if you do approach romance this way, it's likely he will simply swim away to avoid the flood.

In Gary Chapman's great book The 5 Love Languages, he talks about the five ways people have to feel loved. This is vital to know, because the way YOU want to feel love from him is probably NOT the way he wants to feel it from you.

This phrase is powerful because it shows a little playful doubt, which will let him know he's not always in control of the attraction in the relationship.

(When a guy feels TOO in control, your relationship will probably wither and die. Harsh, but true.)

So don't be afraid to push him back every once in a while. Just say this one with a smirk.

Romantic Words For Your Man 5: "We have our ups and downs, but I think it’s worth it."

This is a good one to use after an argument. And it's really effective because of one HUGE need in men... 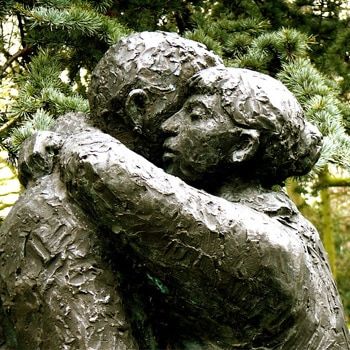 He wants to be in it for the long run...

I'm sure you might think you forgive, but are you sure you do? Grudges are easy to carry, and they form a layer of resentment that can erode a relationship.

Make sure he knows you're okay with him - in spite of your disagreements.

Romantic Words For Your Man 6: "We're good together..."

This phrase is great because it pulls him closer to you, and sends the message of TEAM - not "ME! I WANT! FEED ME LOVE!"

For example, let me tell you a phrase that you should NOT use with a man:

"You are the best thing that’s ever happened to me..." 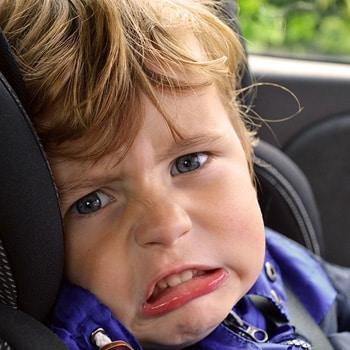 Sorry girls, that's just how we are...

Someone ripped this lame line out of a cheezy romantic comedy that must have bombed big time a the box office.

Yeah, this sounds romantic, but it's overkill.

Used on the wrong guy, you'll send him running for the hills thinking you're going to start picking his locks to his house so you can "surprise him" someday in the not too distant future.

On the other hand, when you confirm the relationship as a together thing, you won't scare him a bit.

Romantic Words For Your Man 7: "I'm thinking about you - several parts of you..." (TEXT)

This is a great text because it starts out romantic, then makes it clear you have sex on the brain. 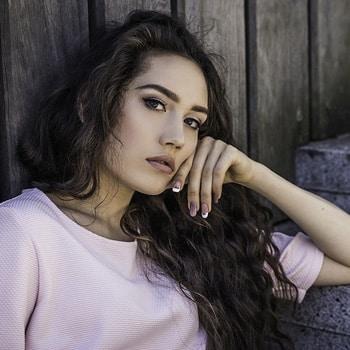 Sometimes, he needs more than a clue...

One of men's most frequent complaints is that women don't demonstrate clear sexual interest for him. A few months into a relationship, and she's still way too coy about wanting to jump in the sack.

Men need you to want them sexually. In a rather unambiguous and obvious way.

Romantic Words For Your Man 8: "I wouldn’t change a single thing about you. You’re awesome..."

Okay, with this one I'm giving you a license to lie. A little bit...

I mean, I would HOPE this is true, but I know darn well you've got a list of 28 different things you'd like to "fix up" about him.

The important thing is that you never make him FEEL like he's a project of yours.

You can help him improve in a variety of ways, but never let him feel your disappointment that he doesn't exactly match your Mr. Perfect checklist. 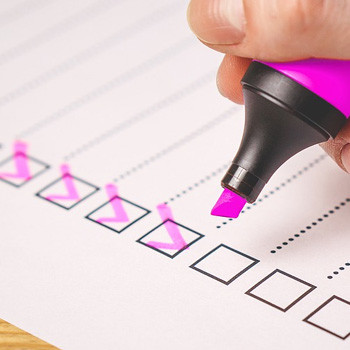 We want to be THAT guy for you, but tread carefully...

If you doubt this, just keep in mind that he could come up with the same list of things about you, but he doesn't feel compelled to go there if he's getting loved up enough by you.

Tell him he's perfect the way he is, even if it's a bit of a fib. Mostly because saying anything else is ruinous to your relationship.

If he's making you happy, let him know.

All too often, men only hear about the myriad of ways he disappoints instead of pleases.

Letting him know what triggered your love is extremely important, if only to tell him what you want him to keep doing. Men need to be told in no uncertain terms what they do right so they know what is working.

Don't be subtle with a man. It will only confuse him.

Guys are simple when it comes to love and relationships, so don't work him like he's a woman.

Keep him informed on your recipe for happiness and he'll keep cooking it up for you. 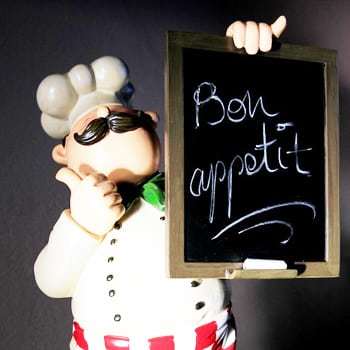 He'll whip up a storm of happiness for you if he's motivated enough...

But what if you're not sure how he feels about you right now? Maybe you have some lingering doubts as to where his heart really lies, and you'd like get more clarity on this.

Trust me, I know that feeling as well. Ambiguity isn't a good thing in relationships, so here's a little quiz I put together to put an end to that.

Find out if he really loves you...

It'll only take a couple of minutes or LESS to know what's going on in your guy's head - click HERE to take the quiz now...