Have you ever had someone you really liked? Have you ever been curious to know how to get a guy to ask you out?

Sometimes you meet a guy and you realize he could be a good boyfriend. Sometimes you spot a guy in a bookstore that catches your eye.

Maybe it’s a guy you’ve known for a while and you just started having some feelings for him.

He hasn’t made a move yet, but you want to get him to.

But you also don’t want to do everything yourself.

And you know if you could just get him alone, that’s how to get him interested in you and starting to like you.

What you need is a solid strategy to get him to ask you out and start the romantic fire. 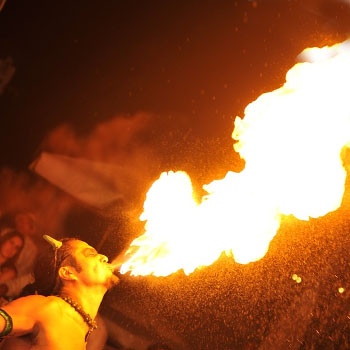 I’m going to show you 3 simple steps to get a guy to ask you out. And he won’t even know what made him do it.

First off, don’t do the third grader trick of sending him an email with the suggestion subtly planted inside.

Men are notoriously thick, and he will most likely miss your hint…

And then you feel weird putting it out there again for fear that he DID see your first hint and now you’re just being pushy.

Also, don’t try that trick of having a friend of yours comment that “You two would make a cute couple!” when she sees you together.

That’s corny and dumb, and probably will backfire on you. It’s a huge turn-off to a guy who hasn’t been properly inspired into feeling attracted to you.

And lastly, don’t be fake or manipulative to get his attention, no matter how much you think it will get you the result you want. Ultimately, you’ll still have to own up to the deception. 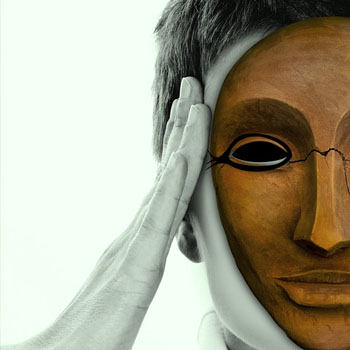 And that can undermine his opinion of you. So be honest at the start to give yourself the best chance for it to turn into something strong.

Guys spot these little tricks because:

So the next step for getting a guy to ask you out is that you have to flip the “friends only” switch in his head over to: “Hmmm… Yeah!”

Which is a lot easier for you to do than you might think.

Most women will put a guy into the Friends Zone, and he’s never getting out. She made that choice because of certain behaviors he demonstrated, and her gut knows this guy isn’t going to make the grade.

But a GUY only puts a woman into the Friends Zone temporarily.

Maybe he wasn’t in the right head space, maybe he had his eye on another girl (more likely), or maybe he was just confused about your interest and didn’t want to risk rejection. 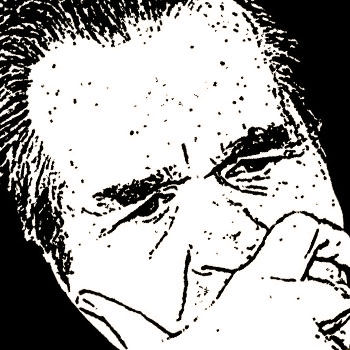 Let me give you a little clue about men: Guys usually have one girl they’re really focused on and infatuated with – and then there are all the others they just aren’t paying attention to.

It’s not that he isn’t interested in dating other ‘options’; it’s that he’s just not looking for them.

Which means in almost all cases – except where there simply is NO chemistry – you’ve got a shot at getting the two of you out on a date. He has to discover that he does like you.

So let’s jump right in with…

How To Get A Guy To Ask You Out

Step 1: Make him notice you

No matter what the situation is, you have to get him to notice you. It’s a critical first step.

Otherwise he could wind up passing you over for some other girl that just happens to run into him at the right time.

And that means if he’s a guy you haven’t actually met yet, you need to get in his space. Use those feminine wiles to catch his eye!

As in, literally catching his eye if you have to.

Lock eyes with him if you can. Eye contact is one of the best ways to get a man to take notice.

Most women look away when they catch a man’s eye, and that makes it just feel like an accident. Sexy eye contact is one of those fine arts of the feminine that seems to have been forgotten.

You only have to hold his gaze for a second or two. If he looks away first, you’re doing it right. 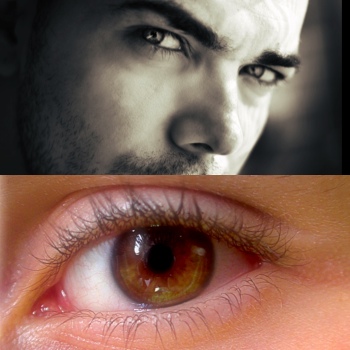 Throw in a smile with that eye contact and he’ll know he’s got an open invite.

Yes, I realize this means putting yourself out there for possible “disinterest” from him.

Hey, it’s something every guy goes through. What men realize is the truth of the famous quote by legendary athlete, Wayne Gretzky: “I miss every shot I don’t take.”

And yeah, you may have to go as far as bumping into him to get him to notice you. Seriously, some guys are incredibly clueless when a woman is in his “flirt zone” and you have to do whatever it takes.

This isn’t just for a guy you see in a bar, either. It could be a guy you work with, or someone you run into in your social network. 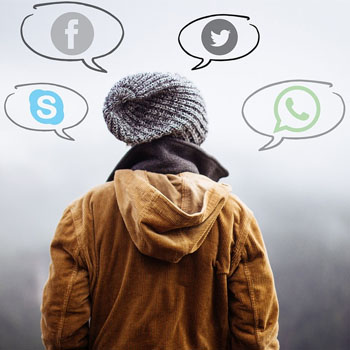 You simply have to get on his radar, and then you can go from there.

This leads us to the next step:

Talk is the essence of all short or long-term hookups. You have to start the conversation to light that fire.

And there are ways you can put out a vibe of “let’s see where this goes” without having to put yourself completely on the hook. After all, you want to inspire him to do the chasing, right?

One great way to start up a conversation with a guy with low risk is to simply ask his opinion on something.

Every guy has an opinion about something – and even if he doesn’t, he’ll still be happy to give you some of his thoughts on the subject. 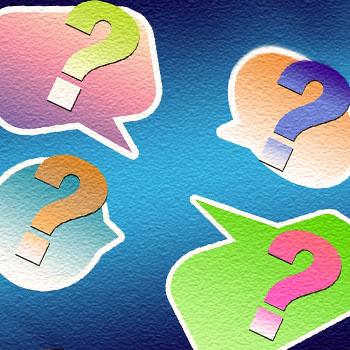 Just ask his opinion about a purchase you’re planning to make, especially if it’s a gadget of some kind – like a new phone or tablet. You can ask his opinion on just about anything, really, just to kick off the talk.

After you’ve gotten the talk started, it’s a great strategy to point out that it’s strange how you two never crossed paths before, which plants the seed of “Hmmm… is it destiny?” in his mind.

Just remember, though: A guy may want to ask you out, but when he realizes that you like him a lot more than he likes you, he might lean back just to see what you’ll do about it.

It’s always DOUBT that kicks him back into gear to pursue you. Which is where you need him.

So don’t do too much of his work for him.

And that brings us up to…

You never need to put yourself completely on the line by expressing your interest to him. You don’t ever have to verbalize your attraction to him, either.

But in order to get him to take that final step with you, you may have to find some more assertive ways to get him out with you. 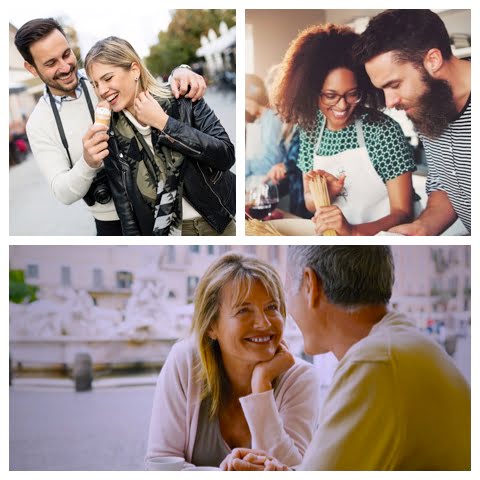 Which is where “weaving” your way into his life can be a really effective way of getting the date with a guy you’ve had your eye on.

The more his life seems to mesh with yours already, the more likely he’s going to want to see if there’s romantic potential.

(I don’t have enough space here to explain, but if you want more information, just check out my Soulmate Signal program to learn more on this. Or if you want to know why he likes you, go here)

So here are a few easy (and ethical) tricks to weave your way into his life, and get him out on a date. Or at least open his mind to the possibility that you two could be more than just friends…

“Tricks” To Make Him Want You & Ask You Out

Just ask him if he wants to check out a new bar or restaurant that just opened. You’ll end up sitting there for a dinner or drink with him alone, which is the best place to start.

Then you can apply some flirting to bring out his playful side and turn things to a more romantic edge.

– The “Already Doing It” Tip

Tell him that you’re going to grab a coffee today and he could join you if he likes. This is something most guys won’t ever turn down if he’s interested at all in you.

It is indirect yet casually exciting for a guy to just hang out over a cup of java. 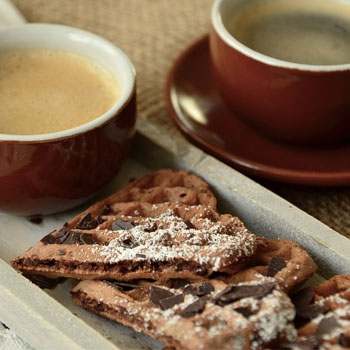 The key to this one that makes it a good step forward – and not just some phony trick – is that you really should be going out and doing the thing you’re inviting him to. You gotta follow through so that you maintain the vibe of “Hey, I was just doing it anyway…”

Otherwise, the next time you do this, you’ll have the vibe of caring a bit too much if he says yes or no, which can be a red flag to a guy’s intuition. (Yeah, we have one, too.)

– The “Hit a Movie” Strategy

One of the easiest ways to get a guy out is to go see a movie. You can keep it very open ended, with no intentions going in. Just make sure you choose something guy-friendly that he’d like.

In fact, if you want to really be sure he’ll say yes, just pick out an action flick he hasn’t seen. 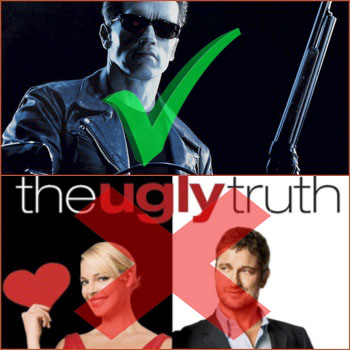 Remember, the easier you make it for him to say yes, the better.

– Ask Him for Help Technique

This is kind of a variation on the theme of asking for his opinion on something. If there’s anything a guy loves to do more than share his opinion – it’s help a woman in need.

Our rescuer instinct runs deep, m’lady. And if you don’t take advantage of this, you’re crazy.

Take a look around your place right now. I’ll bet any amount of money that there’s a few things that need fixing. And if they’re not outright broken, I bet there’s something that isn’t working quite right.

Call him up and start some chit-chat. Then mention that thing you’d like to fix, or that something that needs a little tweaking.

Anything from a slow drain in your bathtub to a sluggish computer is fair game.

Or just text him at random: “Hey, do you know how computers work?” It’s pretty much a slam-dunk that he’ll come over if you have any tech “issues” – so feel free to use that one. 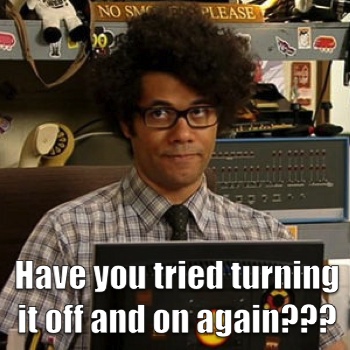 Even if the guy is a knucklehead with mechanics, it’ll get him over to your place for a “diagnostic session.”

Remember that the best sign of a good possible relationship is that you have two things in common:

In order to succeed as a couple, you need both Chemistry & Friendship!

It’s a simple equation that will never let you down.

This is valuable stuff you can’t miss if you want him to completely ignore other women – click HERE to learn how give out these signals.

OTHER ARTICLES YOU’LL WANT TO SEE:

I Can’t Stop Thinking About Him! – 3 Reasons He’s On Your Mind

What Does It Mean When A Man Says He’s “Confused”?