3 Internet Signals You're About To Be Ghosted (Dumped)

You've had that feeling before, haven't you? Where you just KNOW you're getting ignored, and very soon this guy is going to ghost you?

Ghosting is a cruddy feeling for the receiver for a lot of reasons...

- It's disrespectful - after all why can't he just TELL you he's not interested anymore?

- It's heartbreaking - worse than rejection because you never get any closure...

- It's like having the pain drawn out over days or weeks instead of a short conversation...

- It feels worse because they go from all lovey-dovey to complete indifference and ignoring you - immediately making you feel worthless...

And the worst part is they do it by doing NOTHING. Just ignoring you... 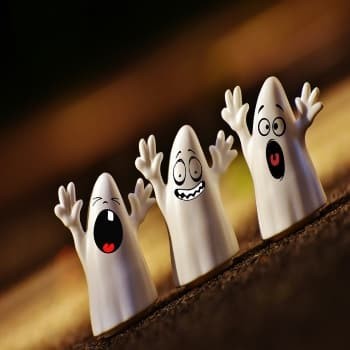 Rather than tell you if he wants to move forward or not, some guys choose to leave women hanging...

Okay, so let's hit up the Internet Definition of "Ghosting":

GHOSTING: The practice of ending a personal relationship with someone by suddenly and without explanation withdrawing from all communication...

People who ghost are mostly focused on avoiding their own emotional discomfort. They aren’t thinking about how it makes you feel.

The lack of social connections to people who are met online also means there are a lot less social consequences to disappearing out of your life.

Usually, we call it ghosting when it's a casual fling, and not very serious to begin with. But that doesn't mean we don't WANT it to be more serious, right?

Ultimately, ghosting happens when he is:

Ghosting Reason 1) Not being committed to what you have built up thus far for a relationship (it was casual, right?)

Ghosting Reason 2) Finding someone more potentially interesting (it sucks, but it happens)

Ghosting Reason 3) Not in the market for extended monogamy

The key to handling “ghosting” is to not start out in a furious panic about trying to keep the person from ghosting, ironically.

The best strategy is always to keep so many prospects in your social and dating pool that you won’t worry about any one of them disappearing on you. 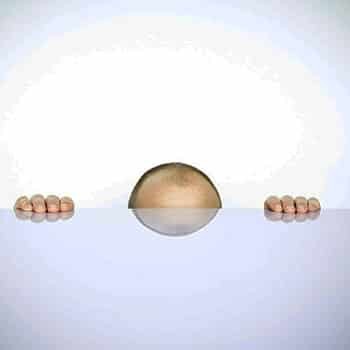 Sometimes, no answer IS an answer...

And by keeping more "backup" prospects in your life, you’ll have the air of a person in demand. Anything else is going to lead to unnecessary neediness.

You want to know if it's going to happen. Maybe you want to get the drop on them first, or maybe you just want to be able to prepare for it happening.

That being said - here are my top 3 signs someone is going to ghost you:

Texting is the new default mode of communication these days. It seems we've sacrificed deep & meaningful for short & snappy.

While I like the old way of connecting with my friends and romantic interests, texting fits our fast and frantic lifestyles.

When it comes to texting your hookup or casual boy-toy, you still probably yearn for more connection. Texting just doesn't completely fill the void. Which is why you can really sense it when someone starts pulling away in their texts.

They usually start replying with really terse and quick replies...

"Really?", you think. "Couldn't you throw in just ONE more word?"

His replies get lazy and short.

But you also have to make sure it's not a case of him actually being busy. Sometimes things do come up - and you can't always be a priority to him.

BUT - and this is essential - if he is emotionally interested, he will rebound when he DOES get the time. Which should be within 24 hours of the brush off.

Again, if the text conversations aren’t flowing, or naturally leading to anything, he's probably losing interest. 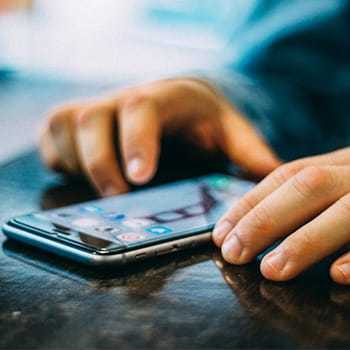 There's a special circle in hell reserved for people with the chronic habit of replying with "K"...

If he's starting to disconnect from you, he's also going to start to do things that imply “get the hint,” even if there hasn’t been any kind of signal he's pulling away until now.

It's almost like he's saying: "Uhm, can't you read my mind BEFORE I start sending you these hints?"

Another signal related to this one: It's very likely that you are always texting HIM first. If he's rarely the first one to send a message, it's a good bet you're not high up on his priority list.

If someone's thinking about you at all, they're going to take a few seconds out to ping you. Text or otherwise.

Now, of course, there are ways to get him focused and more fascinated with you - and I'll tell you more in a bit about how to do that...

He's about to DISAPPEAR - Sign #2: He vanishes on social media - including the sites you may have used to meet him...

This one can be tricky - because they might really like you and want to test being “exclusive.”

But if you see him fading out in social media, or not encouraging connection and sharing there, he probably doesn’t want you to see what he's up to.

That's the double-edged sword of social media - you can't have privacy when everything is pushed out on your wall or through tweets every 15 seconds.

And, as I mentioned before, if you met this guy in the electronic way, that might be the only connection you have to him. So his vanishing is a way of disconnecting and breaking it off.

And if he pulls his profile on an online dating site without showing MORE interest in taking your relationship further, it’s a good sign you’re about to be ghosted...

He's about to Ghost you - Sign #3: He's conveniently “so busy," and he's always cutting dates/calls short with you...

This is an obvious pattern that starts the moment you ask him to hang out and he starts coming up with reasons (AKA = Excuses) about why he can't.

If you’re hinting that you want to hang out, he will probably also seem to gloss over your hints, no matter how obvious you make them. If he was really into you, he'd jump at the chance to get together and do something.

As much as you might WANT to believe he's just holding himself back - it's not true.

If we are interested and want something, we GO AFTER IT. No one stops themselves from getting what they really want.

But if you get a lot of hemming and hawing from him, a lot of “Gee I don’t knows” or a lot of vague non-committal promises to "do something, sometime," you can do yourself a favor and pre-emptively cut this one off. 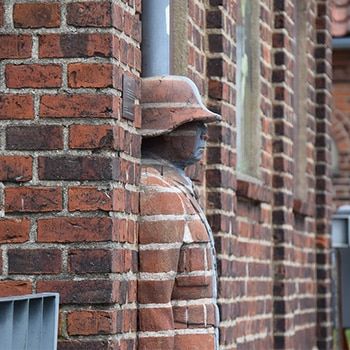 If he's making himself scarce, he doesn't deserve your time...

The important thing to remember is this:

When a guy ghosts you, it says nothing about you or your value for love.

But it does say everything about HIM. It shows he doesn’t have the courage to deal with the discomfort of his emotions - or yours.

And he either doesn't understand the impact of his behavior or - even worse - he doesn’t care.

Which is actually a breath of relief for you, because he's telling you he hasn't got what it takes to have a mature healthy relationship.

So, yes, we have to acknowledge that ghosting is damn insensitive and even cruel.

But you have to keep a thick skin about it and realize that you have to choose a man's character FIRST. And when he shows his character like this, you just got saved from a potentially worse breakup down the road. 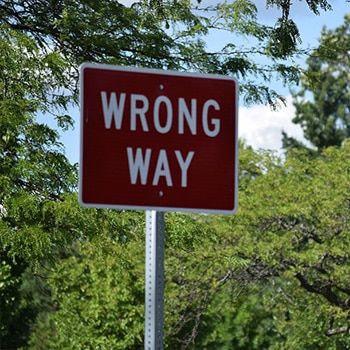 Now, there are things you can do to keep the relationship from ending like this. It all comes down to knowing how men's emotions are triggered in the first place.

Sometimes, he won't let on about what's going inside his heart and mind for various reasons (which is another topic altogether). But the signs are there - you just have to know what they are and how to read them when they do come up.

It's frustrating, I know. I myself have been guilty of pulling the whole unreadable Sphinx act when I was a bit younger.

But I can tell you right now that men DO give off those important signals you're looking for. Let me give you those "man goggles" you need to spot those telltale signs and take action before it's TOO LATE.

Here's an article I made that shows you how to read his signals...