To earn the love of the man you desire, you have to make him WANT you.

He's got to really DESIRE you, on a level that exceeds his normal "affectionate yet logical" level of feeling. 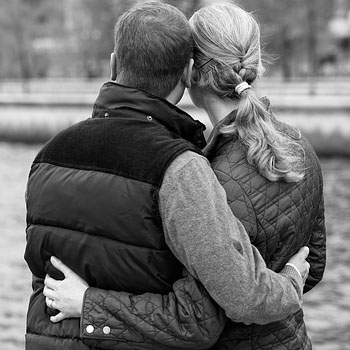 For many women, this state is not something they're familiar with creating in a man.

Most attraction a woman creates with physical appearance and sexuality.

To create real emotional connection with a man is a different game.

And what many women don't realize is that if you want to create a solid relationship with a man, the best thing you can do is to create that kind of desire and attraction that he cannot resist.

Many men find this is the energy that keeps them engaged in the relationship.

For a man, a large part of the relationship for him is the thrill of your touch, the uplifting word of praise or acceptance. It’s found in the more simple parts of a relationship - the things you do that you probably overlook easily. 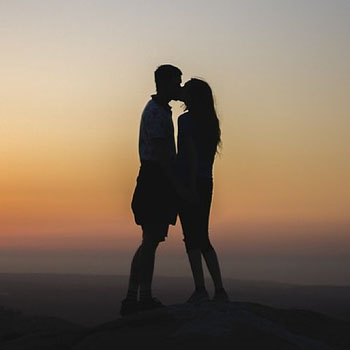 So let's dig in to three ways you can create that kind of irresistible attraction with a man.

Here are 3 relationship tips for women - how to make him really desire you:

Relationship tip 1: Remember that love is a voluntary process

Which is why you have to remember the power of surrender when it comes to a relationship.

When we come to a place where we feel like our partner is slipping away, maybe pulling away, the temptation is to rush in and pull him back.

Hell - Drag him back!

When we lose that feeling of closeness, it creates a natural panic that leads us to that place - the fear of loss. 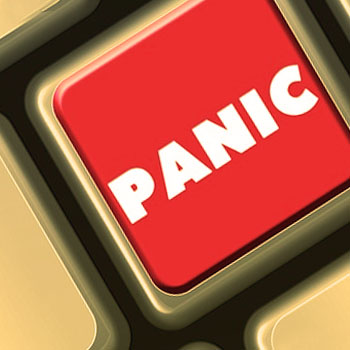 But in the end it comes down to fear, and it's usually because we don't feel in control.

One of the most common experiences for a woman is that panic of disconnection. A woman's fundamental drive is to create and nurture connections.

To lose a connection feels like a small death of the spirit, and so it sends you into a spiral to experience that flooding rush of fear.

I can't begin to tell you how many times I get emails and questions from women asking me something like this:

"Carlos, I have this guy I met. We hit if off, and we jumped right into a relationship. But after a while I saw that he had anger issues/intimacy issues/ex-wife issues - etc. He started treating me horribly, and I mistreated him, too. 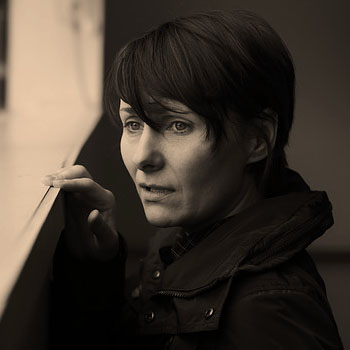 "So we broke up, and it's been a few days, but I'm getting over him. I can't believe I let myself be treated that way and disrespected. I realize it's finally over.

I know that sounds a bit far-fetched, but that is what I get on a daily basis. And I'm not mocking or making fun in any way.

This is the Krazy-glue grip that a love connection creates in us.

It's a potent mix of hormones and emotions that really hooks us. I'm sure you've experienced a friend or someone you know who's been pulled into that black hole of urgent panic when they are having love problems.

It all seems so irrational, too. Crazy love, as they call it.

You may have heard that saying: If you love someone, set him free. Be patient that love will bring him back. And if he doesn't, then it wasn't meant to be. 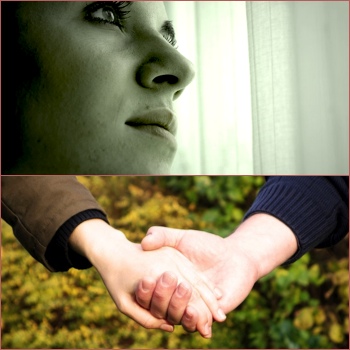 I know that thought isn't exactly an enriching one, but it is true in many ways. Yeah, it sucks to let that connection go.

But when you get right down to it, it's the most mature relationships that are built on the understanding that each person CHOOSES to be there.

There's NO compulsion or obligation - and that lets us relax within the relationship.

Which brings us to...

Relationship tip #2: Relaxed women are always the most attractive.

The plague of the 21st century isn't some new strain of flu. It's the stress and anxiety everyone seems to carry every day.

You can see it in the faces of the people you pass on the street on the way to work, in the aisles of the grocery stores, in the fingers gripping their steering wheels so tight their knuckles are white. 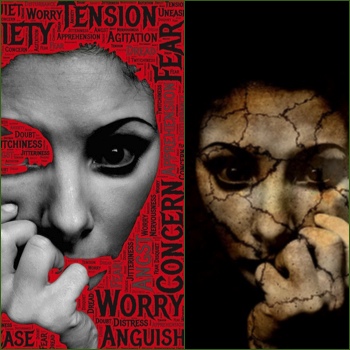 We're so anxious and tense, and we don't know why.

Or maybe we do.

The tension of modern living just pulls us out of our loving and relaxed state.

It's hard to relax when the world is telling you a million messages about:

The list is endless. And if we let Them tell us how to live, we lose touch.

One of the steps I frequently give to my coaching clients is to take a "media fast."

No news, no advertisements, no celebrity news, no media input. You can do this for a day, or even longer - which I'd highly suggest.

You'd be surprised at the effect it has on your attitude and well-being to break away from the need to be "plugged in" so much.

I might take a look at the top news stories on BBC, but I don't indulge in any live news casts. I found that within days my optimism and outlook was better, and my happiness was much higher, too.

And yeah, I have to tell you that unplugging from Facebook is a BIG step in the right direction, too.

The “social network" has been linked to a surprising number of undesirable mental health issues: Depression, low self-esteem, and bitter jealousy among them.

Facebook isn't the guilty party here, really. It's just that by checking on every person on your social circle and what's happening in their lives - relevant or not - just serves to aggravate that feeling of inadequacy so many of us harbor.

- Who's got a new boyfriend?

- Who's got a new girlfriend?

- Who's living The Life?

Too much comparison is not necessarily a good thing. In fact, it's almost always BAD.

So let's turn the corner here - let's explain why a "relaxed" vibe is so important to your relationship with a man.

You see, men look for many different signals and indicators of a woman's personality. We don't do this on a conscious level, of course.

We men have our own set of instincts we use to figure out everything from our social status to our romantic status.

A woman's attitude is most evident in the aura she gives off when she talks and interacts with a man.

I work out at a 24 hour fitness near San Francisco. One of the little people watching "games" I play with a friend is to pick who we find attractive based purely on the way they carry themselves.

We try to spot the ones who - for lack of a better description - have a nice 'energy' about them.

There are the women who bluster through the machines in a need to work out their stress, which is a good way of working out your tension.

But all too frequently they're just as high-voltage and stressed on the way out the door as when they came in.

Then there are the women who manage to carry themselves with a feminine grace no matter how much they're sweating it out on the elliptical machines. They have a sense of sureness in their walk that just says... relaxed. 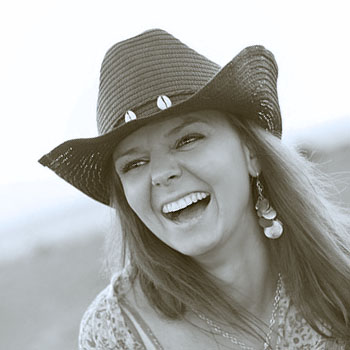 And yes, they are always without a doubt the most attractive women in the gym. Even if they're not sporting a set of DD fake boobs and a super flat tummy.

In fact, one of the women is what we'd politely describe as "full-bodied" but is incredibly sexy.

Find ways in your life to let go of the urgency you carry with you too often.

And you'll immediately experience the warmth of attraction you're not only giving off, but that's being returned to you.

Another issue that often comes up with my coaching clients is understanding how to listen to men.

When you communicate with a man, you have to understand that he keeps his emotions and deepest feelings in a special locked vault. 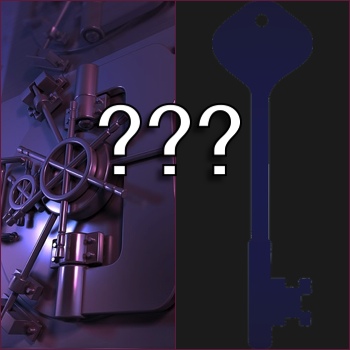 The key to that vault is a special combination code.

And then, when he seems to be done talking - wait.

And listen some more.

Because he's going to go through a few steps of talking before he digs deep and tells you exactly what he's REALLY feeling and thinking.

The first words he says are usually the things that are on the top of his mind. Is usually goes like, "Hmmm. I don't know..." 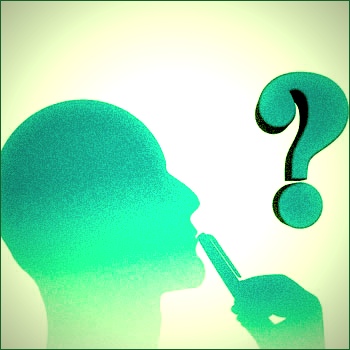 He may sound like he's completely oblivious to his own emotional state. But he's not!

And most women take those first words and make a fast judgement of:

"Geez. Another guy who isn't in touch with his emotions. I'll bet he's afraid of serious commitment, too. Oh well. Such a shame, because he was cute, and funny. Guess I'll go back and try again. Why does it have to be so hard to get a guy who wants romance?"

What she doesn't realize is that if she just gave him time, and a safe space to express himself, the next few things out of his mouth would be much deeper, much more intimate.

Let me ask you:

What do YOU listen for when you're talking to a man? 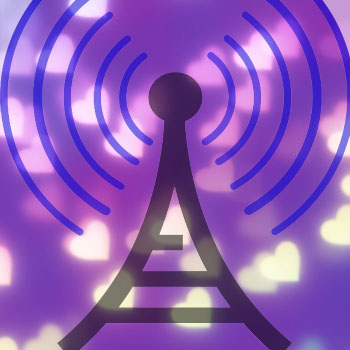 As it turns out, men give off special signals when he's around a woman. These signals are missed by women about 95% of the time, mostly because she doesn't know what to look for.

- Is he a "player" - or is he a guy that's looking for a real relationship? (HINT: Most men are NOT players. I'll explain why on the next page...)

(BIG hint - most of the guys you think are 'commitment phobic' are NOT.)

If you want to discover how to read men - how to understand him better than he knows himself, then you need to know how to read his signals.

Go Here Now: How To Read His Signals - Know What He's Thinking - And What He Really Wants From You...