One of the prime desires of almost every person on the planet is to be loved and desired.

It’s part of our genetic code, if you will.

Sure, we might have mood swings that push us up or down, but it’s hard to go for a whole day without feeling some kind of connection to someone special. If you’ve ever spent time away from home, you’ve experienced not just homesickness, but love-sickness. 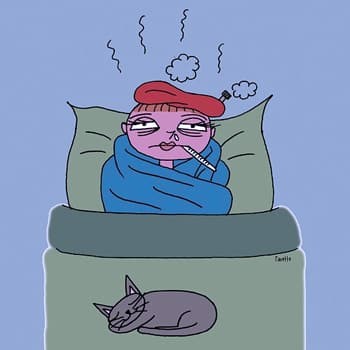 In scientific studies, they’ve even proven that people become chemically ADDICTED to love. Our brain chemistry uses dopamine, serotonin, and adrenaline to get you eager for that fix of love.

Dopamine affects your entire body, including your genitals, sweat glands, and also the senses.

Have you ever noticed that when you are in the early stages of lust or love, you sweat more? Or that the sky seems bluer?

As a consequence of dopamine shooting into your brain, your mood and emotions are also influenced. You’ll experience more feelings of excitement and joy. 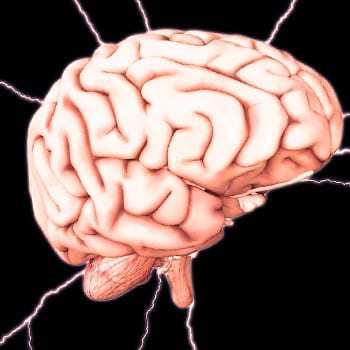 If you close your eyes for a second and just imagine someone you deeply care about, you’ll even notice a difference in your body. The temperature, the tingling ache for him – or her…

So how do you get that love fix when you’re not sure if he’s even thinking about you?

Today, I’m going to show you 3 steps to trigger that delicious cocktail of desire in your man’s mind. After all, you’ve already got that feeling.

This is what you can do to get HIM thinking and dreaming of you.

This is a scientifically proven formula that pulls a man into desire for you. And it all starts with:

Let me start right away by explaining that I think there are good addictions in life. Yeah, we already know about the bad ones, but there are things we can allow ourselves get a little attached to.

Love is a good addiction.

Some people say that you shouldn’t let anything get out of control. But I think that the nature of falling in love is that it NEEDS to get wild and out of control.

That being said, I believe we owe it to the person we love to be the best kind of “drug” they can get.

So you need to be his “Puller.”

It was common to hear a drug dealer referred to as a “pusher.” It’s not a desirable term, I get it. 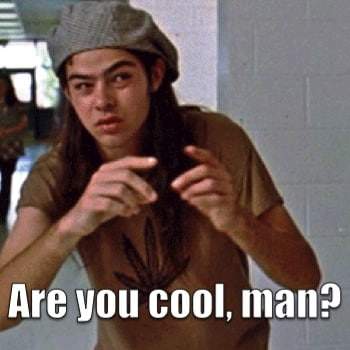 But – ass you’re going to see – the three steps I’m outlining here are similar to the ways that a “pusher” might try to get you addicted to his “product.”

Even though it’s not “pushing” at all.

So let’s call it being a “Puller.” That’s more of the power you’ll have – of attraction that pulls him into your spell.

The difference is that we’ll be doing it in a way that is a WIN-WIN! And that means you’ve got nothing to fear about using this approach.

It’s the same way that people get addicted to their morning coffee, or their video games, or even texting on your cell phone.

So if you want to be his “Puller” – the first step is all about making him know that you’re his “good time girl.” And no, I don’t mean that in a sexual way.

You want your man to feel like being with you is an incredibly fun event that he doesn’t want to miss. So you have to make yourself focus on one feeling in him:

Whenever you get the chance, you have to fill up his Fun-Meter.

Some ways you can show him fun are to dig into his life and find out what he likes and what he’s interested in. It’s easy to get him to cough up information – if you know how he thinks.

(This is something I explain completely in my program: The Connection Code)

When you first meet a guy, you just tell him about your likes and your dislikes. Be a bit coy, but be vulnerable. Tell him what works for you and what doesn’t.

This will evoke a similar reaction from him. Humans are compelled to give back to avoid creating a kind of “debt” to the other person. 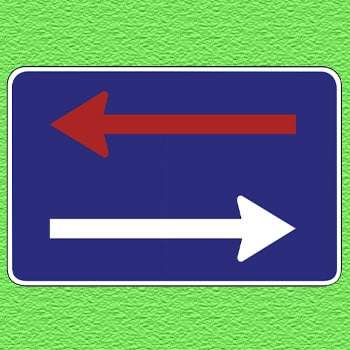 He will want to tell you about himself – in detail. And you can make a few mental notes and stow them away for when you need them.

Another way to be fun is to spike his adrenaline.

Adrenaline is another of the “love chemicals” in your brain that gets activated when you fall in love. So there’s nothing better than getting him excited and turning on the love.

And attraction comes down to the fact that interesting people are interesting to be with.

Instead of spending your time trying to lure him in, remember this:

People who are comfortable with themselves are interesting because they’re doing things that make them happy.

Now, the next step is the one that ensures that you’re the only girl he’s thinking about every day…

One of the tricks of a “pusher” is that they would give you the first sample of their product for free. “Hey, we’re all friends here! Go on! Give it a try – on the house…”

But there are two principles at work:

Principle 1) He will feel obligated to “repay” you later…

Remember that principle I mentioned about how we’re compelled to avoid getting into “debt” to another person? It comes from a persuasion principle known as “reciprocity.”

Reciprocity simply states that you feel the need to avoid debt to someone. No matter if they asked for repayment or not.

Jen, my wife runs into this when she does her “random acts of kindness.” She likes to buy someone’s coffee at Starbucks on occasion. 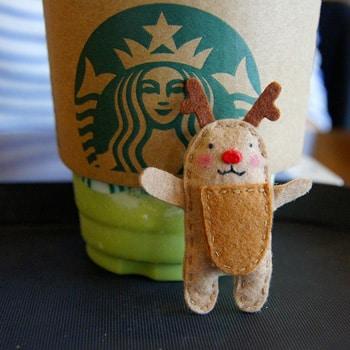 You’d be surprised at how many people try to forcibly repay her – solely because of that subconscious debt.

He’ll want to repay you – but in a way that will only deepen your relationship with each other. It’s not obligation; it’s opening the door to his genuine feelings of openness and desire for you.

Principle 2) He’s going to take it…

Yeah, some people try to resist this offer of generosity. But when something so good is staring you in your face like a love-starved kitten, it’s hard to resist. Sin sells so well because of this principle.

He’ll gladly take in your generosity. Mostly because this is so opposite for him from what he usually experiences from women.

Let me take a second to explain what a lot of men encounter in the first 4 to 5 dates with a woman:

– After the first few dates: And maybe after an overnighter or two, something changes. It’s subtle, but a man feels that the fun and carefree part is coming to an end. He now feels that he must “pay” for the intimacy with a change toward commitment. The “fun” seems to be over. 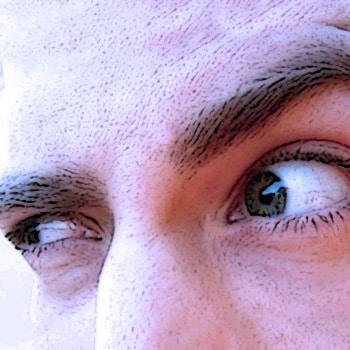 It’s not that there’s anything wrong with that commitment in a relationship. In fact, he WANTS it. But what he doesn’t want is to have everything change 180 degrees from where it all started.

And yes, this is often why a lot of men ghost women when they get to a certain place in the relationship. It’s usually because he senses that “The Change” is just about to happen with the two of you.

So break that pattern on him and keep giving him a few more “free” fun vouchers on this ride. He’ll be pleasantly surprised.

And he’ll gladly keep coming back when he senses that he can ease himself into the relationship at a less “serious” pace.

And – finally – we arrive at the step that is the most important in this formula for addiction:

If you can handle me making one more reference to our drug analogy, let me explain it like this: You simply need to complete the loop that keeps him coming back to you for his next fix.

When it comes to drugs, they do the work. When the user wants more, they feel it.

Usually when the “high” of the drug has worn off.

It’s very similar for us when we’re falling in love. The sensation of being with someone that you adore is like a shot of natural ecstasy.

You’re on Cloud Nine around them, and you don’t want it to stop. When they’re gone, you ache for the next “hit.” 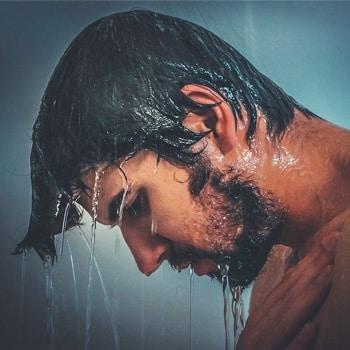 This is what I call “giving him the joy of missing you.”

Most women tend to initiate contact with him way too many times after the date. Mostly from insecurity.

Hey, who could blame you? When I went out on dates, I was always the one who thought, “I wonder if she digs me?”

Why did I think this?

Mostly because I chased the women that were a bit more aloof. I found that mystery immensely sexy.

Because aloofness from a woman sends a message: “I’m not needy. I’m also in control of my emotions, and even if I am dying to find out if we can go out again, I’m not going to ruin it by chasing this guy.” 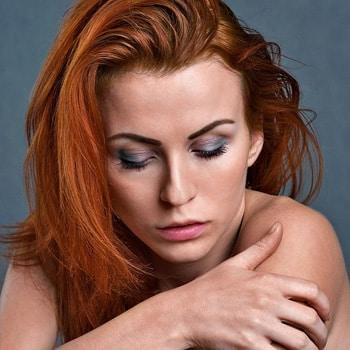 Men know this in our most primal inner instincts.

So the best thing you can do is to let him feel that wonder and insecurity himself.

After all, I’m sure you remember how it worked on you, right?

As the saying goes, if you love a man, set him free. If he comes back, you know it’s love. If he doesn’t, you could never have made it happen with a clever text the next morning.

But you get my drift.

And once you understand how your man REALLY thinks, it’s pretty easy to present yourself as the fun challenge he’s looking for. Every guy has a set of “secret signals” that you need to figure out which I’ll explain in this free presentation.

Get started with learning how to read his signals by CLICKING HERE. After you cracked his code, you’ll know exactly what turns him on…