6 Signals That You Are Just Friends With Him

Have you ever worried that you're just friends with him? That you're not really romantically connected? Not IN LOVE?

Maybe you've got a guy in your life that you’re super close with. You might have started out as friends, but now you're starting to have some feelings for him.

He’s always there when you need someone to be with.

And now, you've slowly realized that you don't want to be just friends with him.

Perhaps, it was because your girl friend asked you if she can date him and you feel protective of your male friend.

Or maybe, you've started to feel that twinge of jealousy whenever he's hanging out with other people instead of you (especially if those other people are of the female species). 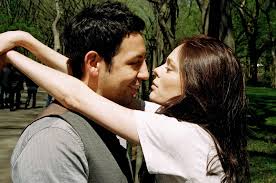 You started noticing him, the way he looks at you…touches you. You realized…you like him...

...and it finally HIT you that you're falling hard for this guy.

Then, you began to ask yourself these questions:

You started having sleepless nights wondering if your friendship could be more…or if he feels the same way.

Here are the common signs that can help you determine if he sees you as his girlfriend - or just his friend.

Sign You’re Just Friends With Him #1: You always have to be the one to initiate

You’re the one who always ask to go out on a movie, watch a concert, hangout, eat - whatever. He only calls you if he needs something from you. 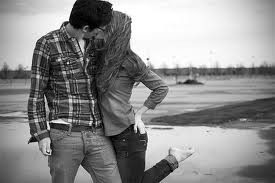 If this is the case, he sees you as his dependable buddy, who’s there for him – at his beck and call. Like a good ol’ friend should.

Notice how he is with his buddies. Does he treat you the same like how he treats them?

When a guy likes a woman, you’ll definitely see a difference. It’ll be obvious.

Guys are simple that way.

He'll treat you special and go out of his way to please you.

But if you seem to be like one of the guys to him, then there’s no hope for any romantic involvement right there.

He needs to see you as someone he can be with and for that to happen, he has to feel attracted to you.

Sign You’re Just Friends With Him #3: He talks about other girls he likes.

He always is excited to tell you of his conquests - and the girl he wants to go after next. He tells you all the sordid details that you don't want to hear.

That right there is the obvious sign that he sees you as a friend – his confidante.

If he likes you, he won't tell you about other girls because that will cut his chances with you. Get it? It’s that simple.

Sign You’re Just Friends With Him #4: He doesn’t make a move on you.

Understand this, if a guy likes you - he WILL make a move on you. At the very least, he'll hint or find some way to tell you he's interested.

Unless of course he’s SUPER shy. But even the shy guy makes a move too.

A shy guy will feel intimidated even distracted when you’re around. 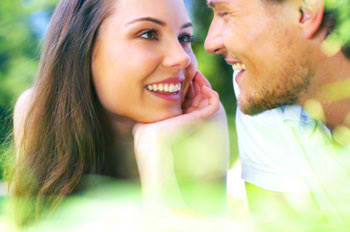 Next time you see him try and put your arms on his shoulders, or touch his arms and see what happens – what his reaction is. If he likes you, he’ll take the next step and escalate.

If he lets it happen, oblivious to your touch or your nearness, then you’re only his buddy. He feels comfortable enough with you that no sparks come out when you’re near him.

Sign You’re Just Friends With Him #5: You’re always with friends.

You’re always with friends, his sports friends, relatives, schoolmates - just about anyone. But you’re never alone with him.

And if he does ask you to be with him - it’s to support him on his next date…with another girl!

This is a clear sign he sees you as just a friend.

If a guy likes you, he’ll find reasons to be alone with you. Have that time to be romantically together. If he doesn’t, then that’s it! You guys are ONLY buddies.

Sign You’re Just Friends With Him #6: He sets you up with his friends.

This is the worst and clearest sign of all - setting you up on a date with one of his friends.

Ask yourself this: Would you set him up, the guy you like, to another girl?

You want him to be YOURS, not push him into the arms of some other woman.

Same goes for him. If he wants you, he’ll be selfish, protective, and want you all for himself.

And he’ll get jealous should any of his friends hit on you. And that’s that.

Guys are simple human beings when it comes to love and relationships. You’ll see it when a guy likes you.

He’ll dress up well when you’re around. He’ll try for you to notice him - and even attempt to get physically close.

Men are literally compelled to make a move on you if they are interested.

If he doesn’t, then take that as your cue and move on. Explore other possibilities out there.

There’ll be other men who’ll surely see you and appreciate you for the woman you are.

If you'd like to learn how to read men so clearly that they will never confuse you ever again, then you need to discover my secrets for creating Irresistible Desire...