7 Red Flags In A Relationship – Never Ignore These!

It’s an important thing to know. After all, if you can spot the indications early, you can hopefully avoid the kinds of guys that will spell trouble later on.

In fact, one of the most important things you can do is to follow my simple 3-step process for spotting a troubled relationship: 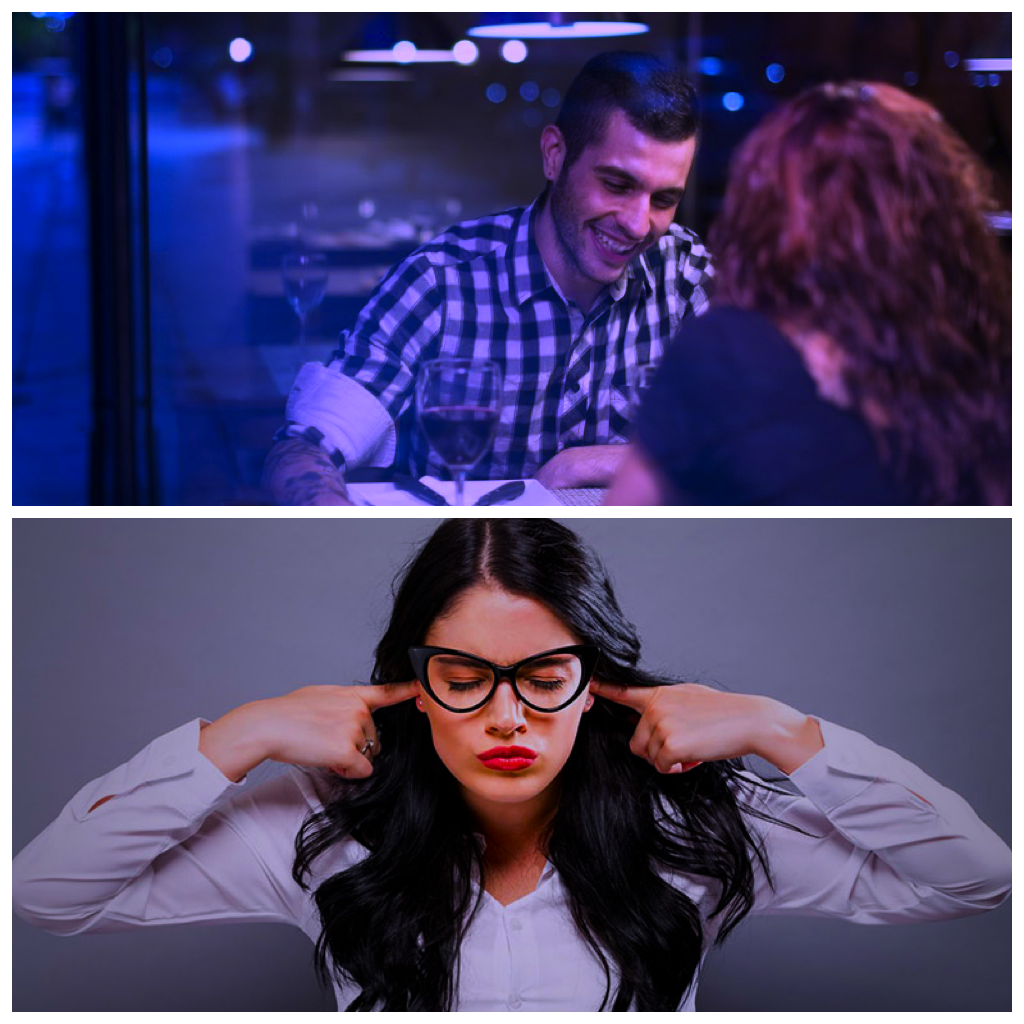 Too good to be true?

You gotta know what does and doesn’t work in a relationship so that you don’t get fooled when you’re in the throes of love. All those love hormones will blind your eyes to an unhealthy relationship if you’re not careful.

Even if you know them, sometimes it’s not easy to identify a red flag in a relationship. Mostly because of the love hormone blindness I mentioned.

Keep your eyes open and watch closely. Don’t get lazy.

There’s going to be a temptation to overlook a lot of faults in your partner in the early stages. It’s very tempting to dismiss some potentially bad signs when they come up.

And that leads us to…

You’ll want to talk yourself out of seeing anything bad in your partner.

“Oh, he’s just having a tough week at work,” you’ll tell yourself. “He didn’t really mean to be so nasty.”

The key here is to watch out for any behavior that repeats more than once, or looks like a pattern. If it only shows itself once, it could just be a bad day.

But if you see the same thing show up more often, you might have a red flag that you need to look at.

Now let’s get to the flags –

Watch out for these 7 Red Flags In A Relationship – Never Ignore Them!

Let’s start right up with the most obvious and the most important one.

When it comes to letting yourself be a verbal (or physical) target for abuse, you cannot accept it. 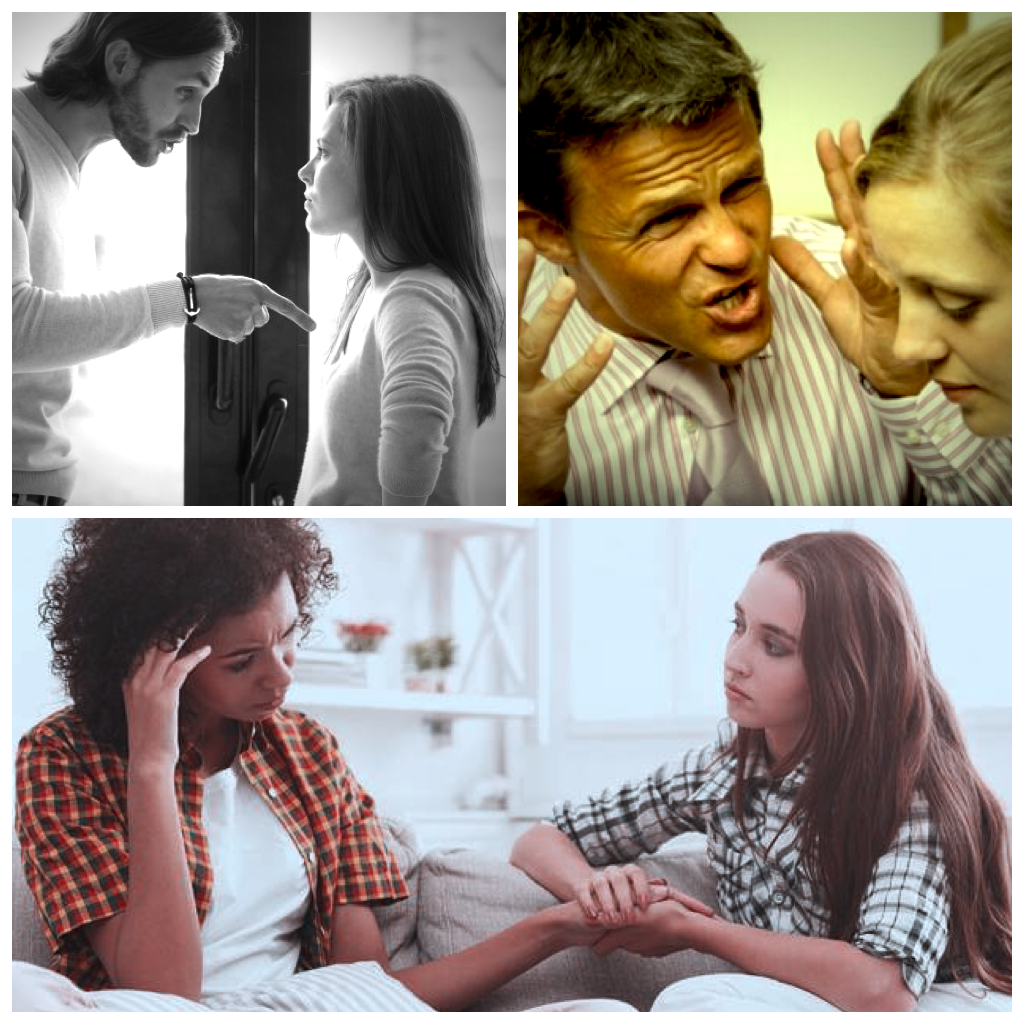 Does he respect you?

And verbal abuse is one of those things that can be different for different people. Some people grew up in a home where verbal violence was the norm. You got used to occasional insults. Some of the time, it was good-natured play… but it still had an abusive edge to it.

You KNOW when your conversation isn’t healthy in your family because you feel those internal triggers go off and the old emotions start coming to the surface.

If you’ve ever found yourself avoiding a member of your family – or even a family gathering or event – because you knew it wasn’t going to be pleasant, chances are there was verbal abuse at work.

When it’s easy, it’s easy. And I’ll give you an example of a “not so easy” to recognize act of verbal violence:

Even if this one is said with a smile and gentleness to it, I consider it to be violent communication. Mostly because it’s almost never without an emotional charge. It seems nice, until you start feeling like the person saying it is being somewhat passive aggressive.

My family has an off-limits rule on this one. We never say “shut up” – even jokingly.

Quite simply because it keeps a healthy boundary around our communication. It’s not an attempt to be a touchy-feely new age family, it’s simply one of those phrases that doesn’t have a place with us.

You should also consider what words and phrases you want as “out of bounds.”

Men need to know their boundaries – and YOU have to set them!

This one might make you think twice. After all, isn’t a relationship about feeling needed?

No. It’s about feeling WANTED. 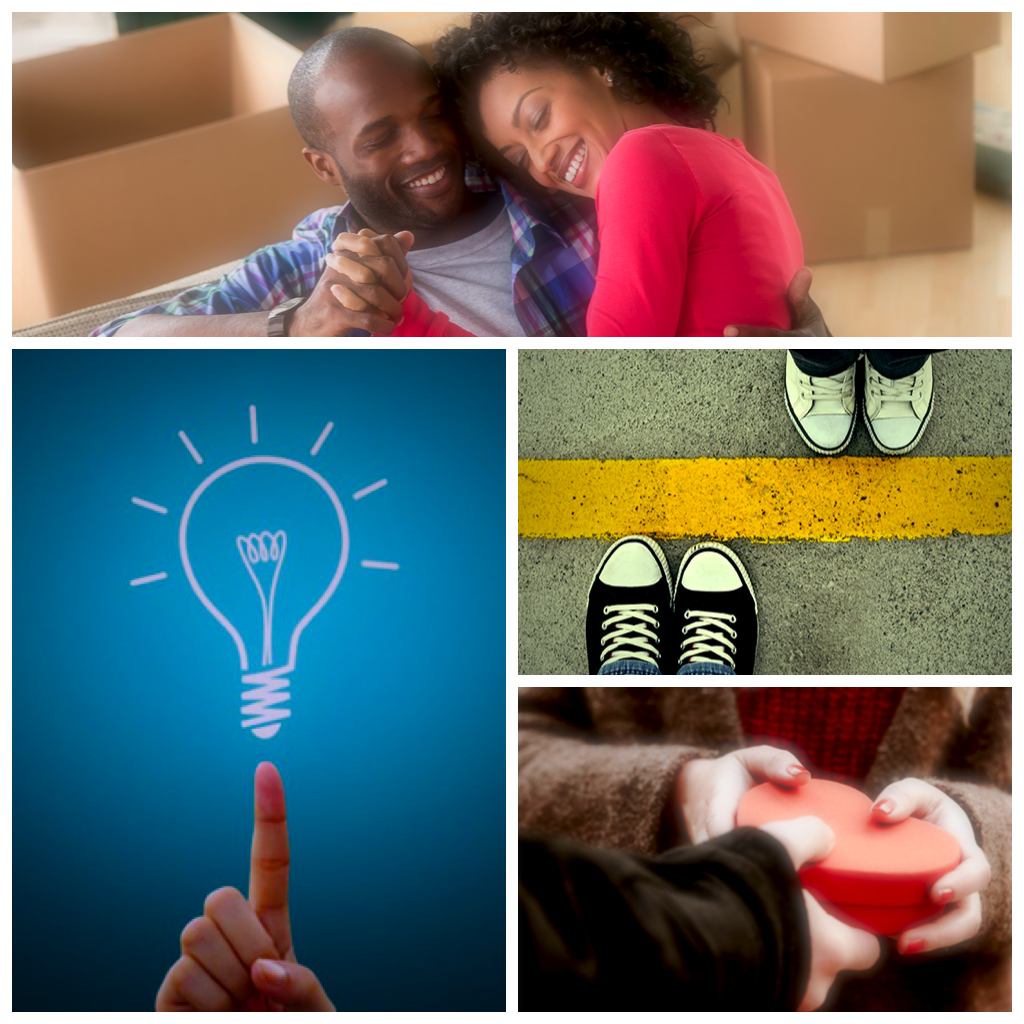 Need is a place of insecurity in a relationship. And demanding that someone make you feel needed is an unhealthy way to get our real needs attended to.

We get into trouble with this cycle of one person only being a part of the relationship by filling in some void in our self-esteem.

Sure, you can need some support from your partner, from time-to-time. It’s natural, and it’s part of why we get into relationships in the first place. We want to have someone that we can count on when the going gets tough.

And men naturally need to feel a little needed by you – so that he can be validated as a man. Little fix-it chores, etc.

BUT… you can’t lean too heavily on your significant other. That’s unhealthy, and it puts too much pressure on them.

If your partner is constantly needing you to stroke his ego, make him feel needed by you, that’s going to get old eventually. And you’ll feel yourself starting to pull away.

This is where he is never really secure in the relationship. He’s always anxious or uncertain with you.

This could indicate some deep issues in his history that he may need professional help to resolve. If he isn’t at least working with a therapist, you will find your relationship strained and hard to relax in.

There are basically 3 ways a guy can handle his history:

If you sense that your man is hiding his history, you need to be concerned. You have to understand his background – not only in previous relationships, but just where his life has taken him. You need to get a feel for his character. 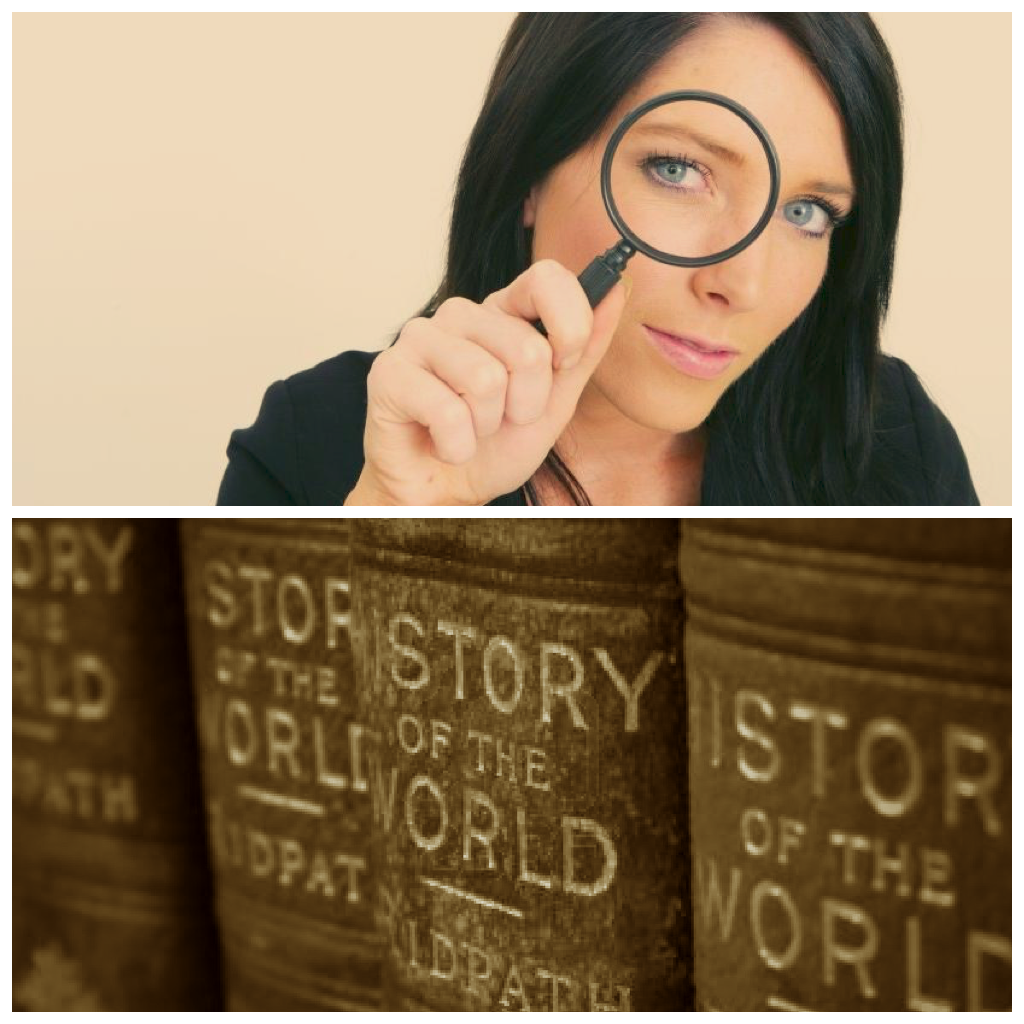 If he doesn’t talk about it much, this isn’t that big of a red flag warning in your relationship. But you should figure out why this is.

Some guys aren’t very talkative about the past. He may be embarrassed, among other things. He may just not figure his background is worth talking about, or all that interesting.

Know where he’s coming from so you know where you two are going.

One thing I consistently see as a red flag in a relationship is when either person talks about their past relationships as if they were never to blame. It was always the other person’s fault.

I’ll admit I used to have this issue. Blaming everything on the women I dated was my go-to method of ducking responsibility in relationships. My narcissism (mild as it was) wouldn’t let me see my faults and shortcomings.

Which also meant that I didn’t really improve on them until much later on.

Why do people have such blinders to their own behavior? It’s because they are usually protecting a fragile ego that can’t withstand some serious review.

Another red flag that shows up in a relationship is when your friends and family tell you they’re not certain about this guy.  You might hear them say something like: “Something seems off” or “I get a weird vibe…”

Keep in mind that your friends and family will try to be gentle with you, so they will soften their language about it. They may even avoid telling you until it’s just the right moment. 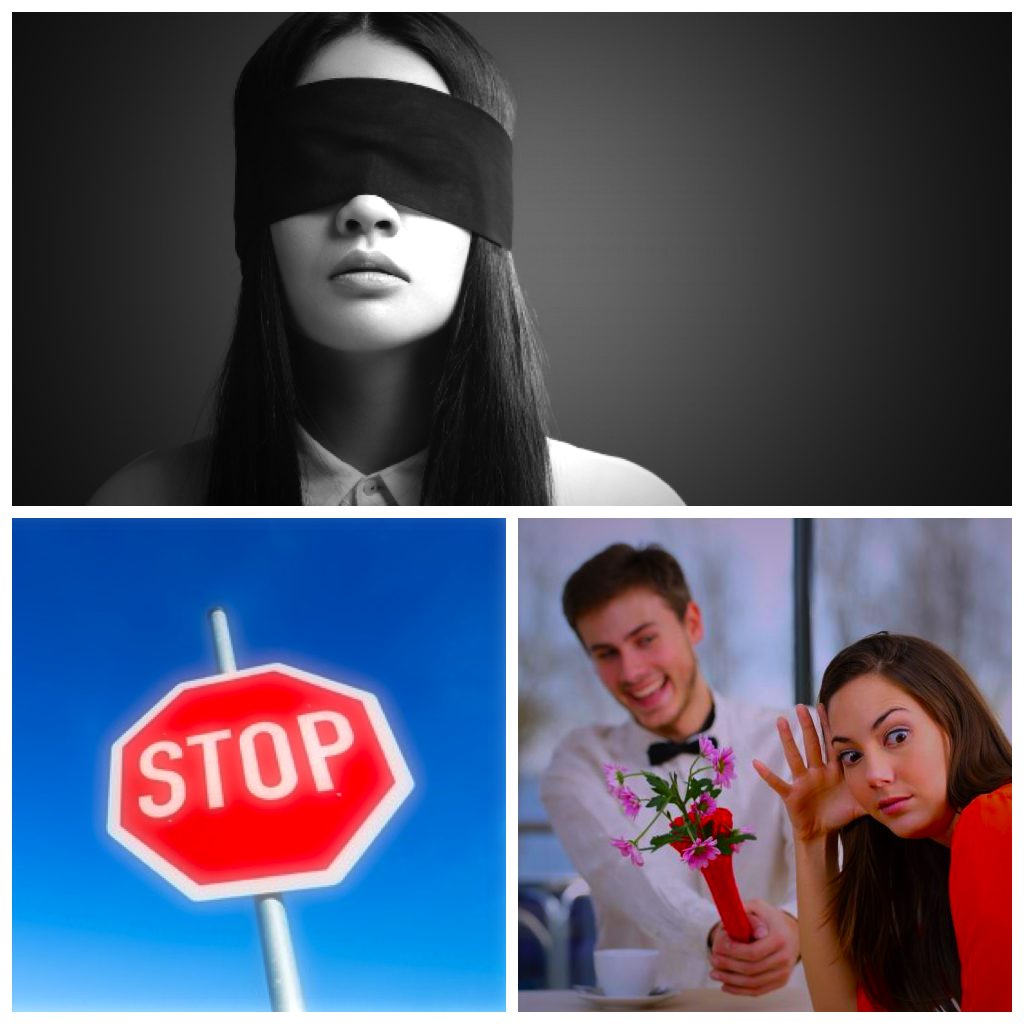 One easy way to coax the truth out of them is to ask them:

This is a nice neutral way for them to voice their concerns without making you feel bad. Of course, you don’t want to rave about him too much before you ask this because then they’re put in the uncomfortable spot of being party-poopers.

If their radar is pinging, you should listen to them. The one thing you do not have is an unbiased, open view of this guy. So you have to be willing to throw a caution flag on the field if they see something you don’t.

Ask a TRUSTED girlfriend what she thinks about him. And tell her why you’re asking.

Tell her you’ve got a concern, or that you’re just checking in to make sure you’re not “love blinded” about him. Then really LISTEN to what she says. And get her to tell you details about why she feels that way.

Especially in the early stages of a relationship, you have to be willing to really open yourself to the possibility that he’s just good at looking like what you want in a man.

He may not actually be what you NEED.

The reality is that falling in love can be quick…

… But building a relationship is always a long-term project.

You’re going to wince at this, but there is an incredible amount of truth to the words: “You can’t hurry love.” (Yeah, I can hear the Phil Collins song in my head right now…) 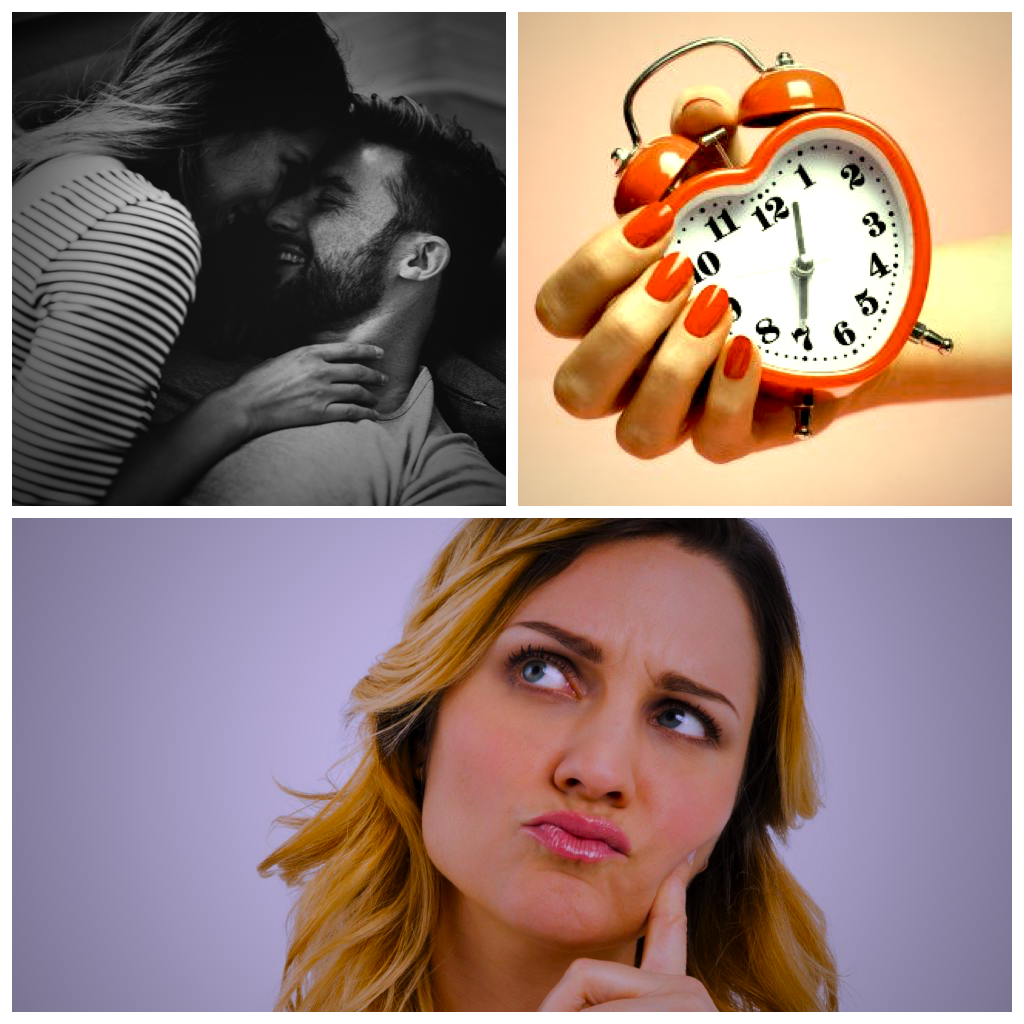 It takes time to make a relationship happen. And most often we rush to make it happen because of some insecurity in ourselves. In fact, rushing to anything is often a sign that we’re not honoring our best interests.

When it comes to the pace of the building of your relationship, watch out if this guy wants to go faster than feels right to you.

Pay attention to your body when it comes to this, because you’ll feel something is off inside you when the pace is wrong. You’ll usually feel something in your chest or stomach when you’re sensing that things are moving too quickly.

When a guy is hurrying things, it’s usually to get to the bedroom.

But when you BOTH are hurrying things along, ask yourself, WHY?

If it’s meant to be, you have the rest of your lives to enjoy the relationship. But if you rush in and make a mistake, you’ll spend months – or even years – trying to prove to yourself that you didn’t make a mistake instead of just moving on.

Take your time… you’ll be glad you did.

If you chose to read this article all the way through, you must see something that’s a concern for you.

Sure, you might be trying to beef up your knowledge on bad relationships so you don’t repeat them.

But it’s more likely you just don’t know if this guy is right for you in some way. 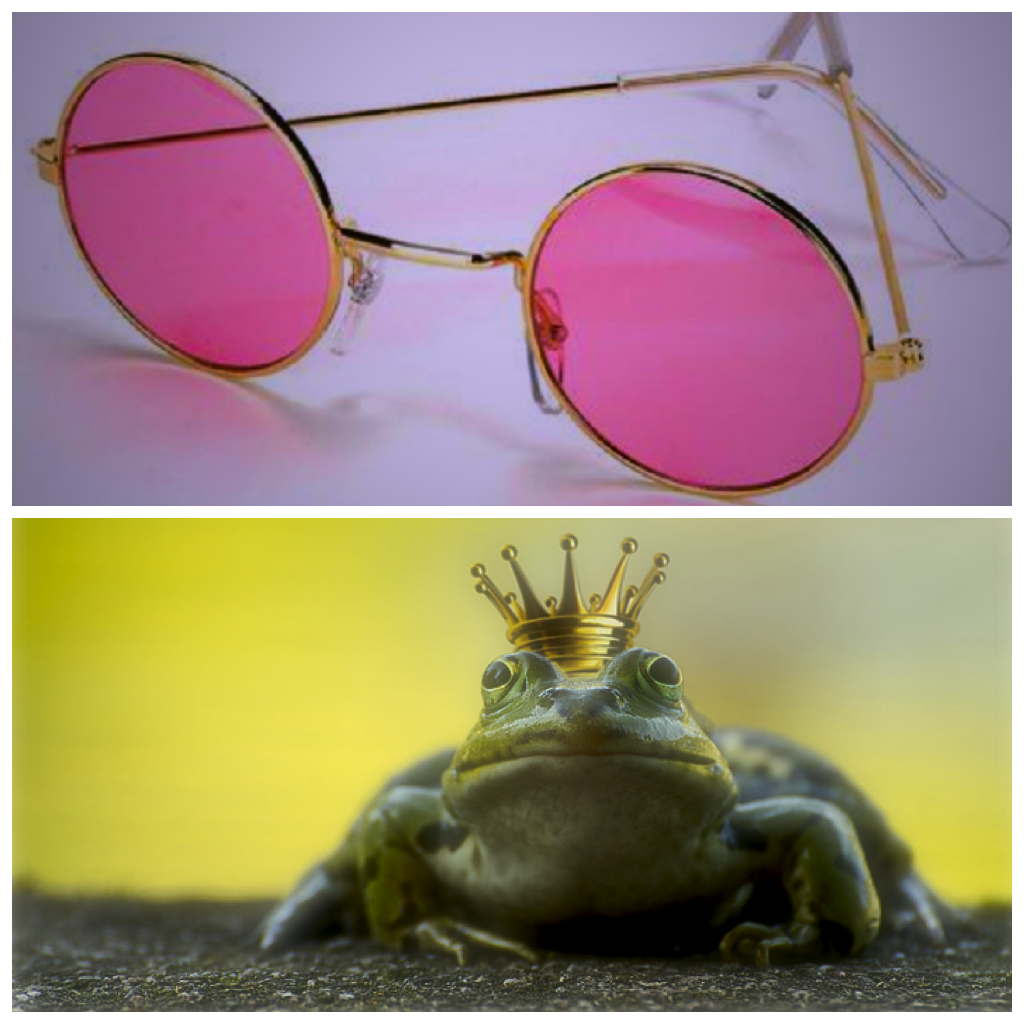 One of the best tests of a relationship is how you feel ON AVERAGE about the relationship.

We all make mistakes in relationships.

And one mistake no woman wants to make is to stay in a relationship that’s not with the right man.

(HINT: It’s NOT just sex! This is the big mistake many women make…)

So how do you discover what men really want? 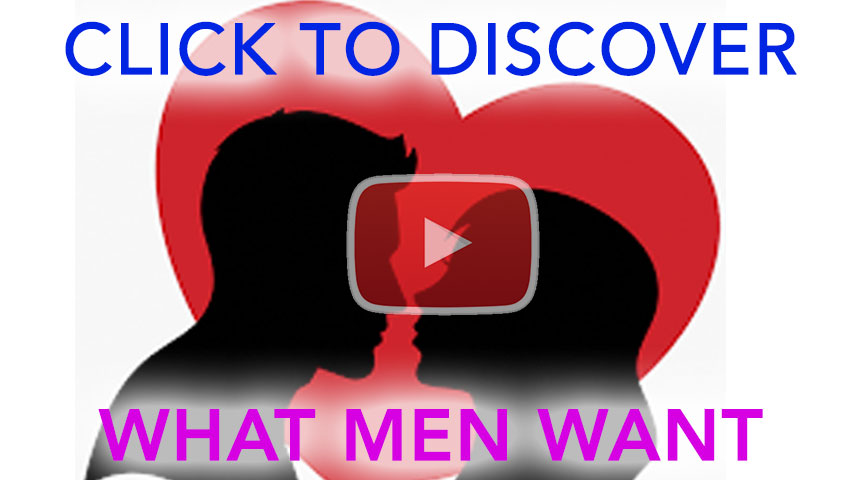 REFERENCES FOR RED FLAGS IN A RELATIONSHIP: