There is a way to avoid breaking up. I want to show you seven relationship-ending kisses of death that you might not know about.

You see, I was talking to my friend, Annie, the other day, about what that "key" moment is when men start pulling away from you.

I wondered if there was a small event - a trigger - that led to the BIG event of him keeping you at a distance...

Or pulling away from you.

Have you ever wondered why it is that men do this?

You sense there's a reason WHY he pulled away from you, but you can't quite put your finger on it.

Well, here are a few of those "triggers" I wanted to share with you... and knowing these "Kisses of Death" can stop him before he's out the door and GONE for good:

Kiss of Death #1: Yelling At Your Partner

This probably goes without saying, but when either person starts raising their voice, the hostilities only intensify.

We simply dig our heels in and resist, even if it's blocking the loving connection.

It takes a little self-control, but when you can keep your voice more compassionate, your partner will respond with more love.

This is where we get in a "who's right and who's wrong" battle for being the one that's on the 'correct' side of the fight.

Or it's as simple as being in constant competition with him over small things because you're not feeling fulfilled in the relationship. Maybe he's not giving you enough of the loving strokes you need, and this is one of the ways you try and get the recognition in the relationship you deserve.

Whatever the cause, recognize that men simply don't "give in" when they're in competition.

They will not give up, even to the detriment of the relationship.

So as a woman, you have the ability to steer around his competitive drive. (I'll show you a way to do that in a minute...) 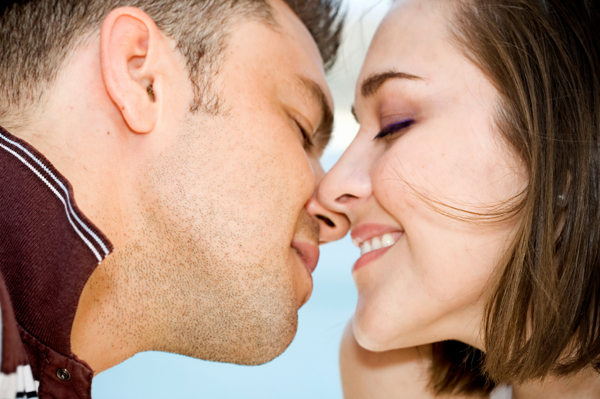 This is similar to the competition in relationships. But in this situation, you (or him) are simply putting more emphasis on the solo activities and distance in the relationship.

Maybe you or him were single for a while and got used to it. And got comfortable with only taking care of yourself.

To fully realize an open and loving connection, you MUST find ways to let down that boundary and share your personal space, thoughts, and time together.

Kiss of Death #4: Dating To Avoid Being Single

This is one we've all done at some point. Maybe it was a rebound to keep you from feeling the devastating blow of losing the man you really wanted to keep forever.

Maybe it was just a guy you dated because he looked good "on paper," but your heart didn't feel that WOW for him.

But we all know that dating someone just to avoid that loneliness is bad for you in so many ways. It forces you to settle for something mediocre and bland, when you know your heart wants something exciting, vibrant, and alive.

And worse, it blocks you from possibly finding that man out there who is right for you.

I'll show you a way you can find and keep that loving connection in just a bit. But next up is...

Kiss of Death #5: Staying Silent To Avoid Conflict or Confrontation

This one happens much more frequently to women than with men. It sometimes becomes easier to stay silent about the things that seem small and pesky.

After all, these aren't really "big" issues, right?

Unfortunately, these erode the good will in a relationship. Eventually, beyond the point of repair.

Mostly because when you stay silent, that emotion still has to find an expression. It becomes anger and resentment that builds up, until all you can feel sometimes is contempt.

You don't need to vent EVERY slight or disagreement to him, but you do need to know when and how to get rid of that built up conflict before it pushes him away.

Sometimes you meet a guy that just lights your fuse in every way you dream. You get that "feeling" about him, and you don't want to risk losing him.

And occasionally you find yourself jumping in the deep end because it "feels so right." Unfortunately, this means that sometimes he gets scared off.

Because even when a man is head-over-heels with you, he can easily become spooked and run - right when things look the most promising to you.

Knowing how to read those signals becomes essential to keeping him interested, and avoiding him pulling away from you.

Kiss of Death #7: Waiting Too Long To Move On

Again, we've all been in a relationship that we know we should have broken off earlier. We came to the realization, but we didn't act on it because our emotions were confused.

Sometimes we just didn't want to be alone. Sometimes we wanted to see if we could re-spark the passion in it. And in HIM.

Every once in a while, you're in a relationship that is just not fulfilling to you...

You might still be on the fence for someone in your life right now.

Maybe he's someone you've been seeing, or is still in your life, and you want that romance back. That LOVE and passion you two could have together.

If you'd like to know what those emotional triggers are for men that starts the POSITIVE landslide of love for you...

You owe it to yourself to watch this special video I created on how to open his heart up to you - CLICK HERE...