Should You Accept him? Can You Change Him?

It's a dangerous choice: Should you accept him the way he is? Or can you change him?

All women want to have a successful relationship with their men, don’t they?

But there's plenty that gets lost in translation between men and women (we often forget that “men are from mars and women are from venus” business) which can make things more difficult than you'd like.

It also begs the question: why would any woman want to change her man? 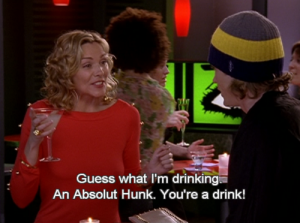 It’s mostly because women were bombarded by fictional beliefs growing up, like Prince Charming and the proverbial knight in shining armor.

When a guy comes along, she’ll unconsciously look for the traits of her “Perfect Man”, and when she doesn’t see it…well, that’s when the “fixing” happens.

She’ll try to change him and this is where the power struggle in the relationship begins. And you probably don’t want to admit it, but this happens a lot - and doesn't achieve much.

You see, initially, you have so much hope - a romantic fantasy that you can have that magical happily-ever-after-with-him. It's that feeling of “This is it! He’s the one!”

But, you’ll realize after getting to know him (after you made him comfortable enough to drop his guard and be himself), that he’s not even close to that perfect guy you thought he was.

He doesn’t fit the criteria. So, what does a woman end up doing?

She tries to change the guy by molding him into someone she's been dreaming of her whole life.

And what happens? The result is usually the end of a partnership that could have lasted forever. 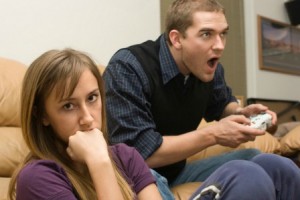 You’re left wondering what went wrong, and you’re back again to that cycle of finding “the one” - complaining why he hasn’t arrived yet, and when he does, you get to know each other, then you do your “thing” again.

And - BOOM - the relationship ends.

If this is a normal occurrence to you, and you’d like to end the vicious cycle, stay clear from these damaging mistakes of trying to change him.

REMEMBER: He’ll change because he loves you.

You expect him to change who he is just to prove how much he cares for you – and when he doesn’t - or can’t - you instantly think he doesn’t care.

And this damages the relationship that could have lead to your "happily ever after" - if you'd only given it a chance.

If you’re doing this, stop.

Be fair to him. Ask yourself, what would your reactions be if he expected you to change for him?

You’re always right. Or… are you?

It’s your way or the highway. You don’t allow his opinions to be heard nor are you open to the possibility that he might just be right.

This attitude is very harmful to your relationship with him since this can and will lead to disagreements, arguments and fights which will tax the relationship. They may even overdraw your emotional “bank account.” 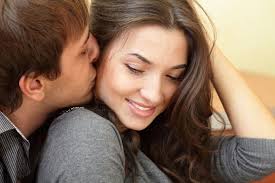 Remember that men want their women to respect them – and allow them to be a man, so he can feel like a man.

Ask yourself this – you want this to last forever, right? If the answer is yes, then you may have to flex to suit the relationship.

Relationships are always a two-way street. Respect him as you expect to be respected.

You need to be aware and understand that each of our life experiences from childhood to adulthood makes us different from each other.

There might be a slight similarity, but not everything will be the same. And you really wouldn’t want that, anyway.

Expecting him to think like you, have the same ideals as you, like the same music you do (when he’s not) is a huge mistake.

It might even sound ridiculously obvious, but you’d be surprised by how many men complain about their partner trying to change them into someone else.

If you’re doing this, you have to learn to accept him in his entirety and love him for who he is, just as (hopefully) he’s willing to do for you.

If you persist, you’ll just end up turning into a controlling and nagging girlfriend.

And the more you do this, the more he’ll resist your attempts. And eventually this only leads to the inevitable breakup.

Some guys will even cheat just to escape a situation like this. No, it isn’t justified, but you can understand how a guy who’s backed into a corner will feel trapped in a relationship.

If you truly love him, stop focusing on trying to change him. Instead, focus of being with him right here, in the present.

Live the moment. Enjoy being together.

Make every minute you spend a happy one, and he’ll WANT to devote his every waking moment to you.

If you’d like to get him to commit to you forever – watch this video now to reveal the secret to opening a man’s heart….