Are You Letting Him See Your 'Crazy'?

Are you afraid of letting him see your "crazy"? That bit of crazy woman that hides inside?

A friend of mine sent over a link to an article someone had written recently. It wasn't really meant to be offensive, but the title just made me cringe:

It was all about how women are creating situations that don't exist in their heads, based on clues they are over-interpreting. The signals he is giving off.

Well, I think we can all agree that most women do this at least once in a while.

(Though, I don't think women are crazy, nor do I really like the use of the "B" word when referring to them. I know it's become popular in slang, but it doesn't feel very respectful. Just my 2 cents.)

So when it comes to this over-interpretation, here's the part that makes most women scratch their head:

Most guys are NOT sending off signals the way you might think.

Before you think I'm off my rocker here and send me some nasty email, please allow me to explain.

Women are very used to communicating with other women. Women experience the wondrous and subtle parts of friendship and love through conversation and communication. 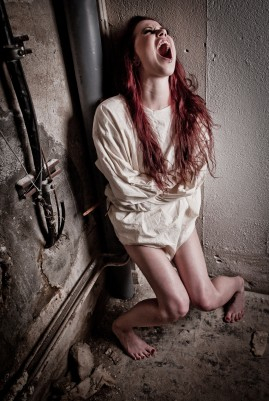 Women have a very particular communication style, and it's much more sophisticated and elegant than how men typically communicate. You see, from early in their lives, girls grow up learning how to talk to other girls with a very specific goal:

In fact, that could be the chant you would hear if you could tune into that vibration in the back of your mind.

There's also a more subtle chant going on in there, too. It's saying:

Because that might break the connection with your friend. Or your lover... or whoever.

I don't want to dive into all the scientific reasons for this, but it has to do with women being the primary bonding force in groups.

Women understand the value of love as connection in our lives. The connections and loving relationships you have also give you a feeling of grounding and security.

As a result, women communicate more indirectly to avoid threatening the connection. They will "feel out" a situation to avoid any kind of misunderstandings that could threaten that connection.

It's a frustrating and isolating part of being a guy, but it's part of our development that prepares us to give women that shell of loving protection and security she desires from us.

We guys don't get the same 'communication and connection' training that women do. In fact, relatively speaking, we're kind of stunted in that area compared to women.

So we're pretty blunt and plain-spoken when it comes to communications with women.

In other words, when a guy says something, there's very rarely any hidden meaning in it. He typically says what he means.

Oh, sure, we don't want to hurt your feelings just the same. But we rely much less on the non-verbal signals and implications that women often use in their communication.

What does this mean to YOU?

Well, very simply, it's just that there's not as much interpretation needed to figure out what a man is thinking or feeling.

I've had many girlfriends in the past who found it simply shocking that there wasn't more going on behind what I was saying.

Once, when I said I wasn't sure if I could make it to an event my girlfriend invited me to, she kept me on the phone an additional 15 minutes, convinced that I was being reluctant to commit - to the date, mind you - because there was "something else" going on.

I eventually did convince her that it wasn't related to my feelings for her - it was because of a simple scheduling conflict.

Hey, it seemed simple to me, but I didn't realize that to her, that this could be seen as a signal of distance between us.

There is another side to this that I want to validate for you - and that is that if your gut is telling you something is up, you can generally trust that feeling.

Very often, the feminine subconscious will pick up on the parts where his words don't match his body language, and spot troubles in advance.

You simply need a healthy balance of attention on the relationship. Balance out your time in your relationship with time outside it so that you don't fall into the trap of letting your connection with your man preoccupy your thinking.

If you'd like to discover more about what he's really thinking and feeling about you - and your relationship...

...I'd like to show you some shocking facts about why men pull away from women - and how you can stop it from ever happening to you.

CLICK HERE to discover how to make him yours forever...