Are You Too Negative With Guys?

Are you too negative with guys? Is it possible your attitude is hurting your chances with him?

Here’s a little pop quiz for you: If your friend got rejected, if she said any of the following would you agree?

If any of these ring a bell, your friend might be in need of a little “mindset adjustment”.

You see, the common thing between the statements above is that they’re EXCUSES.

They’re born of a defensive mechanism that kicks in when things go south. It's easier for some people to pin the blame on stuff beyond one’s control than face the music.

These statements deny the possibility that maybe, just maybe, your friend got turned down simply because she wasn’t his type.

It stings for sure, and it’s an uncomfortable truth to deal with.

People look for certain things in a potential partner – it’s easy to lose sight of this fact when a bunch of excuses distort a woman’s worldview.

So in effect, this negative attitude creates a cycle that feeds on itself.

The more someone buys into these beliefs, the more times she’ll get rejected.

But why does this happen, anyway?

Well, anyone who drags a bunch of self-sabotaging notions with her will pretty much annihilate any chance of a relationship. How could any woman be with a guy if she’s wary about men in general? 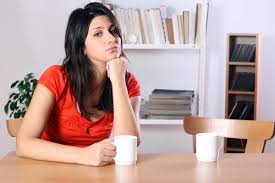 As more of these bad experiences pile up, the more they confirm the preconceived notions that a woman may have about the dating scene.

At this point, the cycle becomes self-sustaining, trapping women in a never-ending loop of negative beliefs and rejection.

But you don’t have to be one of these women. The good news is that there is a way out of this conundrum, and it starts with opening your eyes to a simple truth:

Things may not always go your way, but you can always choose what to do about it.

Consider this – if you got rejected by a guy, you can choose to do something constructive instead of blaming the world for your dating misfortunes.

For starters, you could ignore all those negative preconceptions about dating altogether. Then you’re free to work on your attraction skills to draw more men into your life.

And doing this puts you in a position where you can take control of your success with men. That’s a much better way to go about dating, isn’t it?

Besides, it’s no secret that men are attracted to someone who isn’t helpless against the circumstances in her life.

So, if you actually did something to improve your general situation (as opposed to being passive about it), you’re likely to land a lot more dates.

If you’re tired of getting the same results over and over, maybe it’s time to do a little soul-searching and purge all those self-defeating excuses from your system.

Ask yourself, “Am I letting a bunch of assumptions get in the way of being more attractive to guys?”

If the answer is “Yes”, then you can improve your dating know-how, starting TODAY.

In fact, not only is it possible to keep a guy from pulling away, you can also learn how to break down his resistance and make him fall for you.

All it takes is mastering a few basic but incredibly powerful techniques to make yourself irresistible to guys – all without breaking a sweat. Learn more about it here.