Did you get a little needy or insecure on him? Did he run?

Have you ever "freaked out" a bit over a guy? Did you maybe get a little needy or insecure on him?

You don't even know what happened, but you fell for a guy so fast and hard that the ugly "needy"
monster appeared...

And before you know it, his eyes grew to the size of dinner saucers and he turned tail and ran.

And then you're kicking yourself, wondering how the heck you're gonna fix this one...

Well, today's mailbag should answer that a bit for you.

My boyfriend broke up with me about 2 months ago, we’ve been together for 4 months, and it all
started out really emotional and explosive, also in a good way.

Then, the last 2-3 weeks before he broke up, he all of a sudden started acting distant and cold.
Unfortunately I replied being needy and acting insecure, almost forcing him to be with me and
communicating with me.

So then, one day, he said he wanted out of the relationship. He said he hadn’t developed the right
feelings for me.

I was in shock, and completely heartbroken, and still am!! I know he had some issues with his ex, which is the mother of his two boys, and she was causing a lot of trouble.

After he broke up, I cut off all contact with him. No phone, no mail, no facebook.. I’ve kept him as
a friend on FB, but limited some of his access to what I’m posting.

He has been writing to me several times, but only as “I want to say something, just don’t exactly
know what”-kinda stuff. I’ve replied shortly, but cheerful. Not initiated contact with him at all!

So then, this weekend, he and some friends were going to play at a club in town, and he sent me a
invite to the event. I decided to go, not just because they were playing, but a good friend should
celebrate his birthday at the same place that evening.

Of course I met him. He seemed happy to see me, gave me several hugs, and we made small talk during
the evening.

I acted cool and cheerful, and in good control of my emotions all the time.

When I woke up Sunday morning, he had sent me a message on FB late that night. He said it was
“cool that I showed up”, and asked if I enjoyed their performance.

I replied shortly and cheerful that they were great, and I had a good time. Haven’t heard from him since then, but today he sent me a new invite to another event they’re having next month...

I have no clue where to go from here, I really want him back in my life again!

Or should I not say or do anything?

I hate to break this news to you, but...

You're doing everything pretty much right.

Let me review this a bit...

1) You recognized your mistake.

You knew that you'd slipped into "needy" mode, and you corrected your course.

That right there is HUGE.

2) You knew to totally back off from him when he pulled back and slammed on the brakes.

This is one mistake that many women (and even men) fall into. They panic when the person pulls back
and breaks it off, and they usually destroy any remaining hope of fixing it. 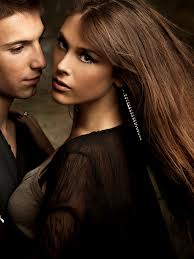 Again, most people can't resist that temptation to go back into chasing the one they've lost.

You're aware that this is NOT the way to go.

Your going out and just hanging with him is a good way to make sure he doesn't feel pressured into
anything, too.

I'm willing to bet that he's probably already thinking about trying it again. He's definitely
entertaining that notion, otherwise he'd be inviting other single women to those events.

But for him to act on this desire, he's got to also experience some doubt... a little fear that he
may NOT have a chance.

(Something I explain completely in my Forever Yours program...)

You've got to be willing to pull back at the right time to make him wonder if he's really got control of this situation.

There's an old saying about "the one who loves the least controls the relationship."

While that's a bit strong and sounds very manipulative, there is a grain of truth in it.

The person that is most indifferent to the other is always the one being chased.

And I do mean ALWAYS.

Look, it gets a bit controversial here as to the "WHY" this situation is important for you to
understand, so I've put together a few emails to explain it more.

For the time being, let him keep chasing you like this. It's the only way he'll ever come around and
realize his mistake.

Oh, and if you want to understand the hidden psychology of men, and why they do what they do, you
should watch this right away:

This one video shows you why men pull away in the first place, and how you avoid this ever happening
to you again...!

PS: If you'd like to learn the secrets that Kammy wishes she had made, it's not too late for you, either.