"Do I Text Him?" 7 Texting Problems SOLVED

You're sitting there with your finger on your phone - wondering: Do I text him? SHOULD I text him?

It's funny how texting has blasted its way onto the scene to become just about THE most important communication tool of the modern day. Even more than email!

I think texting is popular because: 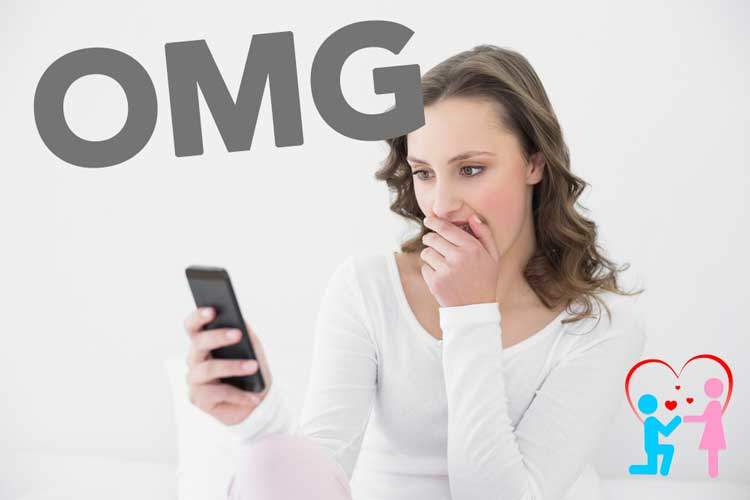 There are many more reasons, but I'll bet you haven't thought of THIS one:

We like the suspense of not knowing what's going to happen next. It's like the thrill of game shows. We thrive on uncertainty.

(BTW - I'll reveal how you're probably making a HUGE mistake with your texting in a bit...)

So it follows that I get a TON of questions about texting guys and how to do it right.

Now, let's go into the top 7 texting questions I receive from my readers... with the answers!

TEXTING QUESTION 1: "Do I text him first?"

Good question, and it cuts right to the heart of the responsible roles for men and women in relationships.

If you've just met a guy, and you hit it off, and then exchanged numbers - should you text him?

In this day and age of "female empowerment" - it might seem like that's an okay thing to do. You might hear a bunch of "gurus" and "experts" out there telling you to "go girl! Let him know you're interested!"

Don't buy into that nonsense...

If there's one thing that's murdered the power women have had in the dating process it's feminism. (In case you just gasped in shock at that, remember that I'm turning over a new leaf here. I'm telling you the nasty, unspoken truth. ) 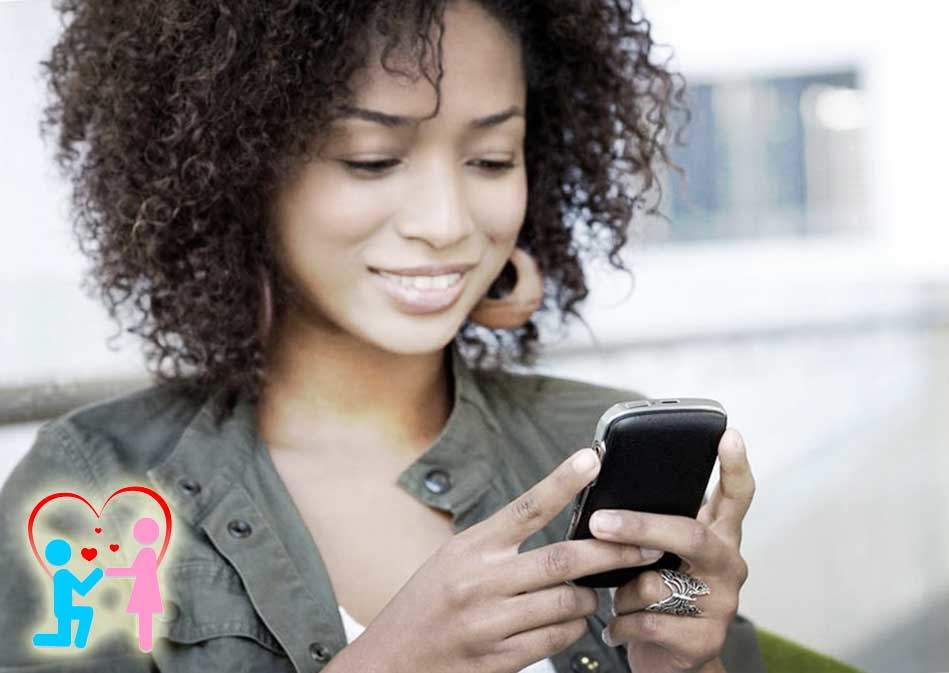 When is the right time?

Then HE WASN'T INTERESTED IN YOU! Your texting him first will not change that ONE BIT.

And even worse, if you lack the self-control to hold back - and you DO text him first - you'll have ruined it for him. No more suspense.

Now he'll know that YOU are more interested. And he doesn't have to chase or work for you. After all, you're already chasing him.

A woman needs to see a man's interest for her to believe it. And to feel adored...

TEXTING QUESTION 2: "How much should I text him?"

There are two sides to this question: How much should you text him in quantity, and in frequency. I'll handle the frequency question in a minute.

As far as how much should you put into your text in words...

Actually, that's just my way of saying, no one can answer that specifically. So instead I'll teach you the reason why.

You have to look at your own habits...

Only you know your own behaviors. But if those questions feel like they're familiar to you, you might consider you're the personality that is probably texting too much. 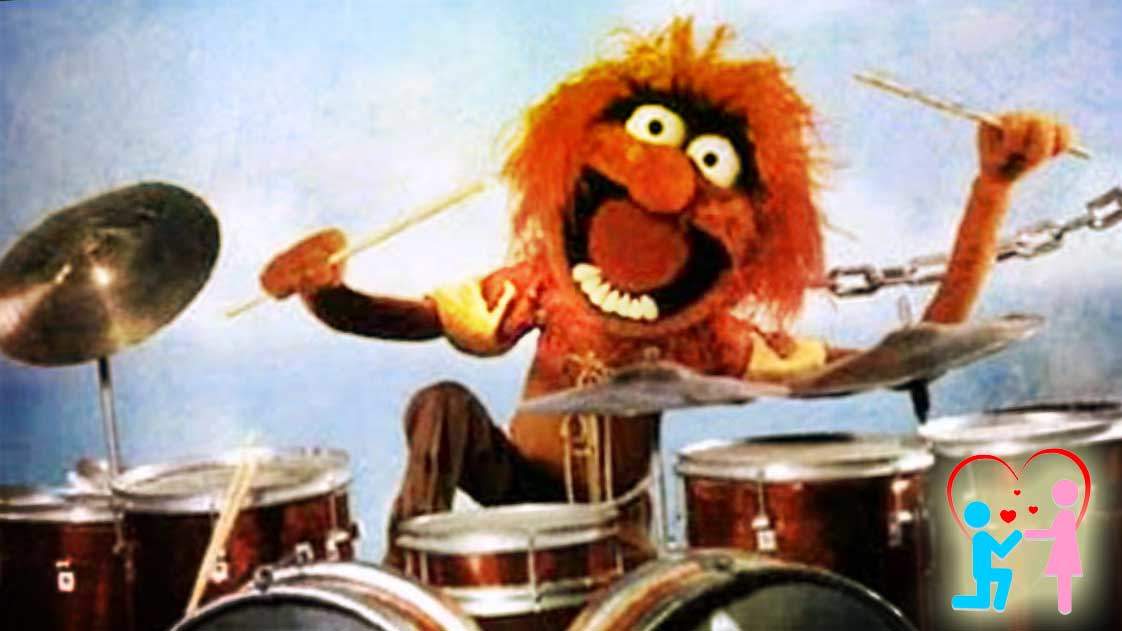 I was like this in dating for years. I was so afraid of losing out on the woman I was dating that I went overboard on everything. I was too ... THERE.

When it comes to dating and texting, women tend to go overboard on the texting. So it's better to swing the pendulum in the other direction - say a little too little. You'll always do better by making him WONDER than letting him know too much about your interest.

It's what men work for.

TEXTING QUESTION 3: "Do I text him after the first date?"

This one is pretty close to the first question, but I've got more to say about it...

First of all - you don't need to "show him" in some way that you're interested. If you went on the date with him, and left him with a good feeling, he'll be back for more.

But most importantly, you should not use texting as a backup plan for having been a GOOD DATE in the first place. I see many people who are using their cell phones irresponsibly. They look at their phone (which they're addicted to, by the way) and figure that they can work some kind of electronic magic on him to fix any mistakes they make.

(Well, you can, but not with random hint texts. I'll tell you more about how that works in a minute...)

Here's the ONLY thing you can send a guy after the date: 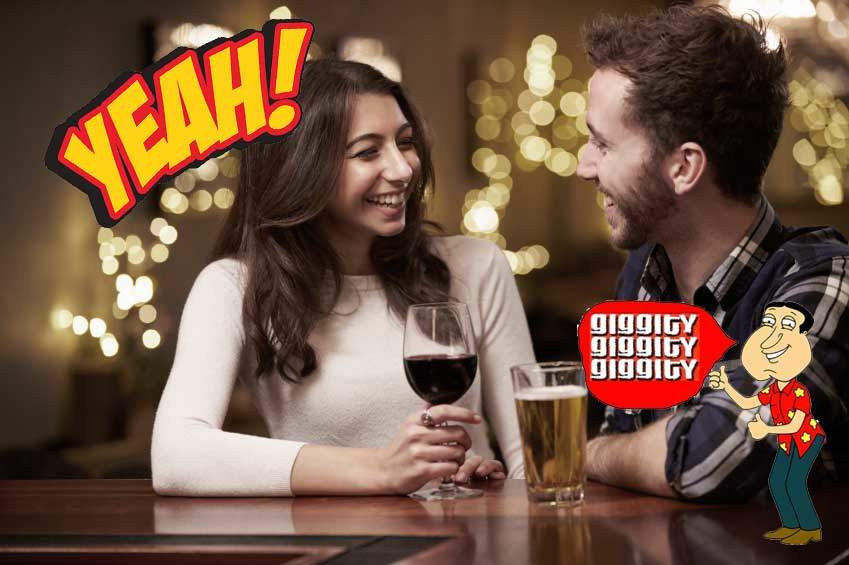 Let's see where this goes...

No hints, no nothing else.

"But Carlos - what if he replies?"

Okay, if by some fluke he decides to ask you out in the next text, you can just say: "Sure, let me check my calendar."

And then you forget about him until the next day.

But otherwise, you do NOT need to release the delicious sexual tension you've created.

The more sure you make him that's he's got you, the more you ask for him to lose interest.

TEXTING QUESTION 4: "Do I text him back?"

This is always going to be a question for you. Even 6 months into the relationship, you'll be asking yourself if you should reply or text him about this or that.

First of all, ask yourself:

My answer will always be the same:

If your text reply isn't a logistical "I'll be there at 7:15" - or "Yes, I'll take my lottery winnings in a check" - just let him sit in silence for a while.

If you were a super-busy person who doesn't have the time to check their phone every 10-15 seconds, you'd probably take a lot more time to reply. 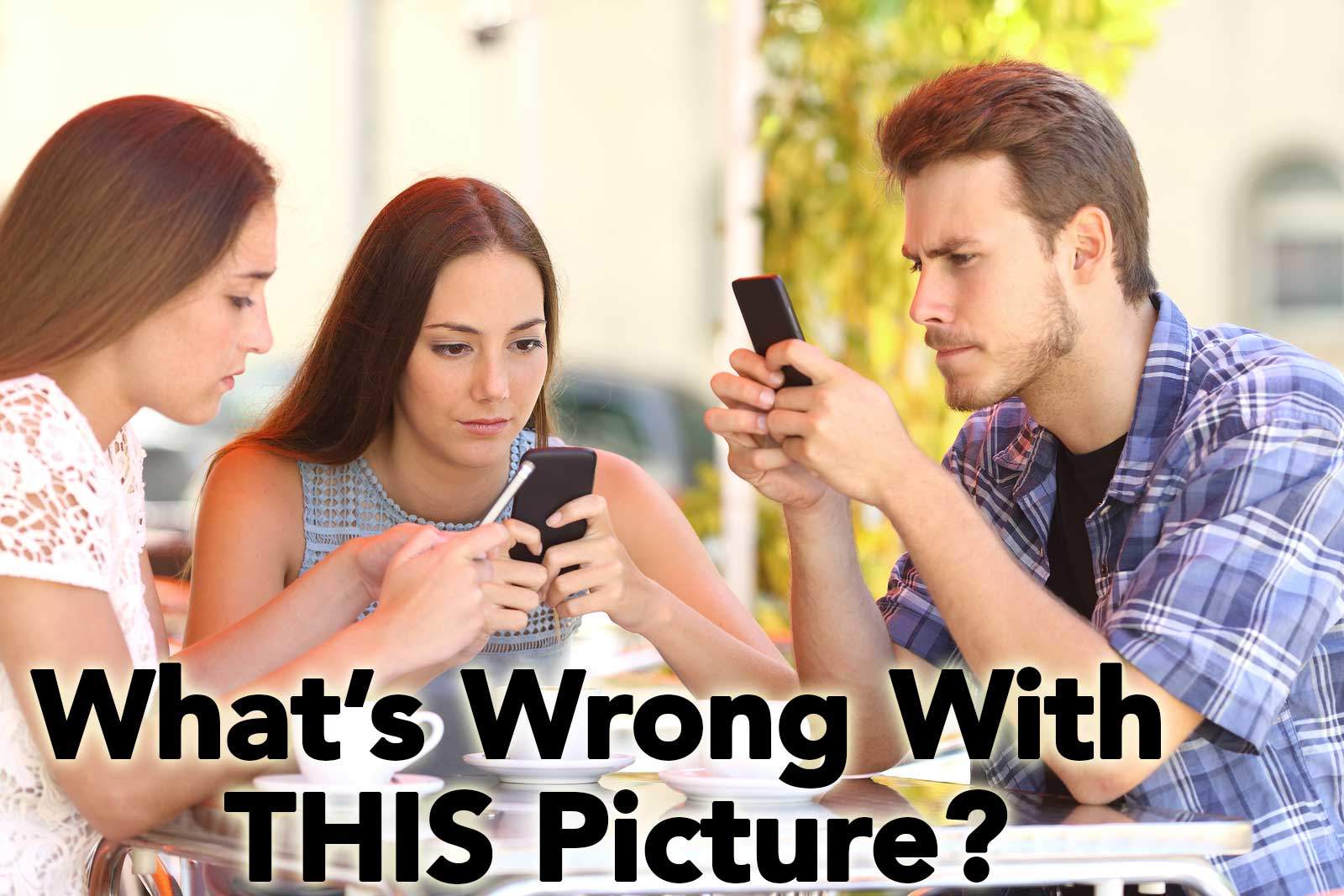 We've all been guilty of this.

And they check their phones 80 times per day.

That means that not only do we have too much time on our hands, and we're addicted to the dopamine rush of finding something new on our phones...

We desperately need lives that keep us away from having to validate ourselves through our phones.

Just let him sit and wait on your reply. He'll be more excited when you DO answer.

Need proof?  Just think about how you feel when you're waiting on HIS answer...

TEXTING QUESTION 5: "Do I text him too much?"

Here, we're talking frequency of texting. The number of times per day you text.

Remember that men only text for a couple reasons - 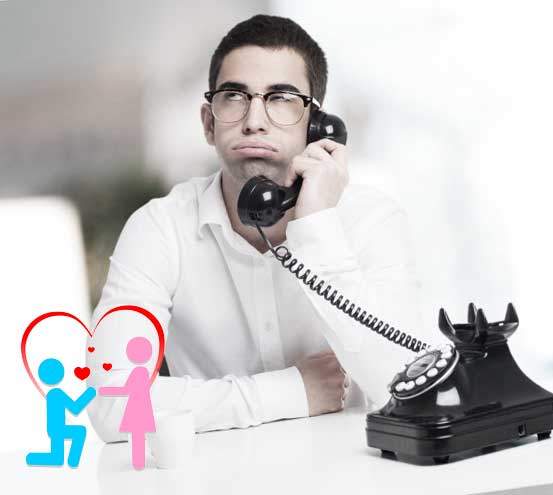 Sometimes he will text to flirt with you, or to see if he can lure you into getting sexual with him in some way. (Sometimes leading to a picture of his junk, so don't go there. He's testing you.)

But your only concern is your ratio. How many times do you text him compared to him texting you.

I'd suggest you set a rule for yourself of 1 text to him for every 2 texts he sends you.

Make him earn your attention!

If he isn't earning it now, he won't suddenly start doing it later.

So train him right from the start.

If you were a super-busy woman with a lot of guys who were interested in you, would you be texting men frequently?

TEXTING QUESTION 6: "How can I get him to text me first?"

Well, first of all, don't text him first.

I know, I know - that sounds silly, but most of the women I've coached found themselves giving in after a while and texting the guy after they just couldn't handle their own suspense.

Look, didn't yo momma ever tell you how guys work?

Men respond to the mystery and the thrill of what we haven't conquered.

Until about the year 1990, women have understood this fact about guys. I don't know what they put in the water, but it wasn't good for the natural sexual order of things. 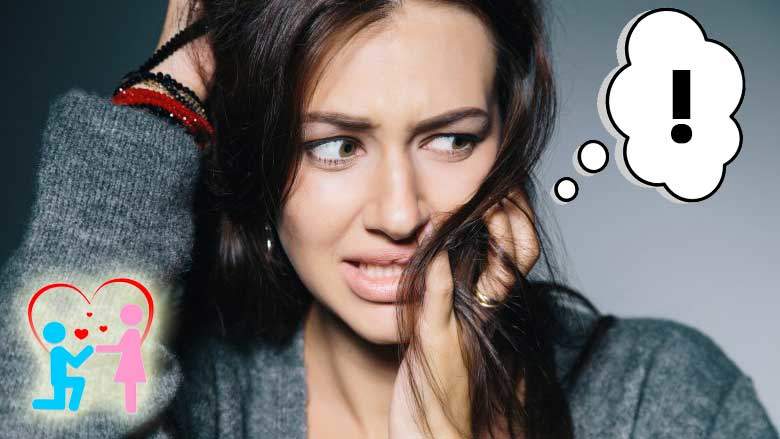 HARSH TRUTH: Stop trying to get a man to behave in some way that satiates your insecurities.

It doesn't make him fall in love with you.

Instead, ACT like the woman who doesn't care if he texts her. She's too busy turning down proposals and figuring out how to go on 3 dates this weekend.

Act like THAT woman. Because she GETS it, and gets those kinds of results...

You want that? Read on and I'll tell you how it's done...

TEXTING QUESTION 7: "What should I say to him in my text?"

This is probably the most important question of them all...

I say this because I know for a fact that most women don't know what WORDS work with men.

If I told you that you need to make him curious about you, and feel challenged by you - would you know what to say?

You probably know by now that you need to challenge a man, but you don't know what words you should use.

It's true, by the way: Men need you to say things that inspire his curiosity and desire for you...

But you don't know what he wants to see exactly, especially if it's in a text message. 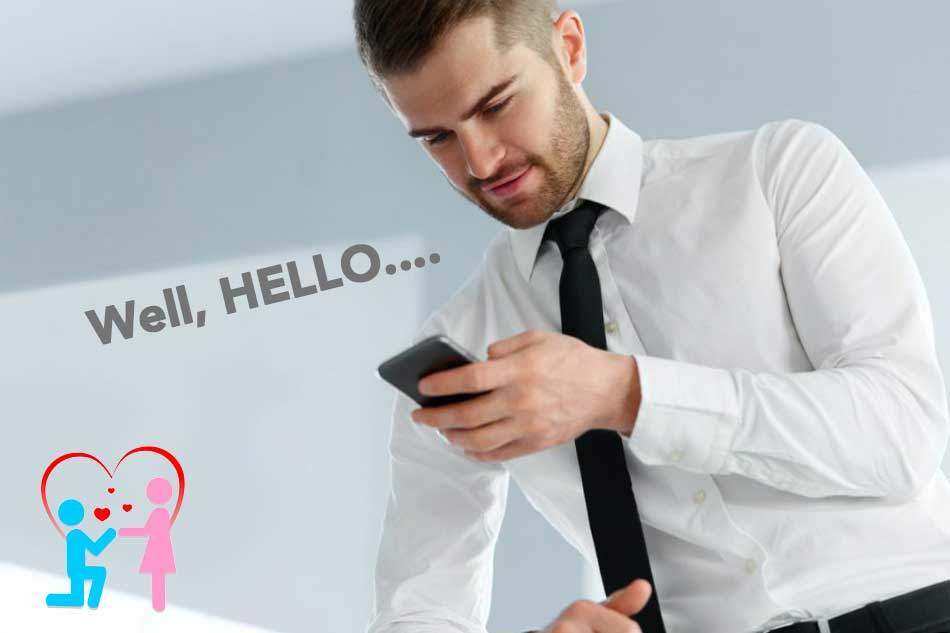 Guys have their own language of love... It's spoken completely INTERNALLY.

This silent language of guys is probably the reason you've not been able to get him to open up to you...

This Language of Love is the shortcut you've been looking for to get into his HEART.

It's never been transcribed or explained - UNTIL NOW.

Go discover this silent language of love - and never let another man fall into some other woman's arms again.