Flirting is natural for women, the only difference is that some have the guts to do it - and some don’t.

If you want to be able to attract that ONE man you want in your life, then you need to know how to flirt so you can draw him to you and make him yours forever.

Look, guys are pretty thick when it comes to attraction and your interest, so you have to find a way to open the door of opportunity in a way that will get him to walk in.

If you are shy, uncomfortable on flirting openly for fear of being labeled as a “flirt”, no worries! There are subtle ways of doing it … 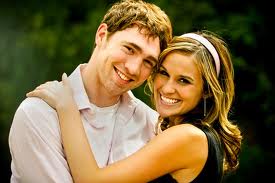 The trick is for you to be able to make him wonder, and have that curiosity about you. You will be the woman he thinks and dreams about.

And he’ll have to see you, reach out to you - just so he can satisfy his male mind.

And that’s the position you want to be in - where you pique his interest.

If you want him to notice you, then, time to showcase that sexy curve by wearing a dress or a sexy outfit – skirt and top should do the trick.

Make sure your outfit is not over the top where all your “assets” are exposed. Remember, you want him to wonder…keep thinking about you.

Just be girly and you can bet he'll notice you.

If you're in a social gathering, stay focused on him. Make sure you don’t stare.

Just look at him in the eye, and put a smile on while you talk to him.

That will make him feel good about you and think that you are interested in him. 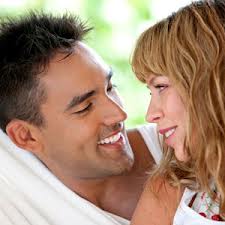 To really capture his interest, touch your hair from time to time while you look him on the eye. That’s a good way to subconsciously reach him.

Make sure you make it seem natural, not forceful or awkward.

When you talk to him, make sure you say his name during the conversation. Don’t use it in every sentence, just once or twice is enough.

Using his name will make him feel special and feel good about you. It works on a subconscious level, and men find it hypnotic.

When you talk, use a soft voice. Don’t shout. And if you're in a club or somewhere you have to talk loud, you might want to move somewhere that you can make the conversation flow more easily.

Remember, you want to give him a good reminder about you, not squeamish when he’s reminded of you.

Men like it when their egos are stroked, so compliment the guy from time to time. It’s important that when you do it doesn’t sound superficial.

And you can do that by not only being sincere, but also making it thoughtful.

Like, if he mentions that he hates his job of 5 years, you can say something like “You’re a real patient guy to have lasted that long.” That will make him feel like you understand his situation, and that you see the good in him in his bad situation. 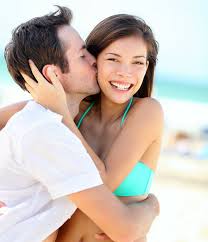 (By the way, don't use this as an opportunity to change the subject to something you hate about YOUR job! Keep the focus on him for a couple minutes.)

Then, you can ask why he stayed for that long - whatever answer he gives you, whether for his parents or personal agenda, compliment him how he’s such a good son, a determined guy.

While you're in a conversation with the guy you like, lightly touch his forearm or brush pass his shoulders when you walk. Nothing can get his pulse pounding other than a woman’s deftly subtle touch.

And you want to be the one to give that to him.

Just keep it simple, casual, and brief. And don’t do it more than once or twice during the conversation.

Touching him TOO often will give him the impression that you are desperate for his attention.

Remember, you want him to wonder about you. Keep his mind occupied with everything that is YOU.

Don’t forget to just enjoy your time with him. Relax and let go of all your troubles for a little while.

Note that guys don’t like women who are uptight and stiff. And who would?

That kills any “bonding” moments with him.

Laugh and smile. Go with the flow and tease him a bit. Not too much though, so he doesn’t think you’re making fun of him.

Just little teasing here and there, enough to make him so comfortable around you.

The goal is for you both to have fun in the conversation - since he's going to look back on it later and assess his experience based on the feeling he was left with.

Not whether you solved world hunger or some other grandiose quest.

So let go of control and let the mood flow… naturally.

There you go! Go ahead and apply these subtle tips on how to flirt with a guy WITHOUT looking like you're trying TOO HARD.

If you want to be irresistibly desirable to him, you need to watch this presentation…

MORE
MORE
Are You Dating A Married Man? The 26 Rules - And How To NOT Get Hurt
By Carlos Cavallo