"He's Seeing Someone else… What Should I Do?"

Today's reader asks about what to do if he's seeing someone else.

And my answer may surprise you.

I was casually seeing a guy, then I got pregnant. He stopped seeing the other girl he was more serious about and was there for me 100% but never committed to me.

He told me he would always be there for me and that he was really attracted to me but he wanted to be sure we would work if we were ever to pursue anything.

I kept pushing him away by bringing up how we were doing and if he was on the way to committing to me yet. But we were stuck in a cycle of doing good, then me freaking out. 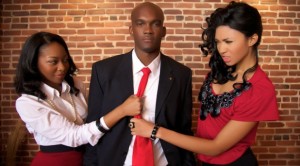 So I decided I was going to live in the moment and just enjoy where we were and hope that that would give us a good chance. So I did and we had two really great months where we just got on so well.

He treated me how I would want to be treated if I was a girlfriend. We spent a lot of time together and had fun and were even physical. No freak outs on either side!

But the other day he informed me that a girl, that he had been hanging out with and I knew he had some feelings for, had asked him out and he said yes. It has completely thrown me.

We were doing so well, I don’t understand. He says he just wants to explore the feelings he has as he is confused and has feelings for both of us.

How do I play this? He still wants to hang out and spend time with me and our daughter (and me on my own). He says that any girl he dates will have to be OK with us being close and I will always be more important.

I really want him back and will try anything. But don’t know whether to hang out with him and continue being in that great place we have been in, as I KNOW this dating relationship with the other girl won’t last.

Or whether I should back off and give him space… Not let him spend time with me for a while, which he has really been pushing for!

Please help! I really want us to be a family.

The easy thing is to tell you what to do… Put it on hold with him and tell him he’s on his own until he’s figured out what he’s doing.

It’s harder to explain why it’s the best path.

In fact, there’s a good chance you won’t understand why until much later on. After he’s shown whether he’s really THERE, or just trying to have his cake and eat it too.

You gotta cut him off – cold turkey. Men have this respect mechanism built in where they respect the women that don’t need them – especially when they have the balls that HE doesn’t to pull the plug.

You said: “I really want him back and will try anything.”

He KNOWS this from your attitude, and that’s what tells him he can still have his little harem going on and not commit. He’s not a bad guy, necessarily.

He’s just like an 8 year old – pushing his boundaries and seeing what he can get away with.

(And don’t feel too superior – women do the 12 year old thing where they test a guy’s boundaries for how much shit he will take, too.

Send him packing for the time being. He can still opt to show up and be a dad (and REAL man) for his daughter in the meantime. But that doesn’t mean you wait around for him to stop playing his games.

He needs to be taught a lesson in respect and integrity – to YOU!

If you want to know how to make sure he realizes you're everything he could ever want, click here