Is He The Relationship Type? Will He Commit?

Are you ever worried if he will commit to you? Is he the relationship type?

A lot of women go through a common cycle: she finds a guy, becomes utterly ecstatic with happiness, but when the excitement wears off, and reality sets in - she’ll get all serious and start asking…

Then, she’ll start observing him – looking for telltale signs of where his heart is "all in" or not.

Hanging onto his every word, watching his every move. Looking for signals where there might not be any. 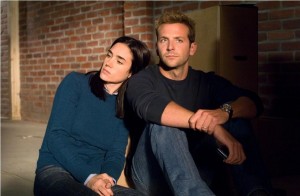 And not knowing makes her nervous. It’s nerve-wracking.

She’s be hopeful that he’s on the same page as her. But what if he isn’t?

If you’re in this situation, what would you do? How would you know?

First, you need to understand this – Men are pursuers. They do the chasing.

And it’s the way he likes it.

That means, when a man is in love and ready to commit, he will chase you. He’ll pursue you, and nothing will stand on his way.

So even if you walked out, he’d find a way to see you. If you don’t communicate with him, he’ll hunt you down. Send messages by carrier pigeon if need be.

That’s just the way he is.

They don’t over analyze things (like women often do).

So, when he says, he likes you – guess what? He likes you.

It’s not like the world of women where every subtle nuance has to be scrutinized because of hidden signals and hints you’re supposed to “get.”

What he says, he means. Yes, it really can be that simple.

If a guy tells you that, be thankful for his honesty and don’t interpret that to mean that you should try to change him. Not gonna happen. 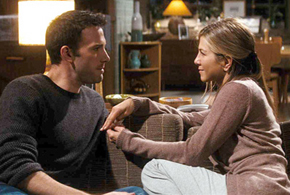 It’s difficult to be in that situation especially when emotions are involved. It’s never easy to let go, or decide that you have to move on.

What you can do is to keep eye on these signs to help you figure out if he’s NOT the relationship type:

He's Not The Relationship Type Sign #1: He doesn’t want to get to know you more

If all he wants to do is hang out with you in bars and clubs where there’s a lot of noise and no room for a conversation, then he’s not interested in building a relationship with you.

You see, when you’re trying to build a relationship with anyone, you go on different activities, talk to get to know each other, to make a connection.

Your dates should progress into meeting his friends, his family, and people close to him.

If that doesn’t happen, then you know he’s not including you in his present or his future.

He's Not The Relationship Type Sign #2: He asks you on a date at the last minute

He doesn’t plan ahead of time to take you out on a date. Most of the time, going out with you is like an afterthought to him.

Always remember that if a guy wants to invest his heart on you, he’ll arrange a date that will show you how much he wants you.

So, if he’s texting you late at night to meet up for drinks, or you feel like his “better than nothing,” you have to face up to him not being as into you as you might have thought.

Learn to say no, and send a message that you’re not the type of woman who’s his “afterthought”.

If he really likes you the way you want him to, and he’s looking forward to committing to you, he’ll take that as a hint to up the ante and win you over. 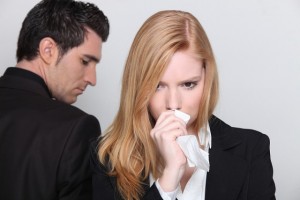 He's Not The Relationship Type Sign #3: You’re not his priority

He makes you wait around for him, and he has all the excuses in the book why he can’t be with you. He’ll be hanging out with friends or busy at work, or playing video games.

Basically, it's stuff you know that should be a distant second to spending time with you.

He makes you feel like you’re always his last option. If he’s doing this, you know where you stand in his life.

If a guy has plans of moving forward with you, he’ll make a point to make those plans with you.

If he doesn’t, then you know where you stand.

But the question is, will you allow him to treat you this way?

Or will you continue to give in and lower your boundaries just to avoid pushing him away?

He's Not The Relationship Type Sign #4: He avoids relationship-related conversations

This one is as straightforward as it gets. If he squirms when you try to bring up the “future”, or talks about the big “we”, take that as a sign he may have commitment issues.

You can keep on looking for the best time to bring the topic, but he’ll only do things to distract you.

Any guy who intentionally steers clear of commitment-related topics clearly has no intent of committing himself to you.

Whatever his reasons are behind his reluctance to commit, you have to remember that you have the power in all this.

And even if you’re in love with him, you need to understand the reality that he might never commit to you.

His heart and mind are just distracted at this point in time.

Will your current situation be enough for you?

If you want more, and if those nagging questions are in your brain constantly reminding you of what is and what isn’t, you’ll need the willpower and the strength to leave.

Men chase. It’s what they're born to do.

We all pursue those things we really want. And that is the only sign of true desire that you should be looking for as a woman...

CLICK HERE - to know the secret way to make any man irresistibly desire you...