How would you like to raise your self esteem? I want to show you some easy tips to feel great about yourself.

Wouldn't that be awesome for once? 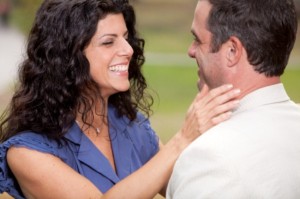 When was the last time you felt bad about yourself? Maybe something didn’t go your way or you messed up big time in your personal or professional life.

Whatever it is that happened, the aftermath left your confidence pretty shaken, like a swift kick to the gut. Then thoughts like “You’re a loser” and “You’ll never be as good as you want to be” start to creep in.

Worse, the feeling of having the wind knocked out of you can “leak” into your personal relationships. For instance, you’ve probably noticed your significant other sensed this needy vibe from you and it’s kept him at bay.

It’s a natural consequence of feeling like a failure because you’ll want to get some form of reassurance or confirmation from other people (like the man in your life) that you’re not as bad as you think.

But then, this attitude actually alienates the folks around you, sensing a desperation from you that repels them.

If you’ve gone through this in some way, you should also know that having low self-confidence is the quickest way to sabotage your love life. Attraction can’t grow under these circumstances, especially when a negative, self-loathing attitude is like a weed in your mind, not leaving room for anything else.

A lot of women I’ve helped before have also experienced the same thing. Fortunately, there is a way to climb out of the pit of self-pity.

All you need to do is to learn some basic mental habits that will act like rungs in a ladder to get you out, step by step:

The problem with a lot of women is that they tend to judge their self-worth based on the outside world. To them, their inner reality becomes permeated by their external circumstances, which then leads them to feel like crap.

Here’s what I mean: when “it” hits the fan, the common response for most women is to let their misfortunes define who they are on the inside.

And they allow whatever’s giving them grief (e.g. finances, job security, relationship status) to have power over them.

But the fact is that you’re not going to feel any better about yourself even after you’ve made more money, lost fifty pounds or have a trophy boyfriend. Deep down, there’s still that inner reality telling you that you’re “never enough”.

This is outward-looking perspective is highly toxic because you’re hinging your self-confidence on things from the outside world.

As a result, you’ll always feel compelled to want people to reassure you all the time.

I’ve seen this with a lot of women, and it’s deeply unsexy. So, the biggest step you can take is simply realizing that you are not your paycheck, the car you drive, the relationship you’re in, or any of things that are just on the surface.

The great thing about taking on this new perspective is that you’ll gain an incredible amount of leverage in your internal power struggle.

By not allowing the outside world to tell you who you are as a person, you’ll be the one who decides just how much you’re worth. Not your circumstances, and certainly not other people.

So now you’ll slowly stop begging other folks for a sense of reassurance since you already know that you’re perfectly fine as you are.

And when other people’s opinions and circumstances don’t bring you down anymore, this dramatic shift will have a profound effect in your life.

This time, it’s your inner reality projecting itself to the outside world – not the other way around.

That means you’ll be the one telling other people what to think of you, thanks to your new outlook on life.

Now that you’ve turned the tables on life, you’ll find that not begging people will get you what you wanted in the first place.

The real trick is to shut off that constant, self-sabotaging inner monologue that you’ve been listening to all this time. That’s just the outside world poisoning your thoughts and playing tricks on your mind.

So tune it out and be objective about yourself – are you really as bad as you think you are?

Or is it just your brain taking your worst fears and insecurities and needlessly AMPLIFYING them?

The best way to get on top of these thoughts is to stop treading water and biding your time, hoping for things to improve on their own eventually.

Living in the future is not a good place to be in, so you have to act on what’s in front of you, i.e. THE PRESENT.

This is a powerful position to operate from, because now you’re looking within (as opposed to depending on other people’s approval) – and living in the present gives you the needed push to change your life.

And this kind of attitude is what gets a man’s attention. Quality guys are interested in a girl who refuses to act like a victim of her own circumstances; desperation and neediness are NOT sexy qualities to have.

Taking a new perspective on life has a powerful effect on your daily actions. Most women take for granted that what they do every day is heavily influenced by what’s going on inside their heads.

This is why they repeat the same harmful patterns and drive away people with their neediness, thanks to a “I’ll be better someday, but not today” attitude.

Well, that day will never come if you don’t do something about it NOW.

The present moment is the ONLY opportunity to take action, but you have to act without thinking about what others might say.

Above all, don’t do things in the hopes that achieving a result in the distant future will make you better inside. You must tell yourself, “I’m OK with who I am NOW, and it’s enough for the people in my life.”

And when you act this way – as opposed to doing things out of fear or a “please like me” attitude – other people will notice. Especially guys.

You’ll find yourself free from self-doubt and carry yourself in a way that exudes genuine, honest-to-goodness confidence.

And here’s something else to boost your confidence with men – it’s the ability to connect with a guy simply by knowing his Connection Style.

Women who have this important skill wields power over guys, and it’ll give you all the leverage you need.