How to Meet Guys

Ah yes – the riddle of the universe seems to be: How do you meet great guys?

Now, of course, when I say how do you meet a great guy, I’m not really saying HOW you do it. We all know how it’s done, right? 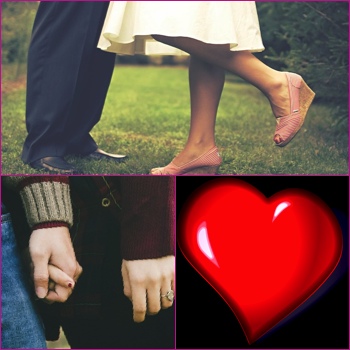 You go out, you find a place where there are guys and you let him approach you, you flirt, you talk, and all that cool stuff.

I’m going to talk about more about the whole flirting process with you, but when I really talk about how to meet a great guy, I’m really talking about where to GO to meet guys.

In the perfect scenario, you’re going to the places where there are a ton of guys, and – you hope – they’re going to walk over and talk to you.

They’ll do the work of chatting you up. They’re going to initiate in some way so that you can attract the kind of guy you want.

Now, the problem with this approach is, of course, that if you just go anywhere to where there are guys, you’re going to end up with the kind of guy that goes to that kind of place.

And you might do this without thinking about the qualities and the characteristics of the guys that go to certain places, like singles bars, for instance.

What kind of guy goes there?

Well, pretty much EVERY kind of guy goes to a singles bar. Which means you’re spinning a roulette wheel and hoping to come up with a number that matches you.

Unfortunately, luck will probably not favor you in this particular situation.

Sure, you’ll meet a guy … but will he match your criteria for a good boyfriend?

Will he have the qualities you’re looking for? It’s a complete luck of the draw. 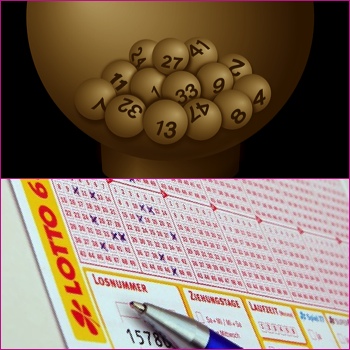 And, on the first try, it’s very doubtful you’ll score a jackpot.

So you want to start by assessing what it is you’re looking for in a man. I don’t mean in the usual corny, cheesy way that every dating adviser tells you, when they say:

“Make a list of all the criteria for the man that you want to find. Once you’ve established that criteria, you should judge them on a scale of one to ten. What is most important to you, and least. Then – and only then – should you go and start looking for your man.”

Very few people go through that effort. You’ve heard that advice before, but so few really do that exercise.

This is Carlos “The Freak” Cavallo here to tell you that I did, in fact, go through that exercise. And I do highly recommend it.

Yes, I don’t care how cliché it is, you should be doing it. 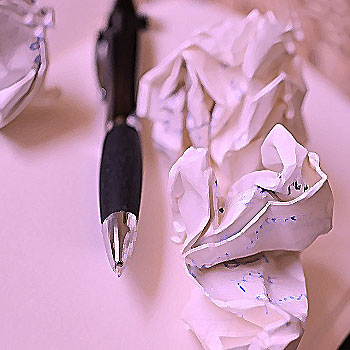 But still, I realize that most people typically keep this list of criteria for their soulmate very vague. It’s basically in the back of their head somewhere in terms that are more gut feel than concrete.

Now, the problem is that if you just leave it in that vague, undefined state of:

“I kind of know the kind of guy I want.”

“I know what his hobbies are.”

But you never really sit down to make a list. And by never really pinning it down, it allows you to modify, distort, and change your list to match whoever it is you just happen to be dating at that time.

Very often, we make an emotional distortion about the person we are really looking for to make them match the person we are with. Typically, this is much more of the case with women that I’ve coached than it has been with men.

So take the time, sit down, at least write down a couple of things you’re looking for in concrete terms.

Now, there is a practical side to this. By writing it down and figuring out what those things are, you can now match it up to the environment where you’re likely to meet that guy.

You could sit around and wait for a few good guys to come along and sweep you off your feet, hoping that knight in shining armor is going to show up like a prince. Hoping he’ll whisk you into his carriage and off into the sunset. 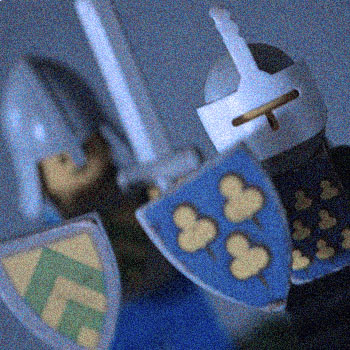 That’s the subconscious hope that’s going through a lot of people’s heads. Many women still harbor this secret dream, but you can’t afford to.

If you’re going to find the guy you want, you’re going to have to put in a little effort and a little bit of conscious thought about how to find him. So get that list of criteria and you’ll be surprised how it helps steer destiny your way.

Go to your local bookstore. I want you to go to the magazine section.

Once you’ve done that, take a look through those magazines. Make a stack of them and put them on a bench.

That’s right, Barnes & Noble won’t mind. They’ve got people they’ve hired full time to go and put those back after you’ve gone through and disrupted their organization system. 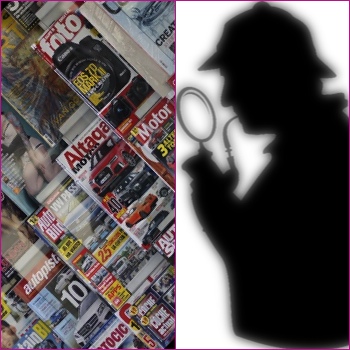 That’s right. These magazines have done all your research for you.

All that stuff, they figured it out so they could advertise to them.

Just pick up a few of the magazines that you imagine the guy you want reading.

“Oh, he eats healthy food. Well, I better go over and hang out at the Whole Food store for a few hours some time on the weekend.”

“Oh, he’s into adventure sports. Well, maybe I should go over to the rock climbing gym and take a few lessons.”

You can see it’s not that difficult to figure out the demographic of a guy you want and get a good idea what is he’s into. You’re going to get a much more intelligent cross-section and understanding of the guy that you want by doing it this way. 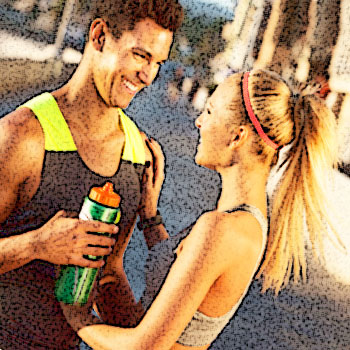 It really is a kind of ninja tactic, if you will, for meeting guys, and a lot of women, actually most women, don’t know this technique exists. Frankly, most women have never even picked up a men’s magazine to figure out what interests us.

You’ll be amazed at the ideas that will come to you just paging through them. Not only that, but you’ll be getting a keen insight into men in general.

I recommend this as simply an exercise for many of my coaching clients, and I’m always fascinated by their amazement.

“I had no idea,” Loraine said to me. She had a stack of Men’s Health and some Esquires. All this time I thought it was just “dumb guy stuff,” but I finally got how important a man’s priorities are to him.

And that’s more than I hoped for her, but it’s something I know you can share, too…

Go dig in and discover what kind of secrets about the male mind are waiting for you between the pages of those men’s magazines. 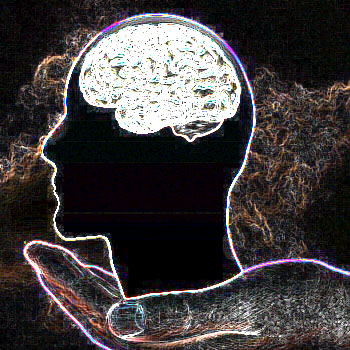 I think you’ll be surprised.

And you’ll come away with quite a few new ideas as to where you can go to find them as well.

Now, I’m going to warn you about some of the ways you could meet guys, and the downfalls and the pitfalls of those methods.

Sure, there are the ones that are suggested all the time. Of course, everybody goes to the bars.

Everybody goes to the grocery store to meet men. Or the gym.

Well, almost everybody that is. Maybe you go there, maybe you don’t, but there’s a reason why people go places like the singles bars and clubs. 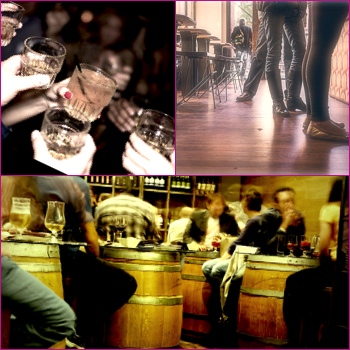 It’s because we know that most of the people showing up are probably single.

We’ve already covered some of the pitfalls of the traditional bar environment, and chances are it’s probably not your scene.

So how about Conventions?

Conventions actually are a pretty good way of meeting guys, but you have to know which ones you’re going to. If you’re a geek girl, well, by all means, go to Comic-Con or go to E3, the electronic games convention that happens each year.

There are all kinds of conventions for all kinds of interests, and it’s a great way to meet that kind of person. Because, let’s face it, the only kinds of people wandering the floors of these conventions are the people that really made a commitment to be there, so they are really into that. 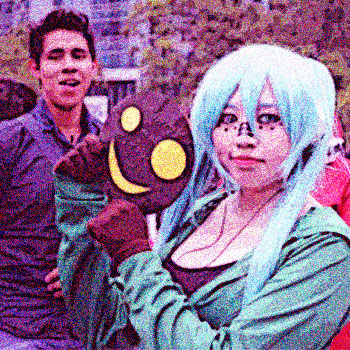 So go to the conventions of things that you enjoy, and I can pretty much guarantee, you’re going to meet guys that are also into that thing.

Weddings are a good place to meet people. And of course, it has the natural benefit of being in an environment that is all about love.

After all, these people are going to be getting together for – hopefully – the rest of their lives.

Of course, a lot of the guys that show up are also single friends that were once part of his entourage, so it’s a worthwhile event to go to.

Now – believe it or not – I’ve even seen some articles recommend that you just go out running and see who you run into. Yes, put on your sneakers and just go out and run. 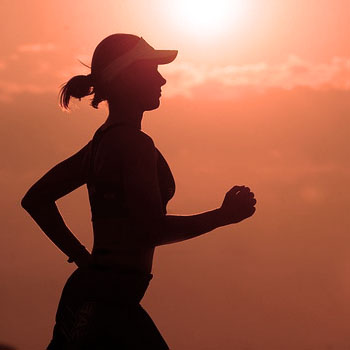 Like you’re literally going to stand a chance in Hades of running into a single man with the qualities you want – running outside at the same time of day. Maybe in a marathon, but not in real life.

That’s what you need to think about: Is the activity going to help me meet a bunch of guys? Or a few guys?

One guy every so often? Or many guys all at once?

You’ve got to play the numbers on your side as well if you want to improve the probability.

I’ve even seen advice out there that tells women to go to Alaska to meet guys.

Yeah, when all else fails, head up there. Because – they say – there’s a ton of guys and very few women.

Well, that’s probably true, but let’s face it – what kind of guys are sitting up in Alaska right now?

Do you really want to go and meet your boyfriend in a fishery? (No offense to my readers who are surfing the web on their iPads while carving up salmon.)

Now, it’s time for me to take a second to shoot down worst advice that you’re probably going to hear. And you’ll hear it a lot.

This advice that says, “You’re going to find love when you stop looking for it.”

Sure, that can happen.

But the reality is that this advice only works because you were probably over-exerting yourself trying to find a guy in the first place. 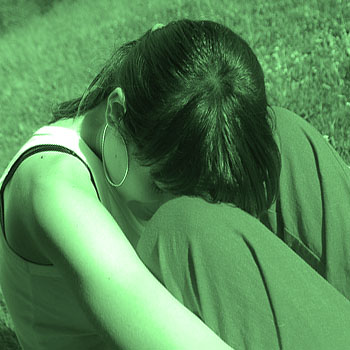 Yes, you do have to put effort into meeting a guy. But stopping looking completely is not far from hiding from love.

If you’re not putting any effort into finding a guy, you’re putting things up to the winds of fate. And that’s not the way to make a relationship happen.

So if you’re going to actually meet a guy, then you definitely have to put yourself in the places that they hang out. Don’t fall for that old, tired advice that says if you stop looking for love it will just fall into your lap.

It’s a clever romantic notion, but it very rarely happens that way in the real world.

In reality, you need to ACTIVELY build a stable, happy relationship with a guy. And that starts with cultivating a genuine, irresistible personality that will attract quality men.