How to Remove Passive Aggressiveness From Your Relationship

Jasmine, a client of mine, asked me for help when her boyfriend said she was passive aggressive. “I couldn’t believe what I was hearing,” she said incredulously, “it’s pretty unfair to be labeled like that just because I get upset about the stuff he does sometimes.”

“There’s nothing wrong with letting your guy know if something’s bothering you,” I assured Jasmine.

I explained: “The problem is when you channel these frustrations in unhealthy ways that backfire instead of addressing an issue.”

Based on my previous conversations with her, I knew she had classic signs of passive aggressive behavior, which she didn’t realize was counter productive in making herself heard.

Here’s how I helped Jasmine get to the bottom of her situation: 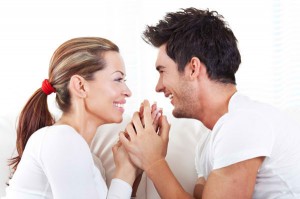 I asked Jasmine, “When does something that annoys you, how do you react?” She mentioned that she tends to get sarcastic when she's frustrated or clams up to make her boyfriend wonder what’s going on.

I told her that neither of these will help her cause since it doesn’t communicate her issues in a direct way.

Guys aren’t much for subtlety, so the first step to removing passive aggressiveness in your relationship is being more upfront about your feelings.

The best way to nip this kind of behavior is to zero in on the circumstances that usually bring it out. “When was the last time you reacted to the situation that way?” I asked Jasmine. “What were you were doing at the time and what was the conversation about?”

My goal was to help her acknowledge the fact that certain scenarios were causing her to react in passive aggressive ways. That way, Jasmine can take an emotional step back and come up with a calculated response.

“So instead of telling your boyfriend you’re ‘fine’,” I said, “you should be clear about what you’re feeling exactly so he knows something’s up.”

I continued: “For example, when he forgot to take out the trash the night before, try telling him, ‘It’s really upsetting when our kitchen smells like a dump in the morning.’”

This kind of statement can help Jasmine vent her feelings but leave out the accusations or name-calling, which she hates doing.

This was when I also realized she’s uncomfortable with confrontations; this was why she had a hard time being direct with her boyfriend.

The important takeaway for Jasmine was that she shouldn't be afraid to believe in what she has to say. As long as she can identify an issue with her boyfriend in a clear, direct and constructive way, she doesn’t have to worry about speaking up.

Lastly, I told her that the key was to make a mental habit out of the tips I gave her.

Over time, I explained to Jasmine, this approach will gradually eliminate passive aggressive tendencies – as well as remove phrases like “Whatever,” and “I’m fine” from her conversations with her boyfriend.

That’s all it really takes to create a better connection with your partner.

If you find that you’re having the same problems in your own relationship, awareness is the first step to avoiding frustrating scenarios like Jasmine experienced.

And if you’re looking for better ways to connect, you need to identify his Connection Style, which is different for every guy. It’s the quickest way to make him fall for you.

Learn how to create a lasting connection by clicking here.