Change The Way You See Men! Here's Why - And How

It's time to change the way you see men.

One of the dangers of dating is having a jaded view about the opposite sex.

I know I’ve been burned myself before, and I’m aware of the effect it can have on a person’s mindset.

For instance, I’ve noticed how a lot of women who’ve had bad experiences tend to paint men in broad strokes.

And assuming the worst in other people can really ruin your chances of having a healthy, functional relationship with them.

I have to admit, it’s kind of tiresome to run into the same tropes that don’t really represent all guys. Although it’s true that some jerks are out there, I’m not sure how I feel when I hear women trashing men as a whole. 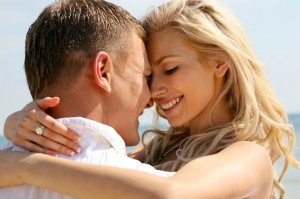 Here are a few examples:

Things That You Resist, Persist!

The more you hold on to these beliefs about ALL men, the harder it will be to find a guy who’s right for you.

You can’t go expecting a guy to act like a woman (i.e. being more communicative, emotionally attuned), or assume that they’re all “players.”

This will only pile on a bunch of expectations even before your relationship can gain any traction. It leads a lot of women to try changing their guy; and predictably, he’s going to push back like a rebellious teenager.

Instead of keeping on this path, why not accept that men and women are going to be polar opposites on some level?

Don’t look for those feminine traits in a guy – that’s where your girlfriends come in.

They’re meant to compliment your companionship needs in a certain way; a guy should have a different role in your life.

So the best thing to do is take a guy for all his unique qualities. Learn to appreciate his little quirks that make him an INDIVIDUAL.

Please note that I’m not asking you to settle for a guy if you feel deep down that he isn’t right for you.

All I’m saying is that if you happen to have someone in your life that makes you feel great, try not to look at him through any “mental filters” (e.g. stereotypes, expectations, wishing for him to be someone “better”).

Remember, the worst relationships are the ones where couples turn into mirror images of each other.

(Or worse, one where a woman turns her guy into her pet project, trying to mold him into the “perfect guy.”)

You’re supposed to be different people who fill in your respective “cracks”, much like two separate halves complimenting one another as a whole.

The more you fight against that, the harder it will be to recognize a man for who he is – and what he can bring into your life.

Speaking of which, getting a man to stay in your life is as simple as learning his Connection Style. I’ve developed a course that makes it dead simple for any woman to learn this valuable relationship skill.

Learn all about it here and get started today.