Sexy Things You Do Without Even Realizing It

There are sexy things you do without even realizing it. It's true - and you should know what those things are!

You must have wondered what some women do that makes men around them go gaga over them. You’re curious to find out why, and use those things yourself.

(And I’ll tell you that it’s NOT the size of your boobs or the color of your hair!)

I mean, who wouldn’t want to be attractive to men right? Most specially, to that guy you really desire.

And knowing what it is will come in handy when you meet a man you feel and know in your heart is the right one for you.

So, what do these women have? How can they draw men to them like flies to honey?

Here are some things that magnetic women do that makes men absolutely crazy - and it will draw guys to you like a magnet. 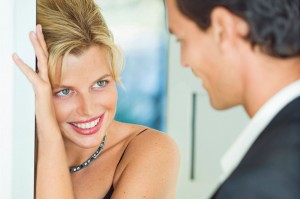 Sexy thing to attract men #1: When you bite your lip

When a woman is having a conversation with a guy and she unconsciously bites her lip, he’ll find it incredibly sexy. Why?

According to a study, men were attracted to women who demonstrated “dumb” characteristics that made them seem “exploitable”.

Men are genetically programmed to look for an “easy sex” and demonstrating it this way, makes him think you could be his “easy prey.”

But don’t worry - you won’t be taken advantage of or have to play a victim in any way. It’s just a very subtle signal that triggers in his unconscious mind and awakens attraction.

It’s up to you to use it to your advantage. The important thing is that you got him to notice you.

Sexy thing to attract men #2: When you toy with your hair.

A well-known hair brand Pantene conducted a study and the results showed that 82% of men said sexy hair is key to overall sex appeal.

When you’re in a conversation with the guy, occasionally touch your hair, or play with a strand of your hair. Men find that mesmerizing and he wouldn’t be able to keep you out of his mind.

The attraction will be unexplainable but it will be there. And he’ll find ways to be with you – to the point of pursuing you.

That’s what you would want him to do because men love to chase. The more unattainable, the more they need to have you.

And, if you’ve studied any of my programs, you’ll know how key it is to do that right. 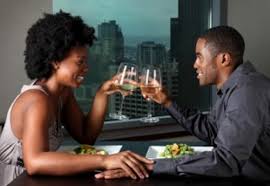 Sexy thing to attract men #3: When you show that you are a confident woman

There are just a few things that show your inner confidence. You stick to your standards and follow your own principles.

You know you’re worthy and any guy would be lucky to have you.

You don’t get easily swayed and you don’t give up your beliefs just to impress anyone or please someone.

There’s something about a woman who can carry herself well that men feel drawn to. That sort of confidence will radiate when you’re with a guy.

And he’ll find it incredibly sexy and alluring.

Sexy thing to attract men # 4: When you smile.

When you smile, your face will light up and it makes you more approachable. Again, you’ll show your warmth and inner happiness with your overall “vibe.”

You want him to feel that you’re full of positivity and you’re generally just a happy person.

I mean, think about it: Who wants to hang around someone who’s bumming all the time?

And for any guy, that’s his cue to want to meet you. Your smile will tell him you won’t reject him when he does, because you’re a nice person – and maybe you’re interested in him too.

Men need that open door and welcoming feel - because it’s incredibly hard for him to risk his ego on approaching you if he thinks there’s a chance of rejection.

Any guy needs to feel your openness before he approaches you, and a smile that tells him that, “It’s okay, come closer”. That’s really all he needs to take that first “small step for a man.”

(I don’t know about Neil Armstrong, but I suspect it was easier for him to take that trip to the moon than to take those few steps to introduce himself to his wife.)

Remember that a man’s mind is simple, and all he really wants is the attention of a woman (just like you would want his attention).

So, a simple hint and some subtle flirting won’t hurt. It'll nudge him in the right direction - towards you.