When Do You Tell Him You Love Him?

If you're in a relationship (sometimes when you're NOT) - you might wonder when do you tell him you love him?

You’re starting to have that warm, cuddly feeling, and you want to express it... soon.

BUT before you do, consider this...

“I LOVE YOU” is such a powerful little phrase that, when said, can radically change everything. 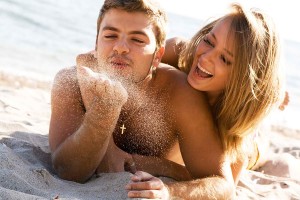 You have to make sure you’re prepared for the outcome.

Like, do you expect him to say it back? What if he doesn’t?

What if after saying it, he just stares at you with a blank look on his face…or WORSE, he changes the way he is around you?

So, before you say those magical words, check these signals first.

These are the signs if it’s the right time to say “I love you”:

He understands you...he listens to you.

When you talk, he’s always interested in what you have to say. When you’re happy about something, he’s there to celebrate with you. 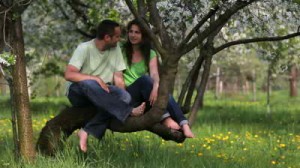 When you’re upset, he’s there to calm you down. He holds you until your worries go away.

He just appreciates you for being YOU.

If you have this kind of connection with him, it’s a sign that he feels good about you - and when you say “I love you,” he won’t run away.

Men don't grow up showing their emotions. They’re just not wired that way.

So when he opens up to you about his worries, problems, feelings - that’s a GOOD sign that he trusts you.

He’s comfortable enough with you and he feels SAFE. And that’s a huge thing for a guy.

Guys don’t want to show their feelings, as this is associated with femininity and a lot of things that threaten a masculine identity. 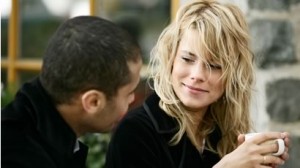 So when he does open up, that’s a great sign he loves you too. Be sure to never reject or admonish him when he does, no matter what he says, because that could seal the door on his emotions for good.

You Say You Love Him When...#3: He makes you feel EXTRA special.

He just goes out of his way to remind you of him. He sends you flowers, along with those cheesy and flirty text messages.

When he introduces you to his family and friends, that’s a VERY huge sign. A HUGE step - even for him.

And when his family and friends like you, it’s a clear sign that he has already briefed them about YOU - and who you are to him.

If he does these things, it’s more than a clear signal that he feels the same way you do.

And when you actually say those 3 magical words, he won’t shun away from it.

You may even want to get several of these signs before you move forward, just to play it safe and really make sure you've got him addicted to you.

To paraphrase Neil Armstrong's famous phrase - saying I LOVE YOU seems like a small step for him, but it's actually a HUGE leap for your relationship.

Finding the right time to say it can be tough and scary. However, knowing these signs will give you that extra boost - and ease your worries a bit.

When the time is right, go to him and profess your love.

If you'd like to know how to trigger his love - so that you know he will not only fall for you, but he will drop to his knees and beg you to be his FOREVER...

Then you need to know the Secret Password to a man's heart. Go HERE to discover this password - and make him yours forever...