3 Most Irresistible Traits Of Cleopatra (Do you have these?)

Over the decades, these women have been known for their magnetic aura and to-die-for looks.

Simply mentioning their names will already make you think of traits like class, sophistication – and of course, undeniable beauty.

But there’s another name that stands the test of time.

Turn the clock a couple of thousand years back, and you’ll find one particular lady who epitomizes qualities like grace, femininity, and irresistible charm. 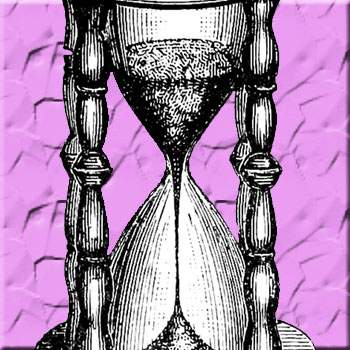 You could even say she set the bar for what it means to be truly drop-dead gorgeous inside-out.

She was so irresistible, in fact, that powerful men literally went to war and handed her the keys to their kingdoms just to have the pleasure of her company.

And that woman was none other than Cleopatra.

Only she had the power to seduce the likes of Julius Caesar and Mark Antony. When these guys walked into a room (or battlefield), they commanded respect from their comrades – and petrified their enemies with fear.

It didn’t matter though – they were defenseless against Cleopatra’s feminine wiles.

For the longest time, NO ONE knew what she really looked like. There have only been accounts of the dalliances she’s had – and how it shaped the course of human history.

Her actual appearance was a mystery – until archaeologists made a jaw-dropping discovery, that is.

You see, after they unearthed an ancient bust carved with Cleopatra’s name, it turned out that the most reveled name in seduction wasn’t some flawless goddess.

Take a look for yourself: 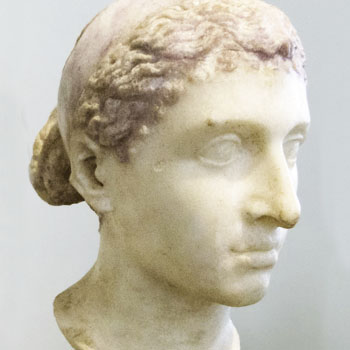 Ok, so she’s not actually BAD-looking. But let’s be honest – she doesn’t look like the sizzling sexpot you imagined her to be.

For all the hype surrounding her, Cleopatra didn’t look like a dolled-up celebrity or impossibly good-looking movie star. In fact, she’s really rather plain.

How did this average-looking woman outfox the competition and turn the world’s most powerful men into clay in her hands?

Was it some ancient Egyptian spell?

The secret behind Cleopatra’s charm had to do with certain personal traits that made it IMPOSSIBLE for men NOT to fall for her.

It was her authentic, dyed-in-the-wool personality which made her the legend she is today.

In particular, she had THREE traits that made it dead simple for her to attract ANY man she wanted:

Think about the last time you fell for a guy.

Did this hottie check off all the boxes in your detailed list of qualities you want in a guy?

Probably not, because no one really puts that much conscious thought into it.

When you saw him, your subconscious already told you he’s attractive. 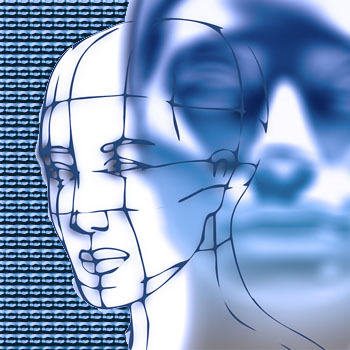 It had nothing to do with logic – you JUST knew.

So how do you flip the switch in a man’s brain that triggers his instinctive desire for you?

Well, it starts with one word: VALUE.

Getting a guy interested in you boils down to this simple concept that most women take for granted.

What do I mean by this?

When you have this simple trait, people will actually experience a teeny tiny bit of PAIN when they’re not near YOU.

That’s right, men found Cleopatra’s mere presence INTOXICATING. They knew her VALUE and couldn’t bear to be away from her.

To create this value for yourself, you first need to cultivate a lifestyle where you’re firing on ALL cylinders. 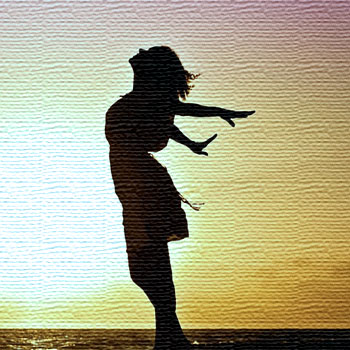 You’re not just working on one aspect of your life, but seeking to improve yourself on multiple levels.

This includes your career, hobbies, passions. The same goes for the relationships you have with your family, friends and colleagues.

All of these form the bulk of your attractive lifestyle, so it’s wise to nurture this part of you.

On the surface, it might not seem to have a direct effect on dating men. However, all of this adds up to the passionate, authentic and magnetic personality that guys CRAVE in a woman.

More importantly, this sends a very clear signal to guys that makes them think this one feeling:

“Hey, this woman is pretty interesting. Being around her adds VALUE to my life. I should hang out with her.”

Saying that out loud doesn’t sound like the most logical statement, does it?

But THIS is what guys are unconsciously thinking when they meet a woman they like.

(Like I said, logic and reasoning go out the window when it comes to dating and attraction.)

Cleopatra Trait #2: Win Him With Confidence

Yes, I know that “be confident” is one of the most worn-out phrases in the history of dating advice. I can sense your eyes rolling…

The kind of confidence I’m talking about is the lack of FEAR around men.

You might be thinking that you’re not afraid of guys, but I don’t mean it in the physical or immediate sense. The reality is that a lot of women are afraid of not being approved by men.

They’re worried that deep inside, they’re not worthy of a guy’s time and attention. This is where a lot of problems start when it comes to attracting guys.

If you feel that, on some level, you need to PROVE your worth to a guy, then you’ll undermine the value you’re trying to create for yourself.

Here are some of the things women do that create this effect:

– Doing things for the purpose of making him like you…

– Being nice to the point of compromising your time, well-being and life balance. I call this being OVER-nice…

So confidence is really about being secure in the fact you don’t need to manipulate or play games with a guy just to make him commit to you. You know for a fact that you’re already a WHOLE person without him. 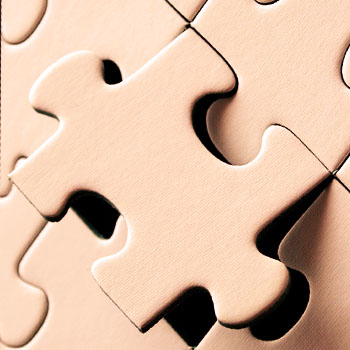 Having a relationship isn’t meant to fill an emptiness in your life. Striving to create an engaging lifestyle is the best way to fill those gaps without a man’s approval.

Ask yourself – what would I do if I knew that I would be single forever?

Oh, I know, it’s not something you want to think about, and the reality is that it’s EXTREMELY unlikely. But if adopt that attitude, you’d be surprised how it would attract men.

Healthy and stable relationships are built on a mindset that says, “My life is awesome right now. However, you’re pretty fun to hang out with because you’re the kind of guy who enriches my life.”

Women who operate the other way often find themselves desperately chasing after guys. They end up turning off men because they’re perceived as needy and emotionally insecure. 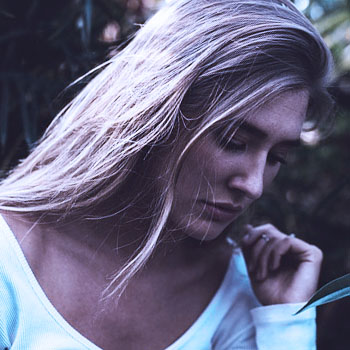 On the other hand, Cleopatra had that confident vibe about her, and men were COMPELLED to try to win that “Cool Guy” position in her life. (I know, hard to think of Caesar and Marc Anthony trying to be cool, but you can bet they were chumps for her.)

And that leads us to:

Cleopatra Trait #3: Be a Woman

You’re probably thinking, “What?? OF COURSE I’m a woman. What are you getting at?”

All you have to do is be a member of the female species and any red-blooded male should come knocking at your door. 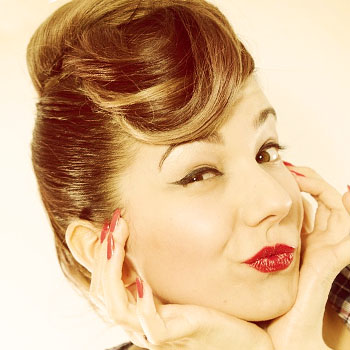 Here’s the thing: If you don’t embrace your femininity, then you’ll NEVER show up on his radar.

This won’t be the most politically correct thing you’ll hear from me, but you can’t fight biology.

As far as attraction is concerned, there IS a reason why men and women ARE different.

He wants something he DOESN’T have, which is your soft, sensual and feminine side.

Men are hardwired to seek the yin to their yang, if you will.

The reality is that men DON’T WANT you to put your tough, masculine traits front and center when it comes to romance. He gets that all the time from his guy friends.

No, he wants a nice, soft, loving WOMAN in his world.

There’s nothing wrong with being a woman, and it doesn’t make you LESS of a woman to stop trying to be like one of the guys. We feel SPECIAL and ACCEPTED when we get to see the softer and more vulnerable part of you.

This has nothing to do with equality. Obviously, women have made huge strides over the last few decades and are finally enjoying the same privileges and rights of their male counterparts.

But if you allow him to be “The Man” in the relationship, then he’ll be eternally grateful for that – and to you.

Guys have this weird thing about being able to fulfill that masculine role – namely his ability to provide and protect for you.

For example, we get a kick out of using our manly strength to move your huge flatscreen TV for you – or kill that spider in your garage.

When you get a case of the sniffles, we’ll swoop into action and get you warm soup and a blanket.

It’s in our blood. We won’t tell you, but we LOVE the feeling of being able to do those little things for our partner. 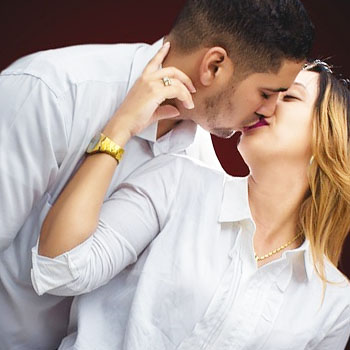 Men won’t ever complain about having to be a man for you.

Sure, you can do this for yourself, we know that. Yet, if you LET US do it anyway, then you’re giving us the feminine woman we’re crazy about.

Now, these three irresistible Cleopatra traits we just covered will push you in the right direction. When you start showing these traits, you’ll know the secret to Cleopatra’s allure…

But what if you could take it to the next level? How would you like to POSSESS her charm and magnetic power over men?

What made Cleopatra the “complete package” to the men of her time was her ability to get them to drop their guard. She could get the toughest, battle-hardened guy to drop that defensive wall and open his heart to her.

She did it WITHOUT playing mind games or being dishonest with men. Cleopatra did it with INTEGRITY and remained true to who she was.

And they LOVED her for it!

Even today, some women know her secrets. They’re applying this life-changing magical magnetism to get the guy of their dreams.

If you want to discover this simple yet devastating approach to making your man feel irresistible desire for you, check out this free presentation…

He won’t know what hit him – click here to watch the video NOW.