5 Ways To Get Over A Breakup With Your Boyfriend

I can’t think of anything more painful than a breakup – especially if it’s someone you really liked a lot. 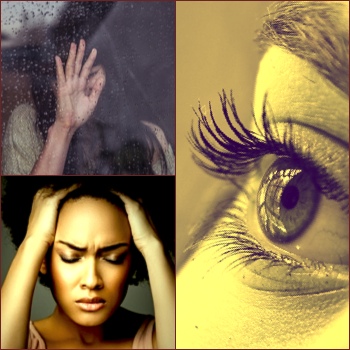 Well, there’s one thing more painful – if *he* was the one that broke up with you.

Look, a lot of guys try to play off that they’re doing just fine without you, but the truth is that he’s probably hurting just as much as you are.

So, no – you’re not alone. But sometimes that same relationship that’s causing you so much pain isn’t what you really need.

So to help you get over it, I’m going to give you 5 ways to get over your breakup – without losing your mind in the process.

But first, you have to do something VERY important… you have to finally decide that this wasn’t the relationship that was “The One.”

Yeah, you gotta make yourself understand that he’s NOT your soulmate.

Look, I know this isn’t going to be a popular thing for me to say, but I can’t tell you how many women I’ve coached that wanted to keep the boyfriend she had only because she couldn’t stand losing him.

The relationship wasn’t working – and she knew it wasn’t fulfilling. But when he started to pull away, or he became a little distant, she lost her cool.

Sometimes it’s only the threat of losing a relationship that puts a woman into a tailspin. Suddenly, he’s all you can think about.

You forget his faults and weaknesses, and all the reasons you knew it wasn’t going to work out. (Which are totally legitimate reasons, by the way…)

And even though your best friend told you that this guy wasn’t for you – and even though you’re pretty sure you’d probably tell anyone else not to bother with him and his B.S. – you simply can’t stop trying to think of ways to trick him back into contact with you.

Just to avoid that hopeless and empty wasteland of NOT having him. 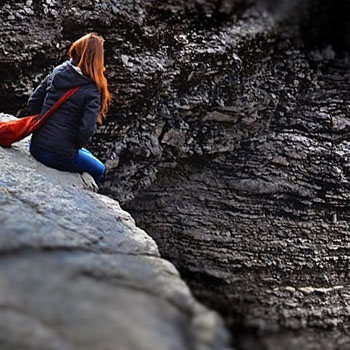 I get it… it’s tough to let go. REALLY tough sometimes.

But the longer and tighter you hold on to this relationship that isn’t fulfilling you, the more you stand to lose by holding on to something that isn’t even really there.

The worst part is that the longer you hold on to him, the longer it will take you to find the man who really IS your Mr. Right. You’ll draw it out into a long and painful ordeal that will only end up in a breakup anyway.

Even worse – you might miss out on Mr. Right simply because you were focused on the wrong guy instead of being available at the right time.

This is a false sense of intimacy that is created only by the illusion that you’re “losing” him. When, in fact, you might have never had him to begin with.

I don’t want to get caught up in useless technicalities – but if you break up, he’s obviously not your soulmate. (More on this in a minute.)

So at some point you have to let yourself off the hook and get over this guy. If you do it by choice, YOU are in control.

If you walk away only because you couldn’t change him or convince him the way you thought, you will lose all that control.

Now, here are 5 ways you can get over a breakup – and move on to find the right guy, before it’s too late…

The first way to get over a breakup is to make a list of all his faults.

Yeah, I know – right now you want him back so bad that you can’t even remember what those faults were, right?

But they’re there, and they’re just going to reappear again if you somehow manage to give it another go. And then you’ll be even more disillusioned the next time it gets ugly.

So now is the time to make your list. 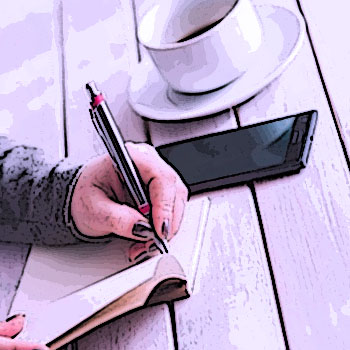 Don’t hold back, either. Dig deep, and remember all that stuff that made you so frustrated and angry at him before.

His always being late…

Him never taking you out…

His sarcastic and nasty comments that left you feeling unloved…

Get it ALL out there.

I know this one will be tough, because your mind will fight you on it. Your emotions will tell you that “there’s nothing all that bad…”

“Are you crazy??” your inner voice howls at you. “It wasn’t that bad!”

It’s really important that you remember and include all the unpleasant stuff now to remind you why you’re not together.

And – believe it or not – it helps to have something to make you feel better about NOT being together.

Every time you need a reminder, or you start to dwell on what you had, re-read this list.

The #2 way to get over that guy you just broke up with is to work through all the feelings.

This is where you will want to get out your negative – and positive – feelings on paper.

I always recommend you have a journal to record in, like a diary or blank book that you feel safe writing your thoughts and feelings into – no matter how wild they are. 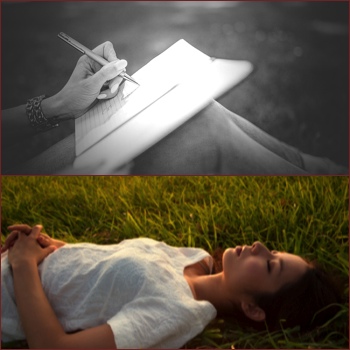 One of the most important things you can do after a breakup to help get you past the scary part is to purge all those pent up emotions. And one of the best ways to do that is to have a place where you can just express your feelings – no holding back.

There are a lot of techniques for doing this, too.

The first is just writing a letter to your ex, saying everything you always wanted to.

Now, you’re not going to really send this to them. That’s not really the point.

You’re just trying to purge all the negative emotions out of your system. Write out all the things you feel like you should have said and just be done with it.

We all hold back from saying a lot of the things we could have out of consideration for other people’s feelings – or more likely to avoid them feeling negatively about us.

Let yourself go wild with this exercise. Even if you know some of what you’re saying is too strong or maybe even a little unfair. 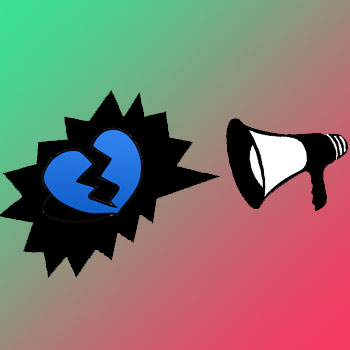 The point is simply to purge yourself and empty out all the negative feelings in a constructive way.

Again, you’re not going to actually give this to them.

You definitely don’t want them experiencing your raw emotional state like this.

Another way to use your diary or journal is to write out the “Story of Us.” Just act like a detached, third-party reporter writing up what happened between the two of you.

Pretend you’re going to share this with your future daughter, so she can learn from your mistakes.

And take inspiration from your strength!

The fourth way to get over a breakup with your boyfriend is to remember that the emotional pain is temporary – and NORMAL.

One thing that has become more common of late is that people try to escape pain instead of dealing with it. 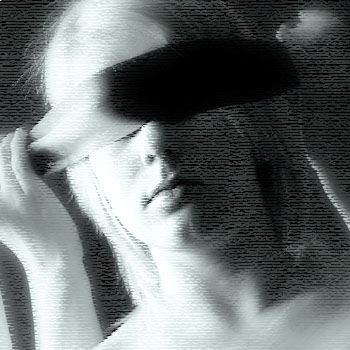 I’m not talking about physical pain that you can treat with medicines, but the psychological pain that we try to soothe with shopping and escapist behavior.

Instead of dealing with the emotions we’re going through, we try to run from them. And that leaves us reacting in ways that give us even more pain.

Negative emotions are normal – and natural. 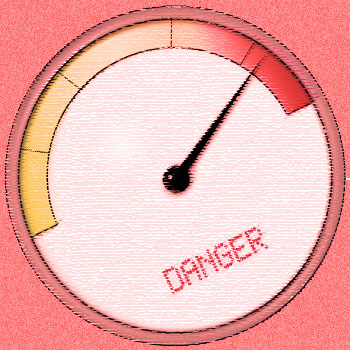 But avoiding them is not normal, and will cause even more harm in the long run.

Take a break and grieve the loss of the relationship, but also know that it will always be fine after the intense feelings of loss have passed.

One of the best ways to handle this is to simply think back to previous times that you’ve gone through the same kind of breakup, and remember that you got through those as well.

Just beware seeking out a “quick-fix” or a crutch to get you by. You don’t want to fall into bad habits just because of a breakup.

The fifth – and last – and probably most important phase of this process of getting over a breakup is to stick with your decision.

This goes hand in hand with what I mentioned before about not focusing too much on the good parts.

If this breakup was your decision, you will be tempted to focus only on the good times you two shared together. It’s natural, but it’s also a distorted presentation of your relationship with him.

If you get caught up in thinking about only the positive parts of what you had, you’ll start to second-guess the situation.

And this is especially true if it was HIM that initiated the breakup. You never know, he may want to consider another try later on, but you have to move on with your life as if it were truly over.

It’s a mind game that will leave you stuck and unable to move forward. Not to mention the possibility of having a few too many glasses of red wine one night and sending a text you might regret.

Stick with the decision and know that you’re doing the right thing.

“How do you know it’s the right thing?” your inner voice asks. “What if he was ‘The One’?”

And if you want to know how I know this, it’s because you don’t decide – or discover – that someone is your soulmate just because you broke up.

It’s true – you don’t just wake up one day and realize he was your soulmate just because he left, or he’s not around. That’s the panic of loss that’s talking to you.

You know he’s “The One” when you’re finally together, married, and you know it’s the real deal.

Just take this time and rejuvenate your own life. 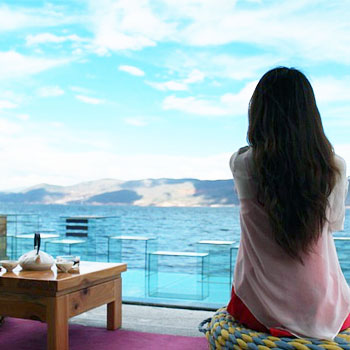 This is a great time to refocus yourself on your own life. Get yourself back to the gym.

Get out with friends and reconnect with other relationships you may have neglected while you were focused on him.

I know it sounds a bit cliche – but there’s a reason why this advice is given almost every single time: Turning your focus back on yourself always makes the pain of breaking up with a boyfriend better.

Not only does it remind you of your own worth, but it also gives you the feeling of grounding you need to get ready again to get out there and do it again.

Get back around people who support you – family and friends – and make a decision that this breakup isn’t going to defeat you. 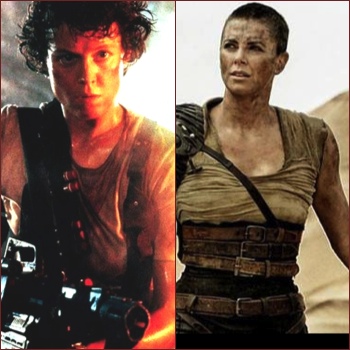 You make a decision to not let the occasional speed bump stop you from getting to where you’re going. Because – once you’re there – it’ll be just as fantastic as you imagined it.

When you meet the guy that’s right for you, I can show you how to connect with him so he’ll NEVER pull away from you. Check this out to learn more: https://my.datingadviceguru.com/sp/concode1

This is the simplest, quickest way to create that bond men crave from their partners. You won’t ever have to worry about drifting apart or any of the other relationship problems leading to another breakup.