7 Flirty Questions To Ask A Guy – Flirty Texts He Will LOVE!

It’s important to have a bunch of flirty questions to ask a guy – and it’s even better if you can do it in flirty texts.

It’s no secret that one of the best tools you can use to get a man to open his heart and commit to you is through the effective use of QUESTIONS.

Questions are a hot knife through the butter of his defenses… and they’re incredibly simple to use.

All you need is the right question to get him to start talking.

And when a man starts talking, he’s an open book to you. It’s like a love spell you can use anytime to awaken his attraction for you.

So today I’m going to give you some of those questions to use on him. (BTW: These phrases are something I give you a ton more of in my Passion Phrases: Obsess His Mind, Capture His Heart program.)

AND the best part is that all of them are great questions you can text him!

But first… we’re going to talk about 5 Questions you should NOT ask a guy. Yeah, you might have seen these questions I’m going to show you, and those “gurus” told you to use them, but they’re not a good idea.

BAD Question/Text 1: “Do you have a girlfriend?”

Why ask this? This is an obvious question that could make you feel pretty dumb in about 10 seconds.

You never have to worry about being this direct with a man, because we’re super easy to get information out of. Instead, just ask him the one of the questions I give you below …

I’m actually talking about ONE kind of “have you ever” question here – and it’s about S-E-X. If this is your first time talking to him, or your first date, there’s no need for sex talk yet. Instead, use the one I’ll show you in a minute…

This is another one of those “set you up for failure” questions I see suggested by articles everywhere.

Don’t get suckered on this one.

It’s a question that seems like a safe way to ask a guy out, but you don’t need to go this far. In fact, if you have to be this obvious with him, he’s an idiot. Or he’s just not interested.

Either way, he’s not for you.

BAD Question/Text 4: “What do you think about me?”

Fishing for feedback from a guy you barely know is the most insecure, needy, and unnecessary thing you can do. I wouldn’t even suggest that my teenage daughter do this. It’s the worst advice, EVER.

(And in case you’re wondering, I found this exact question suggested as a “good” flirt question. Oy vey!)

If you’re complimenting him like this, you clearly need to read the rest of this article. Paying a man compliments like this so quickly is going to make you unattractive and disinteresting to most men.

(This kind exact bit of advice was also promoted in another article as “smart,” and is probably the worst thing you can do to start a relationship off right.)

Just keep in mind that when a woman opens her mouth, it should never – and I mean NEVER sound like a cheesy pickup line.

Okay, enough about the DON’Ts – let’s get into the DOs:

This one is an obvious flattery question that is a bit LESS obvious than “Have you been working out?” 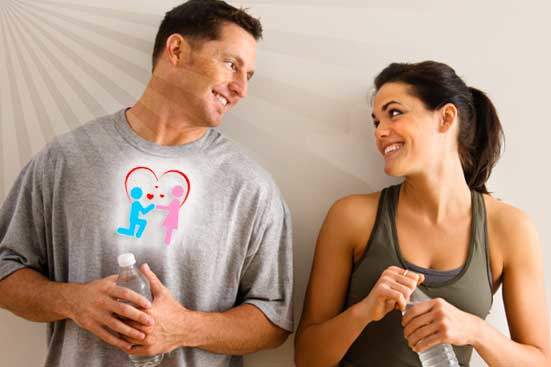 Use this one, then pretend some fake shock when he tells you he “works out at home” or “hasn’t been going lately.”

But please don’t ask the question if he’s got a beer belly and is obviously UN-athletic. Only ask if you find his physique attractive. Otherwise, it’s shallow manipulation.

This oe’s good, because he might not get it at first. Yes that’s a good thing, because making a guy wonder will always trigger him to think about you more.

So you can text him this question or ask him in person, and when he asks: “What do you mean?” 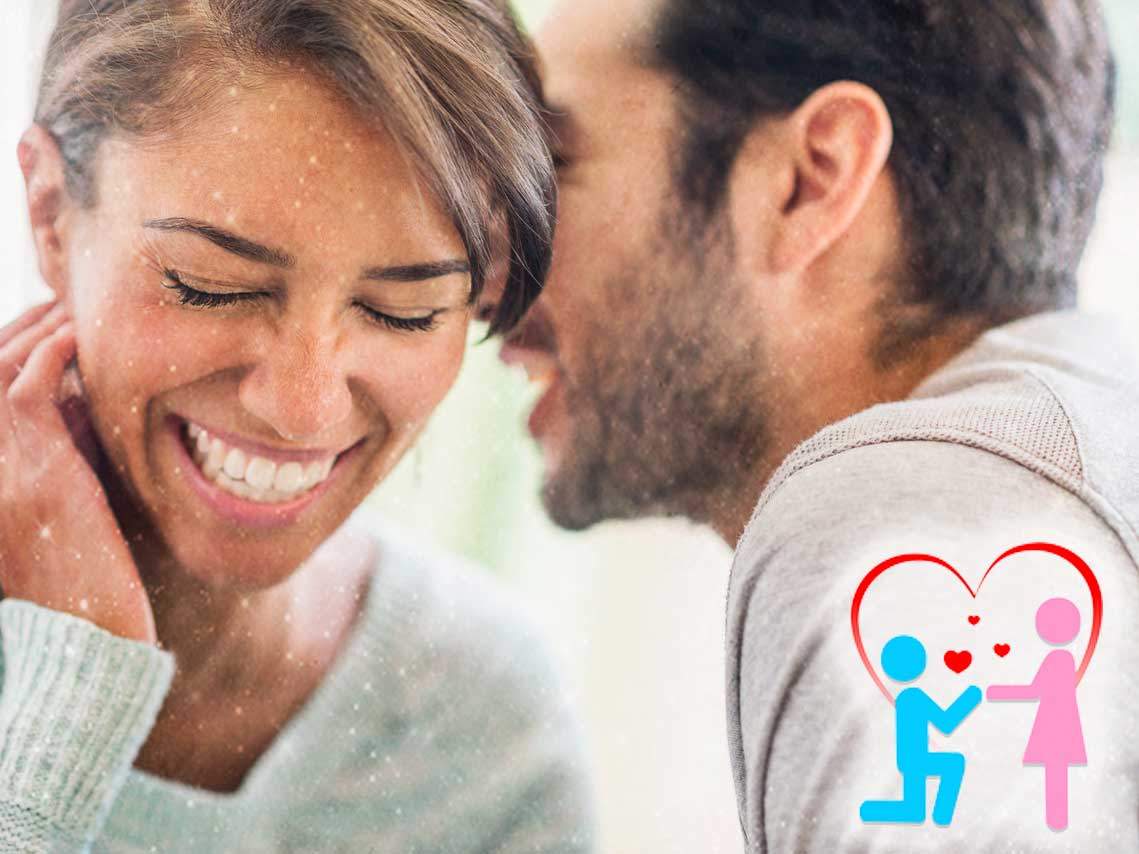 “Where do you go to get a good laugh in the middle of the day?”

What you want to discover is where he’s finding his humor and levity. It’s also a great way to find out what kind of sense of humor he has, and whether or not yours is compatible.

Plus, there’s nothing more bonding than whipping out your phone and sharing a funny video (and a laugh) with each other.

ALL guys have favorite movie lines. His will likely be more oriented toward humor or macho action stuff. (It’s what guys like!)

This will also tell you something about what he finds funny, and what he gets excited about. 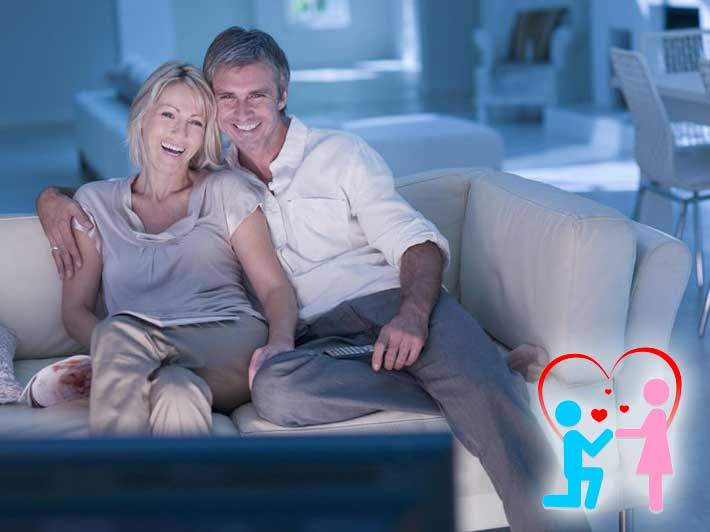 And there’s nothing more fun than trading movie lines and getting some “after-laughs” from a movie that was good. Another way to share a laugh with him – which just increases the connection.

It’s a super-fun way to bond with him.

This one is fun, and it will take a bit of thinking, but it’s another great way to get some storytelling going between you.

EXAMPLE: You want to ask him what the weirdest thing is that he owns.

“So what’s the one weird thing you own that has the best story?”

Now, it helps to have one of your own stories to offer up as an example.

Like that weird ring you wear that you won at the carnival where you had the most perfect day of your life, or some such thing. Something with more of a twisty-turny story would be great. 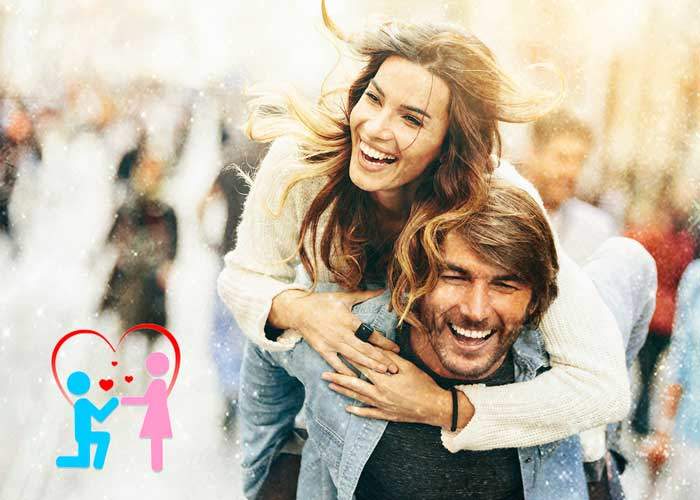 Then get him to tell you the whole story, complete with as many emotional details as you can get out of him.

This is also your opportunity to get him to tell you a story and hear how he relates to things with emotional meaning in his life. You could also just ask him for the weirdest thing he has with an emotional story attached to it.

This one is a great question to ask a guy. Mostly because every guy has read a comic book (or seen a Marvel superhero movie) and wondered: What it would be like to have that power?

So when he tells you what superpower he would choose, listen carefully, and then ask him what he would DO with that power. 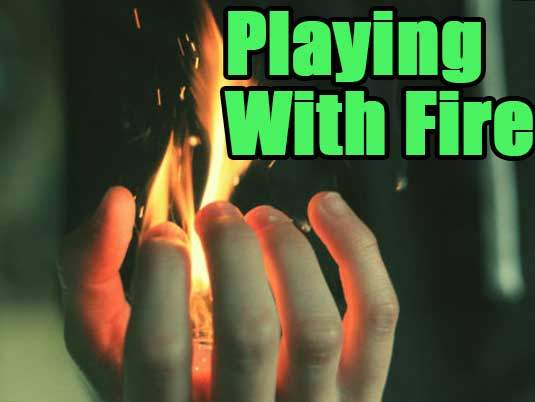 This is critical, because it’s going to tell you the most about what he VALUES in life when it comes to power. And it will tell you a lot about him just by understanding how he would USE that power.

Each of these helps you read something from him that will help you decide if he’s a good choice for you, as well.

This is one that could only have appeared in the last few years – the age of the Smartphone.

But we all have an app that we simply can’t live without – or use way more than the others we download and forget about. 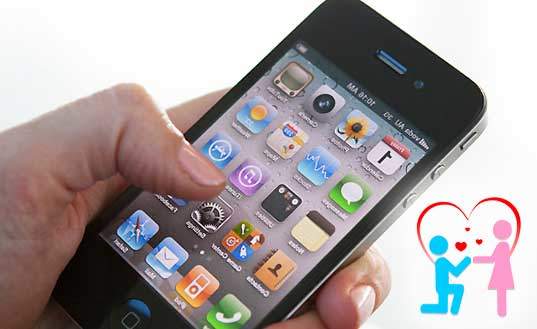 This gives you the opportunity to share a little about your lifestyle, as you’re both going to want to explain HOW this app is used – as well as why it’s so indispensable.

You can also substitute “cool” instead of ‘favorite.’ You might get more playful alternatives.

Now, I definitely don’t want you to say or text it exactly like that, but you do want to pose a real Power Question to him.

The best one you can ask – once you’ve established that this guy is worth a serious look – is this:

“So what are you doing to change the world?”

This question is probably the most powerful weapon in your arsenal to flirty-text him – or just flirt with him in person.

It instantly takes you from being just some other girl he met to being the woman that is looking for a truly special guy. Now he has something he has to live up to.

If he spends a long time thinking on this one, that’s good – because this is not a light question by any means.

You want to listen to whatever he says and see if he’s thinking big enough for you. 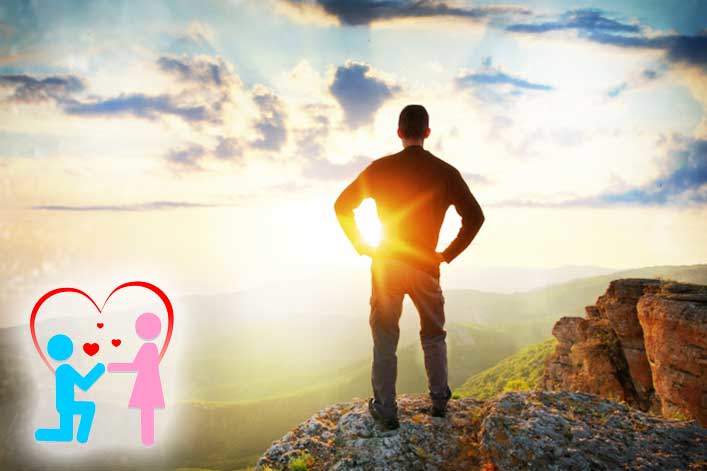 Remember also that these flirty questions are primarily a way to get more information on him so you can make a decision IF you want to date him.

These days I see a lot of people are simply going into dating with a goal to get the other person attracted to them. They’re not even caring if he’s a quality guy!

In fact, this is the FIRST concern of a lot of people – which is a big concern to me.

The first question you want in your head when you meet a guy or go on a date is whether or not he’s the guy you would want to raise your children. Even if you aren’t planning on having any or more kids, you have to think in this direction.

Anything less than that is a message that you’re selling yourself short and not thinking big enough for you.

There’s no bigger decision in your life than the man you decide to marry.

After all, marriage is probably the goal you have – whether or not you’d admit it to yourself.

Eventually, that will be your decision – if he’s going to be a good husband/father. And it’s better to start out with that question on your mind than later – when your heart is involved with him.

How would you like to know if he’s the right one for you?

The best way is to know how to connect with him – so you can know right away if he’s The One.

If you want to discover how to never let Mr. Right slip through your fingers, you deserve to know the truth about how to connect with him…