You ever met a man and wondered if he was as into you as you were into him?

How do you know if he wants to ask you out?

Men are confusing at times, and you might wonder what his behavior is trying to tell you.

Being a man, I’ve DEFINITELY had that experience of wondering if a woman was into me.

I remember dozens of times wondering about the interest of the woman I was talking to. And wondering if I should risk asking her for her phone number.

Men are first and foremost looking for signals to tell him if you’re into him. This is primarily because he doesn’t want to risk rejection. 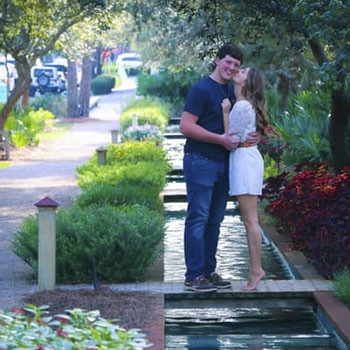 Even if it’s only for a coffee meet up, or a quick drink, it’s still the man’s obligation to express his interest – and to risk that rejection.

Women desire signals, signs, and indications of a man’s interest. In other words – you need PROOF that he loves you.

Since most men don’t overtly SAY they love you (and you might not even be able to believe the words), it’s huge.

So every desire women have for that expression of love in a relationship is simply to prove that he’s there for you.

Prove that he feels for you…

Which is why it’s so important to build up your trust bank account with a man. But that’s advice for another time – I’ll tell you more about it in a bit… 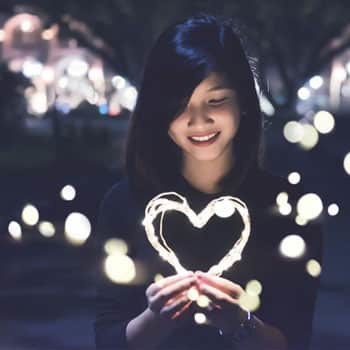 So your desire for him to show you how he feels is not just “emotional” – it’s grounded in a need for emotional proof.

Now, let’s dig into the 5 signs he wants a date – so you can know whether to not to give him more signals to “go, go, go!” or not.

He wants to ask you out – Signal 1: Watch The Eyes…

Men are visual, but also very keenly enslaved by his need to view beauty. If he likes you, chances are he sees your beauty.

And that means that he’ll be looking at you. Even when he doesn’t have anything to say. 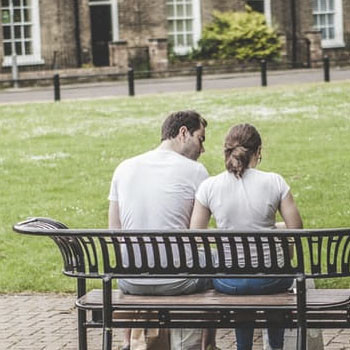 The best thing you can do in this situation is to give him a little show.

These things will be just flirty enough – and slightly titillating enough – to get him moving in the right direction.

Oh, and ignore that junk you hear online about “watch for his eyes to dilate! That means he likes you!” That’s too abstract a signal. Just look for the nature of his eye contact.

Is he looking a lot? That’s all you need to watch for.

He wants to ask you out – Signal 2: Drop the bait…

Some guys are just looking for an opportunity to grab onto so that he can ask you out. So he’ll be listening in your conversation for an area of common interest, and then grabbing on to them as common ground.

So the best thing you can do in a conversation is bring up that movie you want to see, or that place you want to go. When he talks about wanting to do that thing, or go to that place, he’s looking for your positive reaction.

Just say, “Hey that’s cool. Maybe we could do that sometime.”

That’s all the positive indication you need to give him. Let him take it from there. 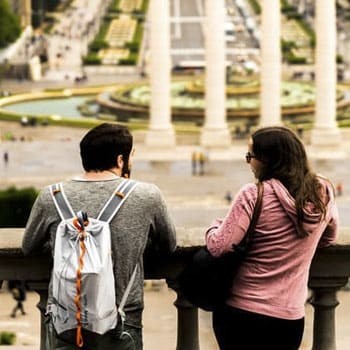 Unless he’s painfully shy, in which you can keep putting the hints out there. But never take away the actual ASK from him. You need him to do it, and he needs to man up and do it.

Forget this garbage you read about “empowerment” meaning you need to abandon your needs as a woman. Empowerment means CELEBRATING those needs.

Whoops, getting political… Time to get back on topic.

He wants to ask you out – Signal 3: He’s curious about your time…

As I said, guys want to hear interest from you in some way, to alleviate his fears of possible rejection. So he’ll send up trial balloons from time to time.

One of those test ballons is to ask you about what you’re doing at certain times.

“What do you do when you’re not at work/school?”

What he’s secretly hoping to hear from you is:

“Oh, I think I’ll be spending this weekend pretty much alone. In fact, I wish I really had something to do with SOMEONE.” Wink wink… Nudge nudge…

Please don’t actually say that… But you can HINT at it:

“Saturday? Hmmm… Not sure right now. Still up in the air.”

Looking busy does NOTHING to make a man feel wanted. If you keep telling him how busy your life is, he’ll just think there’s no room there for him and give up.

Who could blame him?

He wants to ask you out – Signal 4: Priorities matter…

Look, straight up – you want to be his priority. Right?

And if he’s making you that priority now without you noticing, you might be missing the biggest sign that he’s interested in you and wants to date you. 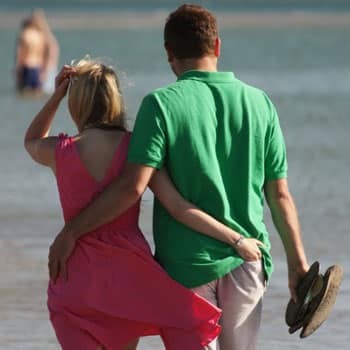 If you answer any of those with a YES, he’s into you.

Bottom line is that a man’s TIME is his most precious resource. If he gives you his time, he’s interested in you and wants to be with you.

He wants to ask you out – Signal 5: He’s curious about men in your life…

If you bring up a male friend of yours, and he asks you questions about him and you, he’s trying to figure out if you’re romantically interested in that guy. He’s trying to see if there’s a possibility for him.

Most men respect the romantic boundary of another relationship, and will not step on that.

Guys will bring up your single – or not so single – status frequently when trying to mine for info. You might even hear him assume you have a boyfriend when you haven’t said you do. 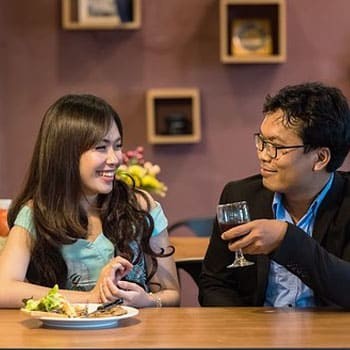 That’s him hoping to hear you say: “Boyfriend? Oh NO, not me. I’m single.”

By the way, if his male friends treat you especially well, or seem to treat you two like an item, then you can bet he’s told them of his interest in you. And that is a huge sign he wants to date you as well.

He wants to ask you out – Signal 6: Attention…

Here’s a critical one: Does he really listen to you and pay attention?

If he’s asking you questions that show he’s really paying attention to what you say, there’s a very high probability that he digs you and wants to see you.

If he brings up topics you’ve talked about in previous conversations, that’s also a huge indication of interest from him. Men take notes on your life and store them away for future use. 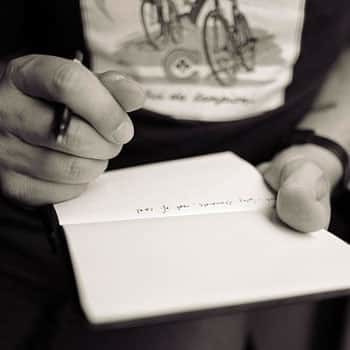 The trick of this is that if he forgets something about you, that only means that he didn’t remember it, not that he isn’t interested.

So don’t test his memory as a way to test his interest.

You’ll just have to watch for him to come up with this stuff on his own.

If he’s just casually interested, he will not pay as much attention. He’ll also be more distracted with you physically, checking you out.

But if he’s asking questions, coming up with stuff you said previously, he’s paying attention to you because he’s focused on you.

He wants to ask you out – Signal 7: Flirtatious behavior…

It really all comes down to this one “vibe” that he gives off. And it’s generally unmistakable.

If he’s digging you, he’s going to be flirting with you. And it will be PAINFULLY obvious.

Most guys simply don’t have a “subtle switch” when it comes to romantic interest.

He will tease you and flirt with you. Relentlessly…

Just like it was back in the playground when you were 9 years old.

It’s nervous and natural, so don’t dismiss it out of hand. Flirt back with him. 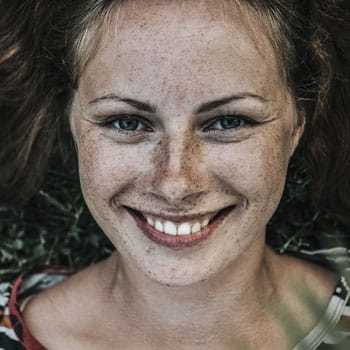 Be playful and fun, and make it clear you’re game for some Game.

I realize you might not want to “play games,” but the start of EVERY relationship is based on this most essential of games called flirting. If you try to rush past it, declaring yourself above “playing games,” you’re going to short circuit the attraction.

And then don’t be surprised if he doesn’t express that much interest in you.

Humans need this verbal sparring as part of the “attraction” juice that starts interest and desire.

To skip it because you’re “tired” doesn’t cut it. Flirting is the first step in the process of falling in love.

And nothing is as important to starting a relationship as building up your “trust account” with a man. Your trust account is the level of safety he feels around you, and it’s the ONE thing that will keep a man coming back to you again and again.

The best way you can do this is by understanding how to connect with him – and get him to feel safe when he’s near you.

Most women accidentally break this trusting connection without even meaning to.

And then he inevitably pulls away and grows colder and more distant as time goes on. Sometimes this creates the environment that makes him unfaithful to you and the relationship.

A good way to avoid all of this is by figuring out your guy’s specific connection style. Every guy has one and you need to know which one it is.

This helps you better understand how likes to connect with you and recognize his efforts. It’s surprisingly easy to miss this, but now this doesn’t have to happen to you.

Go ahead and check out this short video presentation I made. Click HERE to get started.

Here is something you can learn from too…