7 Things You Should NEVER Say to a Guy

You’ve probably heard the expression “A picture is worth a thousand words.” In a relationship however, some words can be loaded with a thousand meanings.

Sometimes, you might say things you don’t mean – like in the heat of the moment, for example.

Or you might have said something and it came out totally different from what you meant to say.

And when a woman utters the wrong combination of words to a guy, it can cut him down – or in some cases, piss him off – without meaning to.

This can lead to unnecessary skirmishes that could even explode into full-blown fights. 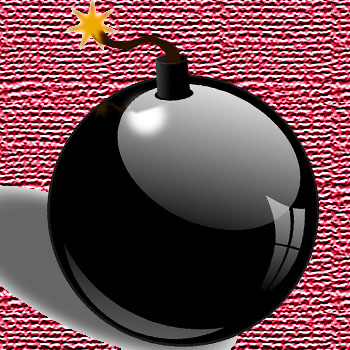 So let me help you nip these potential problems in the bud before they put a wedge between you and your guy.

Guys are hardwired in a certain way, and there are certain phrases that will simply annoy or anger him even if you didn’t mean to.

With that, I’d like to present you with the 7 things you shouldn’t tell any guy, ever:

Let me clear this up – the person you mention could be any guy that he might perceive as a threat. This includes your BFF’s partner, a co-worker or just someone you’re friends with.

Either way, if he isn’t your brother, cousin, or anyone else you’re related to, it’s best not to force the friendship on your guy this way. 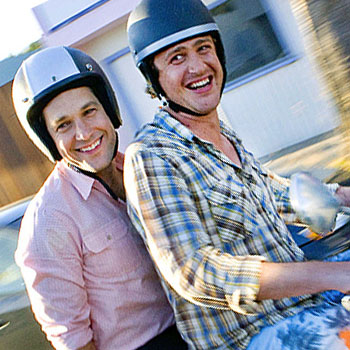 I know women who say this only have good intentions. Since they know their man pretty well, they figure he could be really good friends with this other dude.

Nevertheless, he still won’t appreciate his partner’s attempt to control his social life.

Plus, it might even make him a little jealous (or a lot!) if she speaks a bit too positively about him.

If you’re in this situation, here’s what to say instead:

“Hey babe, Lela’s throwing a party to celebrate her promotion this weekend, is it cool if we go?”

Notice that there’s no mention of your guy’s would-be buddy. The best way to bring them together is through a common event where you can make the introduction.

If they were meant to hit it off, then this is the best setting to make it happen.

So for some reason, jumping in the sack with this guy didn’t live up to the hype.

However, it’s STILL a horrible thing to say to a guy you’re going to bed with for the first time. 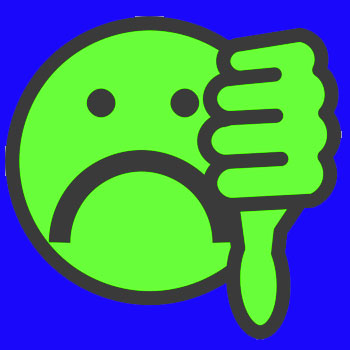 Whether you just wanted to be Friends With Benefits or had something more serious in mind, your guy will be just as emotionally invested.

So, letting your disappointment slip out like this will still wound his pride no matter what.

If things went REALLY bad and you have to say *something* to fill in the awkwardness, just give him a little reassurance that you’re cool with it. You can always kick him to the curb later.

But avoid any criticism – let’s face it, you’d get hurt too if HE said something awful at this crucial moment.

Besides, if you don’t have any plans to hook up again, would your brutal honesty really matter in the long run? He probably won’t be changing his habits from your comments. 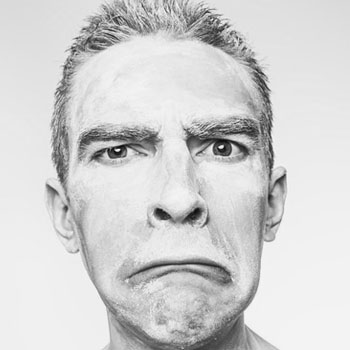 And if you do plan to go out in the future, there will be a time and a place to talk about your little bedroom SNAFU (i.e. not in the middle of the act). If he’s salvageable, just make it a point to help him past the rough spots later.

Hurtful phrase #3: “Are you really going out in THAT?”

Look, most men aren’t likely to be as fashion savvy as you or your girlfriends. That’s a fact of life.

If his choice in clothes is a little too tacky for your taste, fight the urge to sound critical of the way he dresses.

He might not be as “enlightened” in fashion as you, but he still takes pride in his choice of wardrobe. 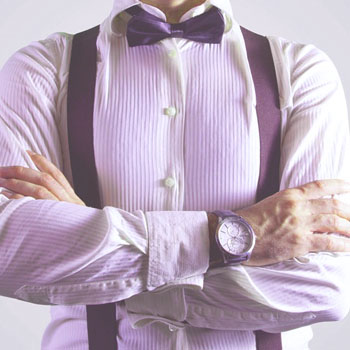 I don’t care if he’s the toughest guy around. If you approach his fashion choices too harshly, it can wound his ego. And yes, men’s egos are a bit on the fragile side.

Remember, words matter because they’re coming from YOU, his partner.

Gentle is the best way to go about it. The next time your inner Joan Rivers feels like speaking up, don’t say anything AT ALL.

That’s right – there is no diplomatic alternative to mocking his outfit.

The best thing to do is slowly upgrade his wardrobe, one item at a time. It’s a longer route – yes, but it’s worth it.

Make an excuse to take him out shopping. For instance, maybe you wanted to get something for yourself while you’re out with him, and then you “accidentally” pass by a men’s store with some great jeans or whatever.

Remember, subtlety is key. Don’t be pushy about it and don’t get him an entire wardrobe in one shot.

For one thing, we’re genetically opposed to lengthy bouts of shopping. Plus, we’re not really comfortable with such a drastic overhaul. 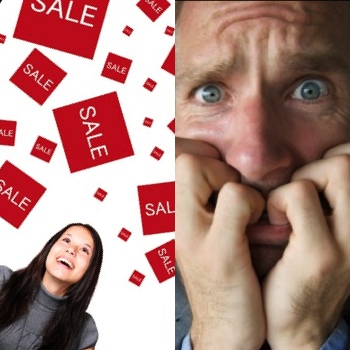 Do it every 1-2 weeks so he can gradually step out of his fashion comfort zone and open himself up to other options. Who knows, in time he’ll finally ditch those sloppy 90’s embroidered jeans and opt for a modern, straight cut instead.

Or whatever is in style… 😉

Argument Trigger #4: “Can you just chill out? We’re not THAT late.”

Honestly, this particular one used to bother me in the past. Think of this as the male equivalent of “Calm down” or “Relax.”

It creates the exact OPPOSITE effect. If the event you’re going to is important to him, treating it like it’s no big deal will just make him even MORE flustered. 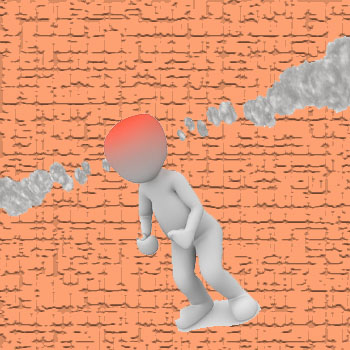 Trust me – you might as well ask him, “Why are you upset in the first place?”

The next time this happens, here’s a better alternative for you:

“Sorry, honey (or pet name of your choice)… I know this matters to you. I’ll make sure to remember that.”

Just like you, it’s a huge relief to your guy just to acknowledge that he’s upset. It takes the edge off, so slip this in when something’s annoying him. 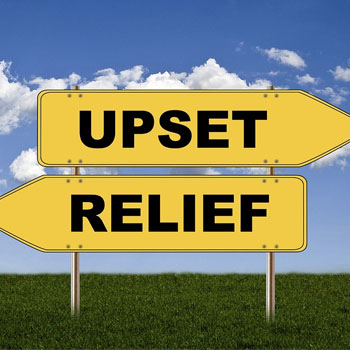 And when you tell him that you know it’s important to him, you’ve put in the effort to see it from his perspective – which is HUGE.

Oh boy… we’re going back into the sensitive zone of the bedroom.

Like I said earlier, there really isn’t much room for criticism when it comes to bedroom matters.

There might be times when he’ll take too long to finish because things got a bit stale mid-stream. Or maybe you’re with a new guy and you’re not really sure yet where his threshold is. 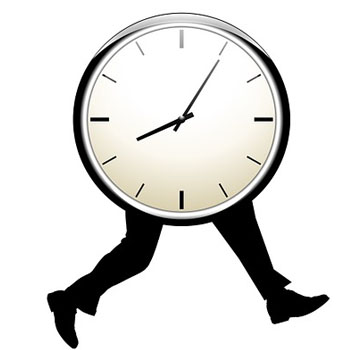 Hey, it happens. Either way, reserve your commentary for a post-game discussion, i.e. LONG after you’re both out of bed.

If you tell him this while you’re in the thick of it, it’s NOT going to improve the situation.

Instead, put a sexy spin on it.

Say something along the lines of “You’re so close now, aren’t you?” to give him a little encouragement. If you’re ever so inclined, you can also throw a little praise his way by commenting on his strength or size.

After all, he might just need a dash of R-rated (or even X-rated) talk to push him over the edge.

I can’t believe you said that #6: “Are you going to get that raise/promotion soon?”

This one’s for couples that are living together. Maybe he’s not earning as much as you’d like, especially with the bills and what-not.

I get that. However, when he feels like he’s getting more pressure from you than support, it can bruise his self-esteem. A man’s providing power is a sensitive zone. 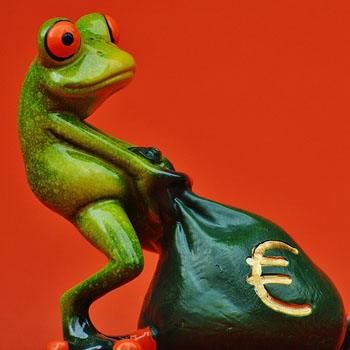 Most men are raised with the mindset that they should be providers, so their masculinity is heavily linked to their financial capability. Naturally, it’s hurtful for our girlfriend or wife to criticize this part of ourselves.

He might fire back and act defensive, which will only start a back-and-forth cycle of arguments.

I’m guessing that’s something you want to steer clear of. As such, there’s a better way to handle things if you see that he’s stuck in a job with no growth and no pay raise in sight.

You could gently suggest other job opportunities that will make better use of his talents AND offer a better paycheck. At the same time, be supportive while he’s in his current job.

If you’re stressed out that your combined income isn’t enough (hence the paycheck question), work out your monthly expenses. Then you want to express your frustration at making the “math work.” 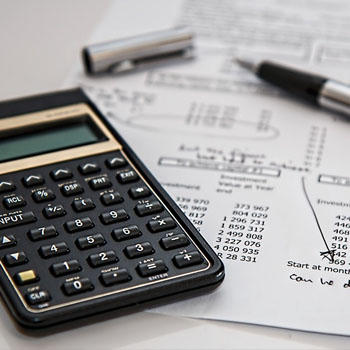 This gives him a problem to solve. And a challenge for you overcome as a TEAM.

By the way, it’s totally different if you’re just going out with him and aren’t sharing the same place. In that case, you aren’t entitled yet to ask him about his salary at all.

For the women who’ve more or less settled down in a serious relationship, you’d best not make your guy think that you’ve given up your “fun-loving” side.

People change over time, and I’m not saying your definition of fun shouldn’t change as well.

Maybe watching a concert ’til the wee hours of the morning is no longer your idea of a fun night. That’s cool.

All I’m saying is that you don’t need to tell your guy you’ve totally closed that chapter of your life. If you do, he might think being in a relationship with him has turned you into a boring shadow of your former self. 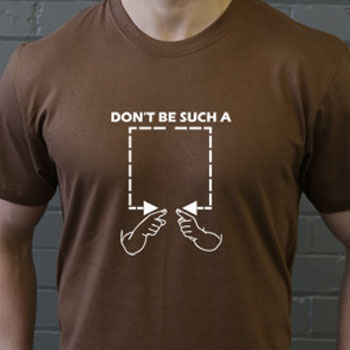 That’s not exactly an exciting thought for any guy.

Instead, you can suggest that you’ve just decided to dial it down a few notches…

…but there isn’t any reason you can’t go back to your old ways once in a while.

If you want to do other stuff now, it’s better to talk to him about that instead. Bring up the events or places you’d like to check out, like an indie movie screening or maybe an art show opening next week.

Focus on the now, but don’t shut out your past completely – or your occasionally unpredictable side. 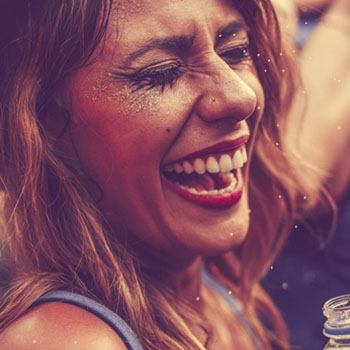 When you suddenly get the urge to watch some new band in town and have a few drinks like before, don’t fight it. You just might be surprised how much you missed doing a bit of hell-raising.

While these are the top things you shouldn’t tell your guy, there are also plenty of things you SHOULD tell him too.

For instance, did you know that the right words can convince a guy that you’re his soulmate?

I know that sounds pretty incredible – maybe even too amazing to be true. But I’ve just put the finishing touches on a brand-new course that teaches you how to do this.

You see, guys have certain switches in their head that will make him decide if he should move forward with you – OR without you.

As I’ve shown you here, the wrong words will flip the “bad switches” – and the right words will trigger his desire to commit to you forever.

If you’d like to discover how to make your man choose you as his soulmate, you can click HERE to find out the Secret of Soulmates.