When I was 16, I was already wishing I had a manual on relationships and dating...

Life would be so much easier if you had a simple "owner's manual for men," right? 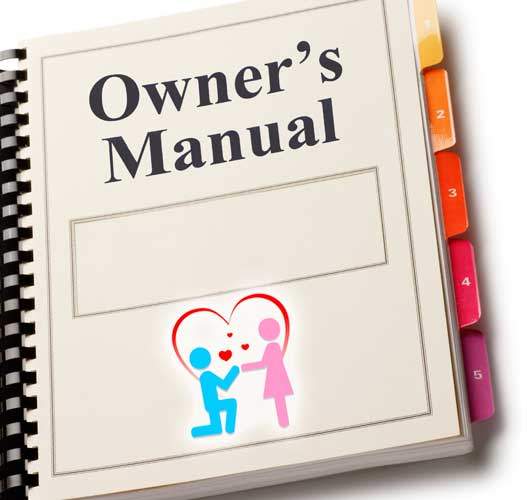 Relationships would be so much easier...

Well, I'm going to give you a few pages of that owner's manual here today, some powerful advice on guys that any woman can put to use right NOW.

And this isn't that "magazine rack" trash you see at the grocery store checkout. This is the juicy fun stuff!

Just a side note that a good friend of mine sent me a story today about a cult in New York that brands - yes, brands with a hot piece of metal! - their members. And they also believe aliens are in control of your love life.

When you hear stuff like that, you have to realize that people are desperate out there. Desperate for answers... desperate for a feeling of control over their lives.

And THAT is what keeps me doing this dating and relationship advice gig - 16 years later...!

Now, let's get started with:

Look, the one thing that might tempt you is to ask a guy why he does the stuff he does. It might be SUPER tempting.

The reason is fairly simple: We think we're rational creatures making decisions from our "logical brains" - but we're not doing that at all.

We all make decisions from our EMOTIONS first. Then we back them up with logic to make them sound good.

Ask a guy why he bought his current car. Go ahead. 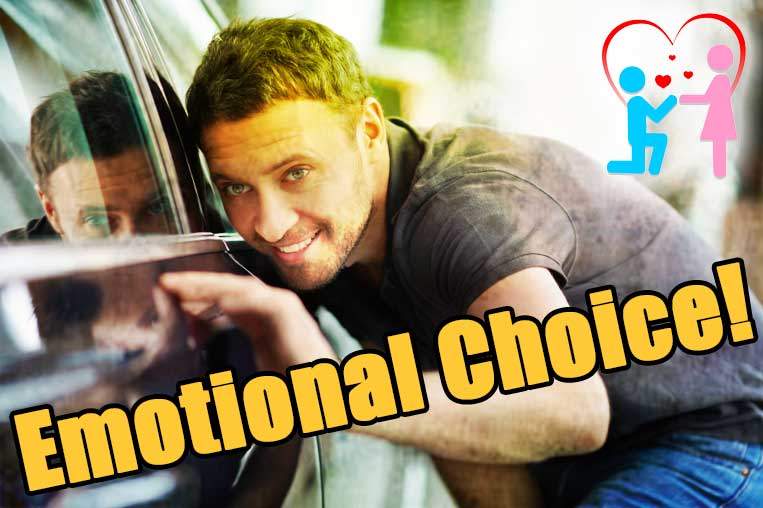 Surprise! Men have feelings, too!

What he won't tell you is that he was SOLD that car by someone at the dealership. He probably didn't even want that make or model at first, but then he wound up paying $10,000 more than he planned because he liked the status and prestige of owning it.

THAT is what the salesman appealed to...

And the possibility that women would find it hot.

So when you ask a guy why he pulled away from a woman, he'll tell you all kinds of things. But the one reason that you probably won't hear is that he just felt an emotional repulsion that he HAD to obey.

No guy wants to admit that he doesn't know why he did what he did.

Most women don't want to, either!

So we invent convoluted stories about why we did this or that. The scientific term for this is CONFABULATION.

When it comes to understanding why someone did what they did, sometimes you can't ask that person. But what you'll get is just more confusion. They don't really know!

Which makes things HUGELY frustrating when you're trying to understand men.

Don't worry... I'll clear up some of this for you.

On to the next: 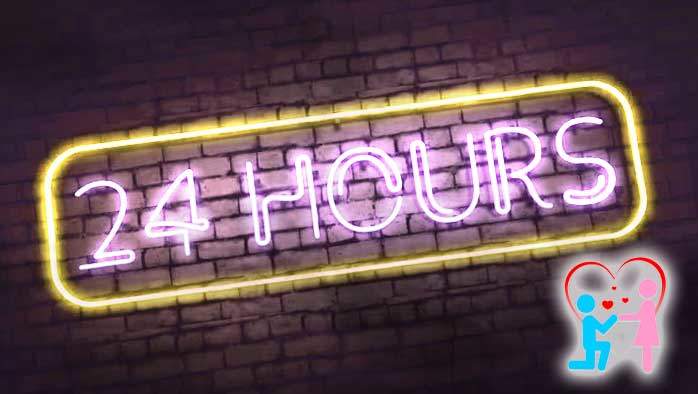 This is one rule of dating that women everywhere need to take to heart.

Sometimes it's easy to let a man - YOUR man - really get under your skin. For example, he might not have responded to your 8:30 AM text yet... and it's nearly lunchtime!

Before you can make ANY assumptions about what's going on, you need to obey my 24 Hour Rule:

The 24 Hour Rule: If he's broken his routine - for any reason - you must wait 24 hours before you take any action.

The reason for this is pretty simple: There will be times when he gets distracted by life, and doesn't do what you expect him to do. When he does disappear or act weirdly, you can't jump to conclusions about the reasons why.

Because if you do suddenly panic and leave 10 messages on his voicemail (watch the movie "Swingers" for this... it's priceless), he's going to think you're a lunatic.

The 24 hour rule ensures you don't make this mistake and tarnish your relationship with a gallon size jug of cRaZy.

Wait, and see. Chances are, his life just experienced a slight hiccup. And you don't want to misunderstand and accidentally push him away.

Okay, I'm going to get a lot of angry emails on this one - but this is really important:

Don't pretend your man is a woman.

And this may sound like common sense, but it's one of the first things I have to remind women when I'm coaching them.

If you owned a Honda Civic, would you be going off-road with it? Four wheeling?

Would you be street racing with it?

You don't buy a Honda Civic to do anything but get good gas mileage and have a fairly reliable car. It would seem really stupid to expect anything else.

But time and time again, I hear about women that want their man to 'cry with them during sad movies.' They want him to enjoy tragic movies and angsty TV shows, which is NOT something men enjoy.

NEWSFLASH: Men say we like emo films and shows up front because we want to have a shot at sleeping with you - and seeing if the relationship will go somewhere. It's just like when you say you like action movies, or video games, or sports - when we KNOW darn well you don't.

And honestly, you don't WANT your man acting like a girl. Otherwise, you'd just date women. It's a man's masculinity that attracts you.

It's the polarity of his sexuality that creates attraction!

So don't treat him like a girl. He's a different kind of toy.

Go get girl stuff from girls... 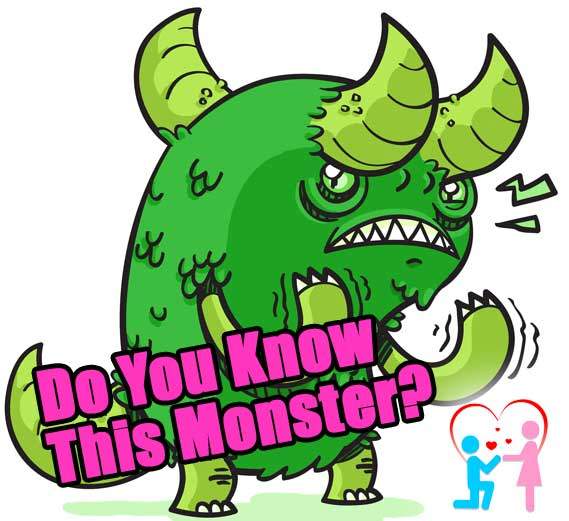 Say 'hello' to my little friend!

You know which monster I'm referring to, right?

It's huge, and it can ruin your relationship in just a few careless sentences. You have to keep a tight rein on your feelings of jealousy.

Men are very keenly aware of your ambient level of jealousy with respect to other women. Most guys like a little jealousy, because that shows you're into him. It validates our ego.

But if you go a bit too far, you'll look insecure. And that's UN-sexy to most guys. Which is why you have to control that green-eyed monster at all costs.

You may also have heard this argument over whether a man can be "just friends" with a woman.

But it's not something that should be the regular pattern in his life.

If he's got more female friends than male, you have to ask yourself WHY.

One or two female friends are not something to worry about. (Unless she's obviously a flirty bitch that might have designs on him. In which case, you need to give her a little - ahem - "education" about how to make some 'smart decisions' in the future.)

Stuff like that can send you reeling off into the jealousy zone faster than a trip to a local gentlemen's club.

So just keep an eye on that kind of activity... 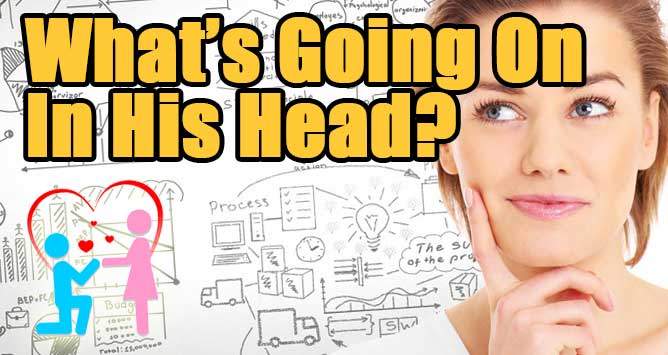 Above all, you have to appear as if you've got your $#%@ together to him. It's imperative.

FIRST of all: Men are watching you to see if they can feel confident about your ability to raise his children.

This one is off-the-charts big time stuff... If we don't feel pretty sure that you're a "together girl," we'll stay with you - but we'll keep our eyes open for a better prospect.

(Yeah, the same way many women will stay with a guy until something better comes along...)

SECOND of all: Men want to see if YOU are in charge of your own self esteem.

Most women downplay compliments and their own strengths. This comes from deep cultural programming you likely got from other women throughout your tweens and teens. This programming told you that if you try to stand out or stand up, you'll get squashed back down.

Smart Girls know that men LOVE this kind of confidence. If you can talk about something you're good at with enthusiasm to him, he'll be turned on faster than the lights after a late night horror movie.

Being a Smart Girl™ means knowing how to show him the signals he's looking for.

You see, men are more savvy than most women know. You might mistake us for sex-obsessed pervs, but we're actually operating according to a mating program that was installed in us at birth. 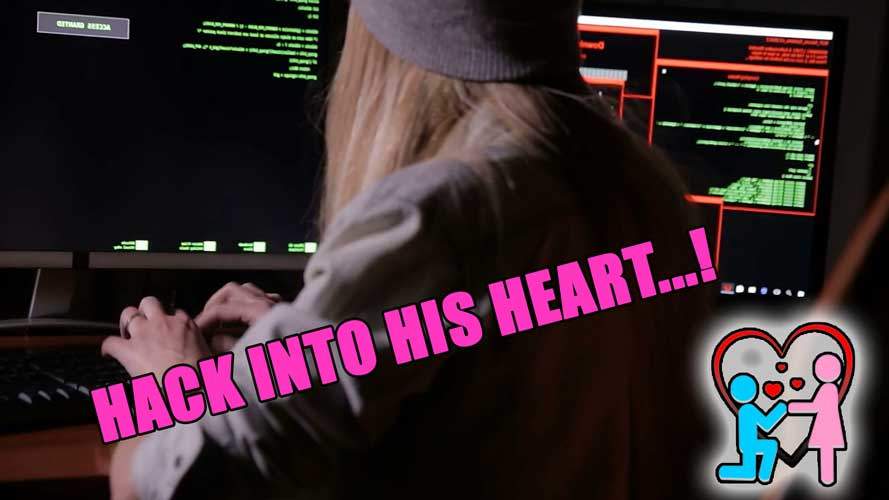 You can break into his heart with almost no effort, if you know what buttons to push, and what words to say that will flip his Obsession Switch.

Do you want to know how to get into the "guy program" in your man's head?