I'm here to give you the best dating tips and relationship tips - from a man's perspective.

To get the kind of relationship that really completes you, you have to be smarter than the pack, m'lady. You're going to have to know the stuff that other women only THINK they know. 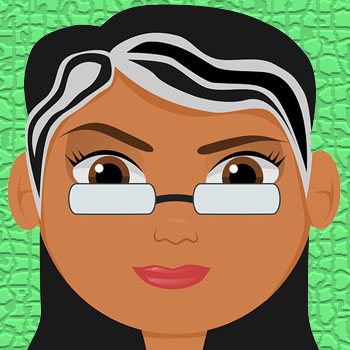 Its time to show you 5 relationship tips that most women don't know.

And even if you think you already know this stuff, take a few minutes to review this advice.

Really ask yourself if this is the way you're approaching your love life.

Love isn't complicated, or painful if you know how to navigate the currents.

Let's drop the first bomb with:

Relationship tip 1: Recognize that your relationship is going to go through stages.

The first is the crush stage. You know, when everything is awesome (go ahead and sing it) and it seems like this is IT.

But then the next stage comes along: The Bliss of Connection

Then comes the Rude Awakening - your first disagreement, and hopefully your first makeup sex. You discover that this is another relationship, for better or worse - it's really just different.

The next phase is the Shaping phase. This is where you start to mold into his expectations, and he's doing much of the same, as you figure out how to make it a relationship with a capital R. 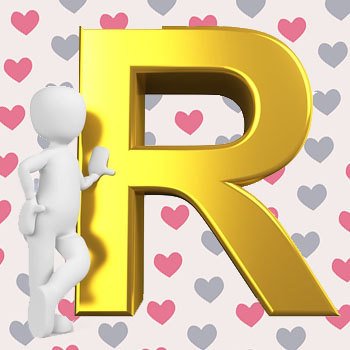 I won't go through all of the phases here, but it's important to realize this progression exists in a relationship so that you don't let any one of them fool you.

When you're a teenager, you get fooled by romance much easier. But the mark of maturity is knowing that these phases are waiting for you in any relationship.

It's up to you to handle them.

And that leads us to

Relationship Tip 2: Use the Force, Leia.

The truth is that a guy is deeply influenced by his peer group.

He's going to heed advice from his friends and other guys in his life. Which means you want to be in good with them.

Yup, you're going to have to make sure the dudes like you.

Now, this could be a problem if you.. uhm... don't like them. Or they're douchebags.

In which case, you might want to seriously re-think this one.

Especially if you decide to try and pry him out of their clutches because of the negative influence they're having on him.

But that also brings to light another set of complications that could haunt you. 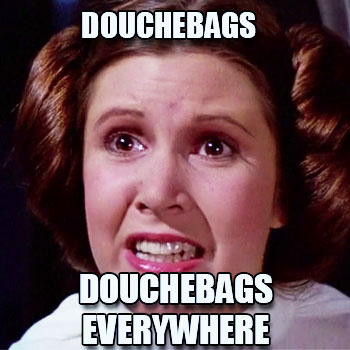 So remember the power of the Force among his friends, and use that to decide whether or not he's really the guy you want to invest this kind of effort in.

You have to realize that a man is driven by two forces in his life:

His sex drive is the fuel of his ambition and momentum in life. 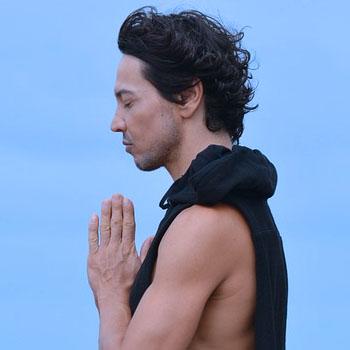 So what does knowing this do for you?

It helps you to help him get what he wants.

Which, in turn, helps him to help you get what you want. And everybody wins.

If you keep him satisfied sexually, you will find that you can break down the barriers with him emotionally that make you feel at a distance.

It's when a man feels sexually "cut off" from his partner that he's more likely to pull away to protect himself.

Men already feel "controlled" by sex to some degree. We feel our sex drive is a powerful force that pushes us - which it is.

But we also feel that women can control us with this sex drive - and that's scary to a man.

It feels like a sacrifice of freedom. Which is also what scares us out of relationships entirely. 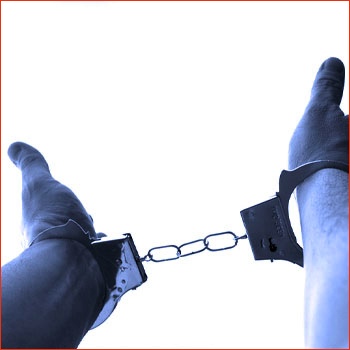 So keep those drives in your head at all times when it comes to dealing with him. No, they are not necessarily your primary drives.

But if you understand, love, and accept them within him, you will find your relationship will flow like a river.

And this brings me to the next

The pattern I see with many relationships is enough to give anyone heartache.

Almost all relationships come together with a positive vibe to them. It's love, lust, and all the delicious chemicals of attraction - so how could it be anything else but positive when it's romance?

But after a time, some negative stuff starts to slip in. 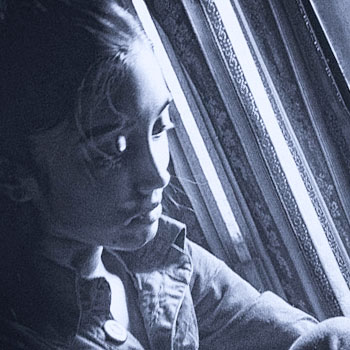 It could be that feeling of disappointment that the sparks and fireworks of new romance have to die out, or it could be that part of us that expects maybe too much from a relationship.

Whatever the reason, a certain level of disrespect and negativity creeps into the relationship. It could be an eye-roll here, or a sarcastic comment there.

And it can create an atmosphere of anger and resentment if it's left unchecked.

Have you ever spent time with a couple where they just seem to be together because they're barely tolerating each other? It's not fun.

In fact it's a torture to hang out with couples like this, and we start to avoid them if we can.

I believe that this negative attitude gets into our relationships mostly because we start to look at the opposite sex as an adversary, instead of someone who's also on our side. 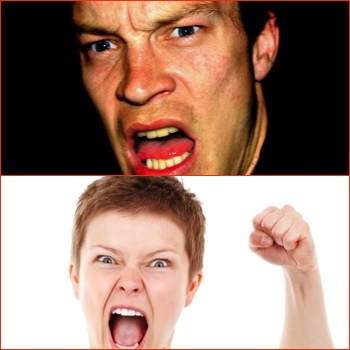 We all want to feel accepted and loved at heart.

And when the other person uses a different means to get that feeling of acceptance and love, we see it as "Hey! You're blocking me!"

Instead, you have to put aside your immediate need to get your needs met and remember that he's not blocking you intentionally.

He's just got a different method of relating to your experience. It's not an experience he shares.

The more you feel the desperate craving for love, the harder it often is to put aside your own point of view to see his perspective. And that neither men nor women are the enemy.

Just two factions that have a communication gap to overcome. 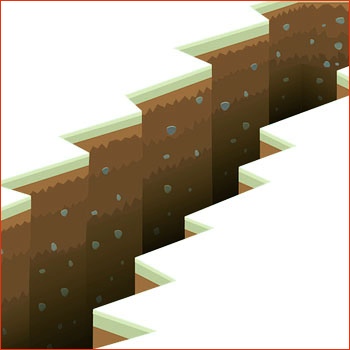 Men and women don't think exactly alike, or function in relationships alike. But the cool thing is that - with a little patience and understanding - you can discover this common ground.

And even though you should be working at all times to get closer, you should heed my -

This one feels a little counter-intuitive, especially if you are desperately trying to pry your way into a man's heart - but it is one of the most effective strategies a woman can use.

In fact, it's the only one that REALLY works to make him want you.

It's easy to lose sight and think that weaving your life together with his is the way to get the love relationship you want.

Unfortunately if this is done wrong, it can scare a man.

That feeling then can turn into a panic that he's losing his freedom instead of gaining a loving partner. 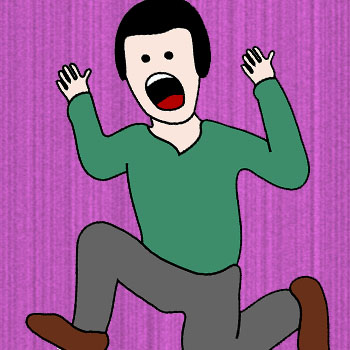 The next step is for him to run away. And he won't even know why he's doing it.

If you want to avoid that cold distance with him, you have to let your relationship breathe.

What I mean by this is to give your relationship moments where you push "apart" for a while.

Or at the very least, keep some separate routines.

Let me give you a quick example with something a lot of people do:

When you first start seeing each other regularly, and you get into that groove, you'll want to start leaving things over his place to "stake your territory."

That's fine, but wait until HE asks you - or he buys you your "stay over" toothbrush.

The idea is to actually be a little LESS eager to jump right in and mix your lives together at first. This gives him room to breathe and the space he needs to not feel like he's being run over.

And yes, even after you're married you'll want to keep some pockets of "separation" between you. This shows him that you've still got your own boundaries - and your own life.

Too much overlap will actually work against intimacy with a man. 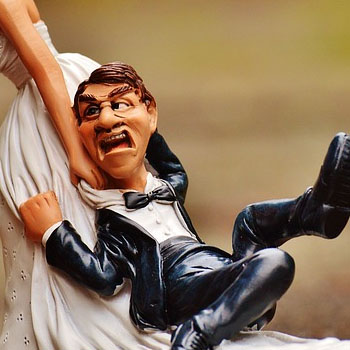 Of course, connection is the goal, right?

And if you want a guy to want to make things "official," and you want him to take the next step of commitment, you have to know what a guy needs.

What makes him ready to really connect at a heart-to-heart level with you...?

What makes him desire you, and bend over backwards to please you?

You can find out by clicking HERE - where I'll explain the "code" that makes a man commit to you.