Are you just his BTN?

Are you just his BTN? Better than Nothing?

I assume you want more from your relationship. Stick with me as we go through this -

Hi Carlos. I have Purchased your program recently and have been steadily going through the modules. I want to know how to apply it with my guy.

Well... I got him to commit once we were together for over 3 years before we broke up (during this time he dates another women)..... a couple of months later we were back in communication and fell back into the chase period ( attraction phase) of a relationship.... Him chasing me and spending time with me etc. it felt like the start of our relationship all over again and I was very happy. 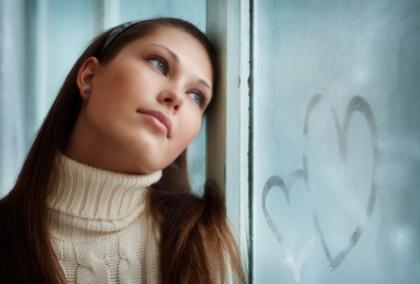 Well after a mutual conversation about maybe just being exclusive to one another, things went bad..... We had an argument and since then it's been very up and down he comes closer and then pulls away for weeks at a time.... In turn I pull back but this has been going on for a couple of months now.
I don't know what to do... He does run marathons (only recently) so I'm supportive, but I'm finding it hard to just be there when he needs me as he tend to pull away from me again. I don't know of I should just quietly go about my business, say something, or really put the fear of loss in his mind.
- Karen
______________________

Unfortunately for me, I can't know enough detail about your situation from a simple email to always be able to point you in a certain direction.

However, it's enough sometimes to know what the pattern is and the dynamic you've got.

After all, when we talk about our relationship situation with another person, it's always coming from our point of view. Not that we're deliberately misleading, but that we're always filtering things through our own reality.
There's a saying that goes...

There are three sides to everything: Yours, mine, and the truth.

The problem with being the gal that's only there when he needs you is that he starts to think of you as playing that "mother" role. You're fulfilling an absolutely essential part of a relationship with him, to be sure.
BUT he's not getting the sexy vibe of the woman that keeps him feeling white-hot attraction to him, too.
What happens in these situations is that you fall into being his "BTN."
BTN = Better Than Nothing!
Which simply means that he keeps you around because he...
A) doesn't want to be alone
B) probably has feelings for you, but there is something sabotaging that strong sexual attraction...
And, unfortunately, C) because he hasn't found anyone else yet.
Hey, before we get all angry and start throwing wet biscuits at this guy for being such a jerk - remember that YOU have probably had a BTN or two in your time of dating.
(We've all done it, even if we wouldn't want to admit it.)

If he's in a cycle of "come closer, go away," there's usually a reason.

The popular explanation is that he's "commitment phobic." Which, if you've reviewed my video on the 3 stages of commitment, you know is a load of crap.
You see, what happens is that when we don't keep the level of gut attraction up high enough, we fall into a bad cycle of trying to make the other person respond with that "zing" charge of attraction.
When we push someone to want us in that gut-level attraction way, it never works.
That feeling is created by the natural "supply/demand" of being around you, and feeling prized. (These are concepts that I cover in the Forever Yours program in much more detail than I have space for here...)
So if you're finding that a man is pulling away on a regular basis, the good news is that he's feeling enough desire to come back and keep trying, but the bad news is that he's not getting that correct "vibe" from you that tells him he should keep chasing you.
Here's what I would do, based solely on what you've told me:

I know, heresy.
But here's the deal: if you keep being there for him, he'll never get to fully appreciate what he would lose if he lost you.
And you know he has to feel that every so often. Human beings DO NOT APPRECIATE things they do not work for, and do not - on some level - understand the pain of loss.

Yep, what he needs to do is service YOU a little. Just make a simple request of him.
Maybe it's being picked up after a trip.
Maybe it's grabbing something for you from the store.
Maybe it's helping you move a couch.
Whatever...
Just make a request of him and see how he handles it.
Don't worry if you're "troubling him" or being "inconvenient." That's all horse-puckey, as my country friend used to tell me.
What we're doing here is A) testing his level of connection and seeing if he's still there for YOU.
And B) He gets to live out his proper masculine role of solving a problem and helping you out.

Later on, he'll go back in his thoughts and justify his actions with: "Hmm... I helped her out. I must still really dig her."

And if you don't call him for a few days after, you'll have turned him back into "chase mode." Which - if you understand how men work - is exactly where he needs to be.
And until he finally gets down on one knee and says the words you want to hear, remember that he is still just auditioning. You don't have to commit to him completely until you know he's "The One" for you.
If you're reading this right now and want to understand how men really thing - and what men REALLY want - then you owe it to yourself to watch this short video explaining the truth about why men commit - and what he really wants in the woman that he chooses to stay with FOREVER...
Go here now...
Yours in Perfect Passion...
- Carlos Cavallo
UPDATED 9/23/2021