How To Stop Him From Losing Interest In You

Have you ever worried about him getting bored? Would you like to know how to stop him from losing interest in you in your relationship?

Stay with me here and I'll explain how this works with men. How to stop him from becoming bored with you.

Here’s a typical dilemma that a lot of women face: When they’re out with their friends and family, most girls are fun to be with and never run out of stuff to talk about.

When they’re with an attractive guy however, they turn into this sheepish version of themselves, unable to get any decent chit-chat going.

What happened to that funny, interesting woman?

Well, triggering attraction during a conversation isn’t really taught to us growing up. It’s just one of those social abilities that we develop along the way.

Fortunately, I’m here to give you the inside track on guys and how to communicate with them.

Let’s go over some vital tips to make you better at conversations. 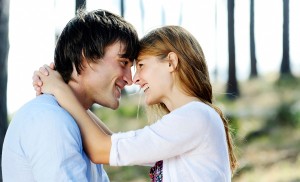 Make Him Feel At Ease

The first thing you need to learn about guys is that they communicate differently from women. I noticed that women gravitate towards topics that are rich in emotional detail.

For the most part, they’re interested in highlighting stories with how they felt along the way.

For example, you might describe getting a flat tire as the time when you got “really upset” because you were already running late. But then, you ended up “feeling like a million bucks” after you changed the tire and still had time to spare.

If the same thing happened to a guy, he’s likely to leave out what he felt.

He’d rather get into the details of how he put in the bolts even though his hands were slippery from the rain, or that it only took him a total of five minutes despite the weather.

To really connect with a guy, you need to learn how to relate to him on that level. Ask him about the details while he’s sharing his experiences, but not so much on what he might have felt.

This way, it will seem that you just "get" him even though he can’t quite explain why.

Focus on Giving, Not Taking

A lot of my clients deal with conversational anxiety, which is basically a phenomenon that winds them up so tight that they feel like snapping at any moment.

The telltale signs include quick or jerky hand gestures, talking too fast (like they want to get all the words out in one go) and above all, hogging the conversation.

That last symptom often comes from the fear of letting awkward silences creep into the conversation.

It’s like they’re compelled to fill in those gaps, making them talk and talk without giving the other person a chance to contribute to the conversation.

It’s not that they’re doing it on purpose, but they’re so anxious that they’ll jump on any chance to talk so guys won’t think they’re boring.

The best way to avoid this problem is by simply pacing yourself. If you feel the urge to go a hundred miles an hour, take note of what’s happening and scale back.

To keep the flow going, don’t forget to ask him what he does when he’s not working or what was the last good movie he saw. Give him a chance to keep up with you and make the conversation a two-sided affair.

It’s a like dancing – to keep the rhythm nice and smooth, give him a chance to reciprocate. It’s a back-and-forth exchange, so he’ll be more invested in the conversation when you throw him something he can work with.

Let’s face it: talking about yourself non-stop is a snoozefest!

It’s more flattering to a guy when you actually care about his own stories and opinions on matters that are important to him.

Make him feel like he’s the only person in the room, and he’ll find you more and more irresistible by the minute.

A Little “Self PR” Never Hurt Anyone

Ok, while I said you should let a guy talk about himself, don’t downplay the details of your life when it’s your turn.

A common fear many women have is that talking about their own lives with enthusiasm will make them look self-absorbed. Don’t fall for this.

That would only happen if you hogged the conversation, and we already took care of that.

That’s why you shouldn’t skip the interesting details of when you went snowboarding for the first time by yourself for the heck of it. Or maybe when you talked yourself out of a traffic ticket using your persuasive powers.

Learn to embrace the wonderful little details that make your personal experiences memorable. This information will give him an idea of what a fun girl you are.

In other words, don’t sell yourself short. Convey the feeling of what it’s like to live an exciting life, and he’ll be attracted to you without even knowing it.

I did say earlier men are more into details rather than feelings, but once he’s warmed up to you, emotions will have its place in the conversation.

You know you’re an interesting person, so you need to “market” yourself accordingly.

And that’s really what connecting with men is all about – letting them see the different sides to you. The more you project yourself as a well-rounded, balanced woman, the closer you’ll get with him.

By the way, you’ll also want to learn a guy’s Connection Style while you’re at it. Learning this simple skill on top of being a good conversationalist will accelerate your progress with men.