It's how we feel validated by the people around us. It's a way to know that you matter.

And we also want to know that we are attractive to other people. If we're not getting noticed, we're not feeling attractive.

Which is why you sometimes want to make sure the other person is noticing you, and you'll do almost anything - including embarrassing yourself - to get it. 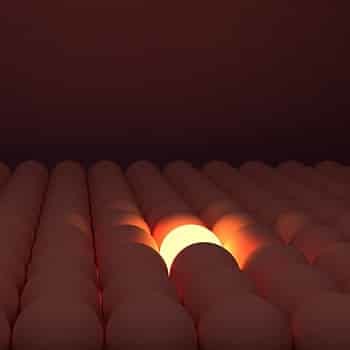 How do you stand out and get his attention? Let Carlos show you...

Which brings me to another point about men's attention:

The Bait You Use Will Determine Who You Attract

Some guys are very drawn - almost compulsively - to sexual appearances. These aren't always the guys you want to approach you and talk to you.

One of the complaints I frequently hear from women is that men are "superficial."

But the truth is actually far different...

He IS more interested in sex up front than you are. But that doesn't mean he'd just marry you because you'd boink him.

Yes, a man has sex on the brain ALL THE TIME. It's part of our BIOLOGY - not just some "perverse" desire on his part. 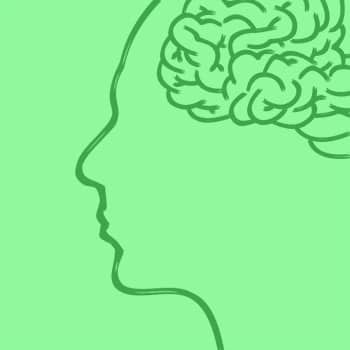 (Yeah, I also hear from women that don't really GET men - their mom's just didn't teach them the truth. These women sometimes think that guys are wrong or deviant for their natural biological imperative. Be careful about falling into this trap!)

If you KNOW this up front, you can be more forgiving with him. It's a little like handling children.

Example: Every single day my kids know I'm going to tell them to clean up their room and go to bed at 8:00. This almost never changes.

And what do they do - almost every single time? Yup, they whine and complain.

I know they're going to do it, and when they do, I'm not annoyed. I just nod my head, smile, and say: "You know this is your responsibility every day. So acting like that tells me you aren't learning from your experience."

Then I'll ask them to tell me WHY we do this every night. And they tell me, because they know why. And then they bounce off and do the cleaning and getting ready for bed.

You KNOW a child is going to test his or her limits with you, so why do we as parents get all irritated? It's because we expect our kids to change their NATURE. It's their nature to test.

The SAME thing is true with guys:

- You politely push back - with a playful sense of humor...

- He keeps trying, you keep delaying...

- Eventually, when he's proven his character - and you share the desire - you let him in... 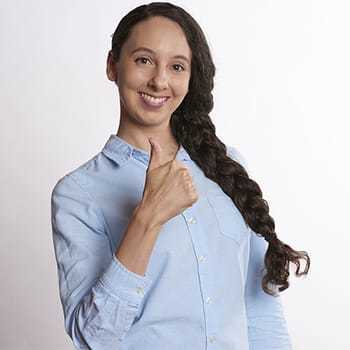 He'll jump through hoops to get your seal of approval...

So when you get a guy to notice you, show a little backbone and he'll reward you with more interest.

GET A GUY TO NOTICE YOU - TIP 1: Give Him Opportunities...

You have to make sure you're within his sphere of attention in order for a man to see you and take interest in you. Sometimes he genuinely is so thick that you could make eye contact and he'll still be completely oblivious.

FYI: Eye contact is not enough - and I'll explain why in a second...

Sometimes giving him opportunities means walking right in front of him.

Sometimes it means walking INTO him, if that's what it takes.

And if he doesn't respond to this, you can safely move on to happier hunting grounds, cause this guy ain't interested. 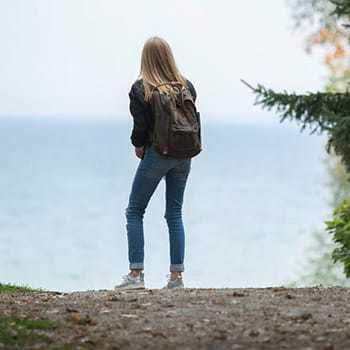 Don't be afraid to walk away if it isn't working for you...

As a woman, you don't want to have to work TOO hard to catch his eye, because for every bit of effort you put out there, you wonder if he would have noticed you otherwise.

Look, you're not a slut for doing a little bit of peacocking. It's just plain common sense that you gotta strut your stuff every so often.

GET HIM TO NOTICE YOU - TIP 2: Invite His Attention...

You want to be inviting with your presence.

Yes, eye contact is CRITICAL. But it's only part of the process of getting him to pay attention to you.

Most women do realize that eye contact is a must. It's a no-brainer.

But HOW you give that eye contact is important.

- Make sure you make it obvious that you saw him. Lock eyes for about 2-3 seconds. It might feel like forever to you, but it takes that long for him to register what's actually happening... 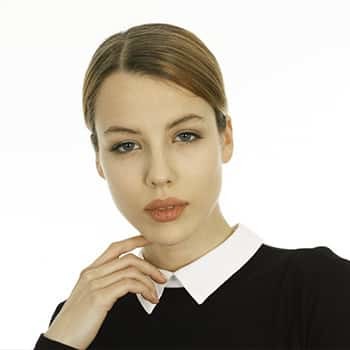 Don't underestimate your own power...

- When it's time to break eye contact, look down and away. This is a universal signal that is not only demure and sexy, it invites him to pick it up from there.

So what else do you need to do when you use eye contact?

I'm talking about SMILING at him!

In a study done by some wacky scientists, they discovered that women get 400% more interest from men if she just makes eye contact and SMILES at him.

Intuitively, this makes sense. But it makes even more sense if you know how guys work on the inside.

That smile says: C'mon over, I don't bite. I won't reject you in front of anyone here, and you're safe. 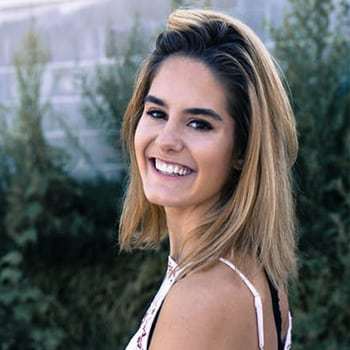 Send him the right signals, and he'll come over...

Women don't realize it, but nearly every man carries a DEEP emotional scar from a time when he went to talk to a woman and she did one of the following:

And even if the rejection wasn't THAT bad, it still feels like that to him.

Most guys just put on some really bristly emotional armor to protect himself from ever getting hurt like that again.

Even the guys that are complete jerks, don't really want to be that way. It's always a defense mechanism he's using to keep from feeling that pain again.

FORCE HIM TO PAY ATTENTION TO YOU - TIP 4: Work your body...

Yes, he's going to be looking you over, from head to toe. If you're a woman that hasn't gotten used to this yet, you might want to stop and consider some introspection about why this still bothers you.

Because, yeah, it's going to happen to you.

It's not because he's only seeing you as a "sex object." (The truth is we ALL see each other as sex objects.) It's because men long to appreciate beauty with their eyes. And your giving him that moment of bliss is a blessing.

If you get a chance, watch some videos of classy women from older movies. Look at how they work their body language to communicate their femininity.

The way they walk, their mannerisms, the way they communicate their confidence with their words and actions. 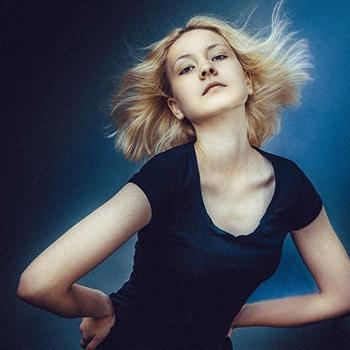 Let your body do the talking...

You couldn't ask for a better way to discover the Art of Sexy. And it's all out there on the internet, or in your Netflix, just waiting for you to find it.

Take a class in dance, or even acting. You'll learn how to reconnect with your body in a way that will ground your confidence and make you feel AMAZING. You'll radiate a warm glow that he'll want to get closer to...

The single best thing you can do for your value in the sexual marketplace is to learn how to flirt with men effectively. Warmly...

Flirting is an art, but it's one of the easiest arts to learn. All it takes is a bit of patience, and the willingness to let go of your inhibitions.

It's really all about learning to be a friendlier, less guarded person.

Which is something I think we could all stand to work on.

A lot of women encounter one weenie dude who comes on to her and she proceeds to change her attitude to shut down men by default. One bad apple, and she goes from fun and bubbly to snarky and cold.

Men simply gravitate to flirtiness. We men love flirty girls, because they feel safe to us. We're not going to get rejected, and we can play around with the energy. 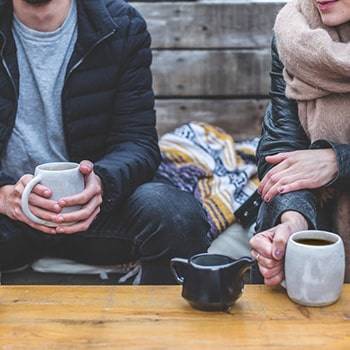 Don't get attached to the outcome, and you might just have some fun...

When a woman knows how to flirt, it's one of the biggest turn-ons for a guy. Even if it leads nowhere, we are happy to play with the energy.

I don't have the space here to explain all the subtleties of flirting, but I have a great report on what it takes to make a man feel attracted to you and flirt with you.

Do you know what the Romantic Reflex is in a man?

Do you know how to trigger it? How to make him want to sweep you off your feet?

It's easy to find out - go here

MORE
MORE
What Do Men Look For In A Woman? 26 Things He Wants From You
By Carlos Cavallo