How To Get His Attention Without Being Obvious… Or Needy!

It seems like the hardest thing is to know how to get his attention - without being obvious or needy about it.

And if you’re not the type of woman who’s open about her sexual drive, or who’s always worried about what others might say when you openly flirt to the guy you like -

Well, attracting the man you want can be a challenge.

You don’t like to be thought of as "aggressive," needy or too desperate…not by anyone, especially HIM! 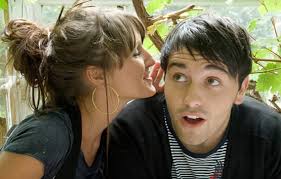 How To Get His Attention – Secret #1: Go in with a strong sense of yourself.

Be who you are, stay your TRUE passions in life – what you’re into.

It could be sports, charity, movies…just about anything that will give him a glimpse of WHO YOU TRULY ARE.

Remember that, when you’re not shy or self-conscious about your interests, it shows him how self-confident you are… 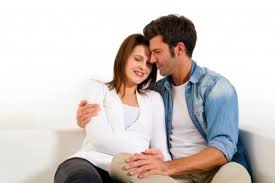 That you’re an independent woman, who has her own life – an interesting LIFE when you're away from him…

And that will make him wonder what’s it’s like to be with you... You'll attract him with the value you bring to the table.

How To Get His Attention – Secret #2: Have a smart conversation with him

Most women lower their intellectual level in conversations with a man thinking that by doing so, she won't seem threatening to him or perceived as being too know-it-all or too bossy.

You don’t have to lower your value just so he’ll be attracted to you. In fact, it's quite the opposite.

Remember, the first interaction you have with him will most likely be the basis of your relationship going forward.

So, if you mislead him to think you’re just some weak, dumb girl, then he’ll always treat you like one. And you don’t need a guy like that…what you need is a guy who’ll respect you for who you are, who will adore you and complement you.

So, when you see the guy you like…pull him towards you by asking questions that’ll make him think. It could be about current events, it could be "Where would you be right now if you could travel ANYWHERE”… just anything that involves ideas and viewpoints that you can discuss…together.

How To Get His Attention – Secret #3: Flirt with him…subtly.

You don’t have to be all over him just to show you’re flirting with him. You can make subtle actions that will make him wonder about you…

Remember that unforgettable scene from the movie Basic Instinct where Sharon Stone was sitting on a chair? She held her gaze with Michael Douglas and provocatively crossed and re-crossed her legs… 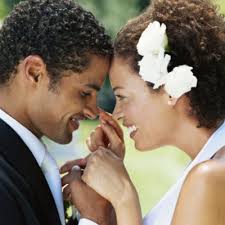 That was so powerful that most of the people who watched the movie felt it too.

Now, of course, I want you to keep your underwear on! But you can have the same effect on a man with your eyes alone.

When he looks your way, stare him in the eyes…count for 2 seconds, SMILE, then look away. Go back to whatever you’re doing.

That’ll make him think about you…and it opens the door for him to approach you.

Just be warm, inviting, open and ALWAYS SMILE. Be nice and he’ll start to wonder how it is being with you.

That's what draws us to people and bonds us romantically! It's the promise of a better life with that person.

We fall in love with people because they make us feel better about ourselves.

So relax, just have fun and leave all your negative baggage behind. Be engaging and participate in life.

In no time, you’ll attract the guy you like…. or any guy you want, really.

If you want to get his attention and be irresistibly desired by him, watch this presentation...