How To Impress His Parents

Ah, yes - the parents! There are some tricks to learning how to impress his parents.

Even if your boyfriend says meeting his parents is no big deal, you know deep down that it definitely is!

You can try to convince yourself that you're not feeling anxious, even shut out your friends’ “ooohs” and “aaahs”, and pretend you don’t care.

But, you’re just prolonging the inevitable…

Meeting his parents will mean to you more than you’d admit. It’s a symbol of acceptance, and a major step forward for your relationship. 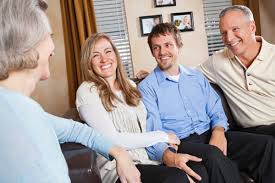 And before you go all crazy during the “event” because of your unpreparedness...

Here are a few tips to make sure you get on his parent’s good side...

Your future in-laws don’t know you, they’re not your friends - not yet anyway.

Don’t expect them to let it slide if you’re late.

So if you wind up all meeting together for this all-important meeting, you need to be on time. It’s just plain disrespectful otherwise, and you wouldn’t want that as your first impression. Be punctual.

Of course, if there’s a VALID emergency, make sure you inform your guy so he can know and explain for you. 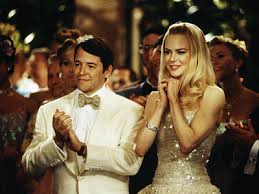 You’re meeting his parents, and no matter what their particular values are, you don't want to come across as too “sassy.” Modern attitudes aside, the girl that gets their boy should always err on the side of politeness.

You might think that in this day and age, people are more progressive and should . No one can tell you what to do – you’re an independent woman.

Yeah, that might be true, but consider this: You’re meeting people who may accept today’s culture, but being classy is always a must.

Being empowered is a great thing, but that needs to go hand in hand with learning how to navigate the delicate social waters of meeting new people, whether or not they share the same opinions as you do.

So, if you're going to dress up like you’re going clubbing – with a super-short skirt and plunging neckline… that simply won’t do in this situation. Save the risqué stuff for your man, and dress to match the occasion.

Keep it relaxed, but appropriate. Pick an outfit that flatters your best feminine features, and shows a tasteful amount of skin.

If you have problems at work or you’re having a bad day, find your center before you meet up. That means shedding all the negativity and focusing on staying calm and in control. 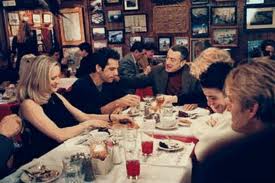 You don’t have to be over-the-top perky, but you do want to have a certain warmth to you to keep them at ease.

So, chill out. Take a little time to relax.

When you see his parents, you’ll be better able to greet them with a HAPPY face.

Impress his parents – Tip # 4: Refrain from too much PDA

Public Display of Affection (PDA) is cool if you're at the movies with your man or having a romantic picnic in the park. When you're meeting his folks for the first time however, save the lovey-dovey stuff for later on when they've gotten used to seeing more of you.

But maybe you're wondering what would be considered as “too much” PDA.

Well, if it's something you can only do with your man when you're alone, then it probably wouldn't be cool with his parents either.

So making out, groping, or sexually suggestive talk are absolutely off-limits.

His parents don’t need to see that – most especially if you’re meeting them for the first time. Too much PDA just makes it uncomfortable for everyone involved.

REMEMBER: What you need is for them to see you as the WIFE material for their son.

And, that’s all there is to it.

Keep your eyes on the goal – make the man you love want to spend the rest of his life with you.

He'll only propose to you after he’s gotten the green light from his parents, in most situations. So don’t fight the current.

Make a genuine connection with them. Get to know them well and let them get to know you too.

Let them see what it is exactly that their son loves about you.

And if you’d like to learn more about how to get him to commit to you forever – watch this video now to reveal the secret to opening a man’s heart….