Is Chemistry Really That Important In A Relationship?

And what is “chemistry”? Why does it feel so elusive?

Chemistry is a natural connection between two people.

Chemistry is what draws us together, like a magnetic pull that lures us without a rational explanation.

It’s where you instantly connect with someone - and you don’t know why or how it happened.

It’s such a powerful thing – exciting and compelling. It’s what romantic novels and movies are made of… and what most women dream about. 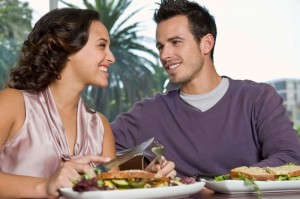 Think about Edward and Bella of Twilight or Romeo and Juliet. The characters were drawn to each other, and it tugged on our heartstrings and made us wish the same thing might happen to us.

But, the question is…does this stuff really happen in real life? Do you really just get to look at a guy’s eyes and instantly you’re drawn to him?

According to Albert Mehrabian, professor of Psychology at UCLA, there are three elements that account for our liking for the person…

An experiment conducted in Italy by Dr. Donatella Marazziti, a psychiatrist at the University of Pisa, confirmed that the early stage of love (the attraction phase) really changes the way you think. 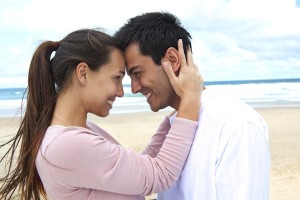 By analyzing the blood samples of 20 couples who’d been madly in love for less than six months, it showed that a chemical serotonin is a big factor. Serotonin acts as a neurotransmitter that relays signals from one area of the brain to another.

Which explains why you’re always thinking about your guy and your need to be with him all the time.

But is chemistry important?

The answer is YES, but only during the initial ATTRACTION PHASE because this is the stage where you naturally move forward to be “connected” with him.

It’s an essential trigger for the starting point of wanting to be with him - and that could lead to having a relationship. 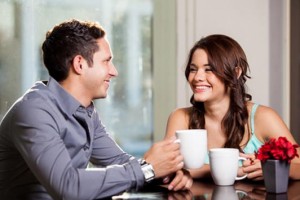 Remember though that having ‘chemistry’ doesn’t assure you of a lasting bond with the guy you want. That’s where compatibility and friendship come in.

And this is the next stage after the chemistry kicks in.

Just remember that the chemistry phase can be a challenge, because you might find yourself deep in lust with a guy, only to discover you’re not as compatible as you thought.

But once the tentacles of chemistry have connected you, it’s a whole lot harder to disentangle yourself from him. For some people, it’s way too late.

So think with your rational brain up front - before you get too enchanted with him. Give yourself the ability to leave if you had to.

As they say, relationships take work. So, after you have that initial attraction, you need to put in some effort to make things work together.

Build a good foundation to take what you have to the next level – a much deeper commitment to each other.