Let's talk about this - 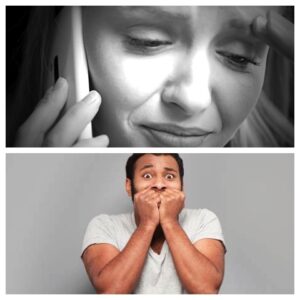 So last week, I had a good laugh over an interviewer who had a little fun with an MMA champ. This latest piece of news that caught my eye, however, was anything but fun and games. 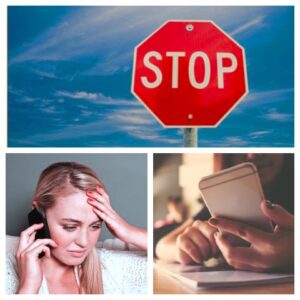 As she tried to keep the conversation on topic, her guest Hani Al-Seba'I wouldn’t stand for NOT being allowed to ramble on and on as he pleased. They quickly got into a verbal scuffle as Al-Seba'I told her to “shut up.”

The video has since been removed.

If that wasn’t enough, he also thought he was too good to be talking to her in the first place, saying, “It’s beneath me to be interviewed by you, you are a woman who...”

That was when Karaki put her foot down and drew the line. Instead of playing him at his own game, she simply decided he wasn’t worth her time.

So, Karaki had the perfect comeback by telling her guest, "Either there is mutual respect, or the conversation is over."

And just like that, he was off the air.

How’s that for classy?

No swearing, no petty insults.

Best of all, she didn’t try to explain why she had to be respected, or complained about how rude he was.

She simply decided to stop engaging the guy.

THIS is exactly the kind of attitude I tell women to have when dealing with rude, disrespectful behavior.

Over the years, a lot of my clients have had to deal with dates who weren’t at their best, or partners that were taking them for granted.

In either case, I always tell them, “When it comes to guys, actions really do speak louder than words.”

Let’s say you’re dating a guy you’re into, but he isn’t exactly reciprocating your affection. Worse, he seems like he’s just treading water until someone else comes along.

Maybe it’s because he’s still on the fence about his feelings for you, or he’s just looking for another “notch on the belt.”

So he calls you up in the middle of the night, asking if you’d like to “hang out.”

If he’s more interested in a booty call than having an actual relationship, the best response is not getting bent out of shape.

Usually, most women in that situation would give the guy an earful about why he should respect her or value her time.

And in a lot of cases, they’d try sitting him down for “The Talk” and demand a commitment out of him.

Here’s a classier alternative: when that call comes, just tell him that you have work tomorrow. Don’t say anything else.

If he presses to meet you, give him a time and a day that’s convenient for you. Give him a couple of options if you want to be diplomatic about it.

But the bottom line is that you need to set the pace and tell him what works for you. A quality guy will ALWAYS take your preferences into account, and NOT just his.

Here’s another scenario: if your date keeps bringing up stories about his ex, don’t act fazed. Just gently shift topics and keep cool.

If he insists on talking about inappropriate stuff, you can say with a smile, “Sweetie, I’m not really a big fan of rehashing past details. You learn from it, and that’s it. So, did you catch Fifty Shades of Grey yet?”

By not acting offended and telling him point blank (in a sassy way) what’s what, he’ll RESPECT you for it. There’s a temptation to go on and on when you’re feeling flustered, but don’t act on it.

Remember, the male mind is more accustomed to a fact-based, straight dope style of communication.

Just look at Ms. Karaki – she didn’t waste any of her time telling someone off when he was getting in her grill.

Most guys won’t tell you, but their definition of a keeper is a woman who keeps the drama to a minimum.

When you have the backbone to set the level of respect in the relationship, it actually makes a man want to stick around.

The ones who aren’t interested in a long-term relationship are going to look elsewhere, but would you really want to hang out with them?

However, not putting up with bad behavior is just half of the Attraction Equation. If you really want to connect with a guy and capture his heart, I can help you cultivate an irresistible personality to make that happen.

Click HERE to find out more about my new Irresistible Desire course.