Talking Trash: 5 Steps To Stop Loving Someone Who Doesn't Love You!

Have you ever heard this quote?

"If you love someone, let them go free... if they don't come back, it was never meant to be."

Well, that's sweet and all, and it's a positive message, but it really doesn't help when you can't have the person you want.

When you love someone and they don't love you back, dude it sucks.

When I was a kid, I liked girls.

I liked ALL the girls...

But they didn't all like me back. A lot of the ones I REALLY liked weren't all that into me at all, in fact.

Back in 10th grade, I remember walking up to Stacy between classes and being excited to see her. I thought, this is a girl I can date! Until she looked up at me with a sheepish stare, avoiding my touch as I reached to hold her hand...

"I don't know if I like you that way," Stacy said to me, as if she were almost thinking aloud.

"THAT way? What other way is there?" I wondered.

It turns out that I was heading for the Friend Zone faster than I could possibly imagine. I got there by the start of the next class period, as it happened. Stacy and I fizzled faster than a firecracker thrown in a pond.

So that was my first encounter with unrequited love. And it wouldn't be my last. It wasn't until my late 20s that I got rid of my Wussy behaviors that were making me more of a sad consolation than a real PRIZE in the contest of dating. 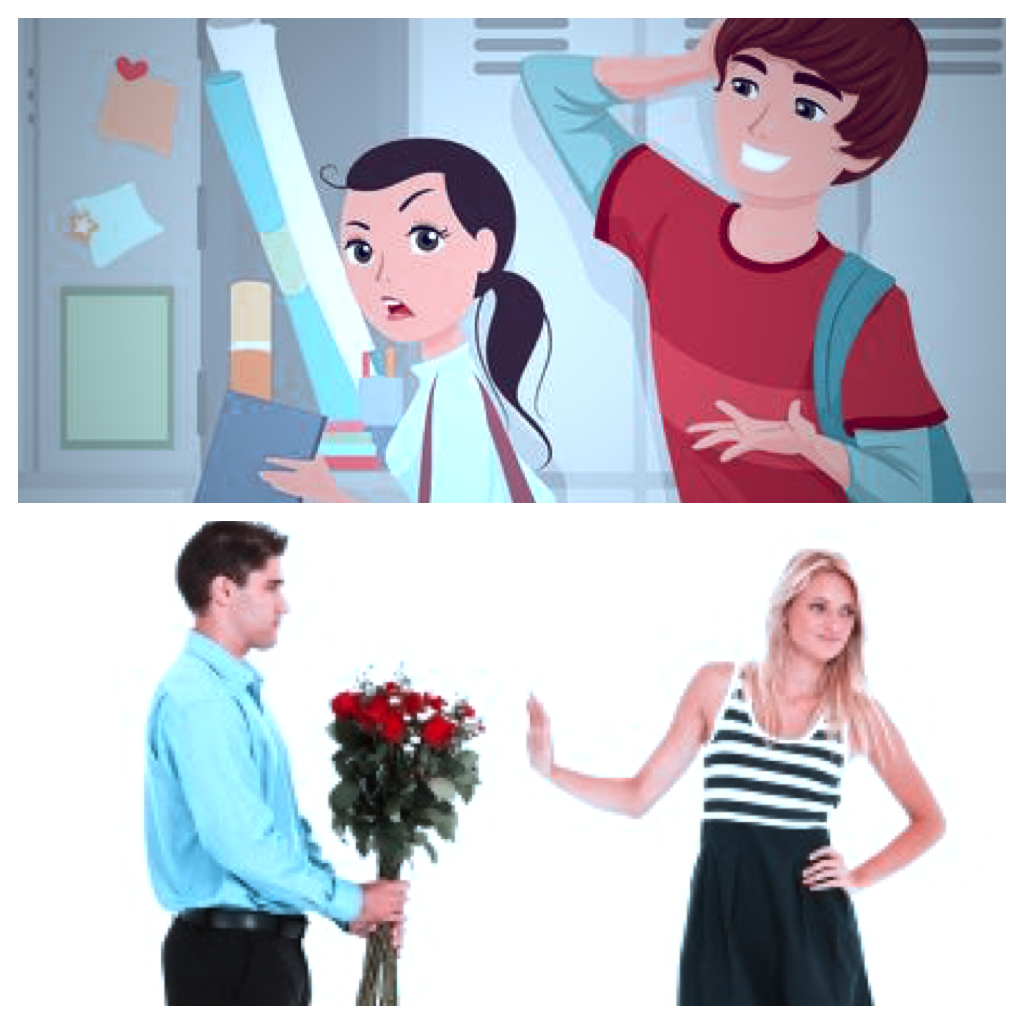 Wussy is the term men often use when a straight guy acts really indecisive and weak. Usually, it's a guy who doesn't have much backbone when he's in a dating situation, and the woman senses it. He's friend-zoned almost immediately.

Over the years, I got the hang of not being so darn needy.

But it wasn't easy. I had to call in an exorcist.

Well, not really. It was a bunch of exorcists:

But even that didn't stop me from experiencing the times when I just wasn't the right "flavor" for a girl - making me a friend instead of the lover I wanted to be.

I had to learn some very hard lessons about how to stop loving someone who didn't love me back. Because I knew that I couldn't waste my time on the wrong relationships.

(What I discovered was that some women would date me, even if they weren't all that into me. They were just looking to escape loneliness. And I was their "Better Than Nothing.")

Psychologists say that 98% of us have experienced some form of unrequited love.

I don't know who that lucky 2% is, but they're probably some isolated tribe in New Guinea. All I know is that it's not fun.

Let's talk about some steps to let this person go, because you know that if you keep on lovin' them without getting anything back, it might drive you crazy.

Stop that lovin' feeling - Step 1: Sit With The Awkward...

Look it's probably not going to come as any surprise, but most people can't stand to sit with their own emotions. We run to escape them as fast as we possibly can.

This trend has always been with us. It started out as gossip, and turned into soap operas on TV.

Heck, the whole premise of Facebook is to keep you emotionally engaged and distracted from yourself with other people's lives. They invented the term "Fear Of Missing Out" (F.O.M.O.)

We're so used to reaching for our phones, or the remote control, or some food to push away the sad feelings.

The reality is that there will be a little pain in letting go of this person. It's not horrible, but there will be some amount of heartbreak. It's often worse for you because the other person never matched your feelings, which feels even lonelier.

To make matters worse, this feeling also has REJECTION in it. 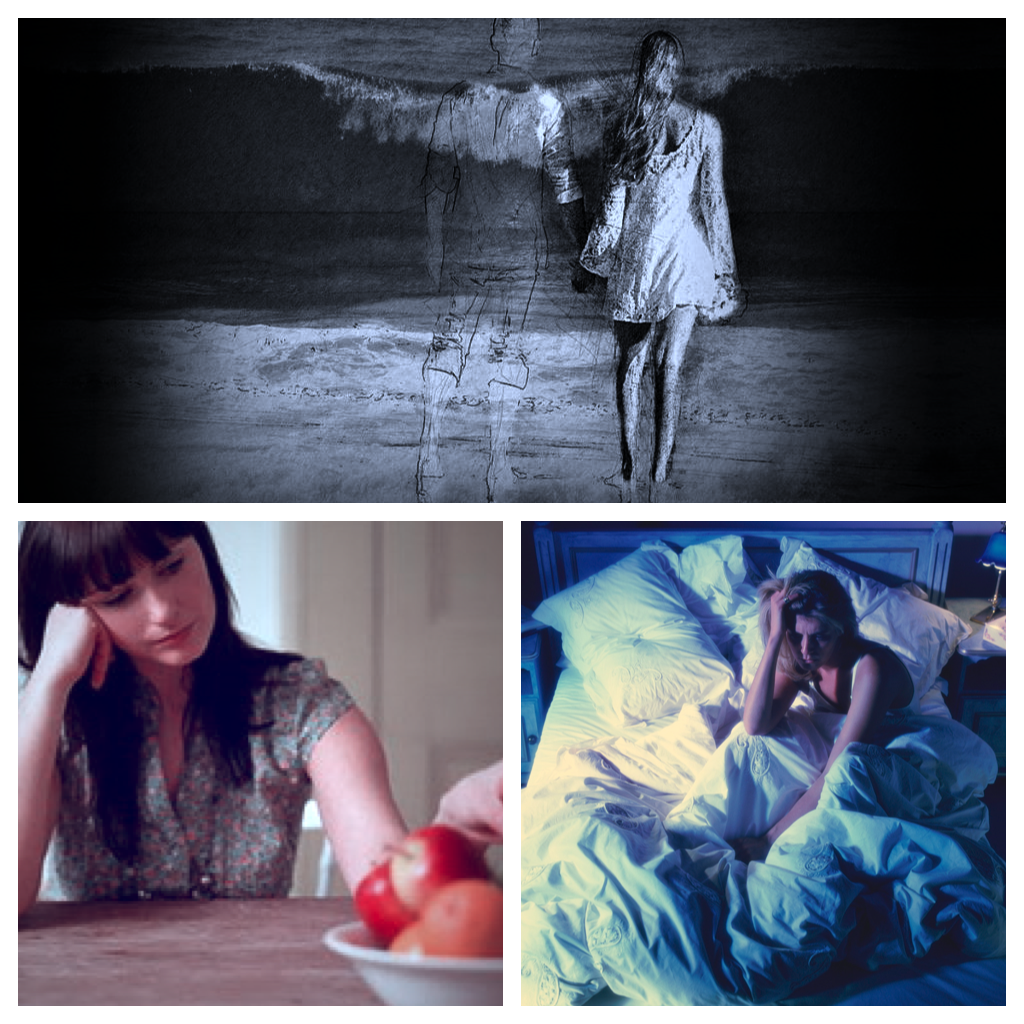 Watch out for these warning signs:

If you encounter any of these, you may need to seek out professional help. They are warning signs of a loss of mental self-control, possibly bordering on obsession.

Also, try to avoid jumping into a relationship with someone you know isn't the one as a rebound. That's another one of the ways we often try to distract ourselves from the Truth. Although, dating a few people casually is a great way to re-establish your feelings of value.

Give yourself time to grieve and let go of this person. It will take a little time. You can't hurry your healing!

He's Just Not Into You - Step 2: Drop The Control Illusion...

When we start to fall for someone who isn't in love with us, we very often we start to lash out with delusions of control. We think we can MAKE them fall for us, and we'll even try out the most ridiculous methods - like voodoo, magic spells, psychics, and hypnotic techniques.

(YES - I personally know people who have tried out all of those methods to get someone to love them.)

You can't control his feelings for you. We often think we can make them love us, because the opposite belief is something we don't want to face.

The truth is that we need to believe we can have SOME impact on the object of our affection. Mostly because we can't handle being powerless.

And let me ask you another question:

Can you control your own feelings?

Not all the time. You can MANAGE your feelings, but control is an illusion. 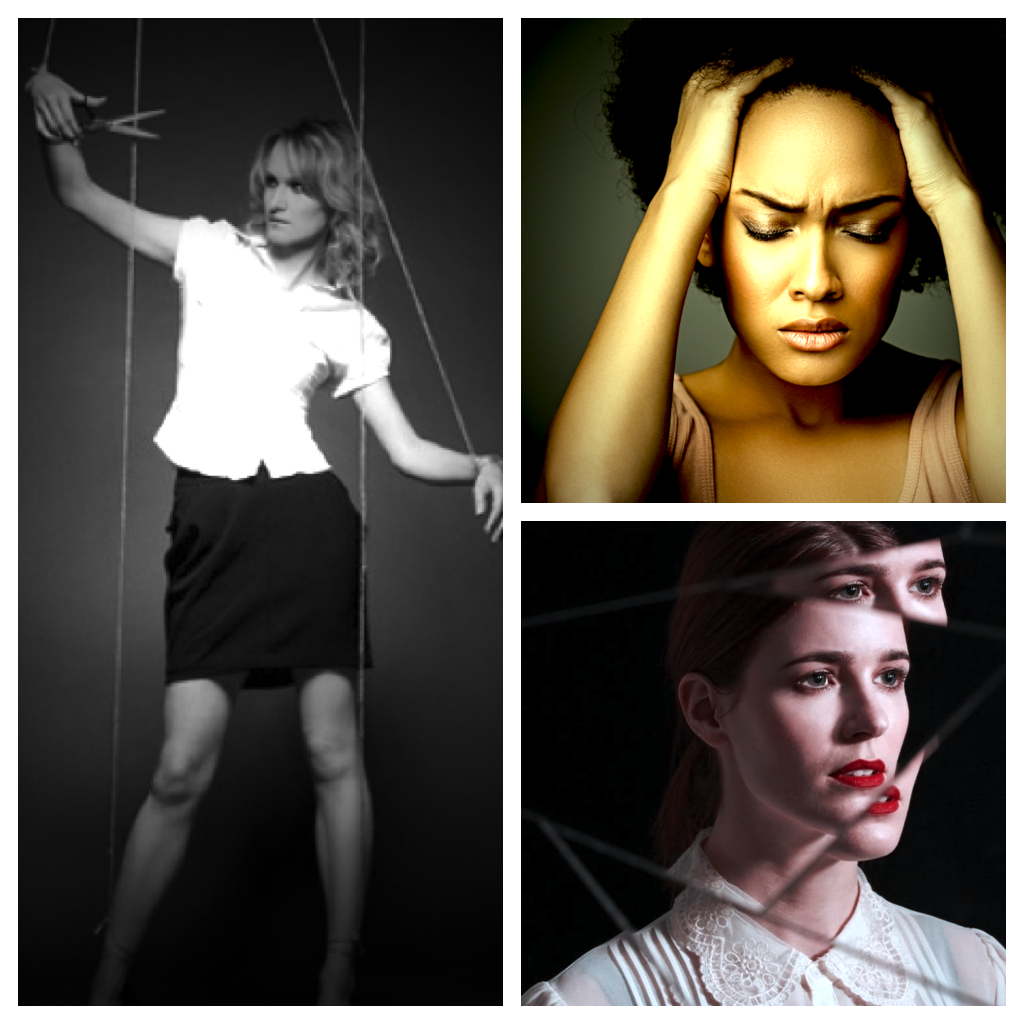 For instance, if you're worrying, that feeling is generated by your own thinking. Worry is not a normal, healthy psychological process.

So when it comes to your feelings of rejection and insecurity, you're going to be triggered into the feelings of being rejected by the man you want. These do happen on their own.

You also want to vent your feelings and get them out of your system as much as you can. This is where you should consider talking to a therapist or counselor.

This one's simple, but not easy:

Leave him alone for a while.

You might find this difficult, but it's the true test of character. If you keep going back, you're just re-activating all those emotions and feelings.

I would also strongly recommend you unfriend or disconnect on social media. You don't want to go online and have his "happy life without you" intruding on your healing. That's a rude and major setback to you.

This is another simple one, but not easy.

Pack all his sh*t in a box and stow it away. All the gifts he gave you, anything that reminds you of him. Hopefully there's not much here, but if you're clinging to anything from him, it's got to go. 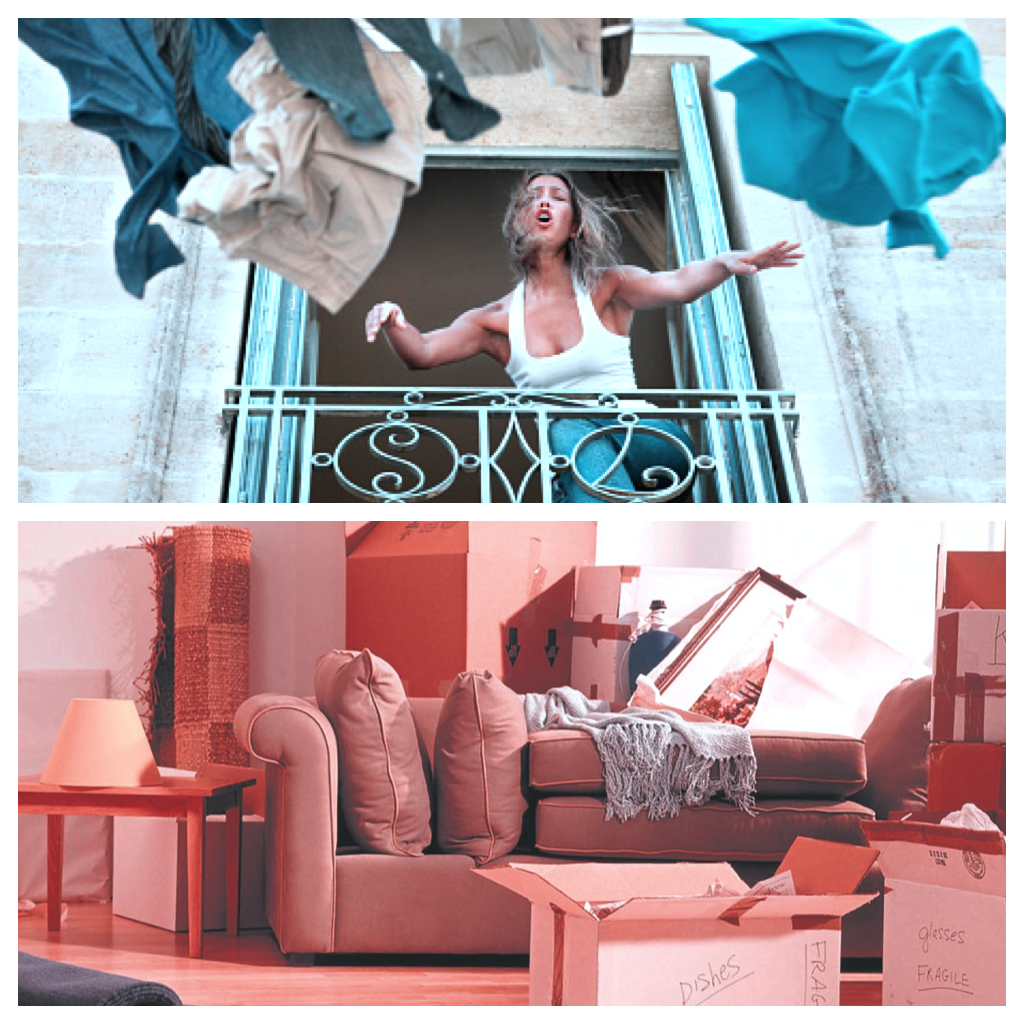 If you keep seeing stuff that reminds you, that's just as bad as having him popup on your Facebook wall and wink at you.

In a few months, you can pull it out  - AFTER you're over him. You can't move on with constant reminders of what could have been.

When you start feeling the thoughts of him fading, and you're less distracted, it's time to get back in gear.

You should start dating as soon as possible, even if you think it might be a little TOO soon.

The reason is that it's easy to create a fantasy relationship in your head when you've got nothing else going on. We often imagine "what if" scenarios in your heads to indulge our fantasies.

So the sooner you get back out in the REAL world of dating and meeting people, even if only casually, the better off you'll be. 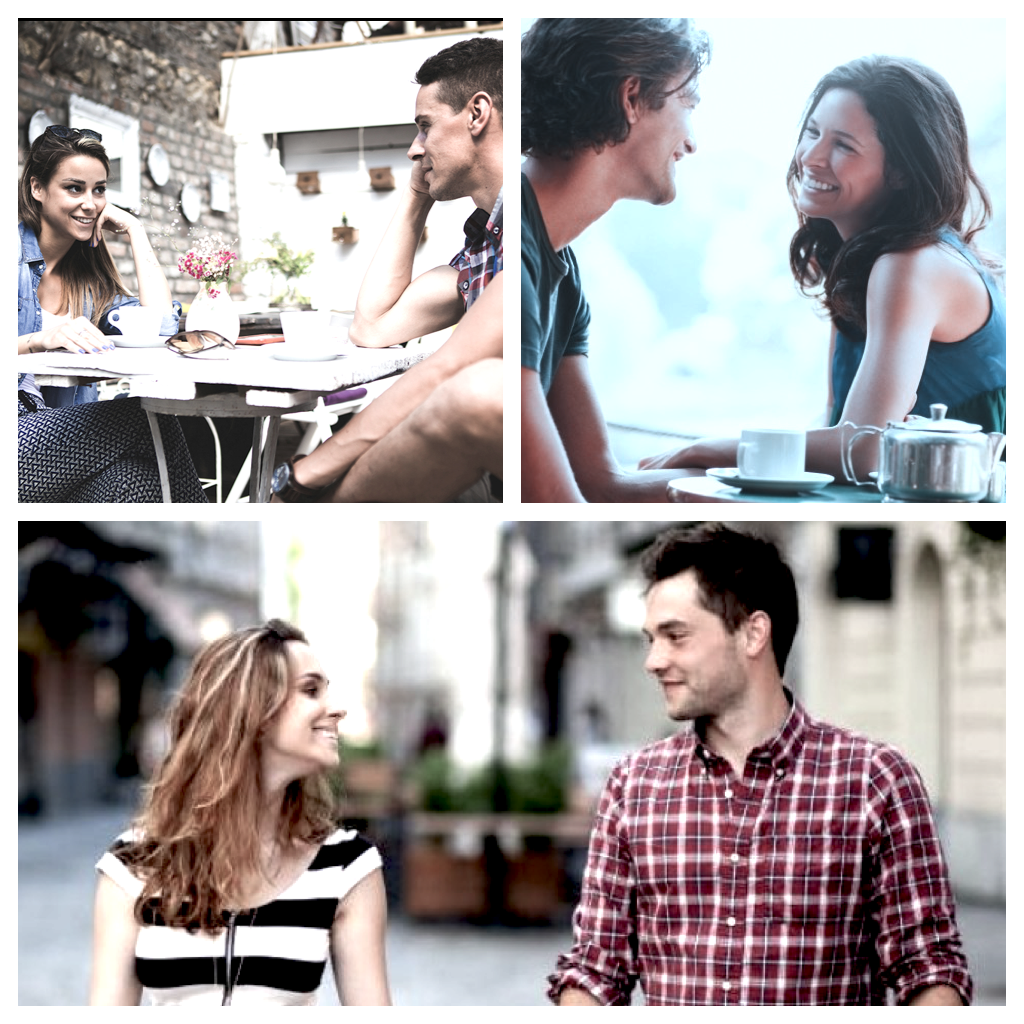 But the second you run into another attractive guy that likes you back, you'll be wondering why the hell you spent all that time in obsession over that other dude.

Hopefully you're forgetting him more and more...

Consider this your wake-up call to jump in the ring again. If you were focused and really did want to get over your infatuation, you're going to be in a better place now.

And if you want to be in the best place possible, make sure you know how to get your man obsessed with you right from the very beginning: