The ONE Secret To Keeping A Guy Interested In You

Have you ever found yourself thinking: “I really like him!”

And then, right after that: “Don’t screw this up!”

Talk about a recipe for stage fright.

But when you meet a great guy, you don’t want him to slip through your fingers – and into some other woman’s arms. 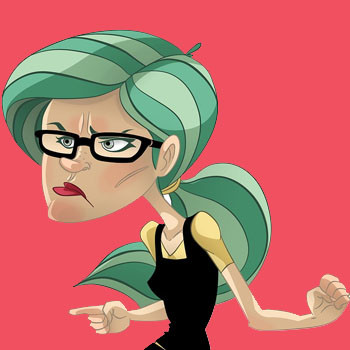 You can do a lot of small things to attract a man, and you can do a TON of things to try and keep him interested in you…

But all of those methods just feel empty and kind of forced most of the time, right?

Look, it’s not hard to keep a man’s interest.

What? You don’t believe me?

Think about when a guy is watching his favorite sports team play.

How involved is he?

Or any hobby he’s into, or television show, or whatever it is that keeps him rapt.

You don’t have to match the production value of “Game of Thrones” or anything, but you should think about what makes his game or show so compelling and eye-grabbing. 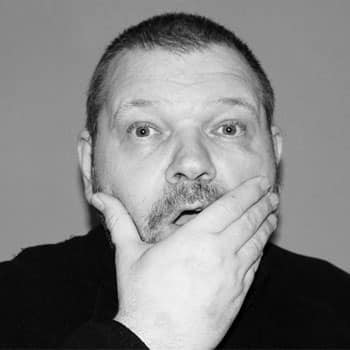 Yup, you know THAT look…

These are the clues to the switches you can flip in a man’s mind – to get and KEEP his attention glued to you.

Let’s go through a few tricks:

It doesn’t matter if you’re the CEO of your company, or the #1 pinned image that month on Pinterest. Or you’re so smart that you can speak ten languages and do differential calculus in your head.

A man doesn’t fall in love with you because of the superficial reasons you might think attract him. (This is also a mistake a lot of guys make.)

He’ll fall in love with your HEART – not your brain (nor your bank account). 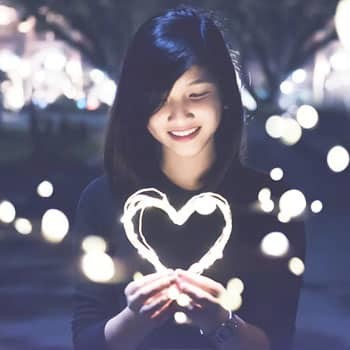 Yet, time and again I see women thinking that the best way to snag a guy is to wow him with your fact sheet.

He needs to know you’ve got the biggest heart around before he will care about the rest.

You see, he’s looking for a woman whose heart is so big that it has room for you AND him in there. And your mom, dad, siblings, cousins, etc.

A man can live his whole life without the kind of nurturing love they crave. They hide this need under a stoic exterior that might fool you.

You might fall for that belief because you’re looking for the security of his embrace.

But if you’ve seen those pictures of a guy hugging a woman from behind her, you should know that he’d MUCH rather you be facing him and making that embrace mutual.

TRICK #2: Give him just a little uncertainty….

A man needs something to challenge him. Every step of the way, really.

Two steps forward, one step back…

Two steps forward, one step back…

You’ll notice that this pattern is still moving forward on the whole. But the rhythm gives a little space in there for him to wonder: “Is she really into me? Could I (gasp) lose her?” 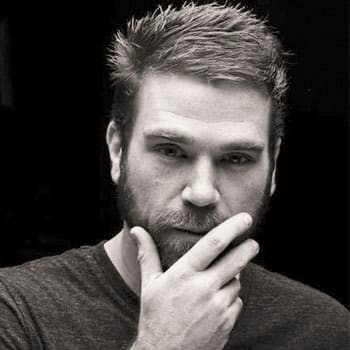 Trust me, he NEEDS to feel this…

Human beings respond to uncertainty even more than certainty.

When we get the affirmation of “this relationship is real” that we want, we immediately start taking that relationship for granted.

We don’t like to think we do this, but we do. It’s human nature.

So don’t make the big mistake of overwhelming a man with your desire for him. It’s the fastest way to kill his desire for you.

He needs uncertainty to pull him into working for you… CHASING you.

When you pull back a little, it CHALLENGES him.

And a man needs this challenge to spur him on. 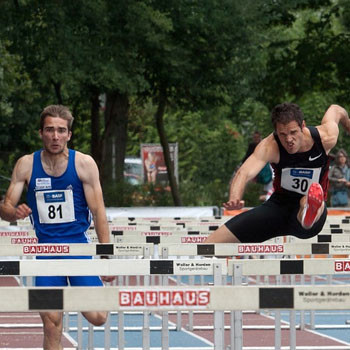 It tells him you’re worthy of his interest. So don’t run him over with love, let him come to your open heart and experience it by winning your heart.

– We don’t get much in the way of taste and smell stimulation – beyond the nasty odors of the rooms guys avoid in their house.

One of the best ways you can get him interested in you – and keep his interest – is to anchor him to your touch and your scent. 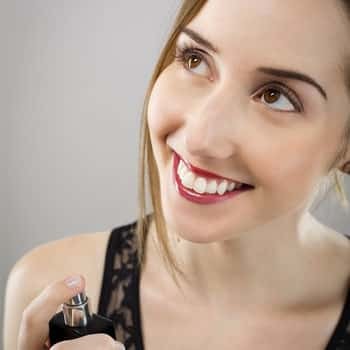 But ya gotta do it strategically…

This is a ninja trick that not many women know about – probably less than 2%, actually.

Want to know how it works?

The first step is to touch him in a place on his body where no one else would likely come in contact with him – unless they were physically and emotionally intimate.

The best place I’ve found (from having women do this to me) is the back of my neck. I have very short hair, and my neck is exposed to the air all day.

When my wife uses her fingertips there, it’s pure heaven.

AND – since she’s done it the same way so many times, I’m like Pavlov’s dog: I’m instantly triggered to desire her the second she touches me there.

The second step of this trick is simply this: Wear a food-flavored scent around him as much as you can. Something tinged with vanilla or a hint of citrus in it.

If you’ve been buying your perfumes to make YOU happy, well… you may want to reconsider how you do that.

Men are very easily conditioned to your scent. And when men choose scents for women, they choose them on how much they make him… uh… want to EAT you.

Figuratively speaking. But I’m sure that could get literal if you do this right. 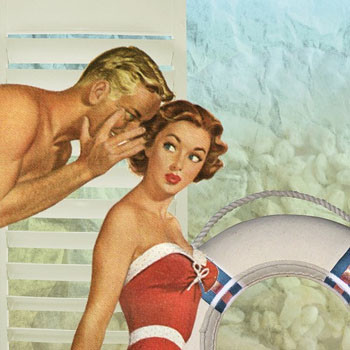 And don’t just think of doing it with your perfume – do it with candles, too. Or bake some cookies just before he comes over.

Anything you can do to trigger his physical appetite is a great way of conditioning him to have a primal hunger and desire for you.

Oh yeah, have no doubt. These sensory tactics work like nothing else you’ve ever tried…

TRICK #4: Lose the insecurity with one affirmation…

A lot of women contact me to find out how they can get over the fact that their man is checking out other women. They don’t feel as sexy or young as they once were, and they’re worried that they’re “losing it.”

And when a guy looks at a hot little body that wiggles past you on the street and his eyes flicker over to take it in, you feel that surge of insecurity.

Well, here are a few things to consider:

There is NOTHING in this world or lifetime that you or anyone alive can do short of moving to a deserted island somewhere that is going to change that. 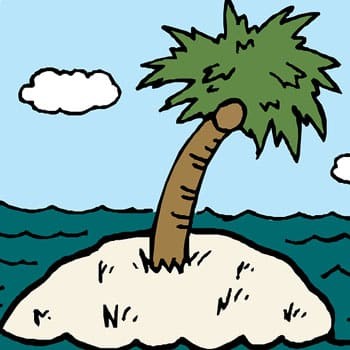 So the first step is an acceptance that this is going to happen and to not fight it or resist it mentally when it happens.

The irony of the situation is that what you resist, persists.

You can feel good about the fact that his eyes may take in the beauty of the world, but YOU are the one he’s with. So that hottie, or tramp or whatever, actually just did YOU a favor.

So here’s your new mantra – a fantastic affirmation to yourself to use:

I like it because of the rhyme and the almost tongue-twister quality to it.

And here’s the finishing move for you – just in case you like a video game slam to finalize it:

Say this to him when he looks at that woman: “She’s kinda hot, huh?”

You know that noise of a record scratching? That’s what he’ll hear in his head.

Saying this IMMEDIATELY stands out to him and creates a moment of “WTF?” that will make his heart throb. 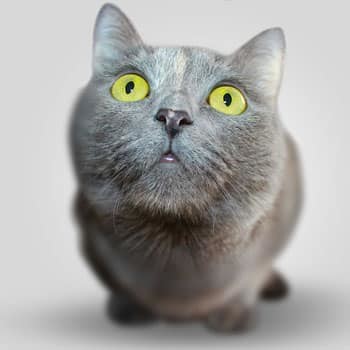 You see, men are so used to insecure women freaking out over his innocent glance that he will instantly be turned on to you. He’ll see confidence, not insecurity.

** By the way, men looking at other women has NOTHING to do with “respecting you” or anything like that. It’s an involuntary action triggered on a primal level that no man can resist.

So being pissed at him for his natural reaction is a shaming move that will make him want to avoid you like the plague.

It’s his inner caveman – and these days, honey, you need to celebrate a guy that still has these instincts!

REMEMBER: It doesn’t matter what you FEEL inside. We all have those emotions.

It’s how you ACT in spite of them!

That is what will tell him you’re the real deal.

In the end, the best “app” on your feminine Smartphone of Love is knowing how to make a man lose control of his curiosity.

Curiosity may have killed the cat, but it will give you the edge over every other woman out there. I don’t care how short her skirt gets, or how much she teases with cleavage.

You can get the guy simply by getting him curious about you. 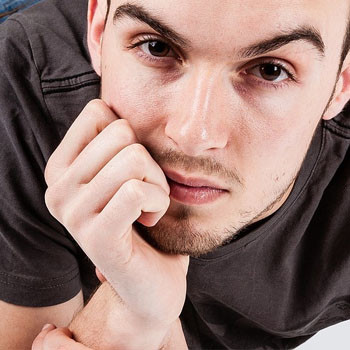 Men LIVE for the thrill of the chase…

A man’s curiosity is his compass. When he finds something that triggers his interest, he will chase it like a kitten batting a ball of yarn.

There’s something very ancient about this mechanism in a man’s head. It reaches into instincts so old that they control the rest of his brain – like a master override switch.

It’s a natural path of desire that makes him fall for almost any woman who knows how to flick that override switch.

If you’d like to learn more, I’ve got a video right here that talks about cultivating this feeling in him.

I like to call it Irresistible Desire, and you can get him to feel all the right things for YOU.