Do Men Cheat With Their Eyes? – Dating Tips For Women

Here’s a question I got from one of my readers about the classic case of a guy’s wandering eye (and mind):

Hi Carlos, I have just purchased Forever Yours and am up to [the] Inside a man’s mind [chapter].

You just explained about Men looking at other women and wanting to have sex with them.

This is something that is so difficult for me to accept, in fact it upset me so much I felt sick whilst listening to you. It goes against everything I believe in and if I thought my partner was doing that I would feel very betrayed and would not want to be with him.

We have talked about this earlier on in our relationship and he assured me that he does not see other women in a sexual way. He can appreciate a woman’s beauty but not to that extent.

Are you saying he is not telling the truth or can there be different degree’s to this?

Thanks for helping me as this is something that I can’t get my head around.

J, this could be a difficult response for you to read.

In fact, my wife even told me I should sweep this under the rug – it could be too controversial. 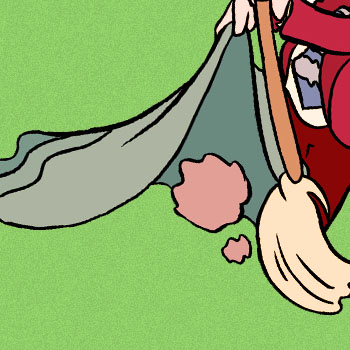 She told me I’ll get a lot of hate mail…

In this day and age where some of the most atrocious stuff is going on in the world, and we turn a blind eye – I have to speak my mind. Even if my voice shakes.

And please understand that I’m not trying to be cruel or hurtful. I only want to be compassionate.

However, as the saying goes: I’d rather be slapped with the truth than kissed with a lie.

So beware! Read on at your own risk.

Or your own benefit…

FIRST of all: Finish the Forever Yours program, J!

You hit a speed bump and slammed on the brakes. The answers you seek lie further in the program…

Now, I’m sorry J that I can’t delude you or coddle you on this topic. I made up my mind that when I started this work that I couldn’t lie or sugar-coat things.

Men have sexual fantasies about women ALL THE TIME.

So let’s not get going on the “judge men as bad” bandwagon. 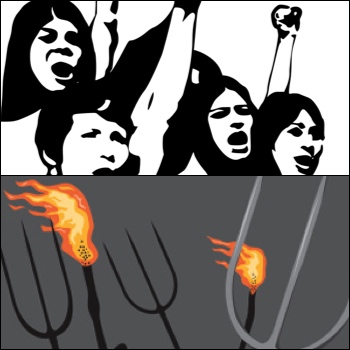 I find it hard to believe that you’ve not encountered this fact about men before, actually.

I do want to clarify that I didn’t state that men see other women and then immediately make up their mind that they’re going to try to sleep with them. That’s not what I was explaining at all.

A man sees a woman, and if he finds her sexually attractive, he’ll think about what it *might* be like to be intimate with her.

AND THERE’S NOTHING WRONG WITH THAT WHATSOEVER…!

This desire encourages him to seek out interaction with a woman – and engage in primitive mating rituals, like dates and Starbucks coffee for two. 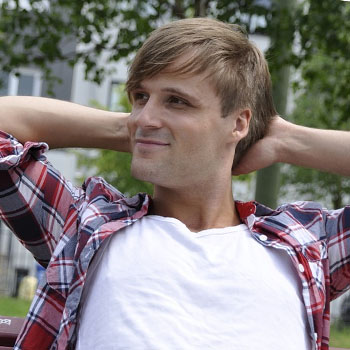 (Today’s media and culture loves to shame men for this perfectly natural response, however.)

Consider that this same male sex drive is what has led men to create so much in this world.

(In the words of the renowned feminist, Camille Paglia: “If civilization had been left in female hands,” she wrote, “we would still be living in grass huts.” – From The Wall Street Journal article on “why ignoring the biological differences between men and women risks undermining Western civilization.”)

Look, if a man thinks about sex with another woman, he’s NOT cheating.

Is a person who THINKS about smacking their kid upside the head when they act like a brat – is that person a ‘child abuser?’

NOPE! (Been there, and never hit my kids. Ever.)

Is a person who THINKS about how great it would be to scoop all those diamonds they see in the jewelry store into their pocket or purse – does that make them a ‘thief?’

NOPE! (And don’t you EVER tell me you’ve never had dark and devious thoughts. We all do. Many that are MUCH worse than what I just used there as examples.) 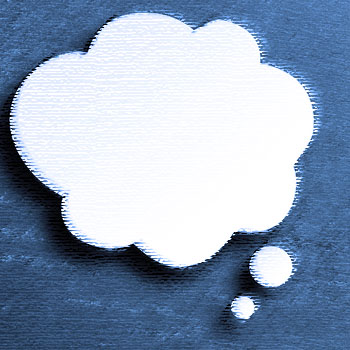 So should a man be defined in any way by what he THINKS during his weak moments?

You know what matters? HIS ACTIONS!

Women get really caught up in what a man is thinking – and interpreting his thinking – as a way to predict the stability of a relationship. But it’s not a good strategy, as you might have discovered.

In fact, women who obsess over “what he’s thinking” tend to create self-fulfilling prophecies. You obsess, you ask a lot of questions, he gets freaked out that you’re being needy, pulls away… you know the pattern.

Think about it: It’s the woman who couldn’t care less, who’s out there living a fully enabled life that men are chasing like mad rabbits.

And ultimately, just because a man starts his interest for a woman in a different place – sexual desire – this doesn’t mean we don’t wind up at the SAME place: Love.

So here comes the tough part, J… I’ll try to be gentle.

I know, hang in there…

J, you said that your boyfriend said:

“… he does not see other women in a sexual way. He can appreciate a woman’s beauty but not to that extent.” 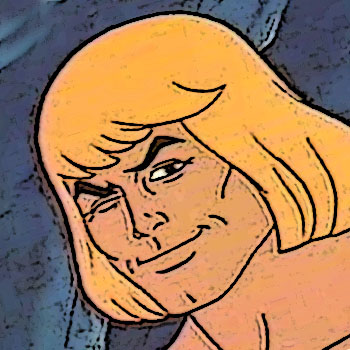 He’s kinda full of crap. He’s saying what he knows you NEED to hear.

He’s trying to be nice to you, J, because:

2) Because society today makes being a man a very uncool thing… (Don’t buy into myths of male privilege or any other conceit. There’s no conspiracy here. Just average guys trying to make our way, day by day.)

3) Because – yeah, he still wants to get more sex from you.

And it’s probably not just a blind biological need, J – it’s because he probably loves you to death.

Men HATE having to disappoint women in any way.

He’d hate like hell to tell you what REALLY goes on in his head for fear that you’d react the way you did. (I cover this in many of my programs.)

But even if you confronted him with what I said about guys, he’ll probably still stick to his guns and deny it.

Hell, he might even BELIEVE it by now. It sounds good and “politically correct.”

People have an incredible amount of ability to fool themselves.

Which is why so many men now keep silent and simply say what sounds good and “correct” – for fear of being labeled misogynist pigs. (This is not a joke. The social pressure is very REAL for guys to go along with this view.) 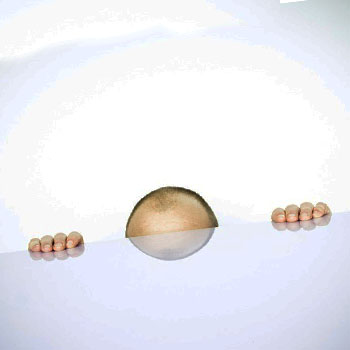 AND you have to understand that men and women have different interpretations of the word “beauty” as well. A man thinks of ‘beautiful’ as being “She’s attractive physically – not just her face. Boobs, butt, all that.”

What your boyfriend said wasn’t entirely wrong. BUT his meaning did not match YOUR desired interpretation.

Just between you and me, J, it sounds like you have too much NEED to interpret what your man says in a very specific way. A way that doesn’t burst your bubble.

You have a need to avoid a conflict between you, him, and the other ideas you’ve got rolling around in your head. That’s not a good recipe for a relationship.

But if you doubt what I say, please seek further validation.

Go ask a guy who you DON’T have a sexual connection with.

A guy who WON’T feel any pressure to meet your expectations.

A guy who you KNOW tells you the straight truth.

And don’t ask some wussy dude, either. Ask a REAL man.

(Right now, most of you are thinking “No way… I can’t take THAT kind of truth!)”

He’ll agree. Probably by nodding silently with a little “you got me” grin. 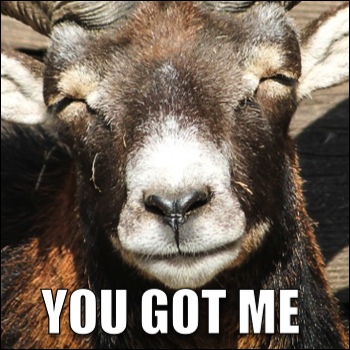 Men see women sexually – **AND** as people. Not just one or the other. We’re capable of seeing you as both.

It just so happens that biology has dictated this particular arrangement was most beneficial to us.

So since a man usually (yes, still – even in this day and age) initiates the interaction, he has to have a DESIRE to do so.

Men still are expected to ask for the phone number, and the date…

And the force that’s required to overcome his fear of rejection so that he does that has to be HUGE.

What do you think fuels that desire? An altruistic hope that you’re a really cool chick?

It’s there for a reason.

Getting along with someone isn’t really the “foundation of a relationship.” You gotta have that loosey-goosey, lovey-dovey vibe that makes you WANT to get intimate.

Without it, you just have a sexless marriage. (And you want to guess how many of those are already out there?)

Now just because this guy is a sexual being first does NOT mean he’s a mindless boner walking around under the control of his crotch.

HE is in control of his sex drive, and declaring otherwise is also another way of degrading and lowering men. We’re not sexual robots – or victims of the need to ejaculate. 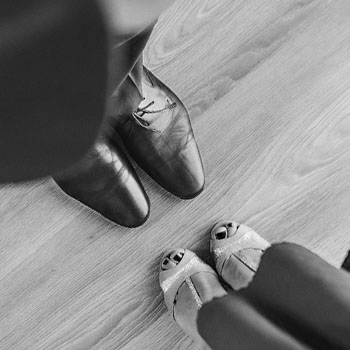 And I’ll say it again – THERE’S NOTHING WRONG WITH THAT – AT ALL.

We’re totally responsible for our sexual nature. And 99% of all guys handle that responsibility pretty darn well, if you ask me.

Don’t mistake the men you see in viral Youtube videos for the real thing. Or those idiots they show you in the news. Most of us guys are pretty decent.

LADIES: My response should NOT make women everywhere crumble in despair.

Nor YOU, dear reader…

And give you a very happy ending:

If it’s raining outside, do you go out and shake your fist at the heavens – crying out “Why!?!?! Why have you cursed me this way! Now I will get wet.”

We know rain is a FACT of life. It’s not a belief.

People don’t run around in anger at the cruel injustice of water falling from the sky.

So you put on a raincoat, get an umbrella – and you DEAL WITH IT. 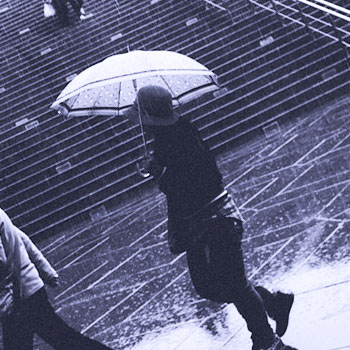 So in the same way, if you know that a man’s sexual desire is simply a FACT OF LIFE (it’s not a belief, it’s a reality borne out of science and everyday experience) –

If you know this is how he is, do you shake your fist at the heavens?

Do you make yourself feel sick at the revelation, J?

You make the decision to A) Not live in denial, and B) find out how to be the woman that men don’t feel the need to push away.

You become one of the women who are calm, confident, and can deal with the truth of men being different from women.

I show you exactly how to do this in: Forever Yours – The Secret Password To His Heart

Yes, this program is controversial.

Yes, it tells you things the other “gurus” don’t dare speak aloud… they’re just too busy trying to get their own TV shows or something.

Brooke from Australia said this:

“Carlos, It’s about time that I told you ….I LOVE what you do.

“I love everything about relationships and I find everything you teach so interesting.

“You have so much wisdom and knowledge and I just want to say thank you! Keep inspiring. Your passion shines.”

Remember – the truth shall set you free…

Live with Passion – Love with Smarts!