Unleash Your Femininity - And STILL Be Empowered!

It's time to unleash your femininity - and be empowered in the best way.

But in today’s times, being feminine gets confused with losing your ‘street cred’ with the guys.

Given the decades-long struggle for equality, some women have been motivated to show everyone that they’re just as smart, talented and hardworking as their male counterparts.

And there’s nothing wrong that. I respect women who put themselves out there and make the most of their potential.

However, this can become a liability when you’re trying to attract a guy. 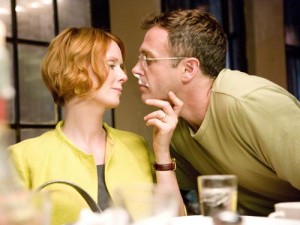 Bragging is a Two-Way Street

You know how annoying some guys are when they’re always talking about how badass they are? You’ve probably heard a variety of the following:

Pretty eye-rolling stuff, right? Well, there’s a female version of that too, sorry to say.

Women only need a few subtle hints to find out what guy’s social worth is. Anything more is a turn-off.

In the same way, men don’t like it when women go overkill with how strong and self-sufficient they are.

I mean, we get that you live an awesome life just like us and you don’t need a guy to validate you. The way you carry yourself and your general outlook on life are more than enough to help us connect the dots.

I might add that any quality guy would want someone he considers an intellectual equal and can stand toe-to-toe with.

But that’s not the point when it comes to attracting men.

On Being “One of the Boys”

There’s a line from the show “Game of Thrones” that goes, “Any man who must say, "I am the king" is no true king.”

Constantly letting him know how much of a badass you are could be misinterpreted as insecurity.

That’s why you need to compliment the other side of your personality with feminine traits that men generally don’t have.

Here’s what I’m talking about:

I think the one thing holding a lot of women back from doing these is FEAR of looking ‘weak’. Deep down, they’re worried that indulging in anything ‘girly’ will betray their fellow women.

…or simply think that it’s just ‘not their thing’…

…embracing your feminine side doesn’t take away anything from your other qualities.

You don’t have to follow a prescribed set of behaviors to fit some mold that doesn’t work for you.

At the same time, if doing something out of your own free will feels right, then you don’t have to be sorry for it.

Forget what other people – or other women specifically – think about how you live your life.

As long as it’s coming from a place that’s genuine, you can be as ‘girly’ or feminine as you want.

Sometimes, connecting with a guy is as easy as showing him that other side of you. But if you’re looking for a sure-fire way to create a lasting connection, you need to know what his Connection Style is.

Once you’ve got that figured out, he won’t be able to resist your feminine charms. Click here to find out more.