How Do You Date A Shy Guy?

How do you date a shy guy? What do you do if he's a quiet guy?

IMAGINE: A guy keeps glancing in your direction and you really dig him. 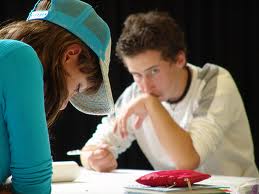 Give his best “pickup line” so he can swoon you and you can have that chance to flirt back.

You could wait for him to make a move… but what if he doesn’t?

What do you do? What can you do?

First, you need to understand two things about what a shy guy believes about himself:

This might be because of his social standing or not being super financially successful that makes him feel inferior and insecure than other men with higher status.

It could be because he doesn’t have those six pack abs or model-like look that he thinks women go for. 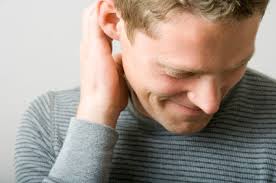 According to a recent survey from “Psychology Today”:

If these are the makings of a shy man, what do you need to do?

Here are a few tips you can do to proactively start to give Mr. Shy guy a chance to be with you.

If you see him looking at you, smile back.

Smiling is such a powerful thing. 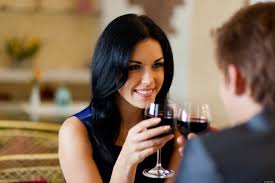 It exudes openness and warmth - two things he’ll need to feel safe and secure around you.

Smiling gives him a little bit of encouragement – that boost of confidence to let him know that you’re not going to reject him if he approaches you.

And that’s a huge part of the inspiration that makes men take that risk.

If he doesn’t take the bait to get up and talk to you, you might have to be the one to do it.

But it’s okay, because you don’t have to put yourself out there too much.

This is when you have to ask yourself, “How much do you think you might like him?”

If the answer is “A LOT”, well, then approach him.

All you have to do first is put yourself in range of him. Find an excuse to be close enough to him where he feels that he only has to put a little effort in to open the conversation.

If he still doesn’t bite, you might need to get a little more assertive.

Once you’re near him… it’s not hard to make small talk.

You can start it off with a simple “Hi”, then, follow it up with anything that’ll get him to respond.

Say something like “This place is pretty busy, huh?”

Your objective is to ease the tension a bit, and let him feel comfortable enough to start the conversation with you.

It’s a good way too to remove his nervousness which any quiet guy has when his with a woman. But from here on out, he has to take the reins and make the conversation move forward.

You don’t want to get into the role of rehabilitating Mr. Socially Inept.

Flirt with him subtly so he senses that you have an interest in him.

Give him that confidence so that he can feel assured that there’ll be no rejection coming his way if he considers asking you for your number or for a date.

You might feel you’re doing all the work here – and you will be putting up a little extra energy, at least for the first few minutes.

Again, it’s only to show him the open door. You can’t force him to walk through it.

Otherwise, there will always be a part of you that will wonder if he would have done it if you hadn’t initiated. Which is why you have to know when to step back and see if he will take over.

From there on out, you have to know he will Man Up and make things happen. Right now, you’re just giving him the safety of knowing that his ego won’t be crushed for taking the risk.

Want any guy to irresistibly desire you? – watch this video now to reveal the secret way to opening a man’s heart….