“Where Is This Going?” 7 Tips For The Talk & Defining The Relationship

If there’s one conversation that you’re going to freak out having – it’s the Defining The Relationship (DTR) conversation – otherwise known as the “Where is this going?” relationship talk.

And it should freak you a little. Guys aren’t keen to have this “Where is this going” conversation.

Do you know why?

It’s because he’s afraid of making a commitment that he’s not sure is the right one for him.

You see, guys really need to know that they’re not “betting on the wrong horse” – as the saying goes. He wants to know that this decision is right for him.

He has a lot of questions in his head:

The fact is that marriage for men is a gamble. No two ways about it.

As evidenced by countless divorces in the U.S. alone, a failed marriage can ruin him financially, and he can lose his children in the process. Women suffer as well, but men often find themselves with the short end of the stick.

There was once a belief (and assumption) that children should always live with their mother following a divorce. Most states no longer have that presumption. (In fact, some states have passed laws stating that there is no custody preference for women over men.)

Despite this change, mothers are still more likely to get custody when the parents divorce. In fact, 9 out of 10 women get custody vs. men.

So men are very careful about making a big commitment.

But rather than get bogged down in all this talk about why some men avoid commitment, I want to help you navigate these tricky waters.

I want to show you how to define the relationship with him – and not worry about asking him “Where is this going?”

What I’m saying here is, don’t bring up this relationship conversation on the first date.

Yeah, I know you’ve been through a lot. Crappy dates with boring guys…

Sure, you might have had some good dates in there, too.

But no matter how frustrating you feel dating is, don’t start rushing it! 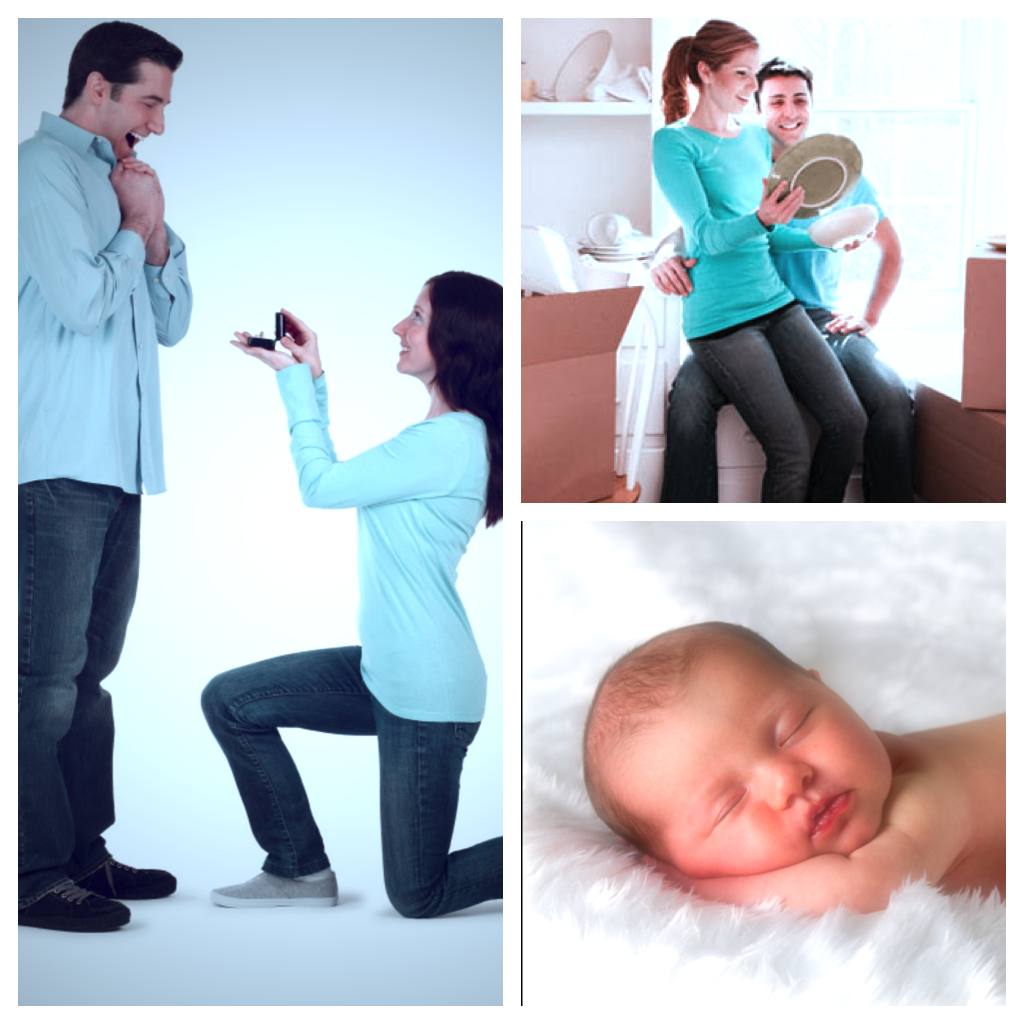 A lot of women feel that since they haven’t had a lot of good experiences, they might as well cut straight to the point. At the first opportunity they hit a guy with:

“Hey, I’m only interested in a SERIOUS boyfriend. You know? One that will MARRY ME eventually… Is that you?”

Now, I’m sure you probably didn’t say it quite THAT way.

But if you’ve ever decided to sneak in a message of “you better be serious, or hit the road!” – even in the nicest way – you weren’t helping your cause.

Don’t have “THE TALK” out of frustration!

Trying to avoid pain by “being up front” with him will only backfire on you. Relationships (and love) grow by taking your time, and having some faith.

TOUGH LOVE: If you’re too fragile to let things develop naturally, you probably shouldn’t be dating.

Now, there’s something called the “three month rule” that says this is about the time to have this conversation. In reality, it can happen at any time… but you’re going to do much better if you wait for a relationship to form between you before you go into the Defining The Relationship conversation.

I’d say you should start getting ready to talk more seriously after the first 4-5 dates.

Tip #2 For Defining Your Relationship: Don’t Assume You’re His Girlfriend…

This one is going to make you scratch your head – but the reality is that a lot of guys can date you, spend weekends with you, sleep with you, and NOT think they are “IN a relationship.”

A woman might think that these options define a “committed relationship” but that isn’t necessarily how HE sees it, so you have to know. 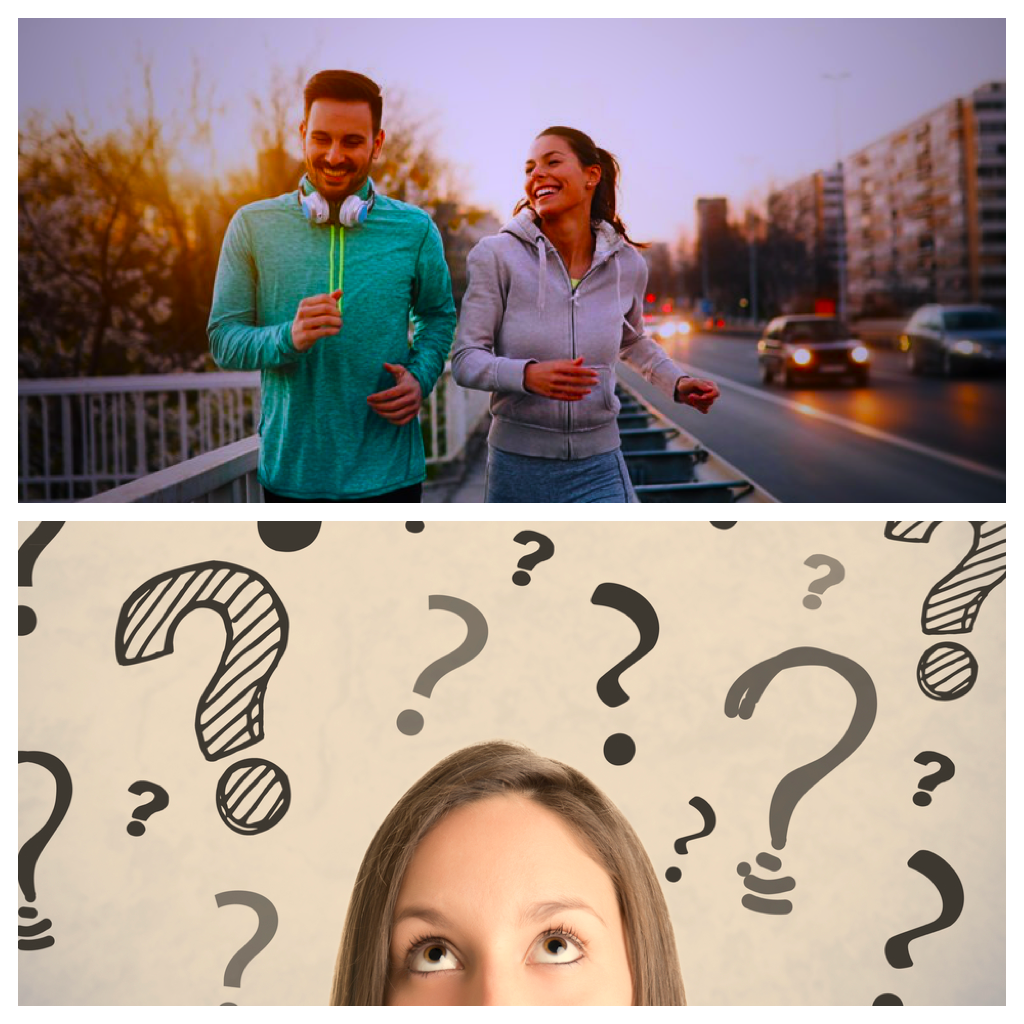 Where is this going?

Guys are simply much more likely to not consider themselves your “steady” based on the same criteria YOU would. And that means they will assume the relationship is in the least committed state possible.

Every one of us comes from a different perspective on relationships, so you can’t ASSUME anything.

Misunderstandings about the status of your relationship will cause you a lot of pain. And the amount of pain is in direct proportion to how long you let him “think” you’re just casual.

Which brings me to another point:

You might declare that you’re only going to sleep with each other, and he can still believe you’re not “committed.”

Yes, it can happen. There are some guys out there that jump into a relationship just to get the regular sex. (If you don’t know why this is, make sure you watch this video about how men decide if you’re the one for them…)

You have to be really clear with him about this, because there are some guys that will really try to bend the rules – simply because they have a really hard time getting laid. Sad to say, but it’s a reality.

You don’t want to pile this up into one conversation. 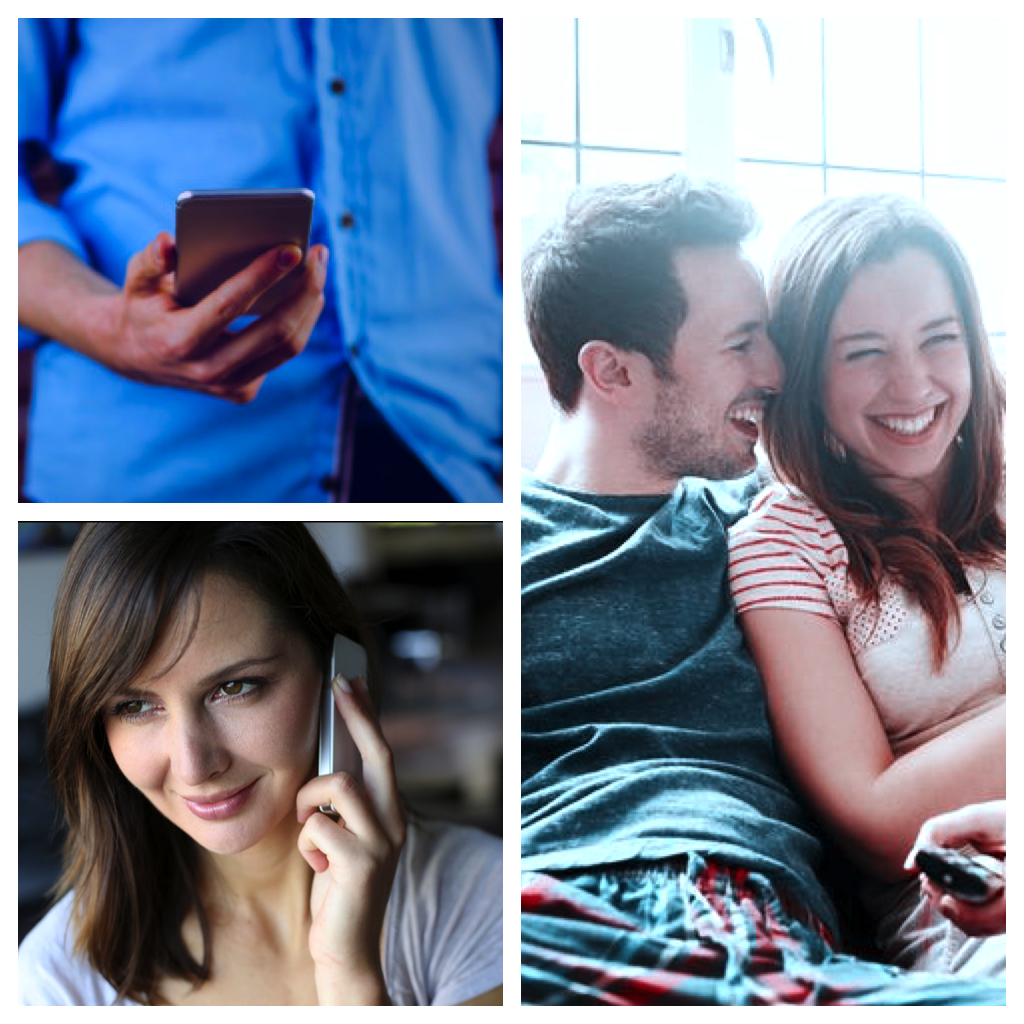 It’s all about the journey…

What usually happens with The Talk is that the woman puts it off for as long as she possibly can.

So rather than wait too long, you need to start having micro-conversations about this as you go along. Don’t try to sneak it all into one big heavy conversation.

The big reason for this is that men are easily overwhelmed with emotion in a conversation. If you try to make one big emotional talk with him about commitment, he’ll check out before you open your mouth.

You have to start out slowly, talking about things in more general terms.

If you start right in with: “Am I your girlfriend or what?” he’s going to look like a deer in the headlights. (Besides, saying that to a guy means that you let your frustration out more than your love.)

Break it down into smaller talks – where you both have had some time to warm up to the topic of your relationship.

Think of these conversations as being like jumping into a pool. You want to take it slow as you dip in and start swimming… Not shock the bejeezus out of him.

Tip #4 For Having The Talk With Him: Be Okay No Matter What…

The reality is that anything can happen in this conversation. He could be really into you and want to move forward. 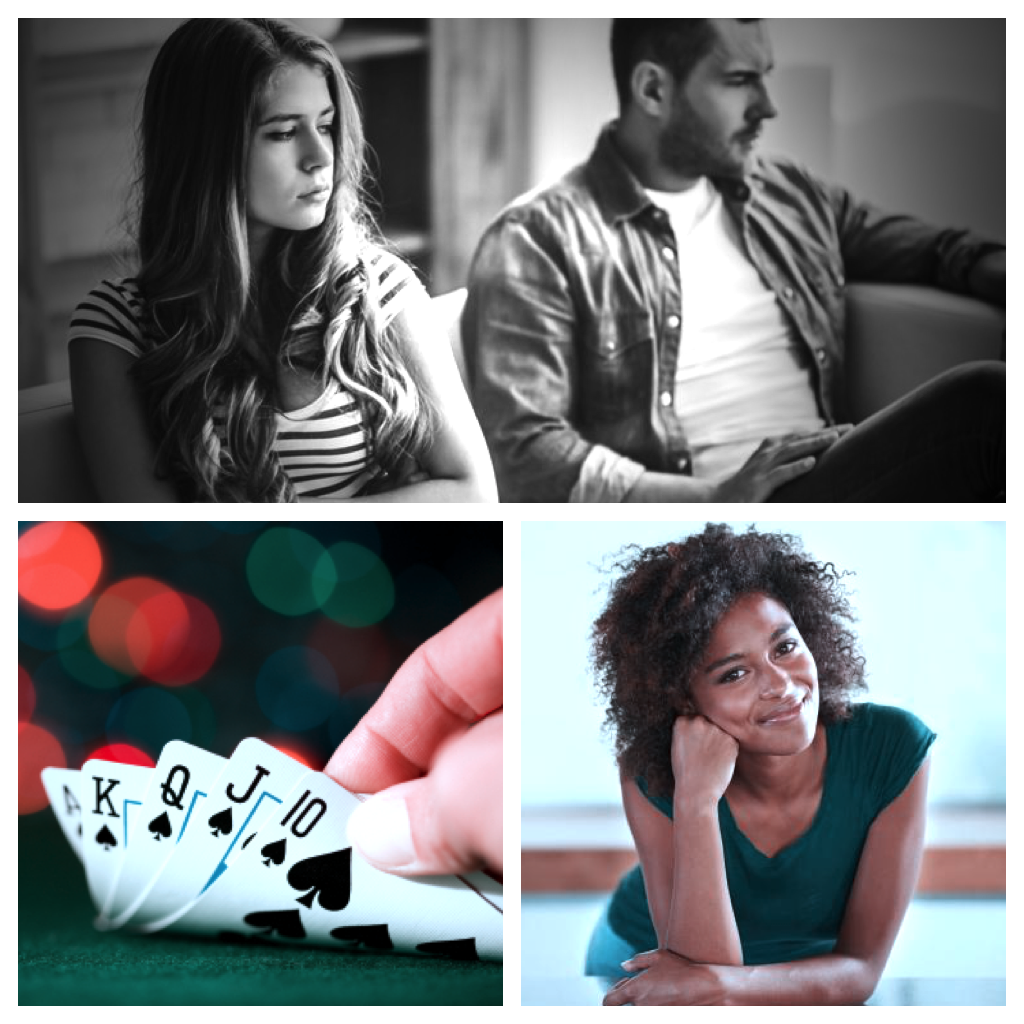 And it’s possible he might not want much more than casual, and you’ll have to decide what to do about that.

Remember: Just because a guy is treating your relationship as casual right now doesn’t mean that he doesn’t want something more. He’s just taking it slow.

So you have to be ready for whatever he might tell you. You have to be REALLY okay with him telling you that he’s not there yet.

Mostly because if you react with big disappointment, he will be really turned off. He’ll feel rushed and he won’t feel heard.

Tip #5 For The Defining Your Relationship Talk: You Do Have A Right…

Look, you have a right to know where you stand with him. This much I want you to understand right from the start.

If you decide to get intimate with him, you have a right to declare your conditions around that. Sleeping with someone – even when casual – is still a big thing. Don’t ever fall into the trap of trivializing sex.

And you should be able to know that he’s being safe – at the very minimum, with you.

I used to have a policy of having me and my partner get tested if we had declared ourselves monogamous. You can’t be too careful with your health.

So I want you to be confident that you do have a right to know these things when it comes to the most important part of the relationship to him: The Sex.

Oh yes. It’s not that he’s only looking for superficial physical gratification. Sex is THE most important part for him, because THAT is where men get most of their relationship needs met.

Having a REAL conversation about another person’s feelings about you, your feelings about them, and putting your heart and soul out there on the line is not always easy.

In fact, that level of vulnerability is often completely terrifying for many people. 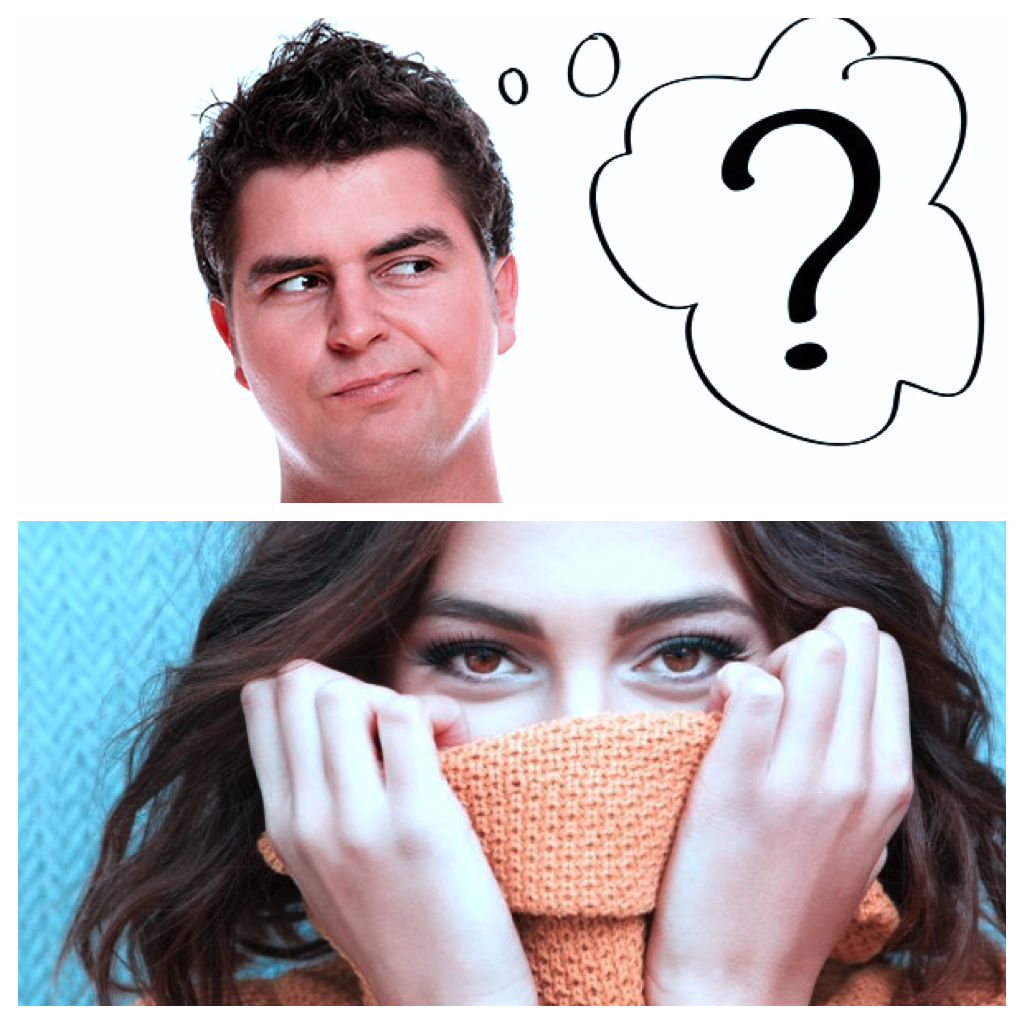 Feelings can be are messy and weird…

The more insecure you are, the less likely you will allow yourself to be that visible to the other person. We are all hiding and protecting parts of ourselves that were hurt back when we were kids.

So accept up front that this conversation is likely to get a little weird. Downright awkward, too.

You have to be settled down in your emotions to handle it with the gentle compassion it requires.

There’s two of you in this, don’t forget. He’s also really keen to keep his feelings from getting smashed in a conversation.

So make sure your communication is already going well before you launch into this talk. You have to avoid over-sensitivity, as well as any sore spots to keep the conversation flowing and relaxed. And not turn into a blow-out argument.

Tip #7 For Knowing Where You Stand: It’s not always necessary!

Some women feel that “The Talk” is necessary to define the relationship. If you have a need to HEAR from him how he feels about your relationship, you might push to have a conversation about it. 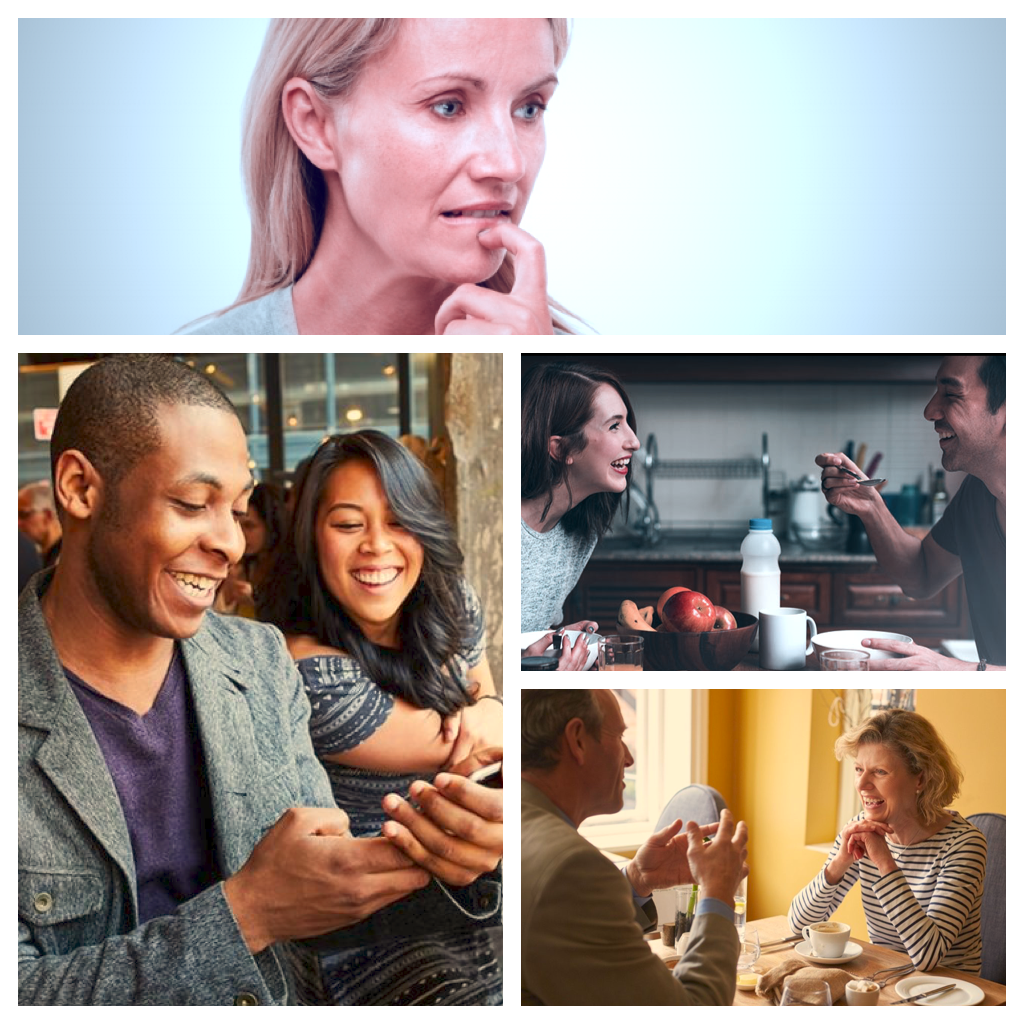 But here’s something to consider: Men most often SHOW their level of commitment to you in their ACTIONS. Not in their words.

Meaning that guys are more likely to show you how they feel than tell you. For the simple reason that he might not know the right words. Guys just don’t have the same vocabulary to describe their feelings.

So don’t discount the acts of love that he’s doing for you right now. And every time he sees you.

I had to point out to my wife the things I do from love all the time that she might mistake as just being “courteous.” Things like asking if she needs anything when I go to the kitchen, or taking the time to set up her favorite video game…

Little things do mean a lot – if you know what you’re seeing.

So keep your eyes peeled.

And know that you might not need to have a long conversation about this at all. You might just fall right into the groove. 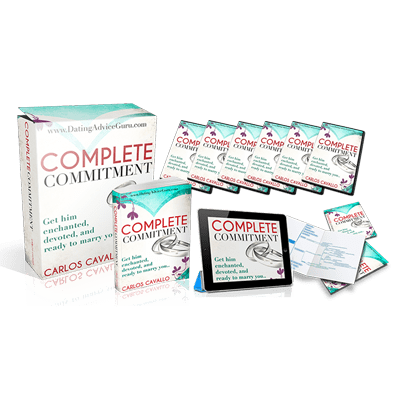 “Where Is This Going?”: 9 Reasons To Have The Relationship Talk Now